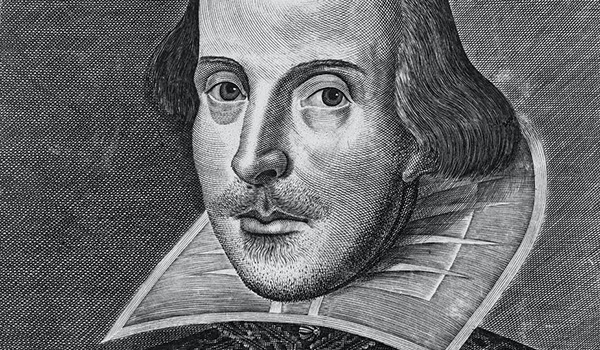 I’m a little surprised that William Shakespeare hasn’t been a big subject for biopics. Sure, his works have been filmed endlessly since the dawn of movies and TV, in countless adaptions and variations. Maybe folks felt that his prose spoke for itself onscreen? There are plenty of books about the Bard’s life, and in recent years, lots of documentaries on TV dissecting his motives, meanings, and life story. It’s just that he doesn’t seem to show up as his own character very often, or at least not much until the past couple decades. Well, let’s compare these few Wills anyway. 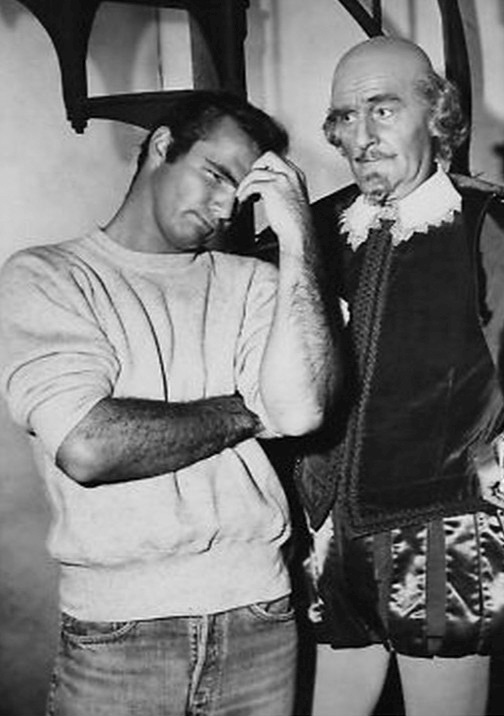 A TV screenwriter calls up Shakespeare’s ghost to help him achieve fame. IDK why, but that’s Burt Reynolds with the Bard.

Joseph Fiennes in Shakespeare in Love (1998) 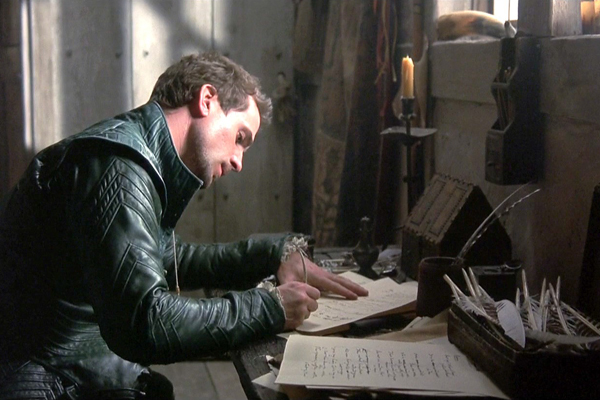 Second part of the year when Joseph Fiennes played all the 16th-c. hotties on film (the first being as Robert Dudley in Elizabeth). I do love this scene where he’s writing & throwing away drafts. 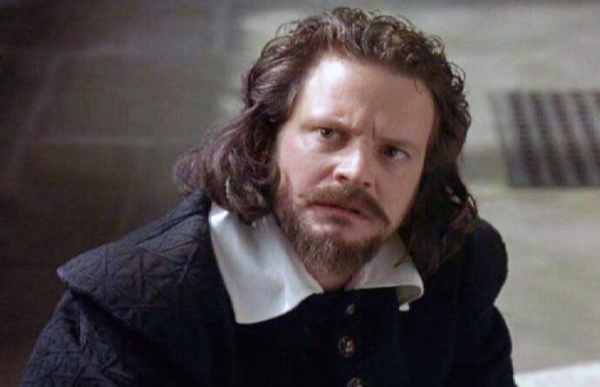 In this millennium special, the modern Lord Blackadder uses a time machine to visit the past & bops Shakespeare on the head “for every schoolboy and schoolgirl for the next 400 years.”

Rupert Graves in A Waste of Shame: The Mystery of Shakespeare and His Sonnets (2005) 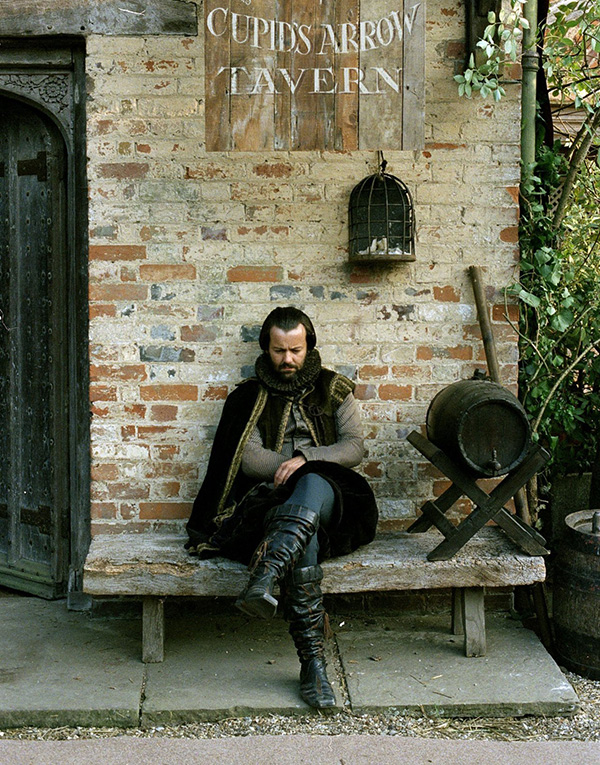 I really need to dig this one up because the cast is excellent & the costumes look decent.

Dean Lennox Kelly in Doctor Who, “The Shakespeare Code” (2007) 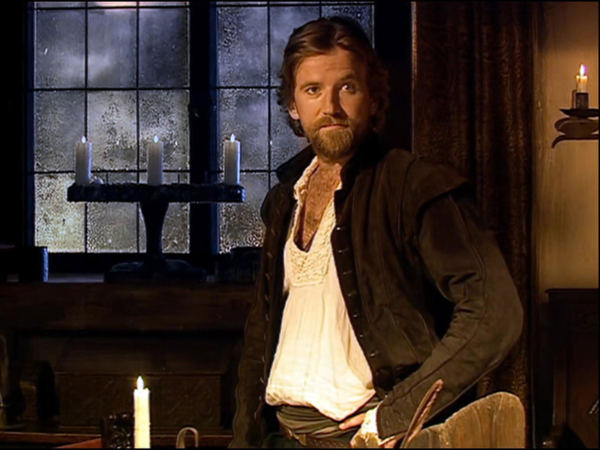 Shakespeare’s lost play Love’s Labour’s Won is the key for a trio of witch-like aliens to potentially take over the world. Of course, the Doctor & his companion, Martha, figure this out & stop it. Will himself is kind of a modern-looking dude with the open shirt & what looks like a suede jacket. 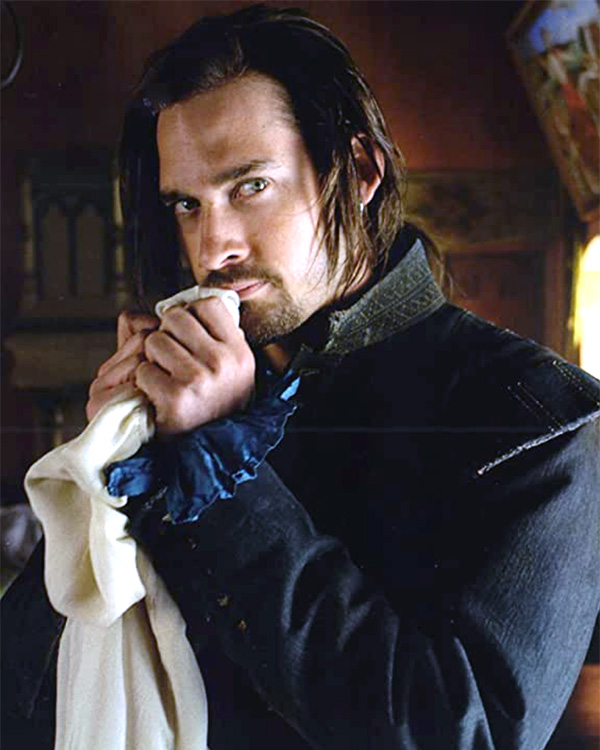 A Spanish rom-com where William Shakespeare & Miguel de Cervantes are friends who fall in love with the same woman. 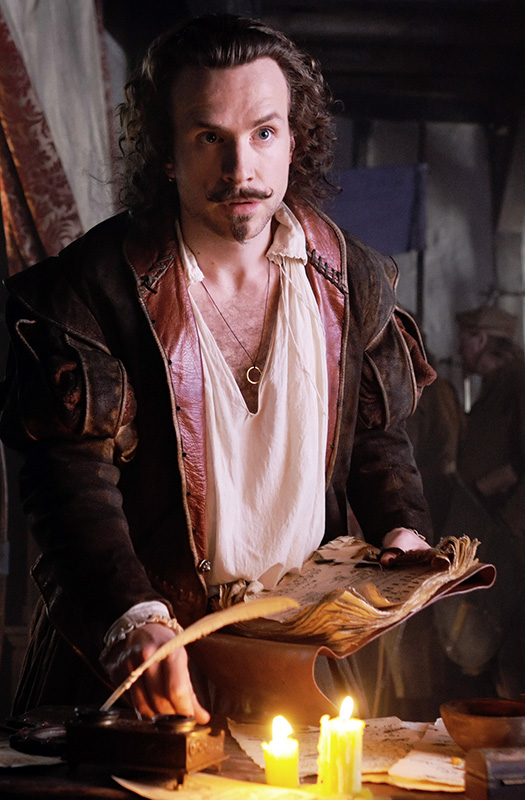 A minor character in this Oxfordian fantasy. It’s all such nonsense, with nice costumes, though the open-shirt trend continues. 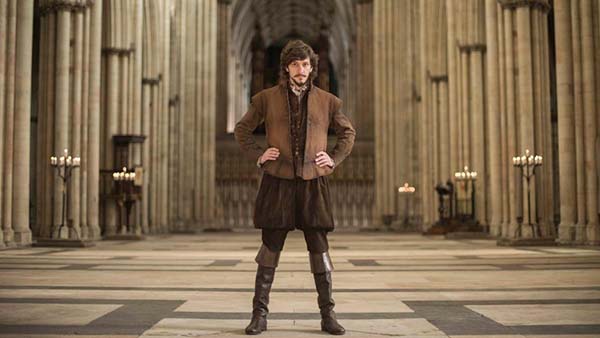 A cute flick with decent costumes, all from the Horrible Histories crew. 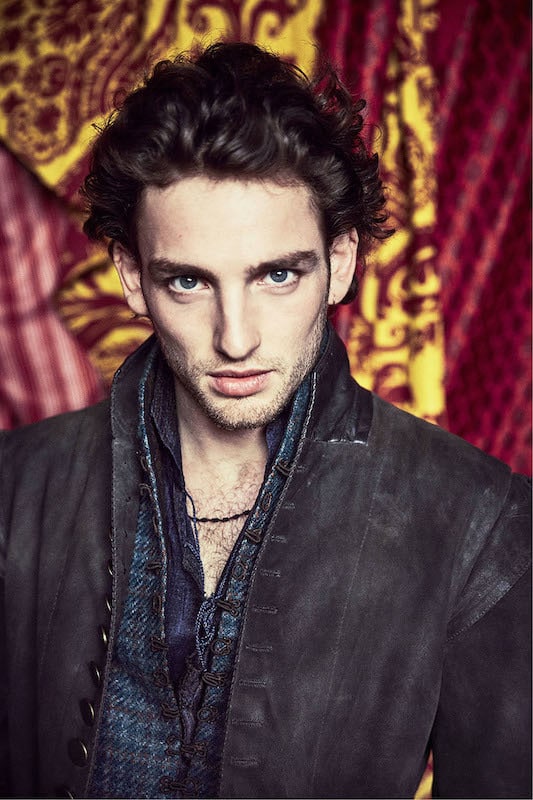 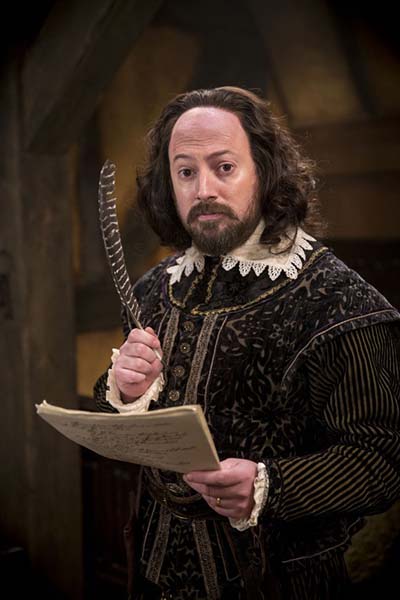 Another British comedy, this one’s had a three series, plus a lockdown Christmas special. Great costumes & really going for the Shakespeare portrait look. 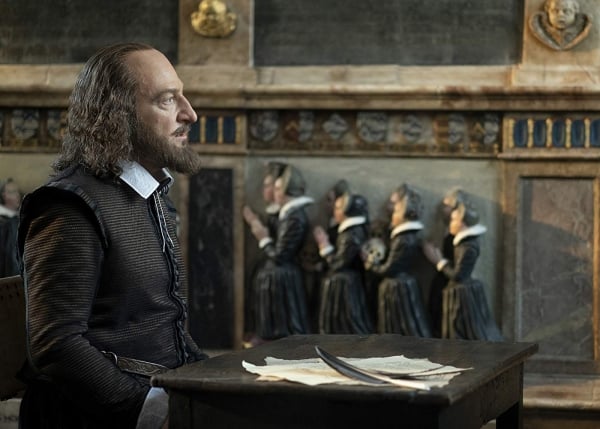 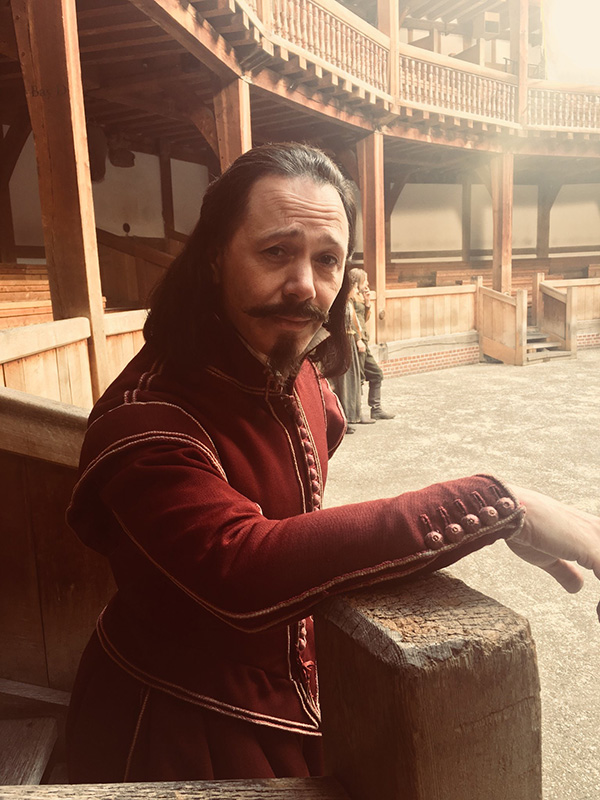 A cameo when the angel & demon pop through the 16th century!

Who’s your favorite on-screen version of the Bard?