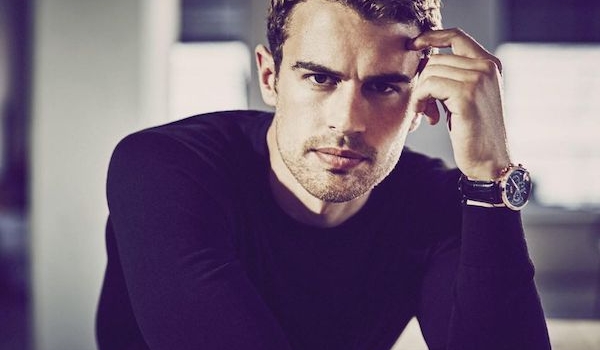 I was reading about the upcoming feature film version of Mr. Malcolm’s List, and noticed British actor Theo James and thought, “oooo! Mr. Pamuk! What else has he done?” I saw Sanditon and felt sad-trombone, but then, Mr. Pamuk! So here we are!

Two married people (Billie Piper and Theo James) have an affair in 1950s England; the story then jumps to the 1980s when the affair is public knowledge. 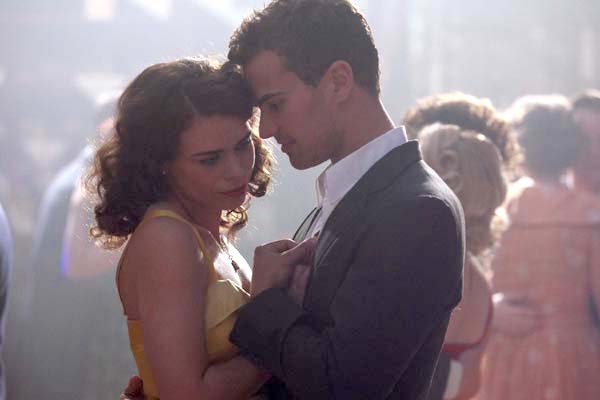 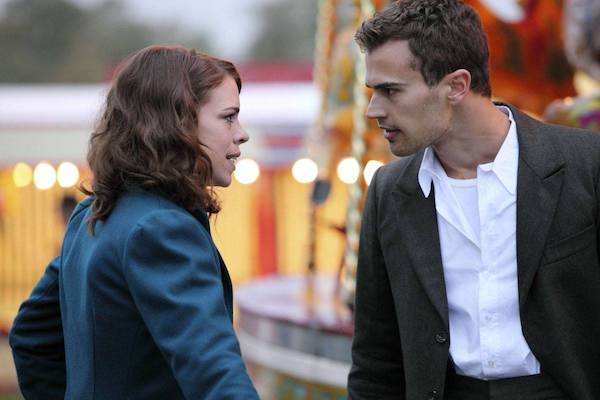 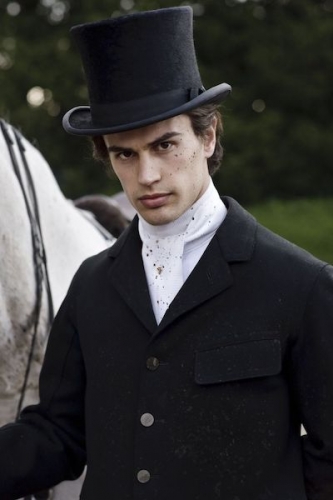 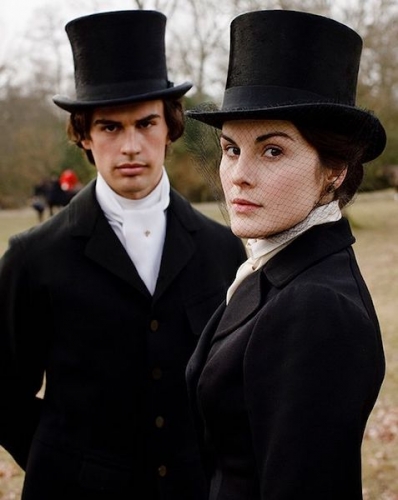 A BBC adaptation of a novel: “the rise of an ambitious young man of humble origin, and the socio-economic struggles undergone in realising his social ambitions in post-war Britain.” With Jenna Coleman. 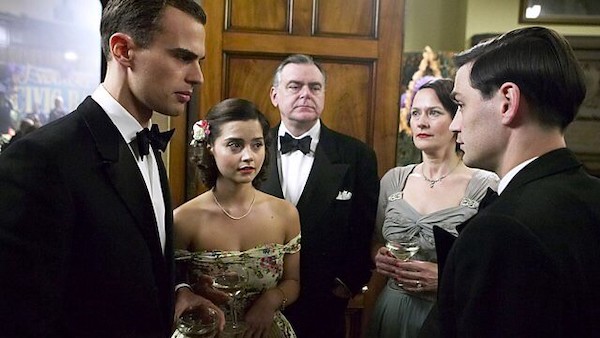 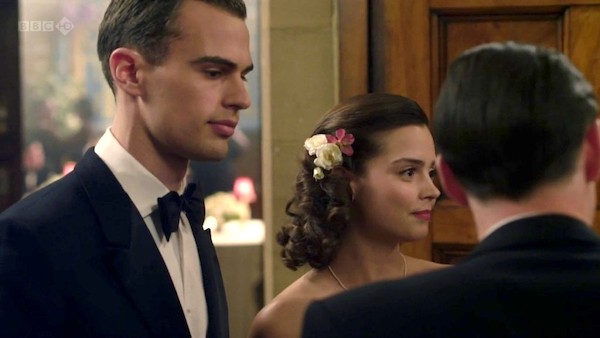 In Ireland during World War II, a Catholic woman becomes entangled with a Protestant RAF fighter, while Theo James’s minister tries to mess things up. 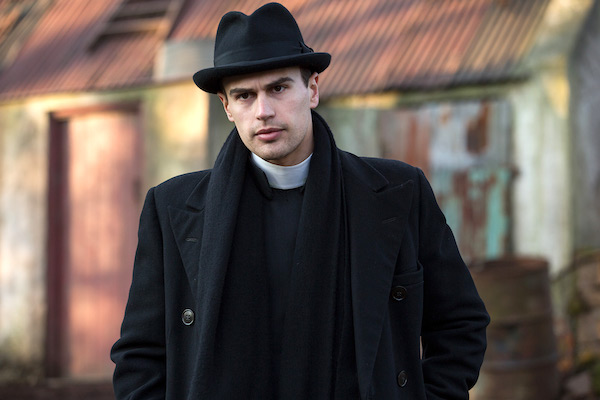 The guy looks great in black! 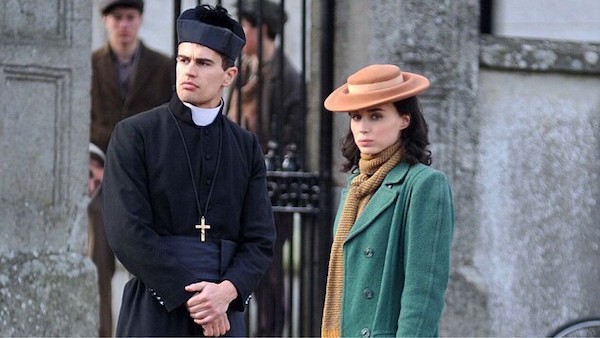 Harder to get excited about. 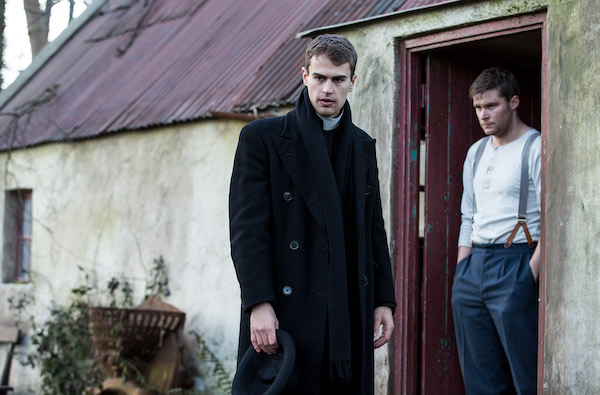 I do love a good wool overcoat!

One of Jane Austen‘s unfinished stories, in which a young and naive heroine navigates a seaside resort in Regency England. James plays the main love interest. 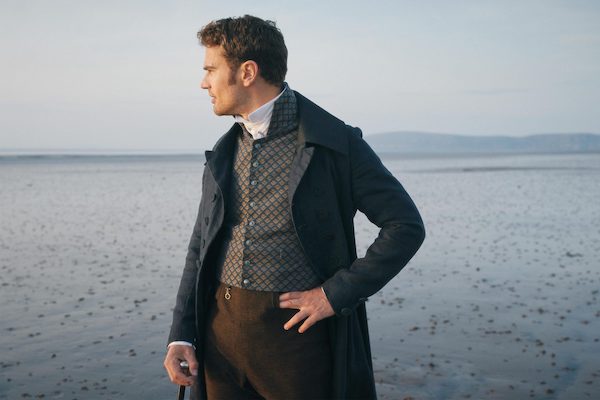 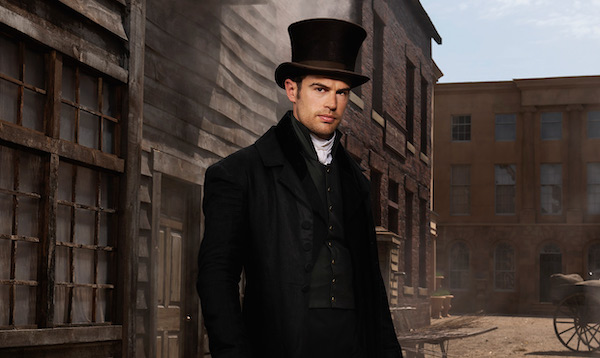 Ok this is a nice smolder. 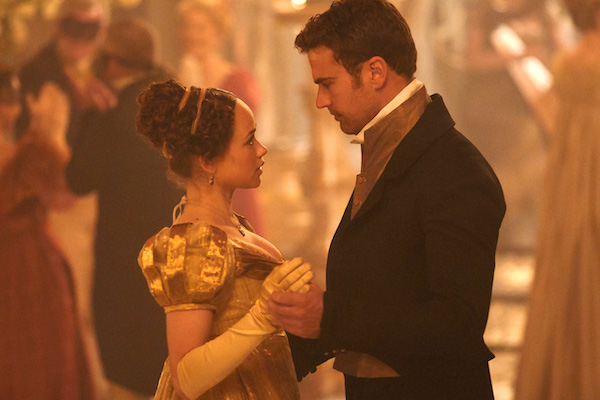 A feature film version of a short film based on a novel, in which a woman gets revenge on a suitor in Regency England. Notable for its color-conscious casting. 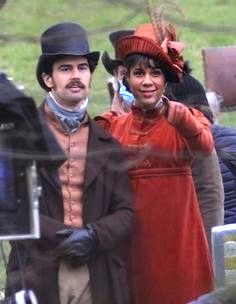 Behind the scenes, with a stache… 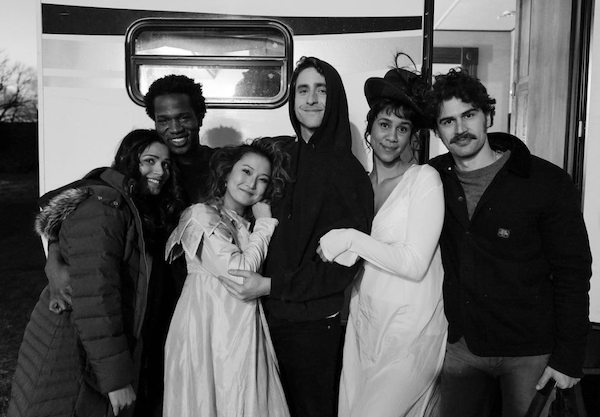 Out of costume with some of the rest of the cast.