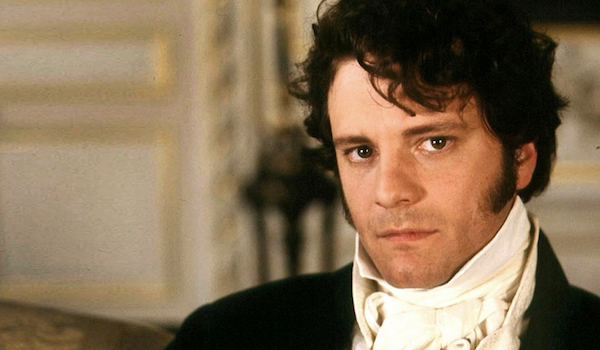 This is the 20th anniversary of the beloved 1995 Pride and Prejudice miniseries, so we’re looking back at that version and Jane Austen’s world. This is the next in a series of many posts about this classic adaptation!

No other Mr. Darcy comes close to being as idolized or as polarizing as Colin Firth’s portrayal of Lizzie Bennet’s saturnine suitor in the 1995 Pride and Prejudice. In the lead up to today’s post, I was idly posting some observations on Facebook about how Firth’s Darcy is the “one true Darcy” and of course, people came out of the woodwork to either join me in enthusiastic agreement, or to disagree and put forth their own favorite actor’s portrayal.

Every generation has their Darcy, and I firmly and unapologetically belong to the generation that cut their teeth on the 1995 production. I was just entering adulthood when the series aired here in America (a year after it had swept the UK with Darcy Mania), and of course the dark and handsome and utterly unfathomable Darcy as played by Colin Firth tapped right into my girlish notions of the ideal man (tall, dark, handsome, and kind of a dick. I was eighteen, cut me some slack!).

Perhaps, one day, we will devote some posts to the other Darcys out there, but since we are celebrating the 20th anniversary of this miniseries, it’s all Firth, baby. 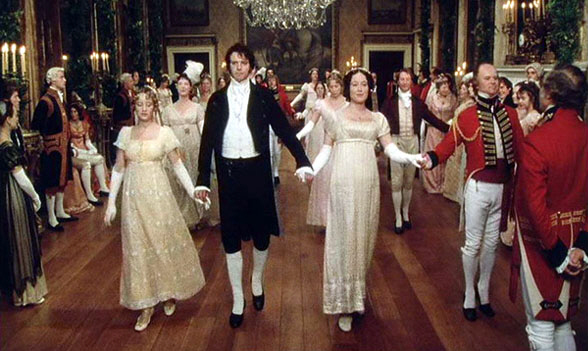 Who can resist a man who dances? And look at those finely turned calves! RWAR.

I argue that this is a way better scene than the swim. And if that’s wrong, I don’t want to be right. 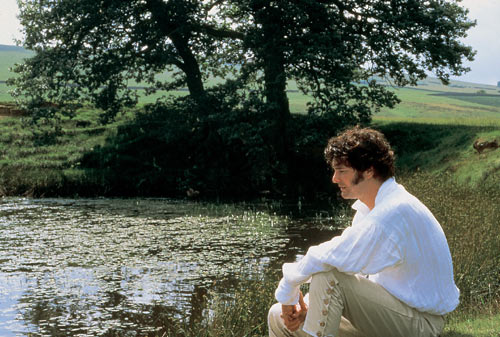 That right there is a man who is struggling with some serious inner demons. Such as, “How can I love a woman whose family are total dipshits?”

The Inquiry After Your Parents’ Health 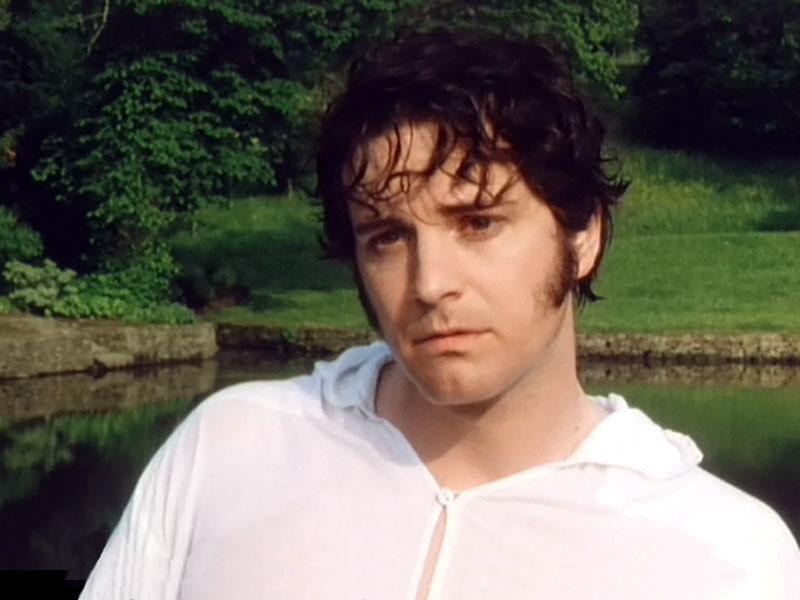 I’m positive that I would have just stood there drooling if I had a dripping wet Colin Firth asking after my family.

I have lost count of the number of women who have said that their one wish in life is to inspire someone to give them this look.