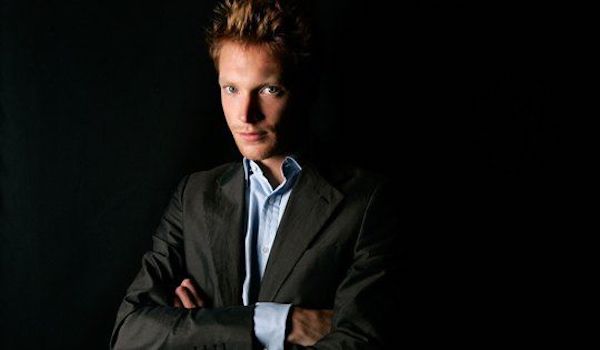 Simon Woods started as an actor, playing key roles in a series of frock flicks and knocking my socks off with his cuteness. He decided to leave acting, got married, and became a writer, with his play Hansard premiering in London in 2019. Nonetheless, coming across him in The Last King reminded me of just how damn cute he is, and I decided he needed some lovin’!

Note: he was in two productions for which I can’t find pictures, TV movie The Queen’s Sister (2005) in which he played Roddy Llewellyn, who dated Princess Margaret of Britain; and Angel (2007), in which he played “Clive Fennelly.”

A TV miniseries about the Cambridge Five spy ring, who spied for the Soviet Union, from 1934 to the 1951. Woods played Charlie Givens. 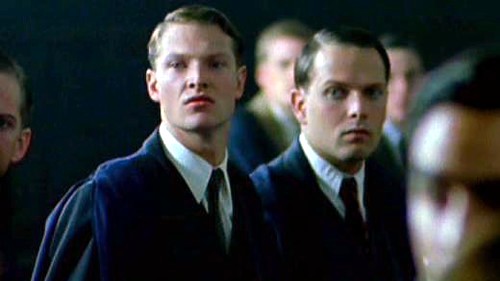 Woods has a perfectly English look, so you can see why he’d suit such a role. 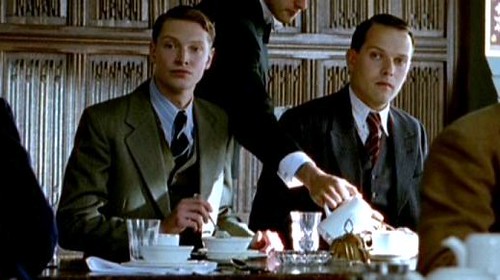 I have no idea if his character is based on a real person. 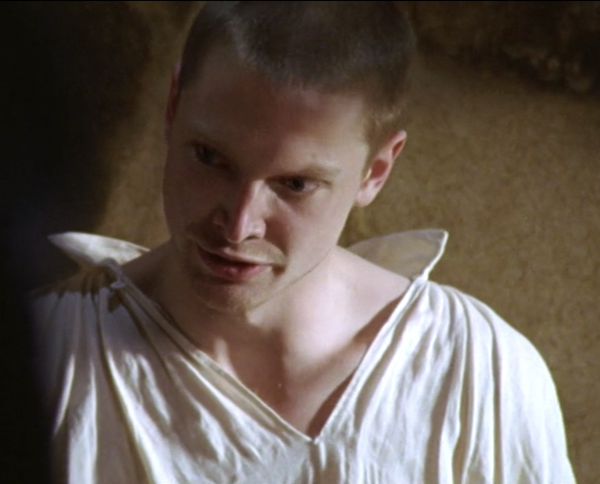 He hops out of bed, stands around in a long shirt, and admits he’s shagging Babs for the money. 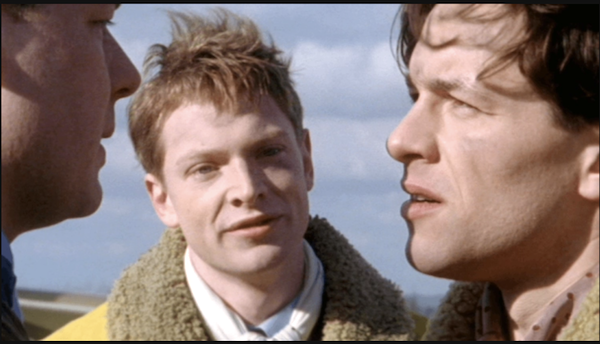 This is the kind of series that totally leaves us cold. 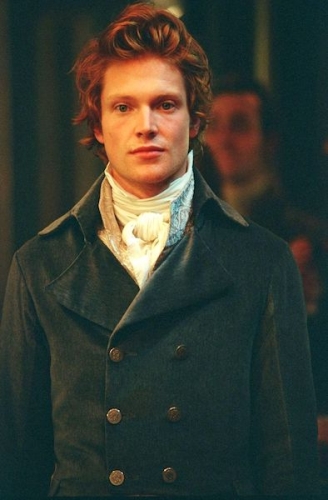 He makes a GREAT redhead, especially with that floppy hair! 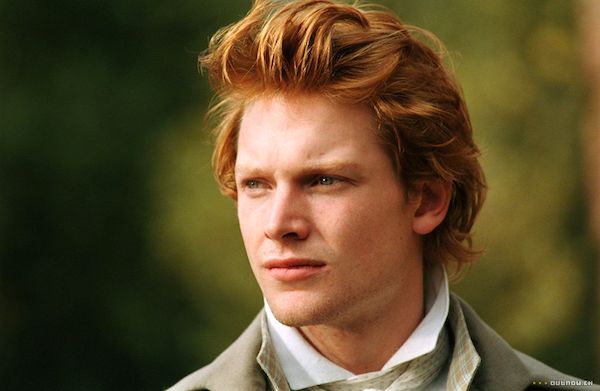 He’s the nicest member of this group! 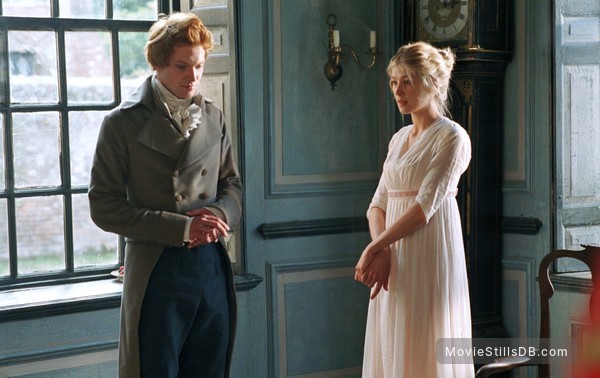 And he rocks those high collars.

Woods plays the small part of “Gifford” in one episode of the Helen Mirren miniseries. 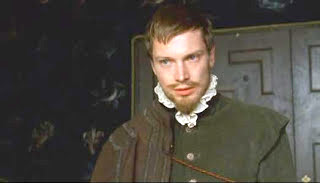 This was the best I could do, sorry!

As the grown-up version of Roman Emperor Gaius Octavian Caesar in the HBO series. 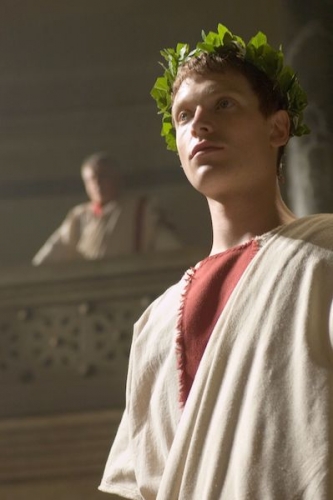 His character is massively messed up, but you would be too coming from that family. 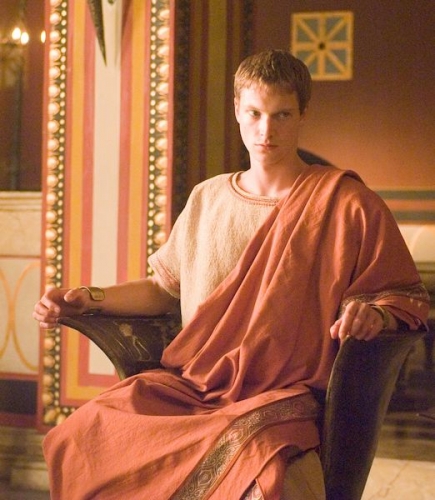 He’s got the manspread down. 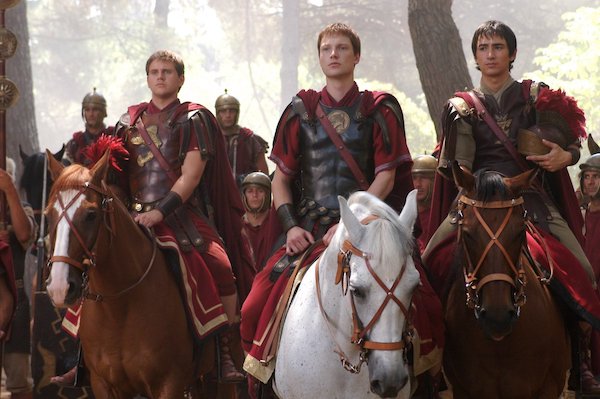 He can pull off regal. 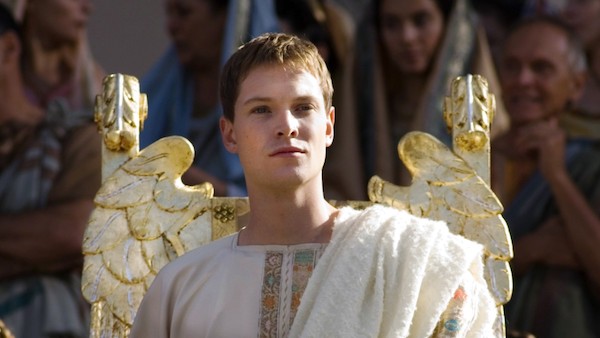 As dreamy Dr. Harrison in this rural English village story set in the 1830s. 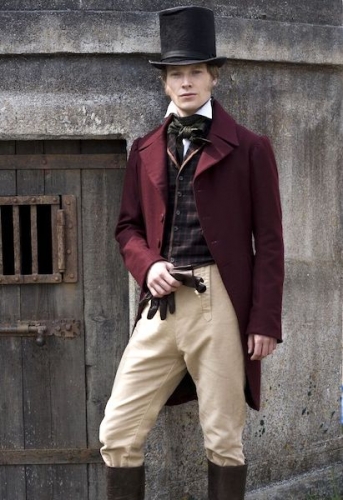 His pants could stand to be tighter, but I’m loving all the layers! 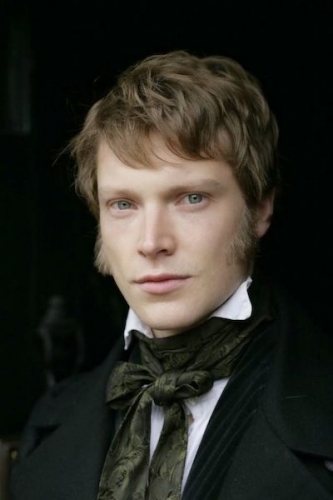 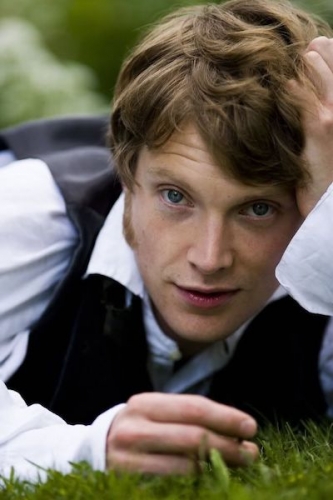 Which of Simon Woods’s period roles do you love best?