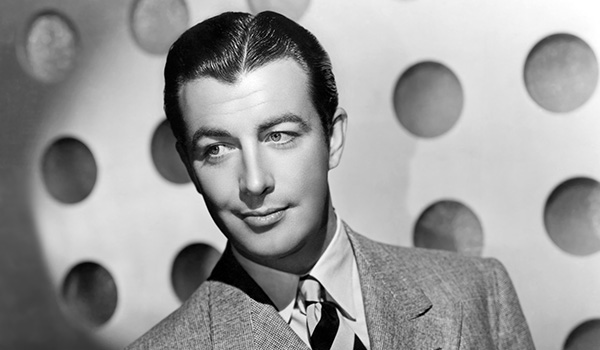 He didn’t intend to become an actor, but his good looks made it nigh impossible to resist getting an MGM contract in the 1930s. And Robert Taylor stuck with MGM through the 1950s, starring in many a frock flick as dashing soldiers, rugged cowboys, and valiant knights. You may not remember him now, but chances are he caught your favorite leading lady swooning in a classic black-and-white film! Based on a real person, Taylor’s character is part of a love-triangle with Joan Crawford’s character in this 1830s drama. Lieutenant Richard L. Perry in This Is My Affair (1937) A crime drama set during the McKinley administration. Kind of a western but also a movie about slavery & plantations? IDK. Supposedly set during WWI, but looks very WWII to me. One of his big westerns (he made a million & I’m not cataloging them all because the pix look the same!). I am intrigued by this cropped leather jacket though. Robert Taylor plays a Shoshone Indian veteran here in “redface,” so not good. At least the New York Times notes that “his is the only role that is not a stereotype” in this film. These medieval-oid flicks are my favorite Robert Taylor movies!

Lancelot in Knights of the Round Table (1953) I think it’s the goatee, plus, of course, I love this kind of costume even (especially?) when it’s not historically accurate. Bushrod Gentry in Many Rivers to Cross (1955) Western-ish — it’s supposedly set on the American Frontier of 1798. My very favorite Taylor movie because it’s a fun, swash-buckling romp, plus that studded costume is da bomb!

Ben Wyatt in Return of the Gunfighter (1966) And, of course, another western, not long before Robert Taylor’s death in 1969.