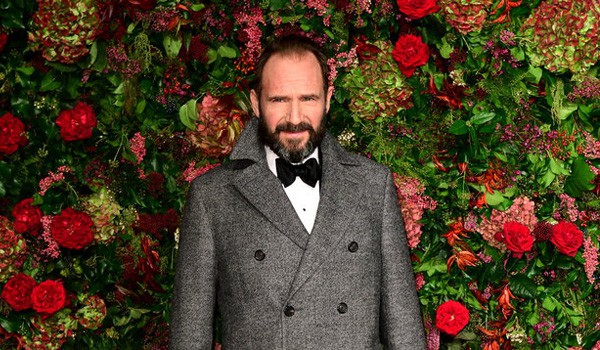 This was a reader request (before y’all deluge us with ’em, here’s how to properly request things!), so I looked him up because I could only remember one or two frock flicks Ralph Fiennes had been in. And … ew, he’s played a lot of historical bad guys and I’m not sure if it’s in the ‘why are the baddies always hot’ way (he played Voldemort, ferchrissakes, no that’s not historical but it sticks in my memory). But he also played a couple personal faves, so I’m leaving the judgement up to you! 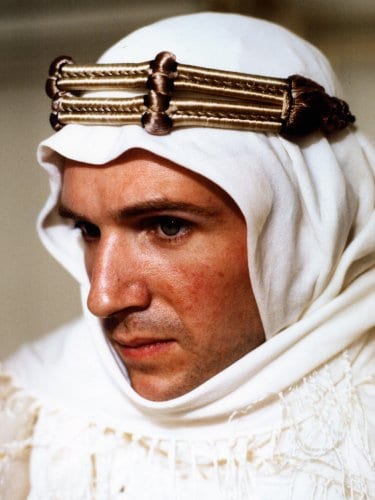 A bit of a good guy? He’s kinda working for the Arab cause in this TV movie. 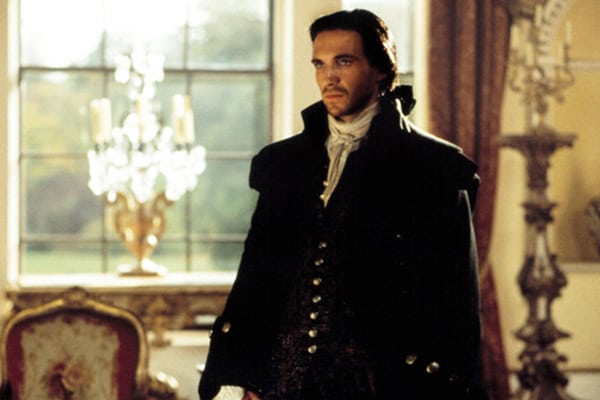 My favorite filmed version of the book, & this portrayal of Heathcliff is the most flattering, but honestly the character is a jerk. 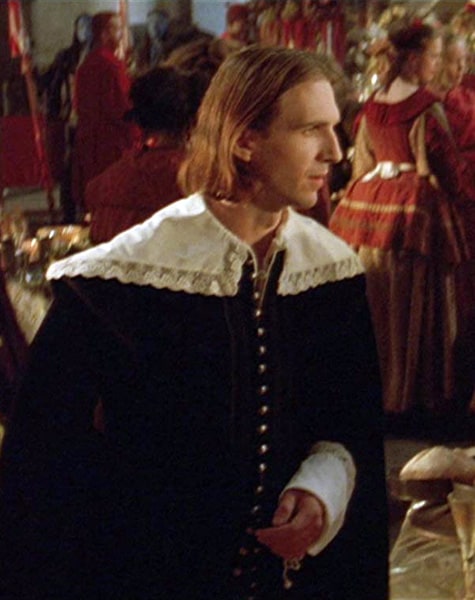 No clue — some crazy artsy flick! 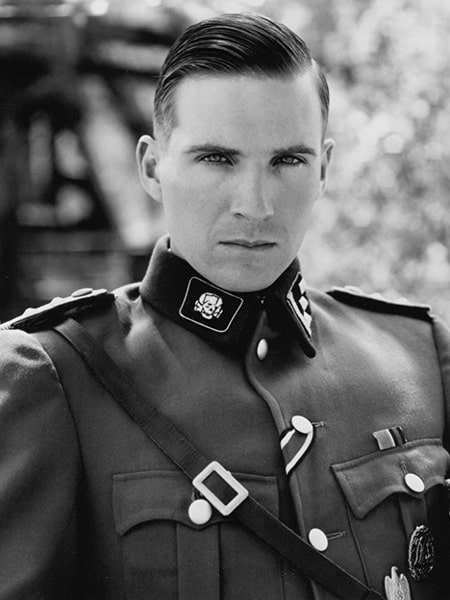 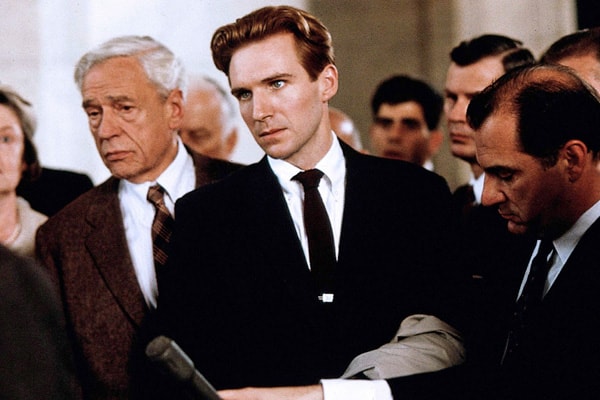 Based on a real case of fraud in the Q&A show Twenty-One, & Fiennes plays the contestant who went along with, so generally a bad guy. 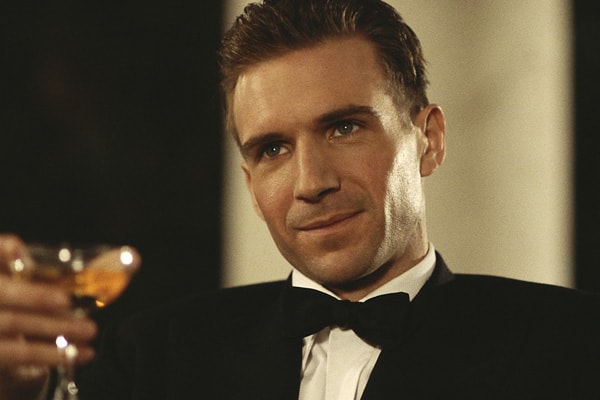 Sexy! Not a baddie!

Oscar Hopkins in Oscar and Lucinda (1997) 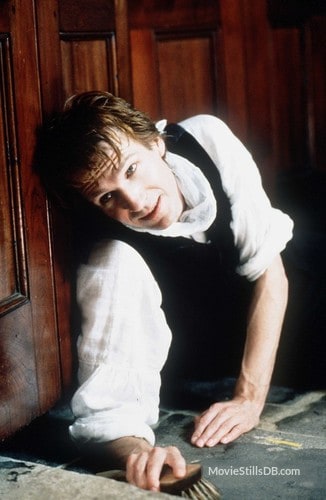 Quirky & sad. Not a baddie! 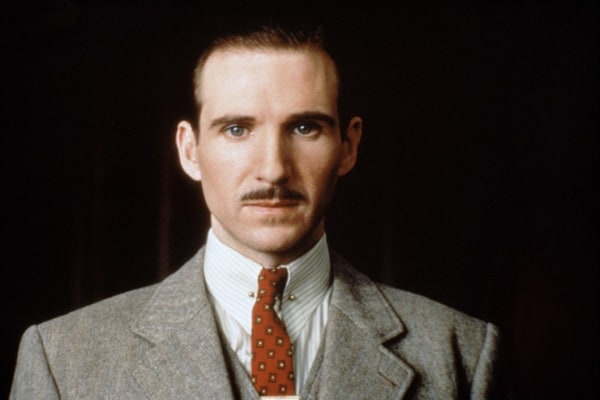 He plays several members of a Hungarian Jewish family over the course of the early 20th century. Complicated, maybe, but not exactly bad. 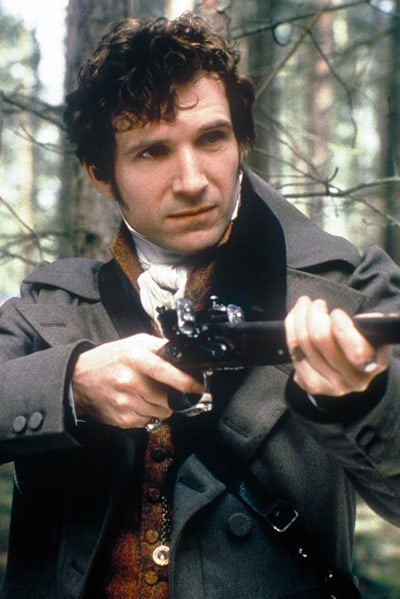 The romantic lead from an Alexander Pushkin novel. Like Heathcliff, kind of a jerk.

Maurice Bendrix in The End of the Affair (1999) 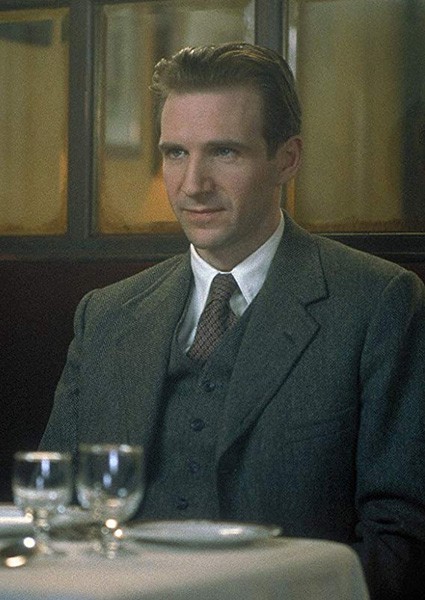 According to one review on IMDB, this character is “a prize prick, unfeeling of others, concentrated on his misery and his work, yet obsessively jealous.” So let’s say bad guy.

Todd Jackson in The White Countess (2005) 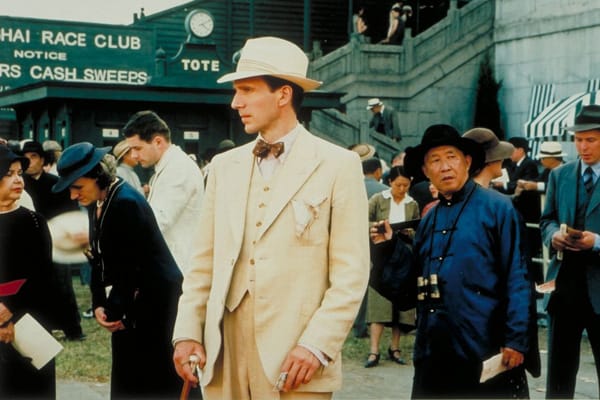 He plays a blind American former diplomat running a nightclub in this final Merchant-Ivory film. Morally ambiguous maybe, but not bad, IMO.

The Duke of Devonshire in The Duchess (2008) 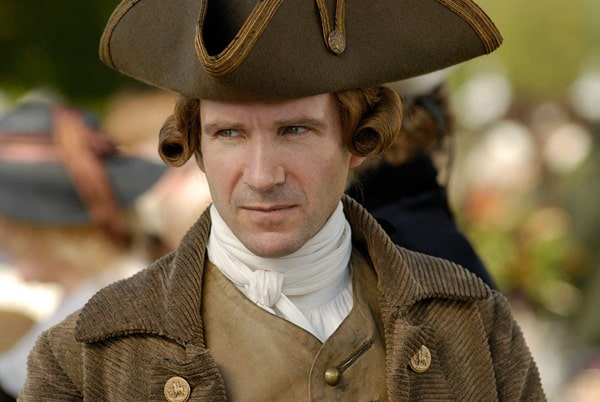 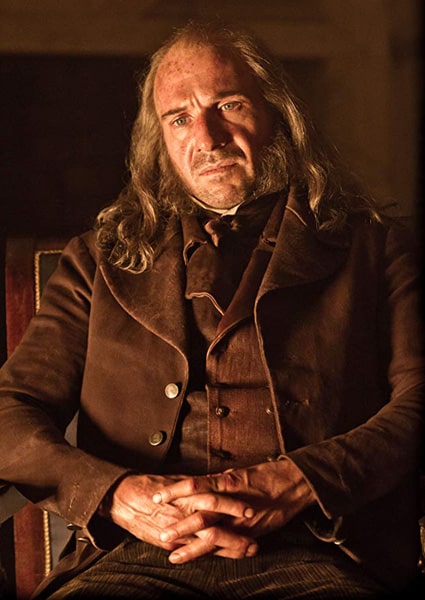 He’s a criminal, but he’s actually Pip’s benefactor. So good guy in disguise?

Charles Dickens in The Invisible Woman (2013) 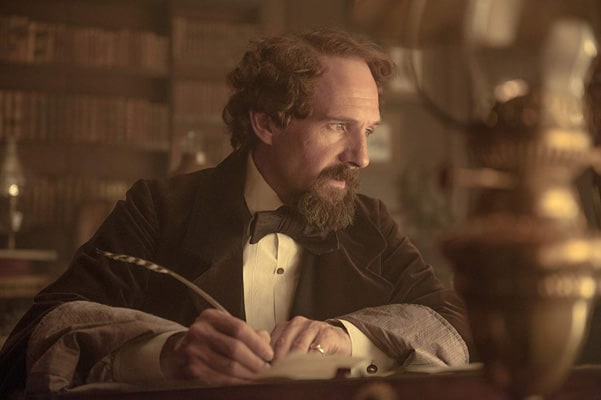 OK, I think Dickens is an ass of a human being, & I feel like watching this movie right now would be a big ol’ #MeToo moment, so I’m not an unbiased judge. 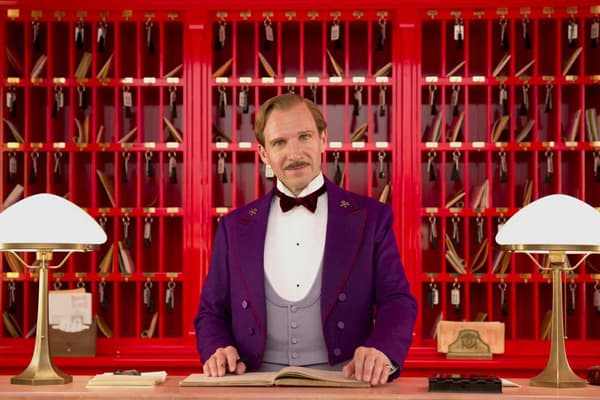 Funny, weird, conniving — but not the bad guy in this movie, really. 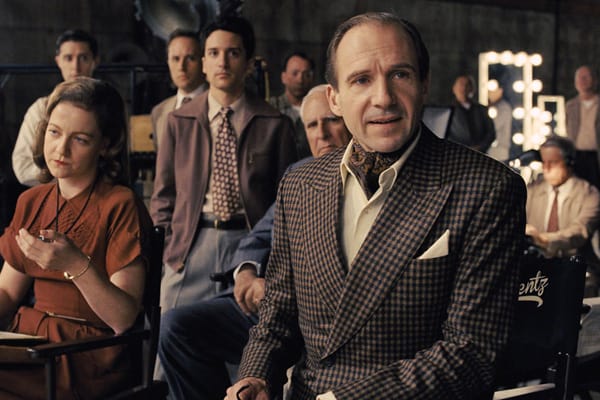 Alexander Pushkin in The White Crow (2018) 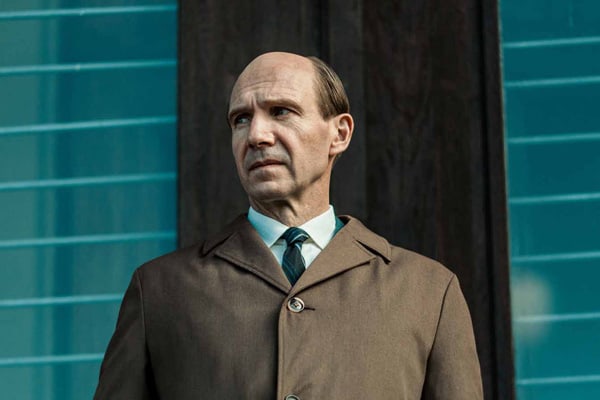 Fiennes also directed this film about Soviet ballet dancer Rudolf Nureyev’s defection to the west in 1961. Pushkin was Nureyev’s teacher, & I haven’t seen this flick yet to tell how aggressive he’s portrayed as trying to keep the dancer in the USSR. 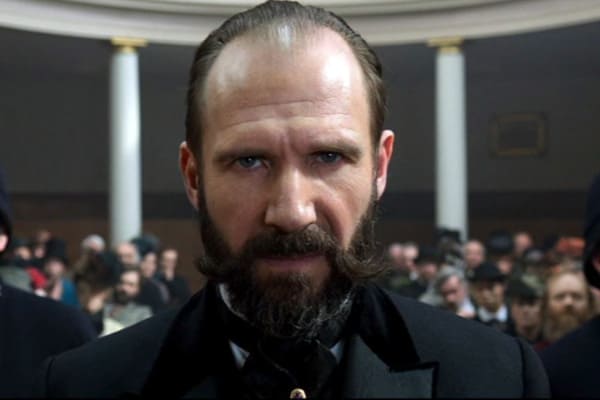 Somebody had to be the bad guy in this dorky comedy!

What’s your favorite historical costume role of Ralph Fiennes? Is it one of his baddies?