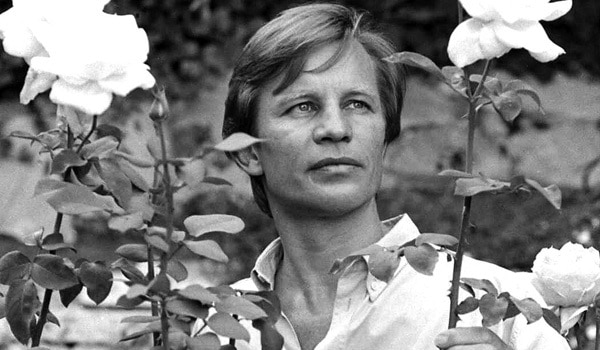 Let’s throw some Man Candy Monday love Michael York’s way! He’s a theatrically trained actor who got his film break in several Shakespeare adaptions. York might be best known to frock-flickers as a musketeer, but he’s dabbled in many historical costume movie and TV roles over the years (along with a self-referential bit as Basil Exposition in the Austin Powers franchise). That’s Michael York in the blue. The first big TV adaption of these novels. Juliet’s cousin, and shit goes down between him and Romeo. The bisexual Englishman caught up in pre-WWII German decadence. Count Andrenyi in Murder on the Orient Express (1974) All aboard for mystery. In his frock flick prime here!

Andrew Braddock in The Island of Dr. Moreau (1977) James Durie in The Master of Ballantrae (1984) Apparently, Google doesn’t want you to have a bigger image of ALL THAT PLAID because I couldn’t find a larger picture :(

King Charles II in The Lady and the Highwayman (1989) Getting the good hair while Hugh Grant gets a mullet.

D’Artagnan in The Return of the Musketeers (1989) Didn’t expect them to come back after 15 years, did you?

Hans-Dieter Stromelburg in Fall From Grace (1994) On the other side of the war… And then kickin’ it during the American Civil War. This time, D’Artagnan’s daughter joins the cause.

Nicolaes Jonghelinck in The Mill and the Cross (2011) About the creation of a 1564 Pieter Bruegel painting, & York plays the artist’s patron.