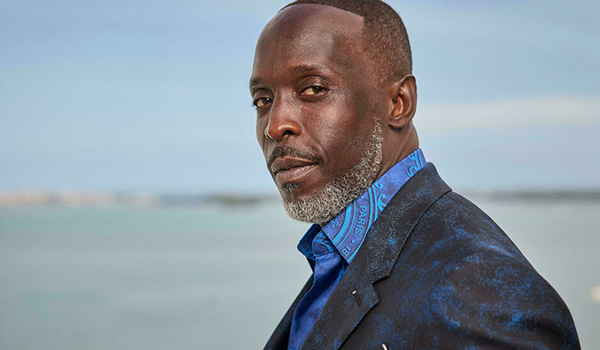 Michael Kenneth Williams (1966-2021) recently passed away and, while he was best known for his seminal role on HBO’s The Wire (2002-2008), he also played key roles in a few historical costume movies and TV shows. Most notably was his striking portrayal of a 1920s bootlegger and community leader in Boardwalk Empire. So let’s give him a little frock flick retrospective as we consider what might have been. Playing a scared soldier during World War II in this Spike Lee film. His character is runs racketeering in Atlantic City & is the unofficial ‘mayor’ of the Black community in town. With tailoring by Martin Greenfield, the suits designed by Dunn were based on 1920s tailoring books from the Fashion Institute of Technology & examples at the Brooklyn Museum and the Met. Filming this true story was traumatic for Michael Kenneth Williams. In an TV interview, he explained that he had an emotional breakdown while filming what later became a deleted scene in the movie. As the husband of legendary blues performer Bessie Smith. Rock Banyon in The Spoils Before Dying (2015) In this miniseries, Williams portrays a real-life activist who confronted racism within the gay community. With Guy Pearce, who plays another gay activist Cleve Jones. Williams didn’t want to fake playing trumpet during his scenes and played with actual musicians and a backing track. Montrose is the father of Atticus, the show’s main protagonist, but Montrose has his own significant plotlines as well. Per IMDB: “Former Buffalo Soldier Mo Washington travels West to lay claim on a gold mine. After his stagecoach is ambushed, Mo is tasked with holding a dangerous outlaw captive and must survive the day when the bandit’s gang tries to free him.” Michael Kenneth Williams stars in this film, and it’s listed as having completed filming, so hopefully we’ll see him one last time onscreen.