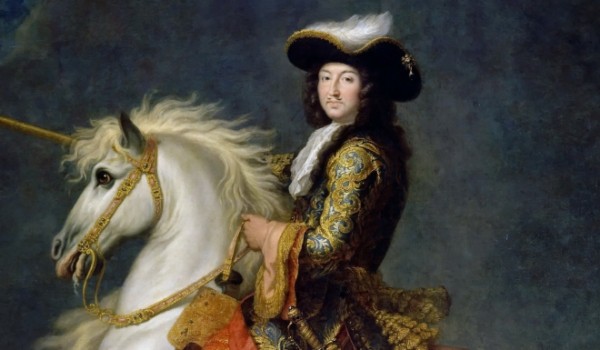 I haven’t watched ALL the films that feature France’s Louis XIV, but I’ve watched a few. So, here are my favorite depictions of the Sun King.

You cannot deny that of all the Louises out there, Chamberlain’s is one of the prettiest. Sandre plays an older version of the Sun King, embodying the requisite gravitas of the king in his middle years. I haven’t watched this one yet, but it’s on my list. DiCaprio was my hands-down least favorite Louis XIV. Read my review on The Man in the Iron Mask if you really want to know the depth of my loathing for this film. It’s been ages since I watched Vatel, but I have never forgotten Julian Sands as Louis XIV. Benoît Magimel is hands-down my favorite Louis XIV. If for no other reason than GOD DAMN, HE’S PRETTY.

I’m saving this one for Snark Week fodder.

Colonel Brandon as Louis XIV reunites with Marion Dashwood who is now a gardener or something. Wasn’t my favorite film, but I love Rickman regardless. Another young Sun King, George Blagden is nothing if not intense in the role. The tension between Louis and his brother Philippe (Alexander Vlahos) is one of the reasons I keep returning to watch the series. Both are exceedingly easy on the eyes, too.

Léaud’s portrayal of the dying Sun King has garnered quite a bit of praise, and I can’t wait to watch the film.

If you have a favorite Louis XIV that you think I should see, tell me in the comments!