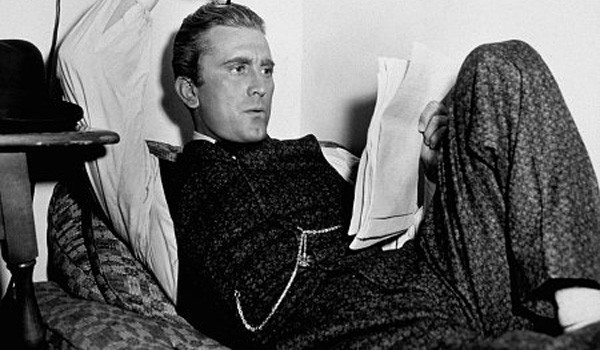 Kirk Douglas passed away on February 5, 2020, and at first, this didn’t seem like a frock flicks loss. Sure, he was an iconic Hollywood star, nominated for three Oscars, and known for standing up against Senator McCarthy’s blacklisting in the 1950s. But looking over his work, I realized that, not only was his 1960 epic Spartacus a historical drama, he was featured in many more throughout his long career. So let’s give him a proper frock flicks sendoff… 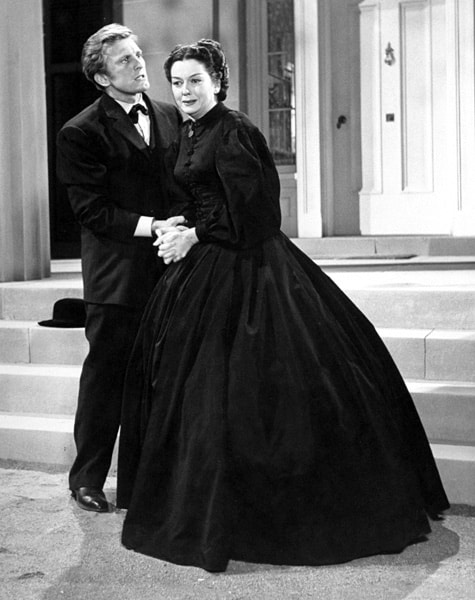 I forgot he was in this Civil War period piece with Rosalind Russell — someday I’ll give it a full review because I did enjoy this adaption of the (admittedly dark) Eugene O’Neill play. 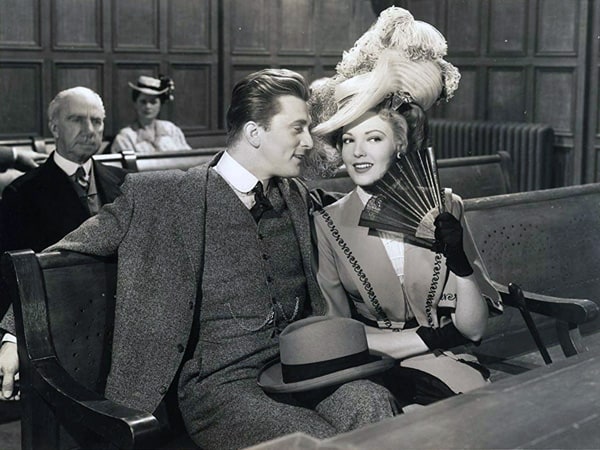 With Linda Darnell. And I have to say that ‘Tucker Wedge’ sounds like a drag queen name.

Marshal Len Merrick in Along the Great Divide (1950) 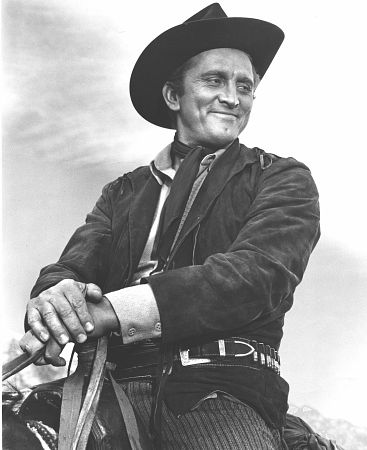 Douglas made A LOT of westerns. 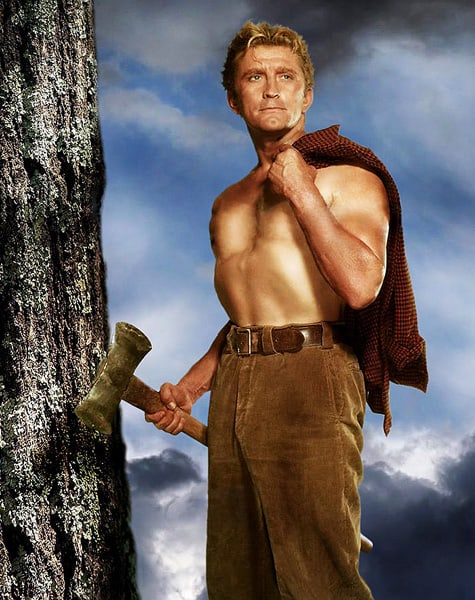 Per IMDB: “A Quaker colony tries to save the giant sequoias from a timber baron.” HMMM…

Unrelated to the above, but still big. 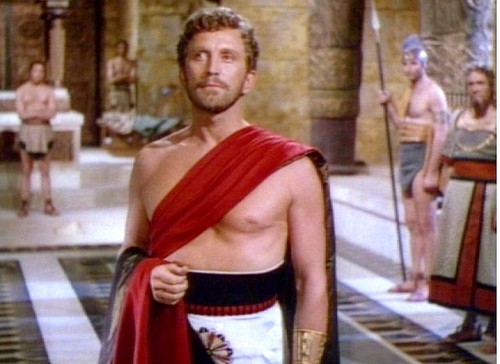 A movie adaptation of Homer’s epic. 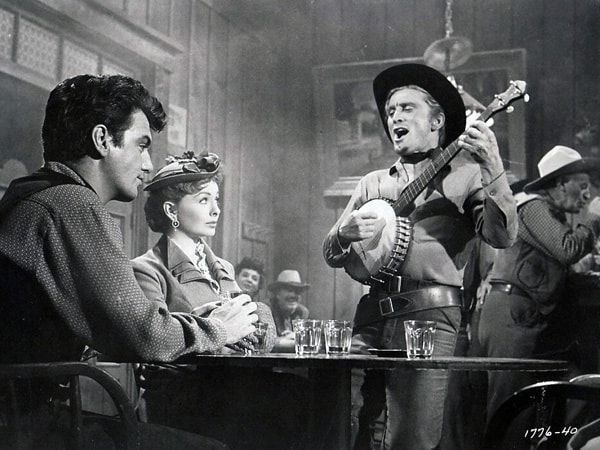 Another western, now with banjo! 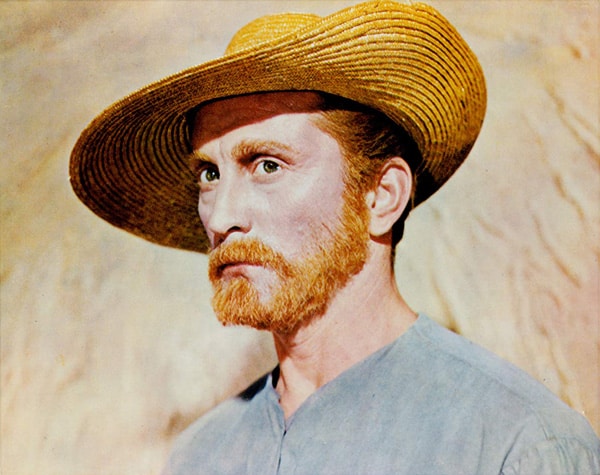 Kirk Douglas was nominated for a Best Actor in a Leading Role Oscar, & when filming in Arles, France, locals thought he looked uncannily like the artist. 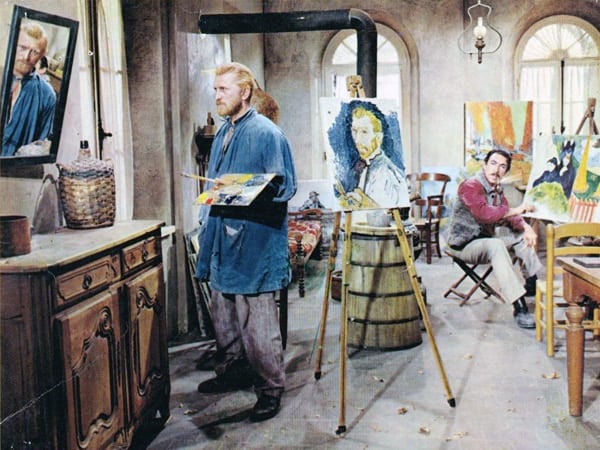 Directed by Vincente Minnelli, the film is beautiful with rich colors like Van Gogh’s paintings come to life. This is one of those ‘sit back and let the art wash over you’ films. 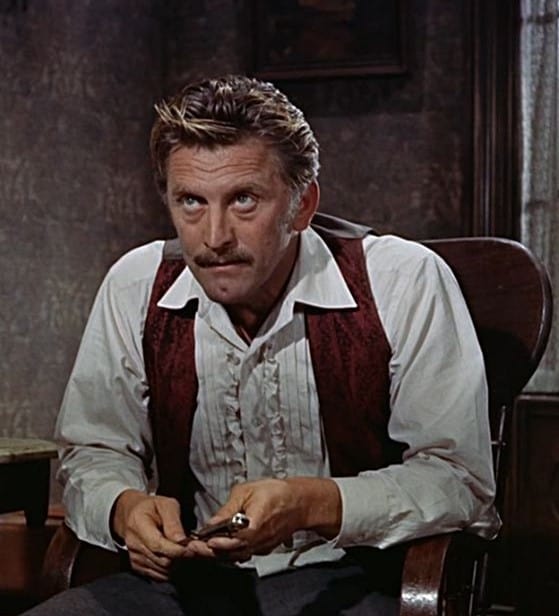 One of the all-time classic westerns. 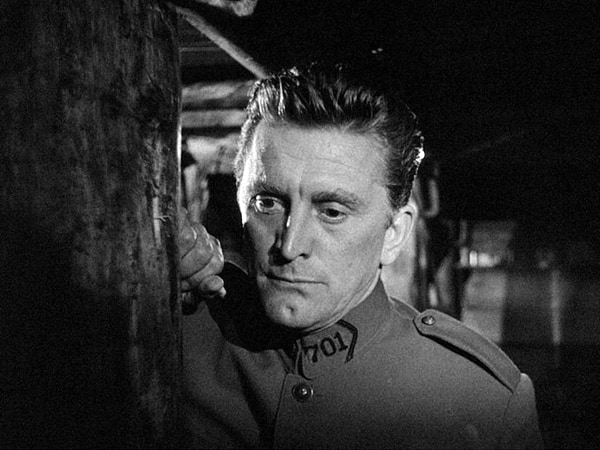 An early Stanley Kubrick film showing the futility and irony of WWI. 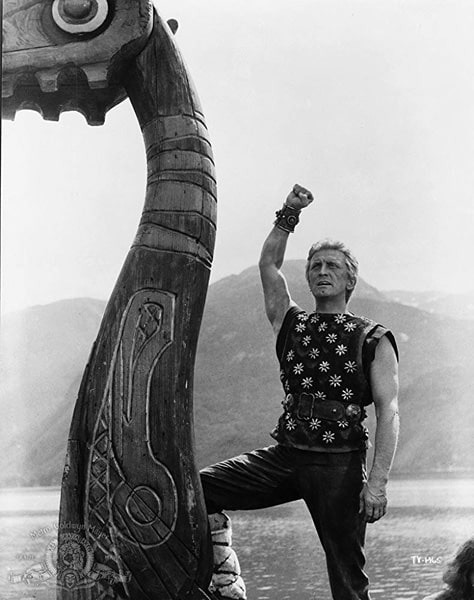 Well, some of it was filmed in Norway, & the ships were based on actual salvaged Viking ships, even if the costumes are wacky.

Richard Dudgeon in The Devil’s Disciple (1959) 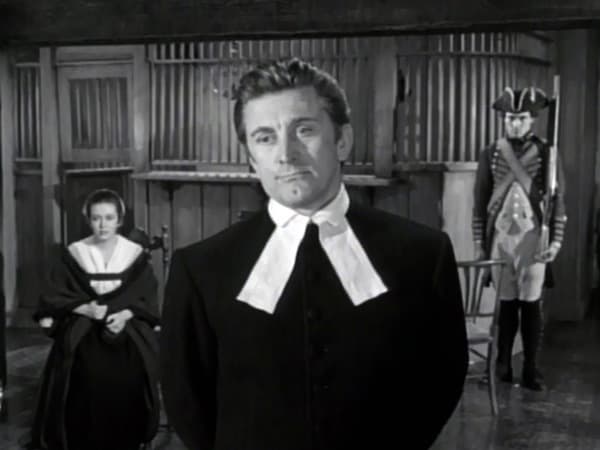 Per IMDB: “The black sheep of a family and the local minister discover their true vocations during the Revolutionary War.” 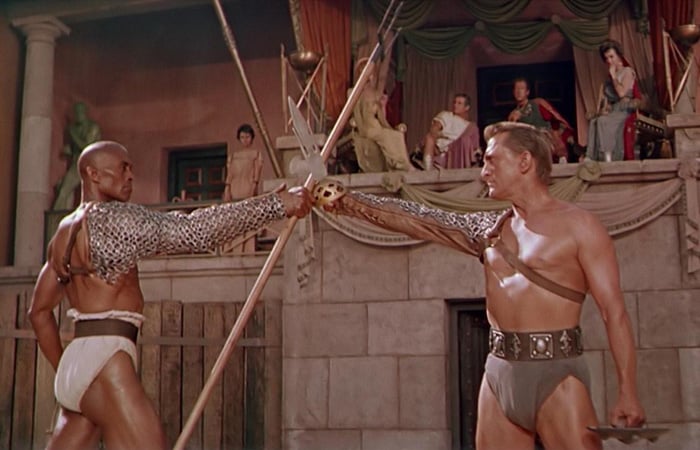 A hell of a movie! Worth watching at least once. 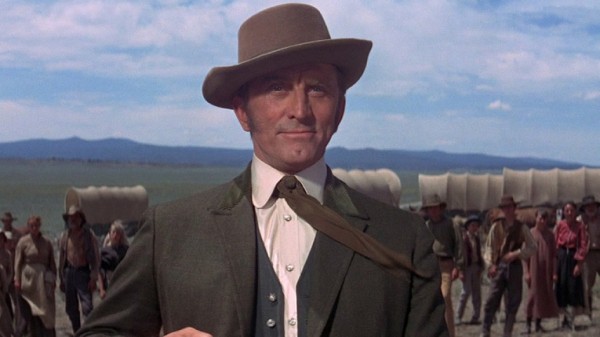 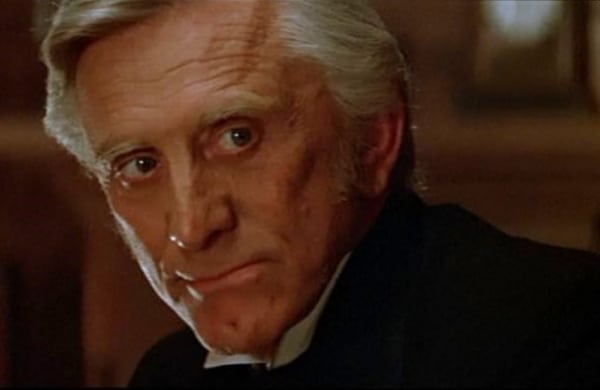 One of those Disney ’80s things. 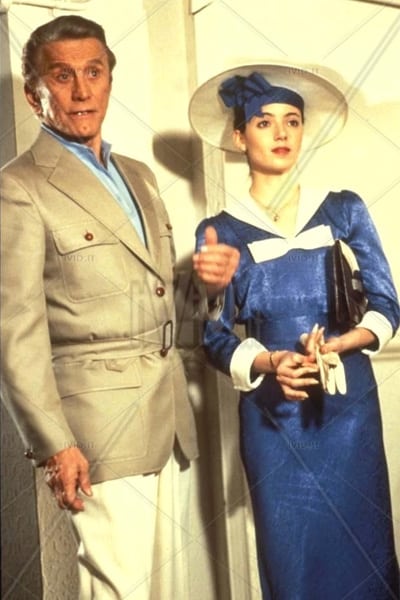 At the time, I rather liked this fictionalized biopic of Merle Oberon’s early days, but I suspect it doesn’t hold up today. 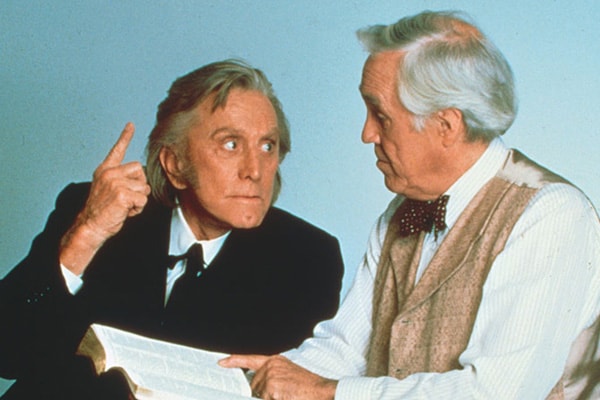 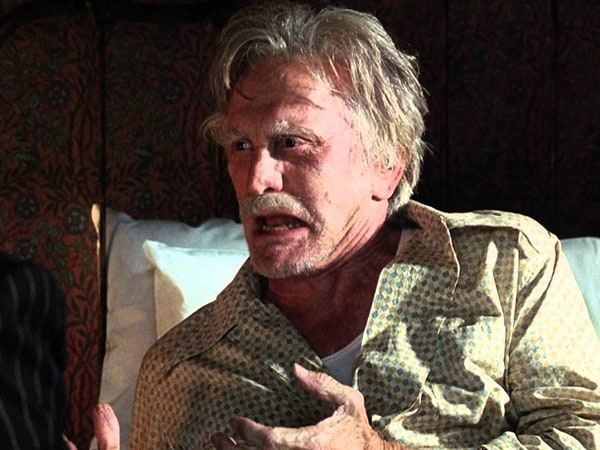