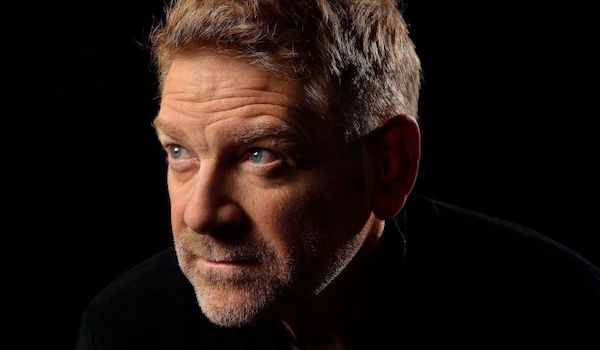 Lauded as one of our generation’s finest filmmakers, Kenneth Branagh is known for his meticulous take on Shakespearean classics, as well as for his roles in films ranging across the entire spectrum of noir, comedy, and musicals. When he came on the scene in the late-’80s, everyone dropped what they were doing and flocked to see the films made by the wunderkind touted as the next Olivier.

His creative and romantic union with Emma Thompson became the source of some of the best films of the late-20th century, but when her star started to eclipse his and their marriage crumbled, rumors flew about professional jealousy and revenge affairs with co-stars. Emma went mainstream, while Kenneth went back to what he did best: making timeless films drawing on classical influences, pulling out all the stops and flinging every syllable of Shakespeare at modern audiences with unapologetic bravado. And the public loved it. So let’s look back at his costume flick career to-date and enjoy the scenery! 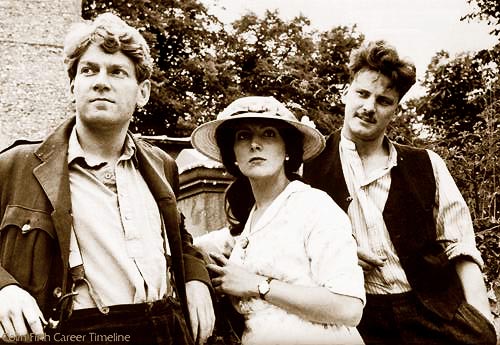 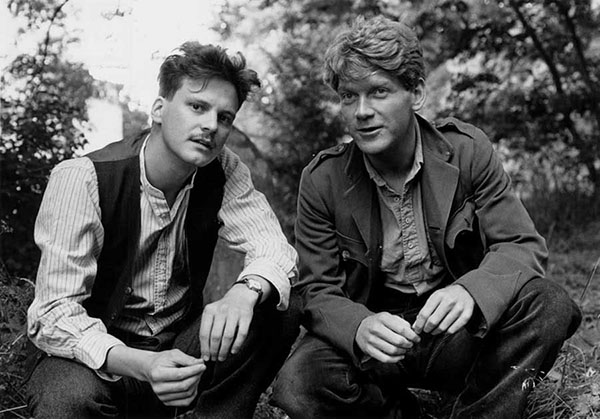 A young Colin Firth and a young Kenneth Branagh — what’s not to love? This TV series focuses on Tom Birkin (Firth), a WWI vet who is engaged in restoring a medieval fresco in a church in rural Yorkshire. Branagh plays archeologist James Moon, another veteran scarred by the horrors of war, who becomes close with Birkin. 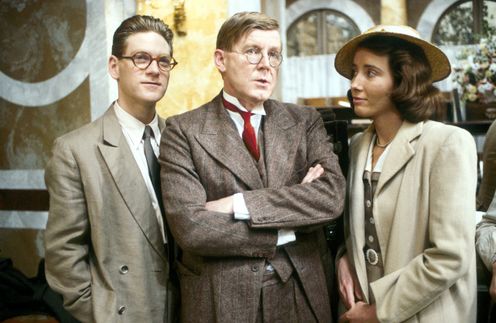 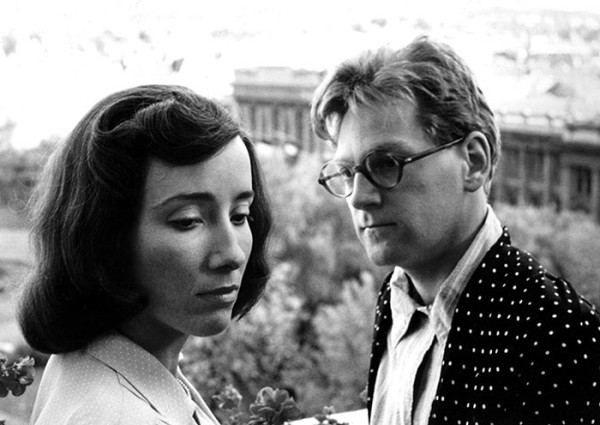 The TV series that introduced Kenneth Branagh and Emma Thompson. Set in the late 1930s, this production tells the story of Guy, a professor of English literature, and his wife Harriet, while both are living in Bucharest in the early days of the Second World War. 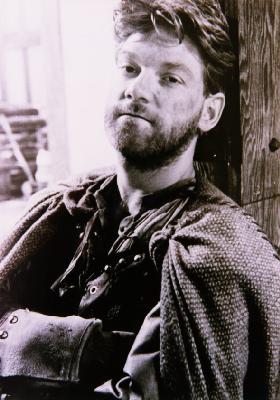 I had to struggle to find even this one photo from the miniseries. Branagh plays Thomas Mendip, a medieval knight who returns, war-weary, to his home only to end up embroiled in a witchcraft trial. 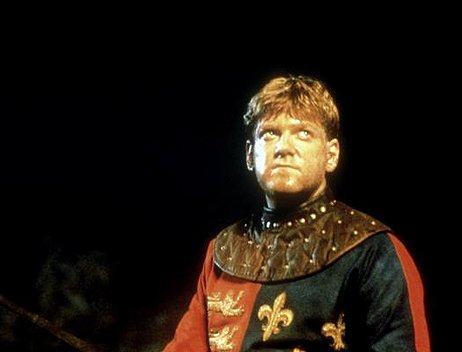 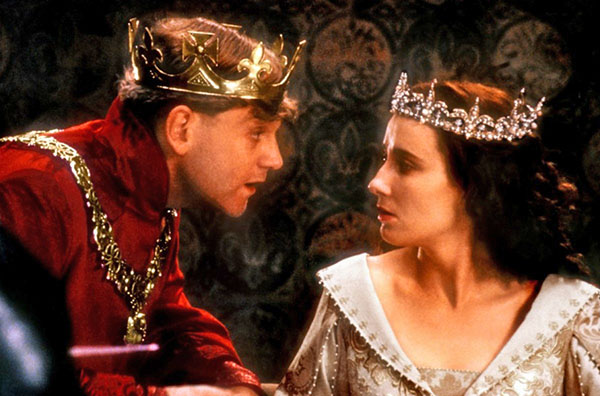 This was my first introduction to Kenneth Branagh, and the film occupies a special place in my heart. As a teenager, Henry V taught me that not only was Shakespeare’s play about the warrior king undeniably sexy, but it was REALLY FUCKING BRUTAL. I ate up every blood-soaked moment of it in slack-jawed awe. It also marked Branagh’s directorial debut and from its success lead to more ambitious films. It also is directly related to a whole bunch of young SCA members suddenly getting VERY excited about the 15th century. 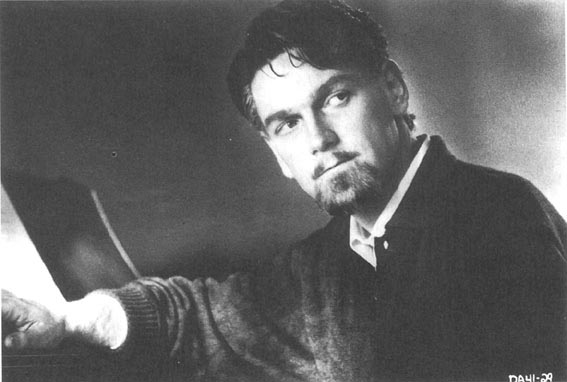 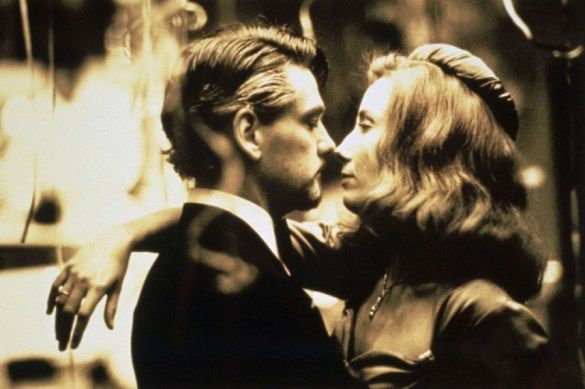 Branagh’s foray into film noir, playing Mike Church, a guy living in the early 1990s who suddenly realizes that he and his lover (played by Emma Thompson) are the reincarnated victim and suspect in a murder that happened over 50 years before. The film flashes between the 1940s and the 1990s, weaving the two timelines together until our hero and heroine put the pieces together and solve the tragic mystery. It is a beautifully filmed movie, and Branagh and Thompson are incredibly sexy, but it changed the way I looked at my sewing shears forever. 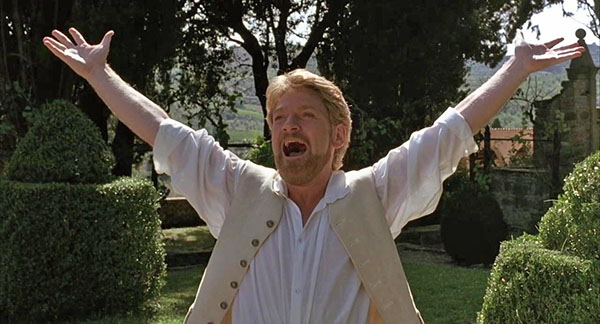 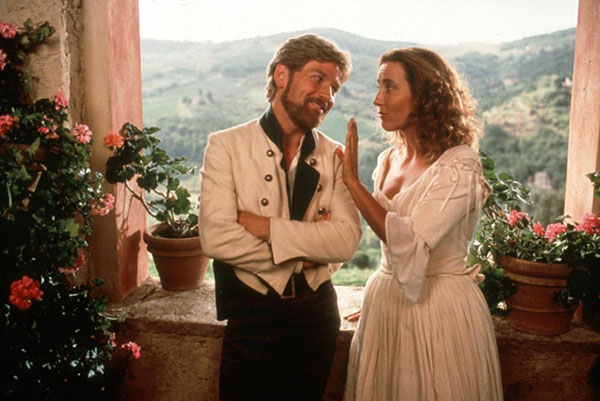 Branagh’s second Shakespearean offering and an absolutely gorgeous one at that. With an ensemble cast that pretty much includes every relevant celebrity in the early ’90s, it’s a rollicking film set in some vaguely 18th/19th-century Italian countryside. Everyone is sexy, barefoot, sun-tanned, and looks like they’re having the time of their lives. Best of all is the sexual tension and scathing banter between Branagh’s Benedick and Thompson’s Beatrice. My hunch is their relationship wasn’t a whole lot different in real life. 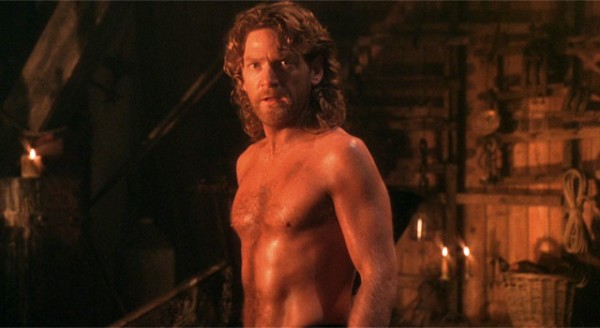 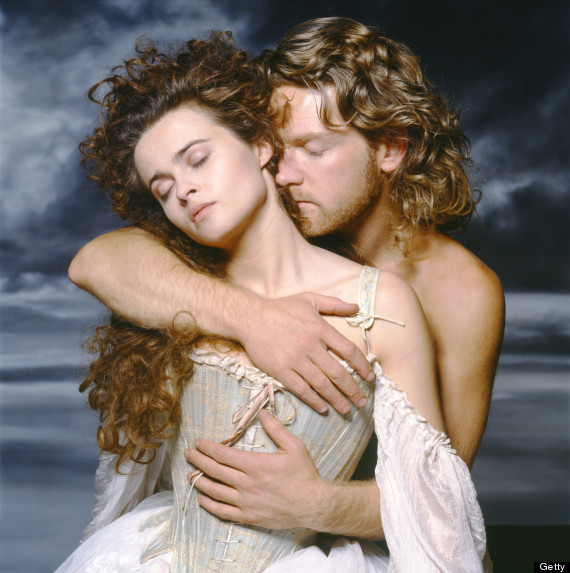 NOW we’re getting to the real man candy! This adaptation of Mary Shelley’s classic horror novel is gorgeous, but what it’s probably best known for is the insane chemistry between Branagh and his co-star Helena Bonham Carter. Their affair was widely known, and the tabloids had a field day with it, contributing to the demise of the Branagh-Thompson marriage/partnership. Years later, Emma would brush aside the notion that there was any bad blood between her and HBC, saying “Oh, we are [alike]. Being slightly mad and a bit fashion-challenged. Perhaps that’s why Ken loved us both. She’s a wonderful woman, Helena.” Proving yet again what a class act Emma Thompson is. 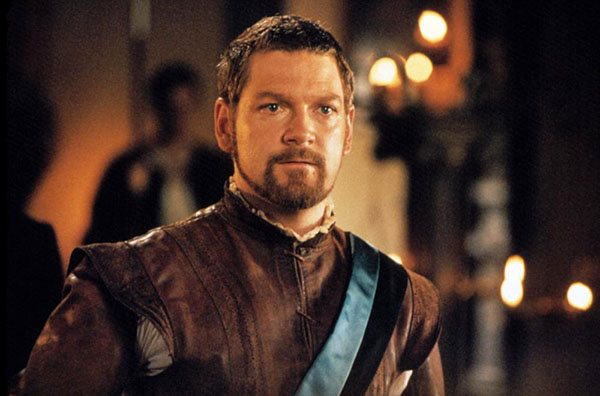 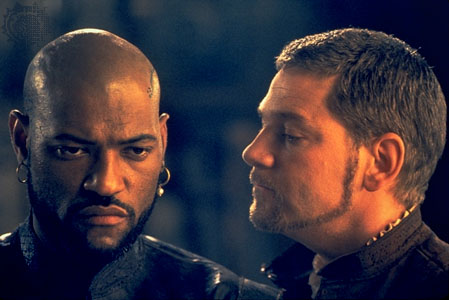 Branagh is the duplicitous Iago to Laurence Fishburne’s Othello. The only Shakespearean film adaptation in Branagh’s career that he didn’t direct, the film received wide acclaim for the casting of Fishburne as the first African-American actor to portray the Moor on screen in a major studio picture (there were a few before him, but they were all indy films, so apparently that doesn’t count). While Fishburne was lauded for his nuanced performance of the conflicted hero, and Branagh snagged a SAG nomination for best actor that year, the praise did not prevent the movie from tanking in the box-office. 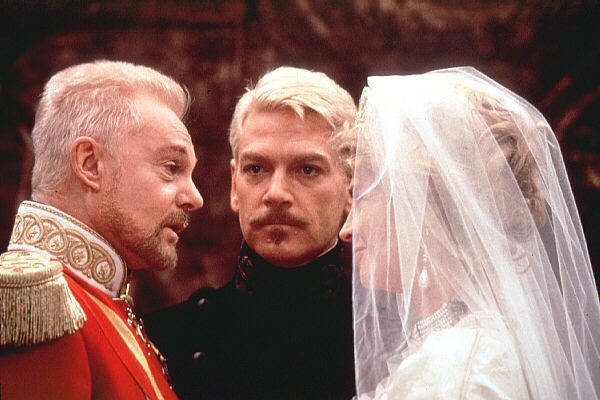 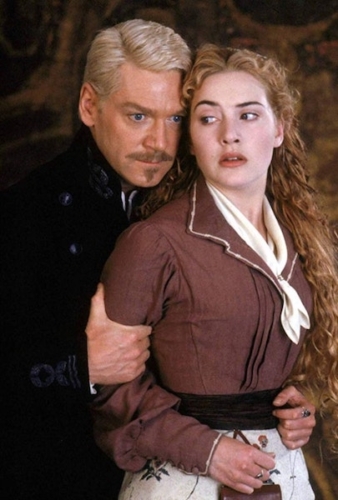 If you thought Mary Shelley’s Frankenstein was ambitious, you ain’t seen nothin’ until you’ve sat through the epic four-hour spectacle that is Branagh’s Hamlet. Eschewing a historically accurate setting (been there, done that, conquered 15th-century France), Branagh chose to place the action in the late-19th century court of a fictional Denmark. The cast alone is impressive; it holds the distinction of having the most Oscar-winning cast members in any film (although three of the nine earned their Oscars after the film was released). Alexandra Byrne, the film’s costumer, was nominated for an Academy Award for Best Costume but was beat out by Ann Roth for The English Patient (1996). Bonus — Branagh was paired with another of our historical costume faves, Kate Winslet as Ophelia. 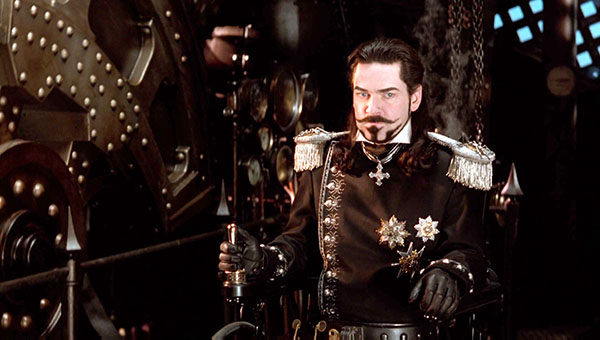 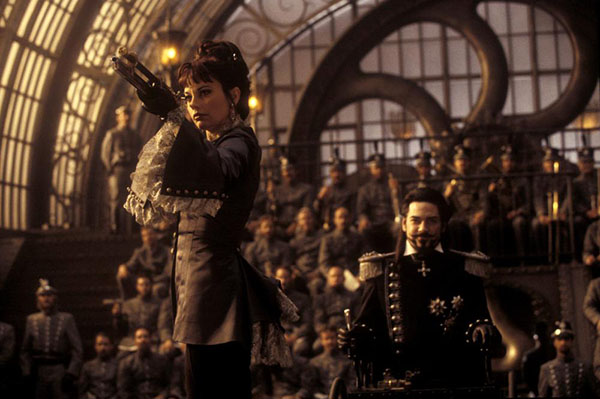 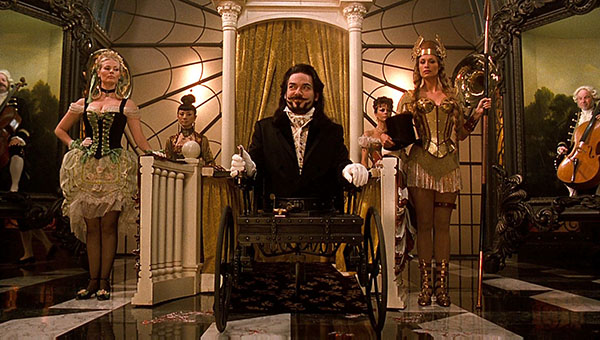 I had all but forgotten that Branagh starred in this EPICALLY panned Will Smith vehicle as the evil engineer Dr. Arliss Loveless. And likewise, I had forgotten that he was just about the only thing really worth watching in the entire film. If only this movie had been made 10 years later, it would have capitalized on the Steampunk obsession everyone and their soccer mom has with the genre, but in 1999 it was deemed too weird, too wacky, and too Will Smith-trying-too-hard to be a success, and it bombed badly in the box office. That said, the set design and practical effects are pretty fabulous, and if you can manage to blank out the Sexy Saloon Girl costumes and the tortured dialogue, it’s quite the visual treat. 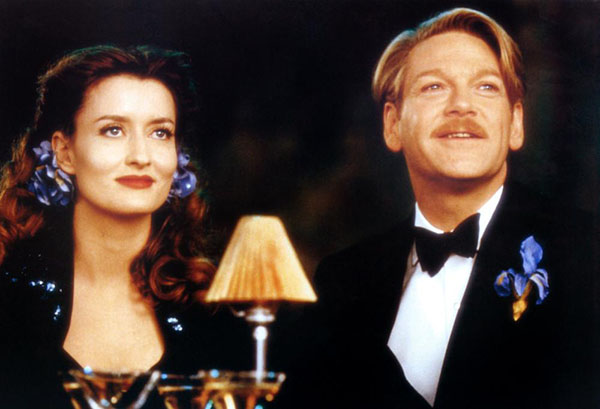 Branagh returns to Shakespeare in this musical adaptation of the classic romantic comedy, set between 1939 and 1945. Critics complained that the movie was trying too hard, and that Branagh had lost track of what had made his previous Shakespearean films so great by packing this one with actors who were not cut out for the script but had a huge amount of box-office draw. While that worked for the most part in Much Ado (ahemKeanu Reevesahem), this flick was just too much, too different, and too musical for most people to grok, and it bombed commercially. 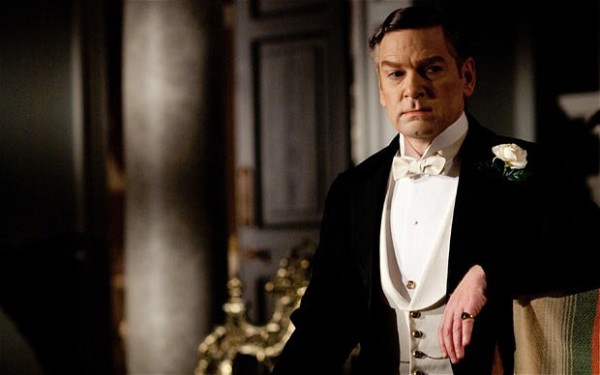 Like I wrote in Eddie Redmayne’s Man Candy Monday, this was the role that Branagh’s been auditioning for his whole life. Definitely give the film a watch — everyone is great in it.

If I didn’t include one of your favorites, let me know in the comments!