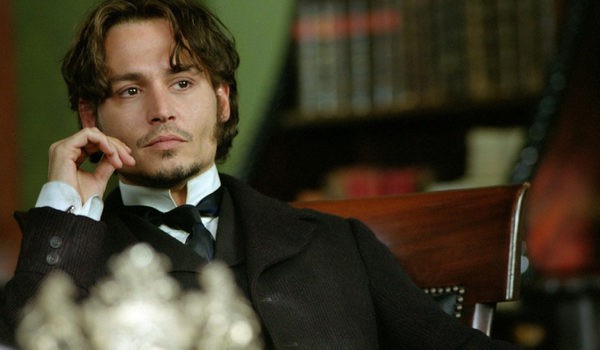 One of our favorite goth boys, it’s time for a Johnny Depp Man Candy Monday. Trystan reporting in here, and Johnny fits my MCM requirements because I like ’em moody, dark, and weird (and in historical costume, natch). Depp hasn’t done that many frock flicks, but he’s done a few extremely pretty ones here and there. Here are the ones I remember most fondly. 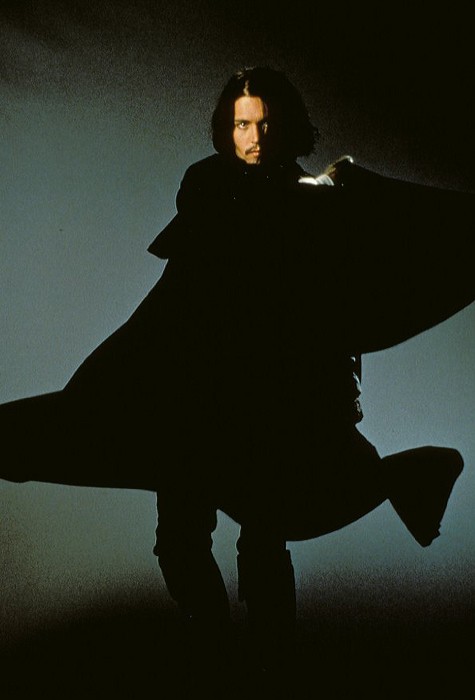 A modern movie where Depp plays a deranged (but sweet!) guy who imagines he’s the fictional lothario Don Juan from ye olden times. 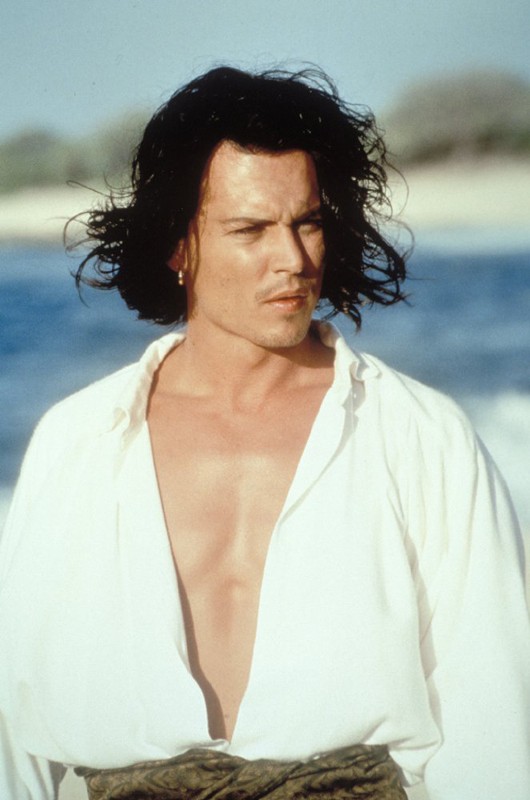 Sure, it’s a little romance-novel-cover-y, but I’m not complaining! 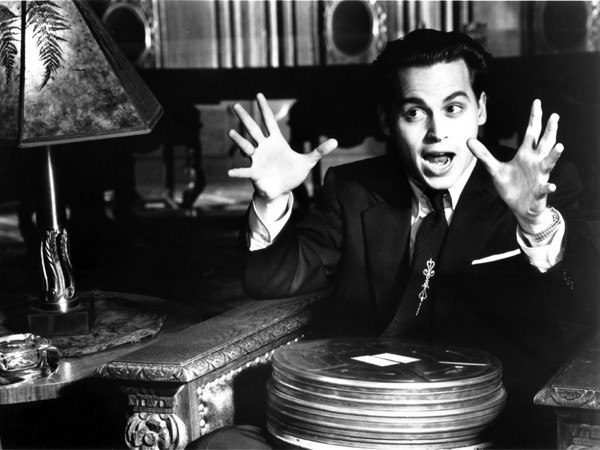 Super weird and funny, with bonus cross-dressing! Totally my kind of movie (doesn’t hurt that it’s directed by Tim Burton with costumes by Colleen Atwood). 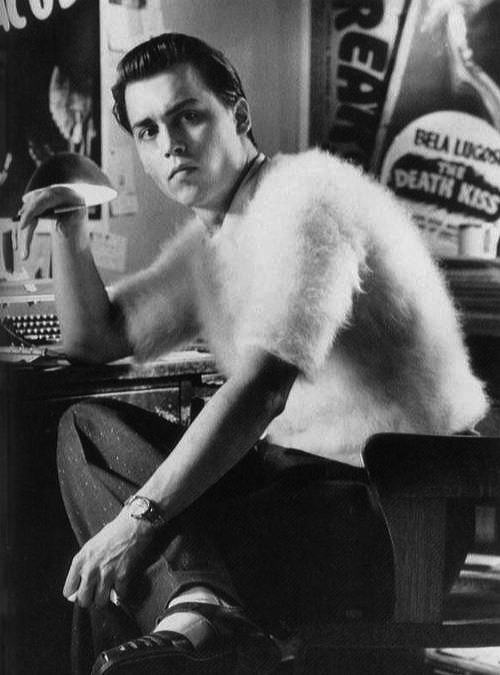 I admire a man who can rock an angora sweater. 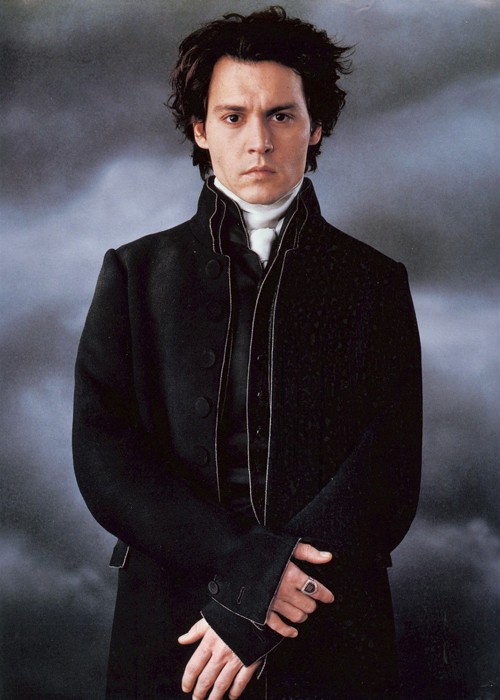 Another Tim Burton / Colleen Atwood / Johnny Depp combo. Here, Depp’s character is a little skittish, a little wacky, but he looks really good and he saves the day. I’m sold. 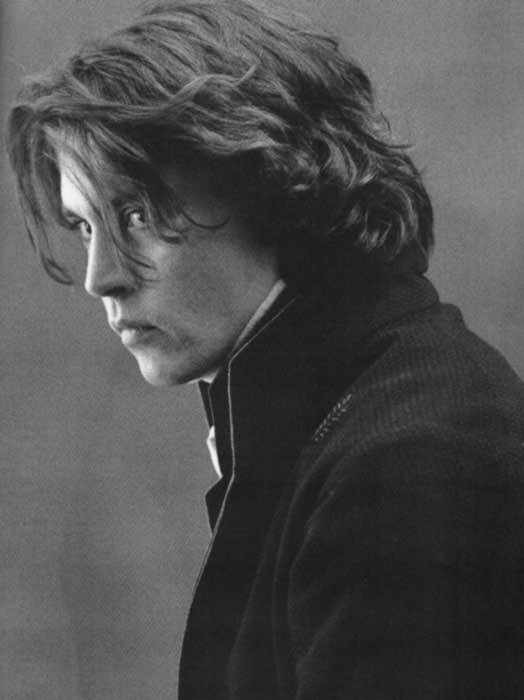 Inspector Frederick Abberline in From Hell (2001) 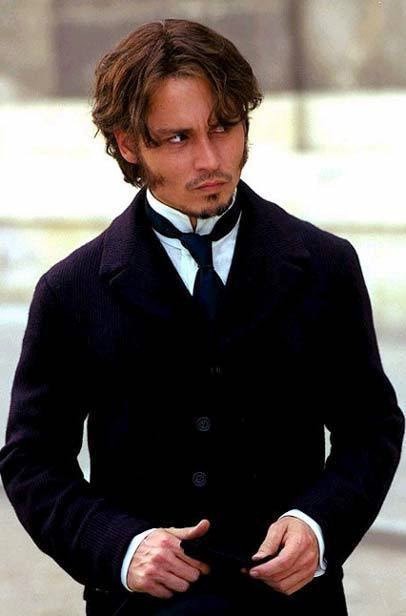 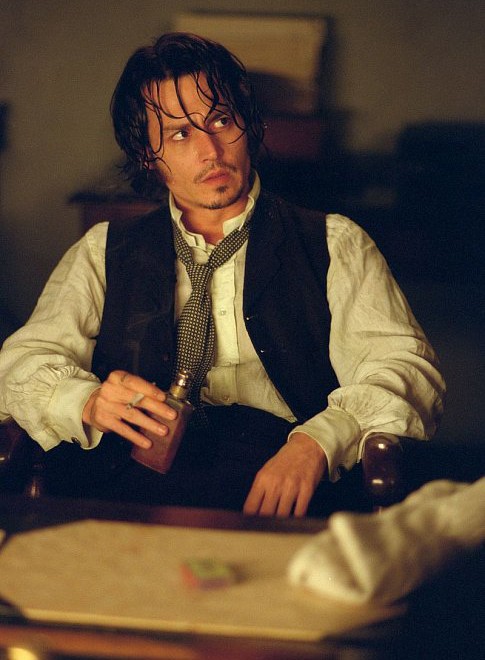 Anyone want to get all strung out on laudanum and roll around with him? Just me then?

Jack Sparrow in the Pirates of the Caribbean series (2003-) 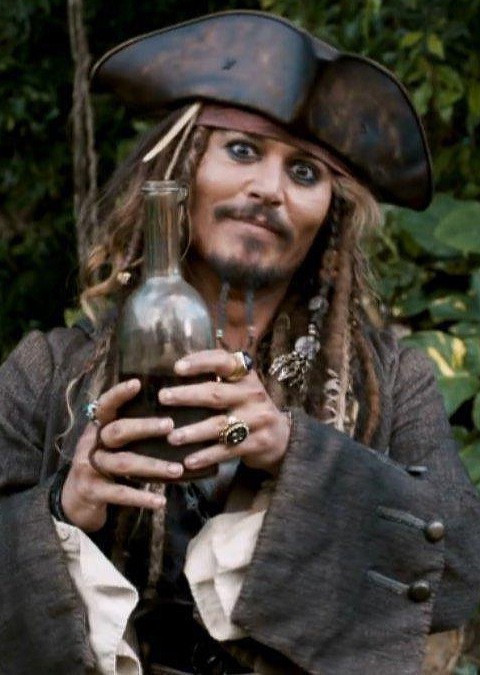 We’re all really tired of Jack Sparrow now, but at first, it was a genius idea to play the pirate as Keith Richards and irritating the hell out of the Disney execs (‘is he drunk or gay?’). If they had only stopped at the one movie! 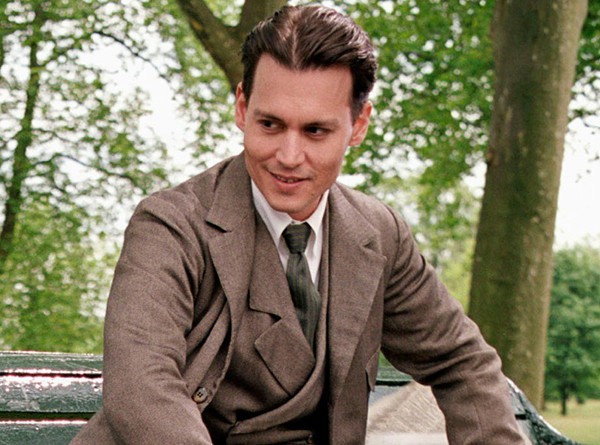 As the writer of Peter Pan, Depp is amazingly sweet and wistful, paired with Kate Winslet. 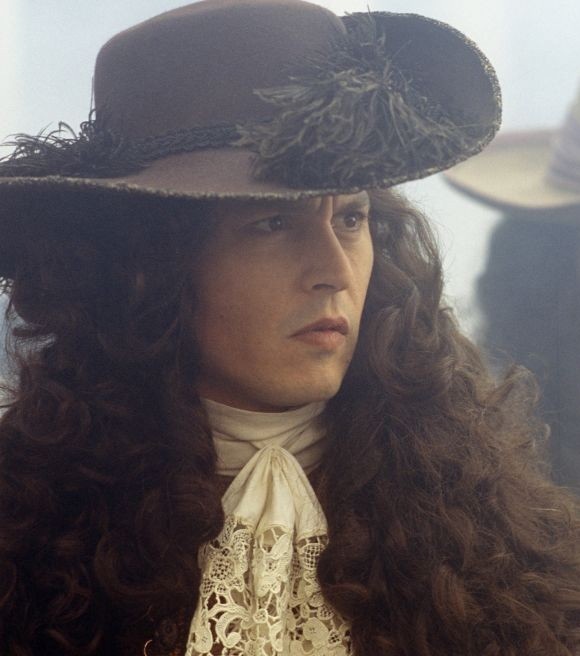 Dark, broody, debauched — I would have loved the shit out of this movie when I was 20. 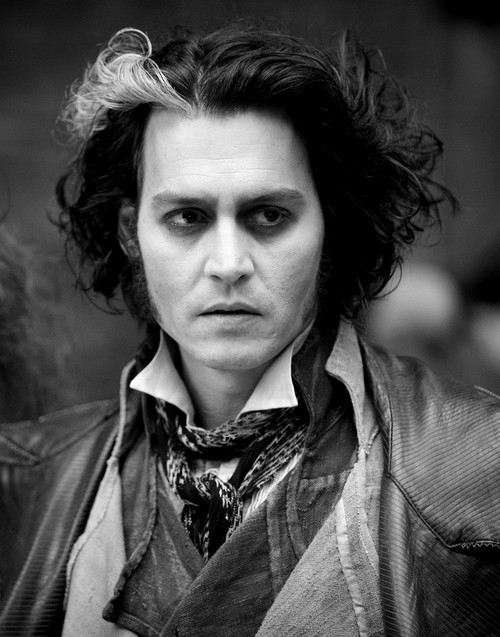 So. Very. Hawt. It’s the white streak in the hair, for sure. 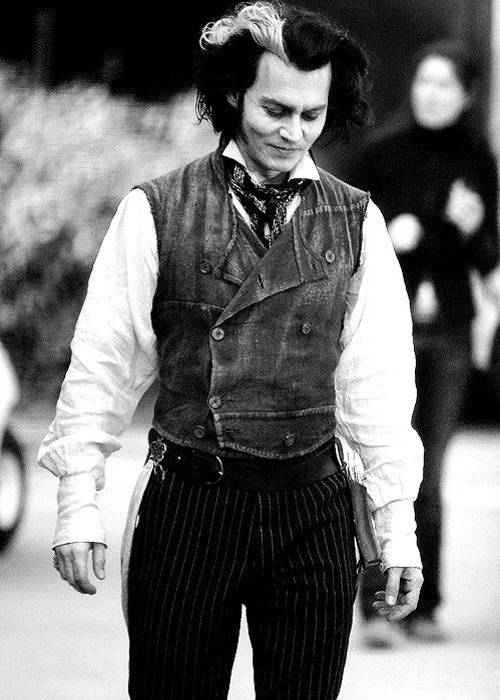 Even psychopaths have their soft side. 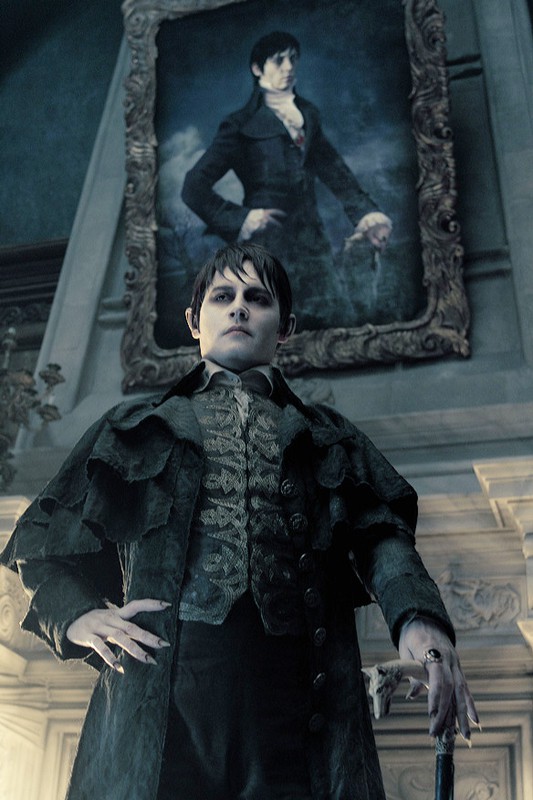 As a fan of the original TV show, I had issues with this remake, but Johnny Depp was not a problem.

He’s been in others, so what’s your favorite of Johnny Depp’s historical costume movie roles?