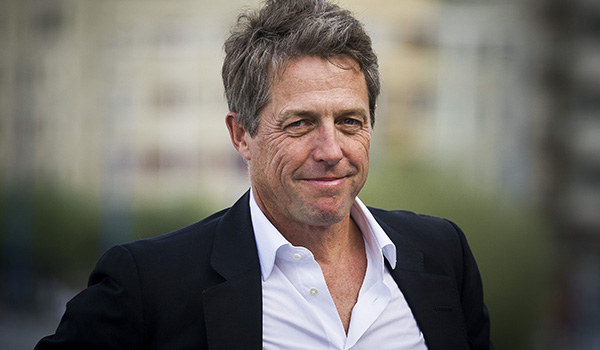 Back in my golden age of frock flicks, being the late 1980s through mid 1990s, it seemed like Hugh Grant was always to be found in a high-starched collar or a cravat and top hat. He was the historical hottie, with his floppy hair and shy smile. Then he moved on to non-historical rom-coms and there was that scandal with a hooker, and more recently he was attacked by a phone-hacking ring in Britain, leading him to campaign for privacy rights. Hugh Grant is still acting but taking smaller, more unusual roles. Looking back on his work, he’s said:

“There’s a whole other character actor career I could have had, not me having to be a dishy leading man. Ask any actor: actually dishy leading man is quite a thankless task acting-wise. It can be lovely and well-paid, but no one wants to be Romeo: they want to be Tybalt or Mercutio.”

Well, he if he wants to throw on some tights for a quirky Shakespearean character onscreen, I’ll gladly watch! 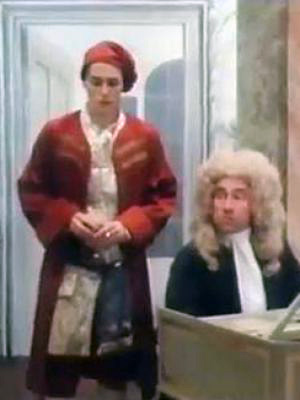 Crappy YouTube screencap is all ya get from this George Frideric Handel biopic. Though I do like what I can see of that 18th-c. lounging outfit on Hugh Grant.

Cherry Garrard in The Last Place on Earth (1985) 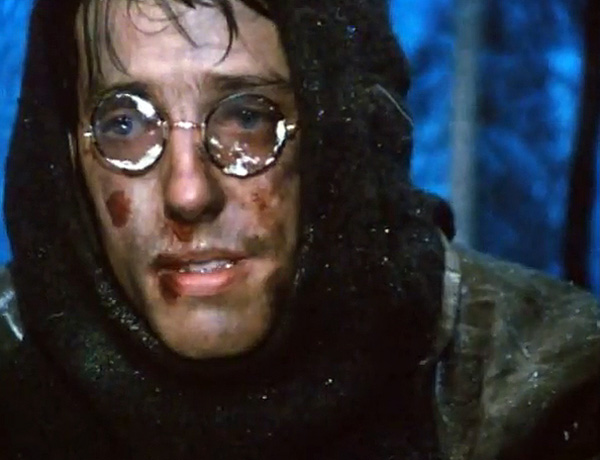 Another terrible screencap, Grant had a bit part in this TV movie about Scott & Amundsen’s race to the south pole in 1911-12. 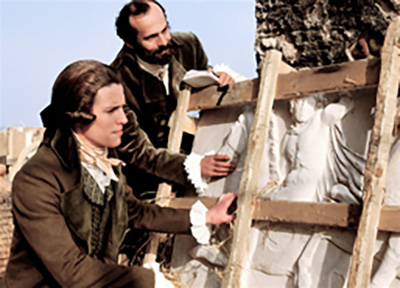 Tiny pic is all I can find, but dang, Hugh Grant looks cute in an 18th-c. wig! Pity the TV movie is about Lord Elgin stealing the Parthenon sculptures & making excuses for it. 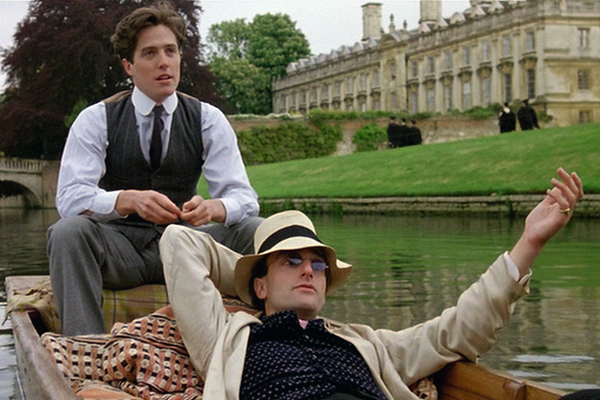 Here’s where I started noticing Grant on film. He plays Maurice’s first lover at Cambridge, who later marries & spurns him. The film is based on E.M. Forster’s final book, which was only published after the author died. I adore this movie, though it can be hard to find these days. Read the book then! 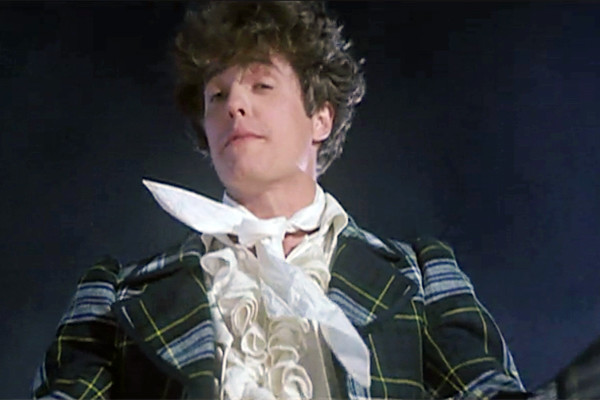 This is a hilariously low-budget take on the Byron / Shelley meetup in Geneva where Mary Shelley was inspired to write Frankenstein. It’s also how Hugh Grant met Elizabeth Hurley (she played Claire Clairmont), & they’d be together for 13 years.

Allan in The Bengali Night aka la Nuit Bengali (1988) 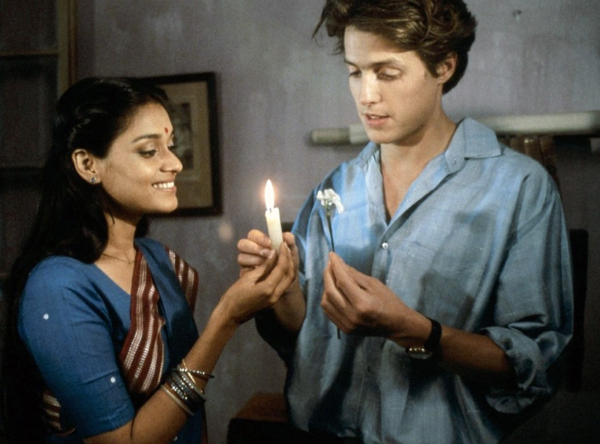 A French movie about an 1930s Indian romance, and it never aired theatrically in the U.S.

Lord Lucius Vyne in The Lady and the Highwayman (1988) 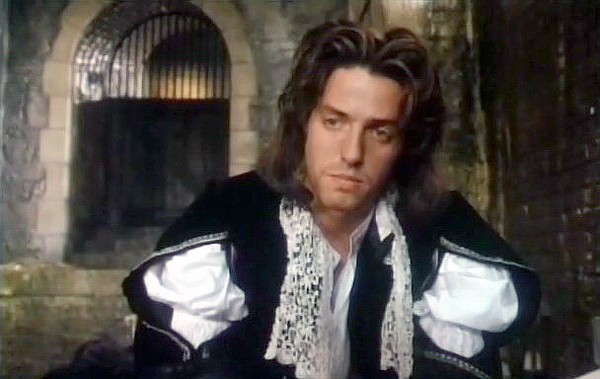 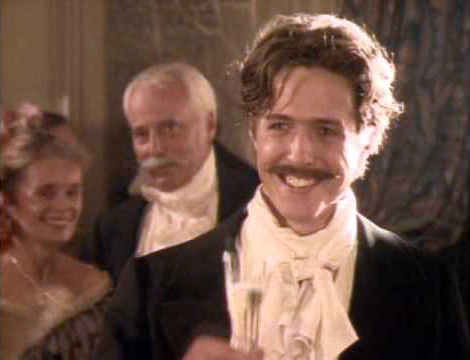 A TV movie about the guy who brought Champagne sales to the U.S. around the time of the Civil War. I mean, sure, I’m glad that happened, but did he need such a dorky ‘stache? 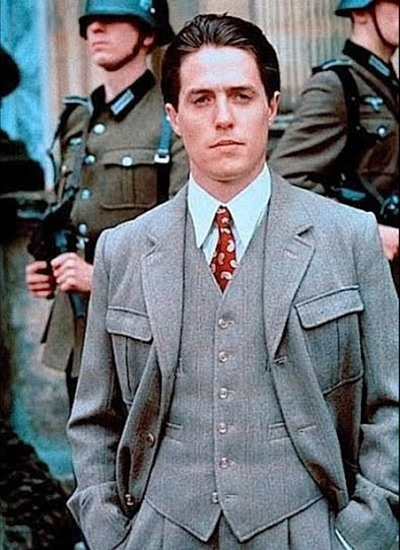 One of those epic TV miniseries following characters through the changing world from 1913-1956. Guess they needed a British accent & Grant fit the bill. 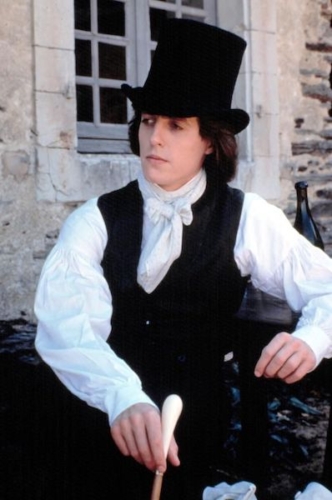 Ahh, here’s another of my early Hugh Grant faves! Many lines in this film are part of my regular vocabulary. And he looks swoony in this hat & cravat.

Reginald Cardinal in The Remains of the Day (1993) 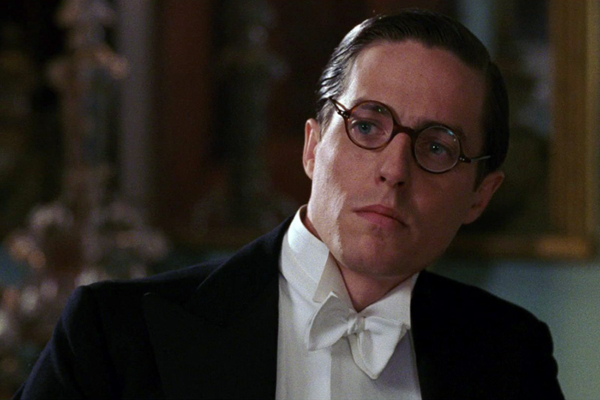 He has a small role as the godson who warns folks about the lord of the manor being a Nazi-sympathizing jerk. Nice white tie! 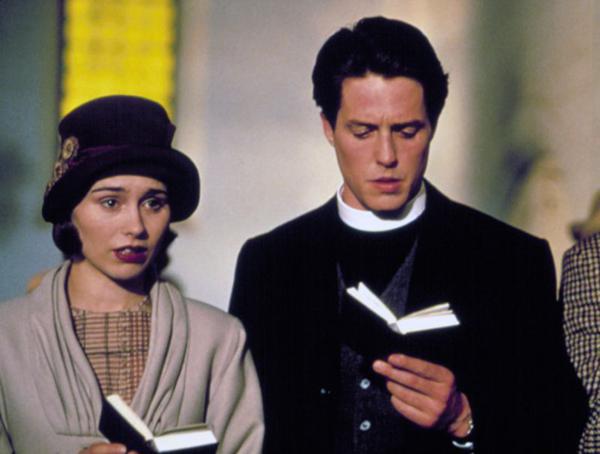 A fluffy fun movie pairing Hugh Grant & Tara Fitzgerald as a priest & his wife who get slowly less uptight through the influence of a local artist & some models. 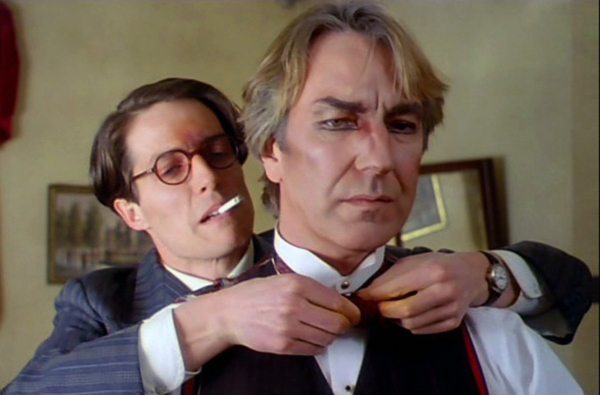 This picture makes me question WHY HAVEN’T I SEEN THIS FILM?!??! It’s got Hugh Grant & Alan Rickman in a post-WWII theatrical troupe. I don’t need much more. 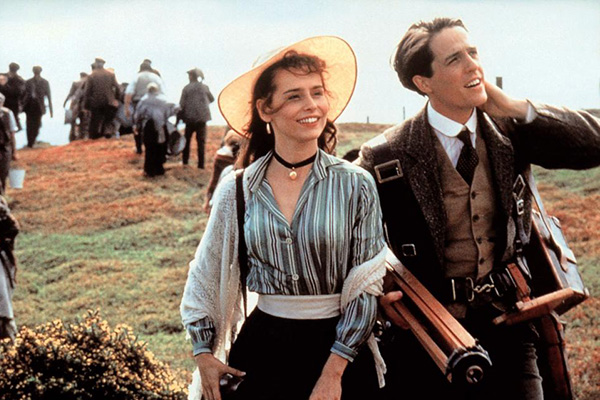 Edward Ferrars in Sense and Sensibility (1995) 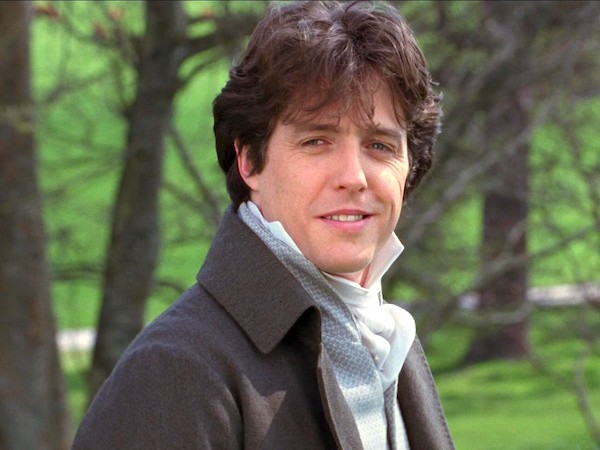 If you’ve seen no other historical movie with Hugh Grant, you’ve seen this one. Otherwise, why are you even reading our blog? 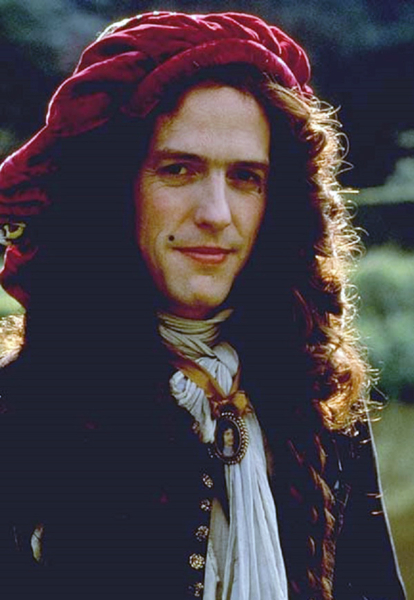 This film is chock full of great actors in small roles. Grant plays the king’s painter & something of a snitch. He looks good in wigs! 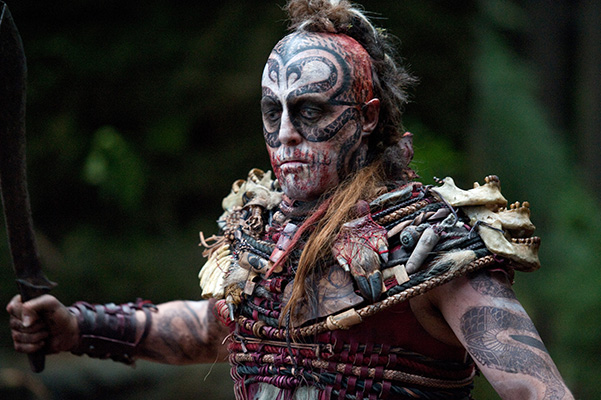 I haven’t seen this flick, but Hugh Grant plays multiple roles including one set in 1849. Couldn’t find a picture of that, so here he is in a futuristic part from this strange movie. 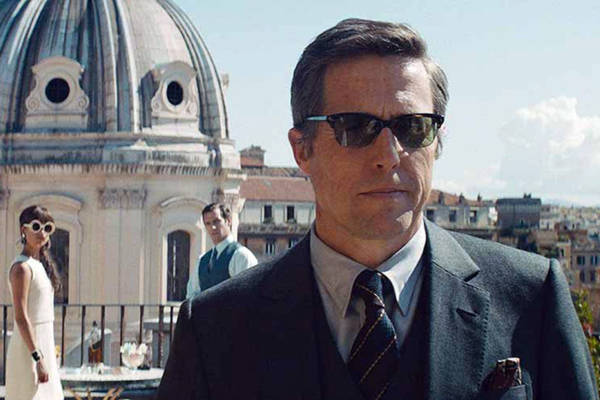 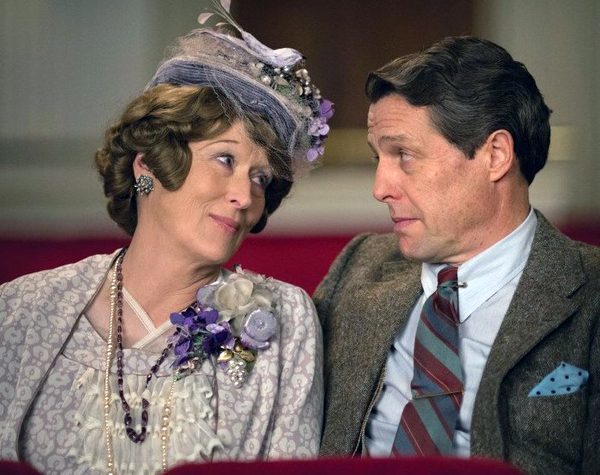