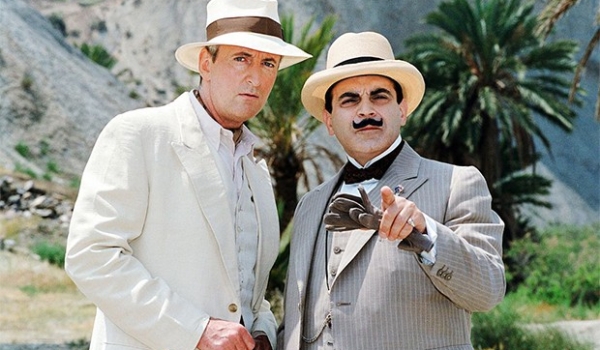 “He was hardly more than five feet four inches but carried himself with great dignity. His head was exactly the shape of an egg, and he always perched it a little on one side. His moustache was very stiff and military. Even if everything on his face was covered, the tips of moustache and the pink-tipped nose would be visible. The neatness of his attire was almost incredible; I believe a speck of dust would have caused him more pain than a bullet wound.”

So goes Agatha Christie’s description Hercule Poirot, arguably one of her most popular and beloved characters (even though the author herself famously grew to loath him). The first handful of stage and screen adaptations of Poirot were created contemporaneously to the years the books were set in, so they’re not technically “frock flicks,” but there is always something eternally ageless and at the same time, antiquated, about Poirot. Even to people in the 1920s and 1930s, he seemed to stand out like a relic of another time.

Perhaps this is also what makes Poirot so ripe for parody, because there have been quite a few humorous reworkings over the decades, in addition to more serious and faithful adaptations.

So, today let’s take a look at the various iterations of Hercule Poirot on film and television! 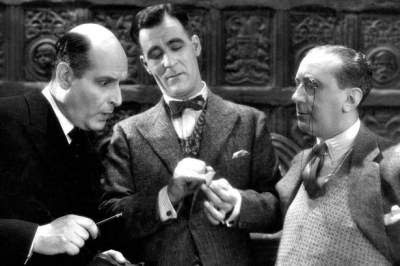 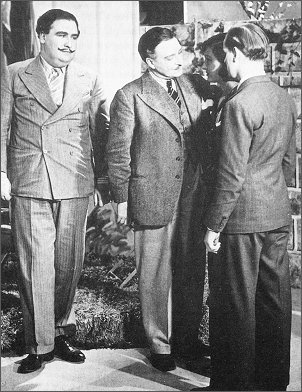 Sullivan’s portrayal of the gentleman detective in the 1937 teleplay adaptation of Wasp’s Nest was a little more true to Agatha Christie’s description than Trevor’s. 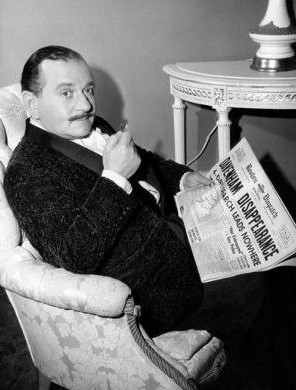 Aside from a German production of Murder on the Orient Express in 1955, there wasn’t another Poirot adaptation until 1962, when Martin Gabel donned the velvet smoking jacket in The Disappearance of Mr. Davenheim. 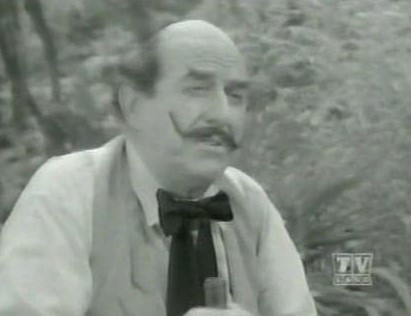 A parody TV show episode of Burke’s Law with Begley playing “Bascule Doirot”, it’s … well … terrible. God, it’s so bad. Just do yourself a favor and forget I mentioned it. Then again, if I didn’t mention it, I know someone reading this would have gotten mad at me for not including it… 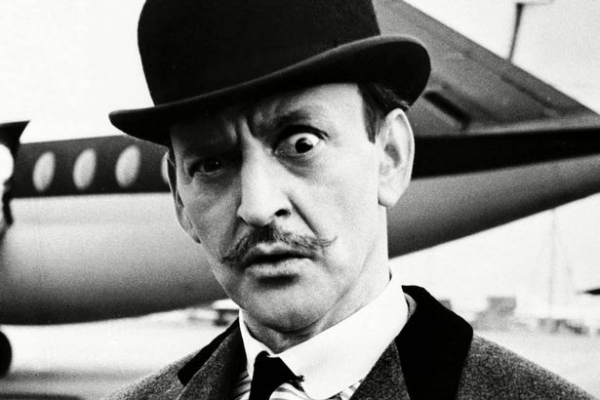 An early comedic take on the classic Christie novel, The ABC Murders, which was released in 1965. The role of Poirot was originally supposed to go to Zero Mostel (if you’re making a horrified face right now, I don’t blame you), but was recast with Tony Randall in the lead after objections from Agatha Christie forced a rewrite of the screenplay. 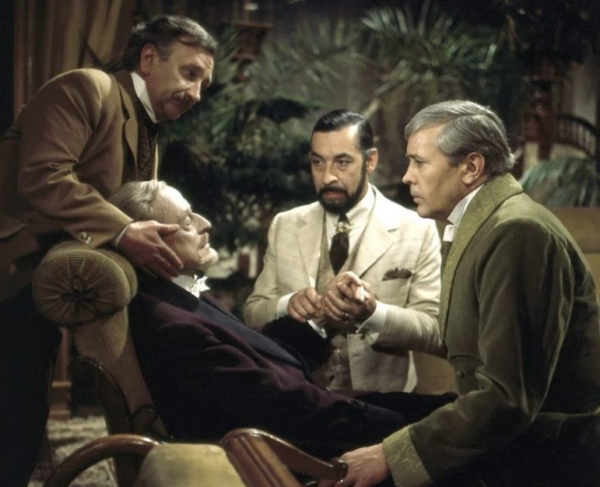 Horst Bollmann played Poirot in the German adaptation of Black Coffee (1973). I haven’t watched it, but it looks like it has good costumes. 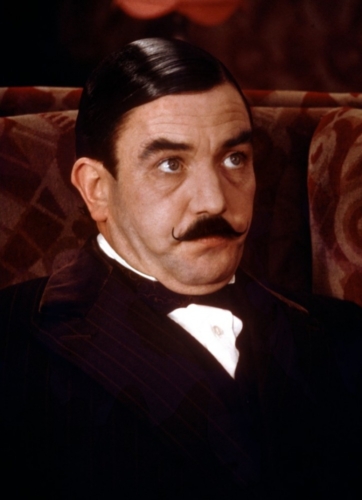 You can draw a pretty clear line between Albert Finney’s portrayal of Poirot in Murder on the Orient Express (1974) and David Suchet’s. Finney’s Poirot was so iconic that he was the only actor who was ever nominated for an Academy Award for the role of the little Belgian detective. 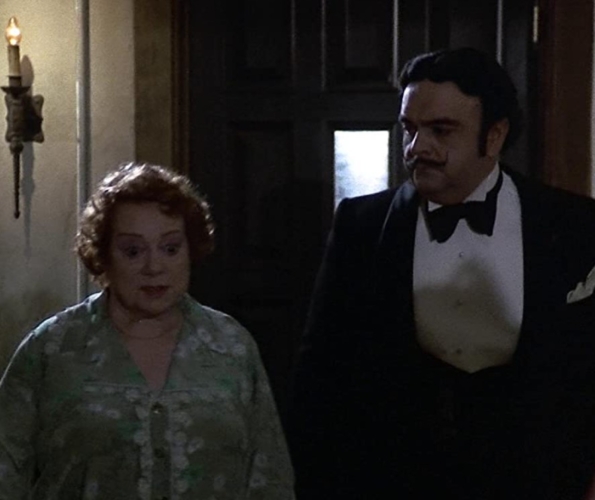 James Coco plays Poirot in Murder by Death (1976), which lampoons the “locked room” mystery trope years before Clue (1985). It’s replete with all the usual 20th-century cinematic faux pas that don’t hold up, like thinly veiled homophobia and Peter Sellers in yellowface. 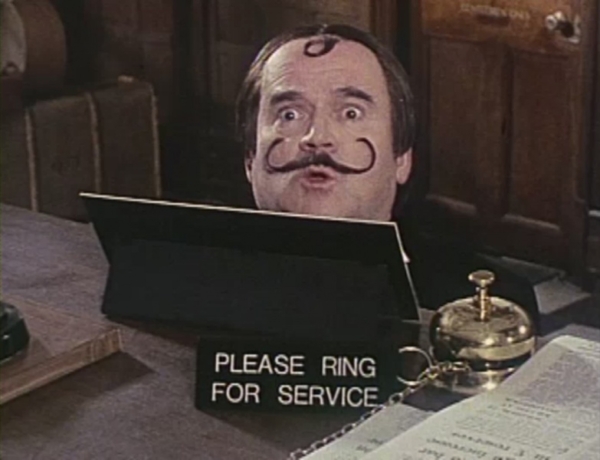 Another parody version of Poirot, this time played by Dudley Jones in The Strange Case of Civilization as We Know It (1977). 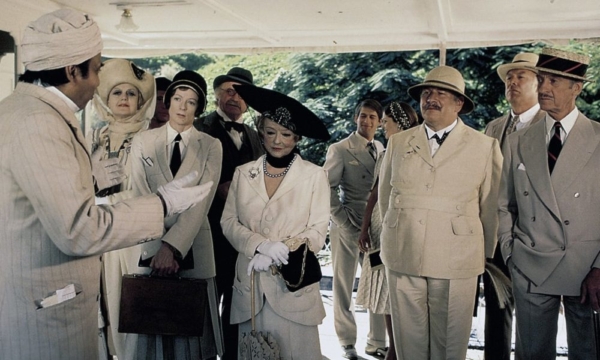 Before David Suchet, there was Peter Ustinov. He portrayed Poirot in six film adaptations of various Agatha Christie novels: Death on the Nile (1978) (seen above), Evil Under the Sun (1982), Thirteen at Dinner (1985), Dead Man’s Folly (1986), Murder in Three Acts (1986), and Appointment with Death (1988). For many of a certain generation, he remains the “definitive” Poirot. 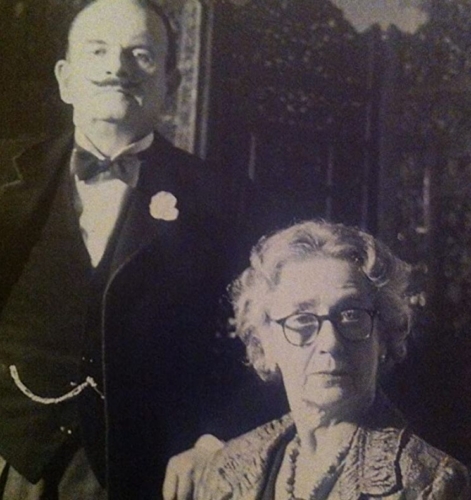 Ian Holm plays Poirot in Murder by the Book (1986), who comes back to haunt Agatha Christie (played by Peggy Ashcroft) after he is killed off by the author some 35 years earlier. An interesting idea and imaginative take on the typical Christie murder mystery. 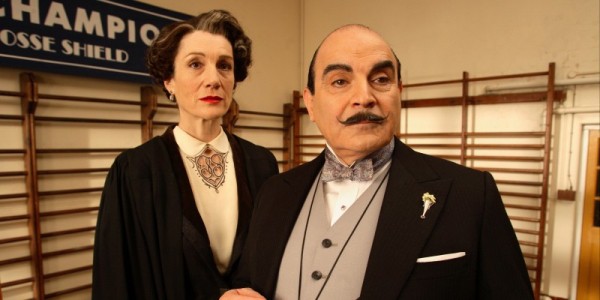 I don’t know about you, but for ME, David Suchet is THE Poirot. Given the popularity and longevity of Poirot (1989-2013), there’s almost no contest. Plus the sets and the costumes are just *chef’s kiss* perfect. 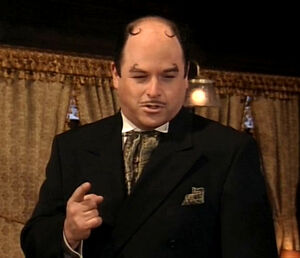 Why, no, we aren’t going to pass up an opportunity to include a Muppet film. Jason Alexander’s take on the Belgian detective in an episode of Muppets Tonight: Murder on the Disoriented Express (1996), has a straight mustache but curly everything else. 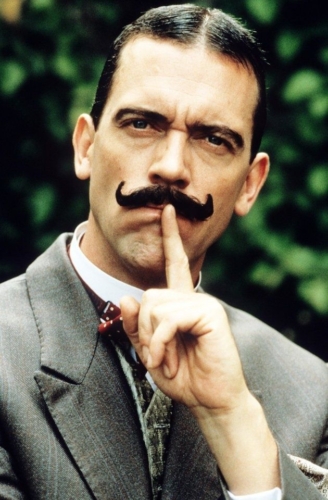 Hugh Laurie turns up as Poirot in the iconic cultural masterpiece, Spice World (1997). 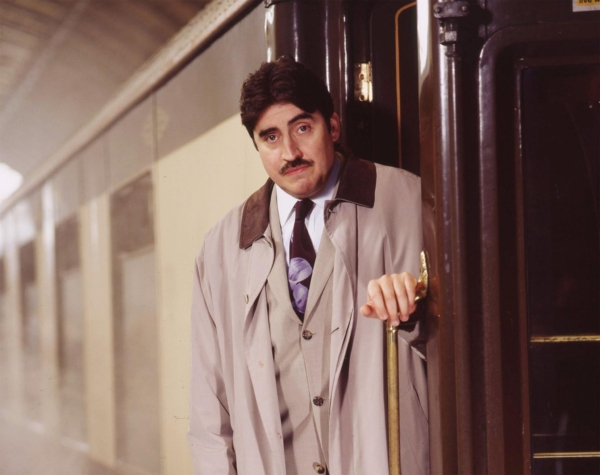 I figured I had to include this one because, well, you guys would be mad if I didn’t. It’s yet another adaptation of Murder on the Orient Express (2001), but it’s set in the modern day. Alfred Molina plays Poirot, and I’ve heard people say he’s not terrible … But I think I’ll pass. 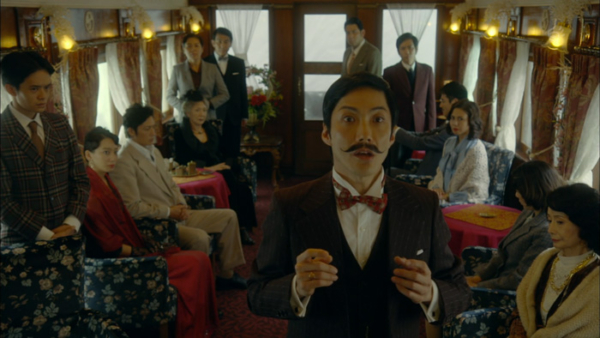 A Japanese adaptation of Murder on the Orient Express, starring Mansai Nomura as world famous detective Suguro Takeru. It came out in 2015. 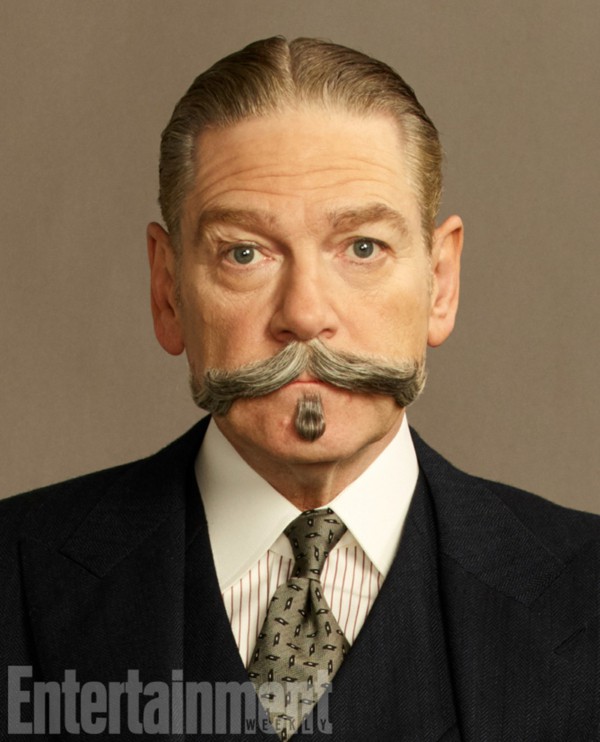 I have mixed feelings about the facial hair decisions being made here, but Branagh’s adaptation of Murder on the Orient Express (2017) was enough of a hit that he’s reprising Poirot in 2022’s Death on the Nile. 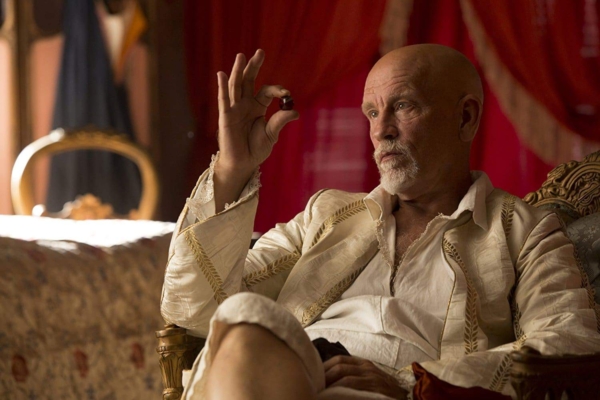 I will preface this by saying that I have not yet watched John Malkovich’s Poirot in The ABC Murders (2018), so I am reserving judgment on his portrayal. That said, the stills I’ve seen of the costumes from this show look amazing.

Who is your favorite Poirot? Tell us in the comments!