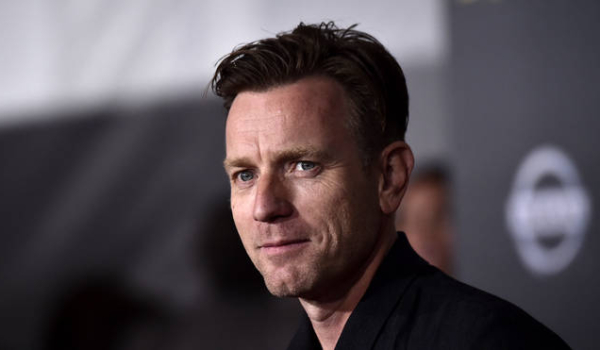 We kicked off quarantine last year with a brand new 55″ 4k TV, and the first thing we watched was Long Way Up (2020), the third installment of Ewan McGregor’s road trip documentary with his best friend Charley Boorman. Filmed in 4k, the sweeping vistas of their South American motorcycle trip helped quell the travel bug while we hunkered down. Lately, we’ve been rewatching Long Way Up, because it’s so wholesome and bingeable, but it caused me to realize that we haven’t done a Man Candy Monday on Ewan, which is a damn shame, because in addition to just being a delightful human being, he’s been in so many fabulous historical flicks. So, allow me to rectify the situation! I am reasonably certain this is Ewan McGregor, but every single image of him in this film is the worst potato quality. That costume looks pretty good, though. I remember seeing this film when it first came out, so I may need to revisit for the costumes… WHY IS HE SUCH A BASTARD IN THIS FILM??? I somehow missed this and now I’m sad. I love me a good, angsty 17th-century flick. This is one of those “OMG AMAZING COSTUMES” flicks that are unfortunately set after our 1969 cutoff date. Ewan McGregor plays the Iggy Pop to Jonathan Rhys Meyer’s David Bowie in Michael Stipe’s fictionalized retelling of the early 1970s glam rock era. Much as I dislike Rene Zellweger, I think I need to revisit this flick. The costumes look fabulous. STOP BEING SO PERFECT, EWAN. This film is gorgeous, and surreal, and he plays the young man version of the main character, reliving his life in beautiful stories. A biopic about Beatrix Potter. Clearly the early-2000s were all hard into Ewan and Rene, because you don’t get a second film with someone unless Hollywood thinks you have mad chemistry. This was the movie that prompted me to remember that we hadn’t done a MCM about Ewan yet, because it’s referenced briefly in Long Way Up. Ewan says he had “fabulous hair” in this flick. Ewan literally has a 3-second cameo in this film. I wouldn’t even know about this flick if it weren’t for the fact that I’m doing this post right now … The costumes actually look pretty decent, though! Another movie about a mega famous white dude playing Jesus. This is my face: -_- Why do I feel like they couldn’t get Daniel Day Lewis? I am sure this movie is Very Good, but I really have no desire to watch it. We loved the the costuming in this film, but it’s Disney fantasy so… A wholesome and whimsical story about the adult inspiration for Winnie the Pooh. I started watching this and then kind of lost interest … But Ewan is very, very good as the iconic designer, and the show is complete early-1970s eyecandy.

Are you a Gen X fan of Ewan McGregor or a Millennial fan? Tell us in the comments!