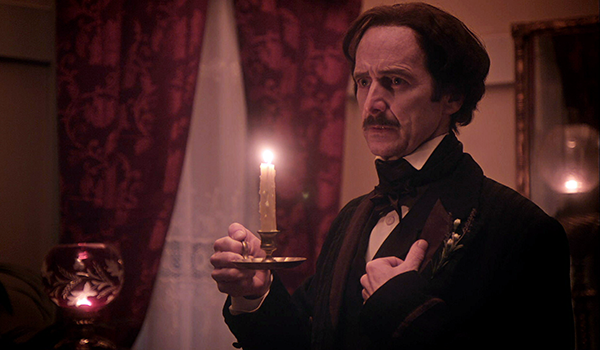 Writer and poet Edgar Allan Poe (January 19, 1809 – October 7, 1849) is a Halloween favorite for good reason. The macabre is a prominent theme in his work, and his own life was suffused with tragedy. Orphaned, always struggling with money and debt, and an alcoholic, Poe wrote iconic stories like The Fall of the House of Usher, The Pit and the Pendulum, and The Masque of the Red Death during his mere 40 years, along with memorable poems, most notably “The Raven.” Many of these have inspired movies and TV shows, and every so often Poe shows up as a character to introduced his own work. More rare are on-screen biographies, and unfortunately he’s mostly gotten a horror-show version instead of anything very historically accurate. But in honor of the spooky season, let’s give the original literary goth boy his Man Candy Monday due! 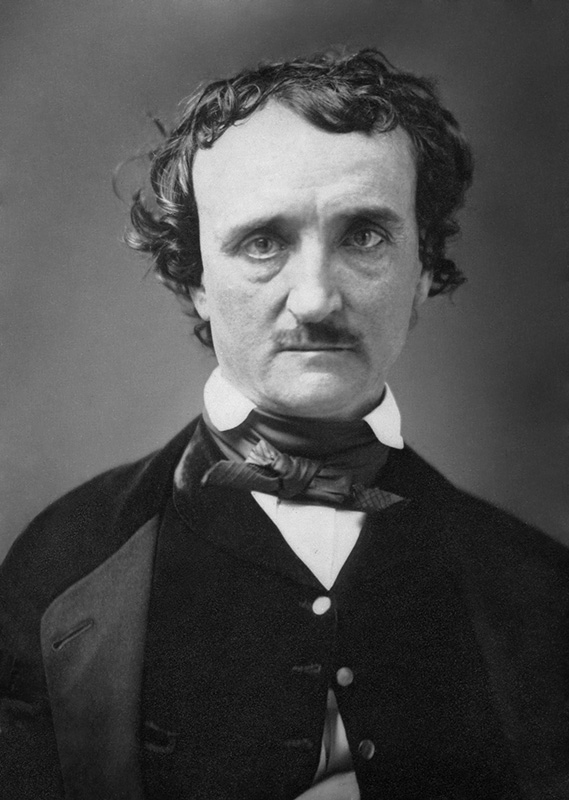 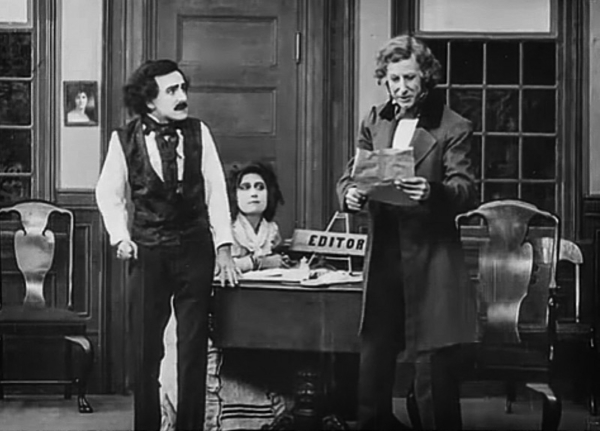 This 6-minute silent film is more of a biographic sketch of Poe, but Yost appears in what will become the classic “Poe” look. 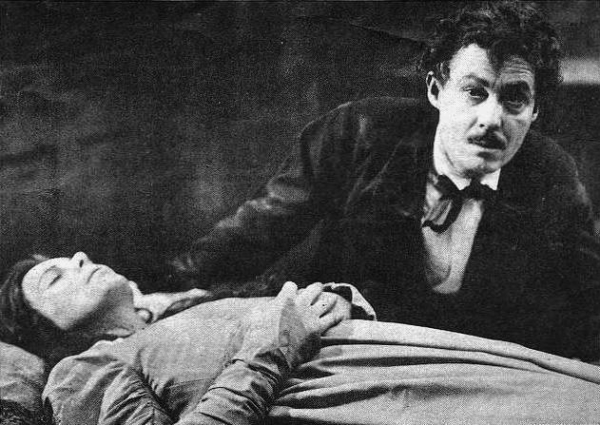 Another silent film, but 57 minutes, and covering more of Poe’s life story, trying to show the inspiration for the eponymous poem. 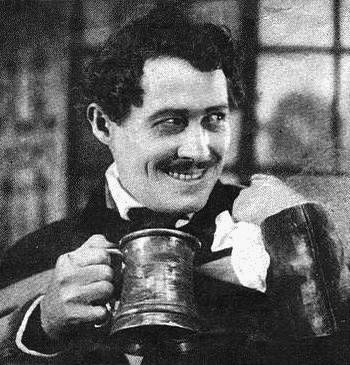 And going for the drunken crazed Poe angle.

Shepperd Strudwick in The Loves of Edgar Allan Poe (1942) 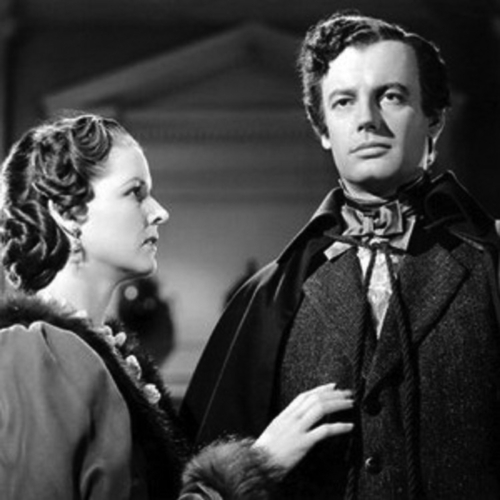 With Mary Howard as Poe’s adoptive mother, Frances Allan. This feature film tries to paint Poe as a romantic hero, spurned by his first great love & misunderstood as a poet. 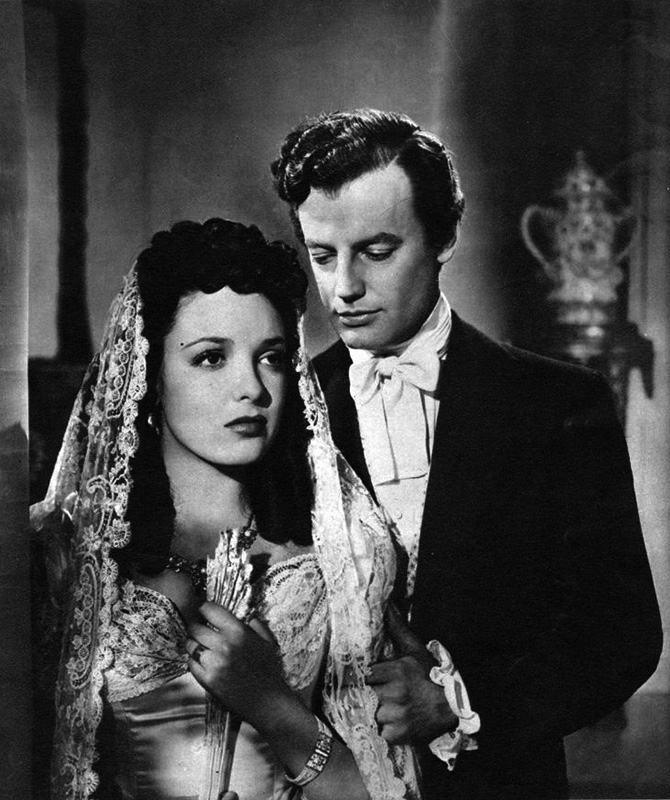 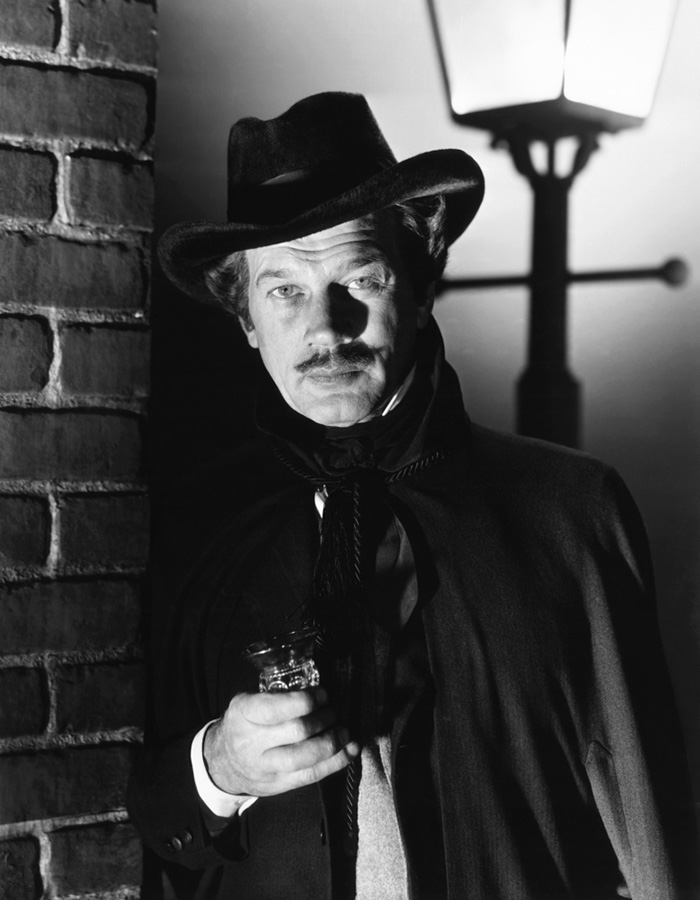 The “secret” of this noir thriller set in 1848 is that the main character is actually Edgar Allan Poe.

Silvano Tranquilli in Castle of Blood (1964) 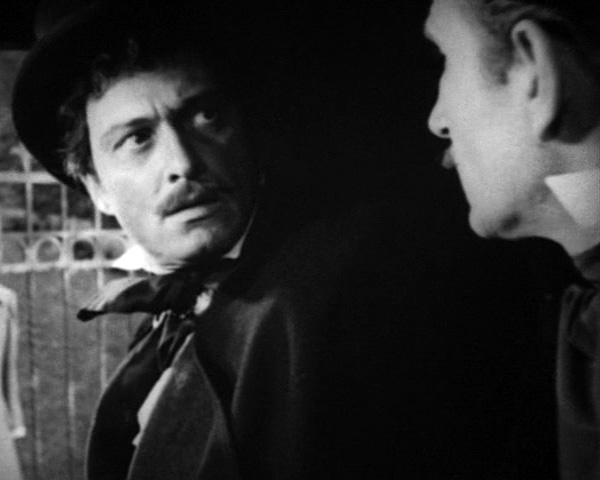 In this Italian horror flick, Poe recounts his stories as actual supernatural events. 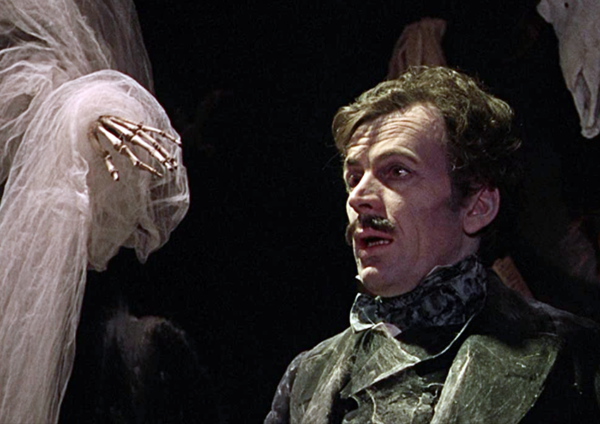 One story in this horror anthology flick features a Poe fan who has the poet himself in his collection. 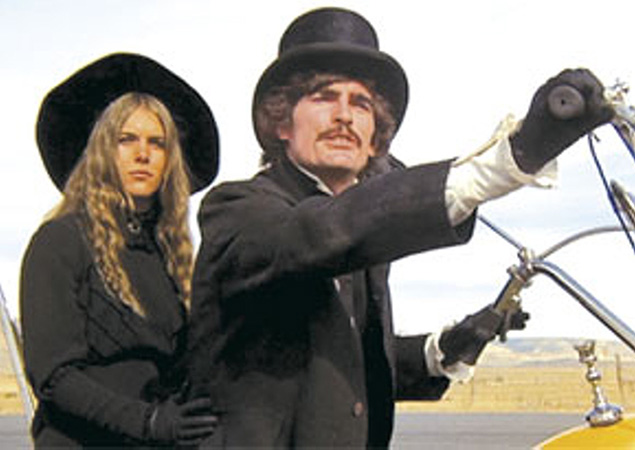 It’s a wacky hippie apocalyptic road movie where Edgar Allan Poe shows up on a motorcycle with Lenore. It’s a gas, man! 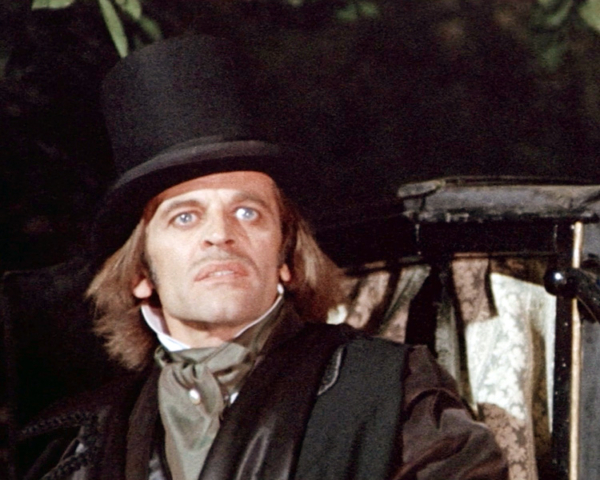 A remake of Castle of Blood, though here Edgar Allan Poe narrates the story.

Robert Walker Jr. in The Spectre of Edgar Allan Poe (1974) 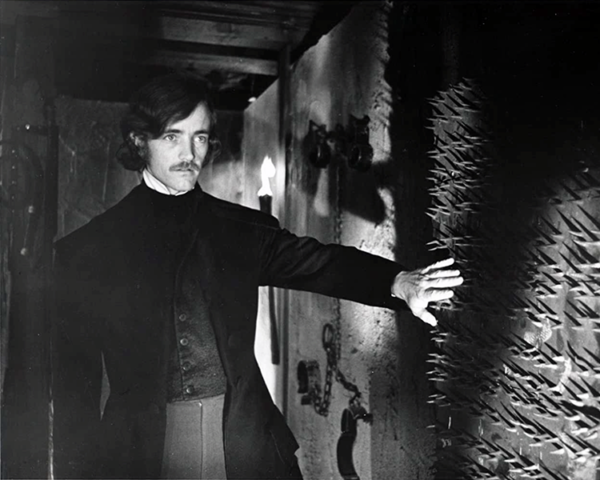 OMG this is a cheap bad flick that randomly has Poe running around an asylum. 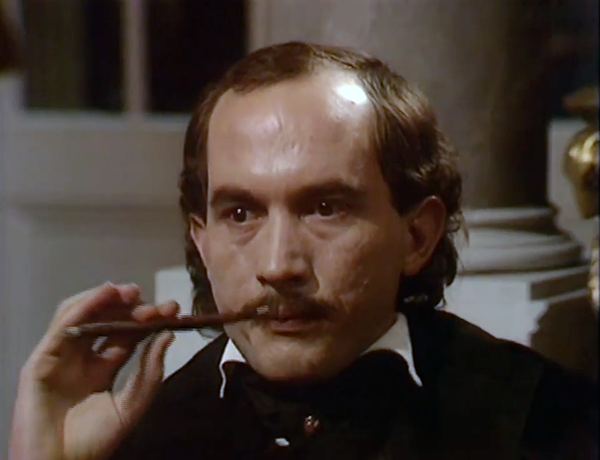 In one episode of this Charles Dickens miniseries, the two writers meet. 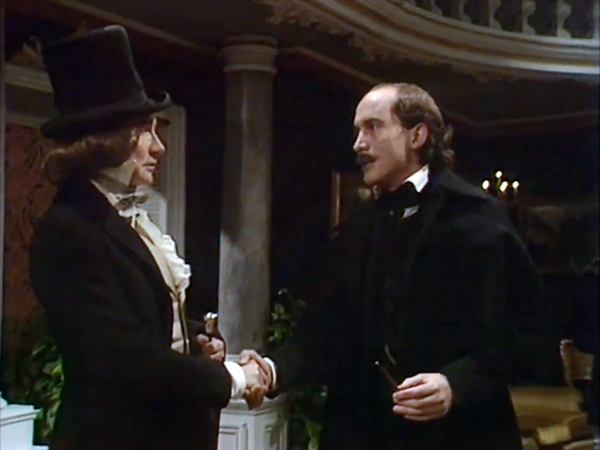 It’s not a bad characterization of Poe, but I’m thrown off by his English accent. Poe was raised in Virginia, so I’d expect more of a Southern American accent. 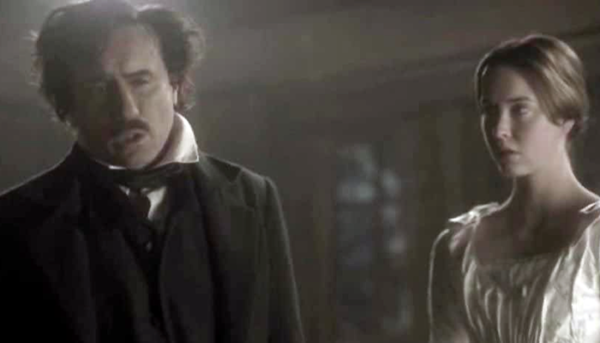 Set in Philadelphia 1840, this TV episode suggests that the black cat of Poe’s wife Virginia inspired the story of the same name. 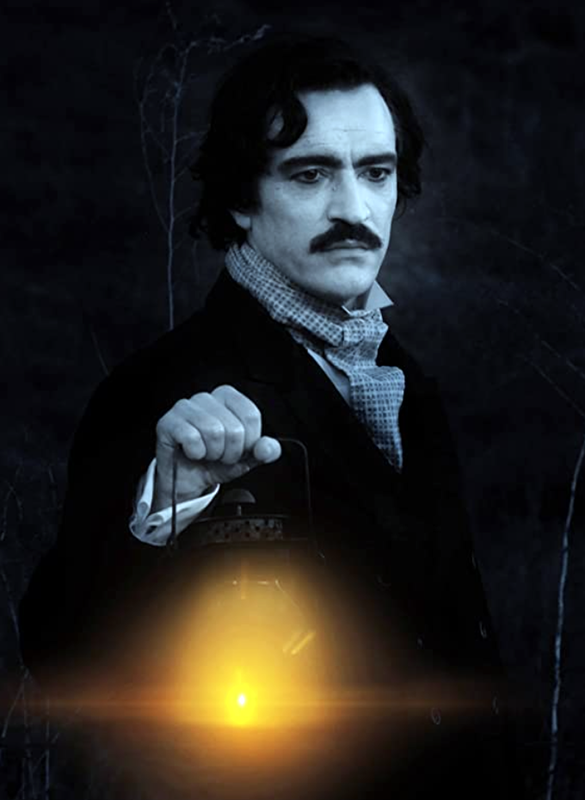 The main character in this horror film encounters Poe in a dream. 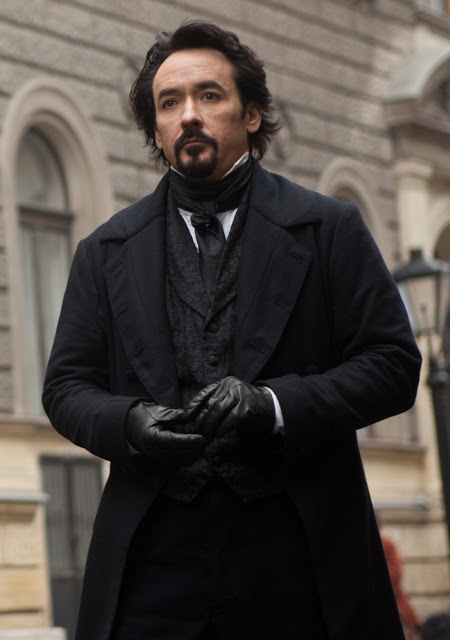 My high-school dream-boyfriend looks like the perfect Edgar Allan Poe. 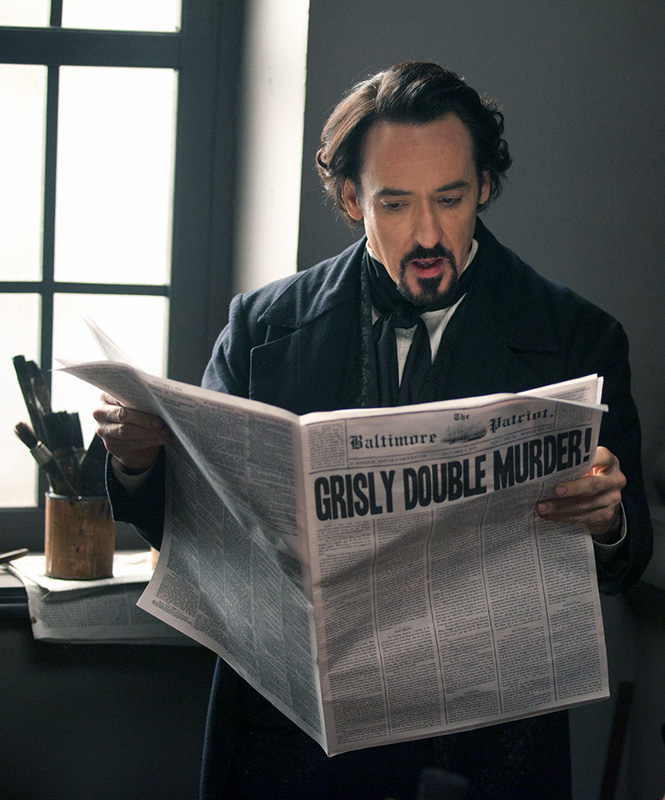 But this movie is a huge disappointment — neither a solid biopic of the author nor an enjoyable horror flick. 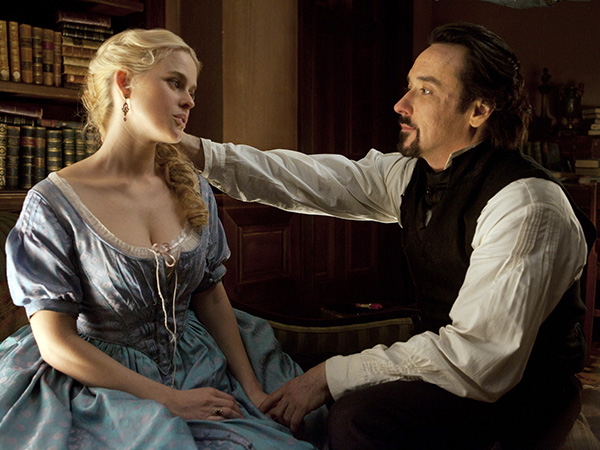 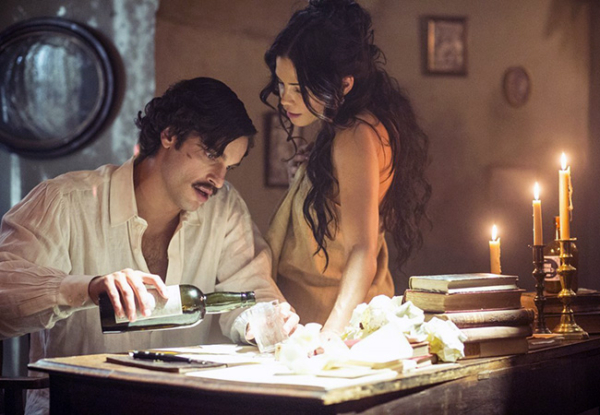 In this Lifetime Channel TV series episode, the witches explore their past lives & find that one of them banged Poe. As you do. 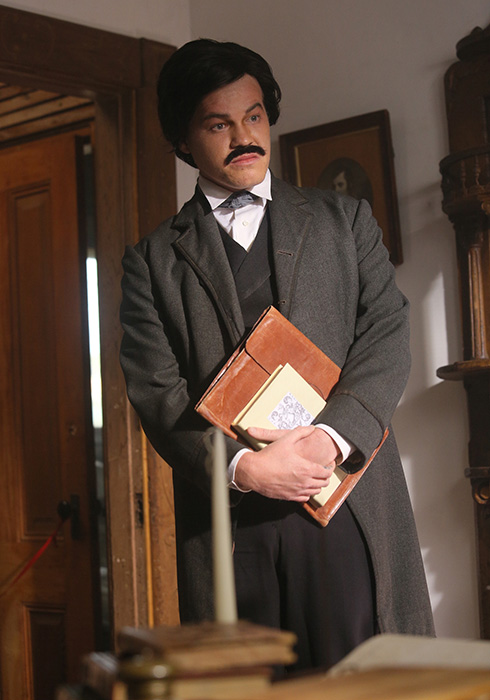 Telling the real story of the feud between Edgar Allan Poe & Rufus Griswold, plus booze!