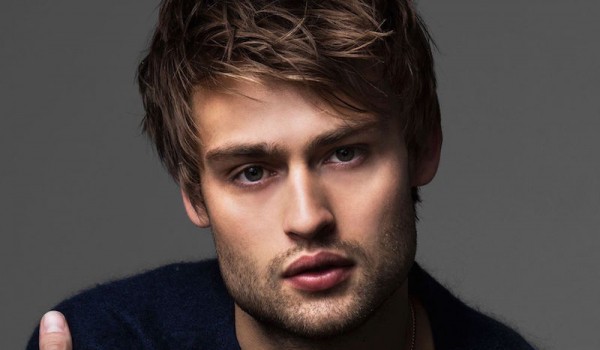 Douglas Booth has been in a surprising number of historical costume movies & TV shows, given his youth. He’s 26, which to me seems like 12, so it’s extra scary that I think he’s SO PRETTY INSERT HEART-EYE EMOJIS. The pretty face combined with the strong jawline is such a great mix of delicate and manly, and his boy-band tousled hair… Yeah. He elicits awkward adolescent giggles in me. Let’s gaze, shall we?

A children’s story turned TV movie about a 1940s kid who travels back in time to the previous century. 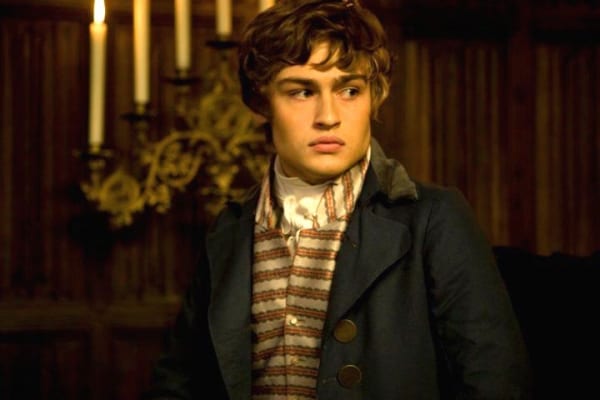 He can rock a cravat. I’m sold!

Booth plays a young Prince Eustace, heir to the British throne, in this medieval-set miniseries adapted from a novel. 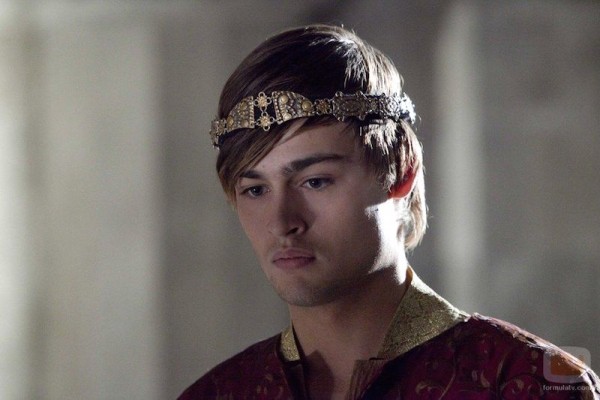 I’m not convinced that Justin Bieber hair was a thing in the 12th century, but you tell me. 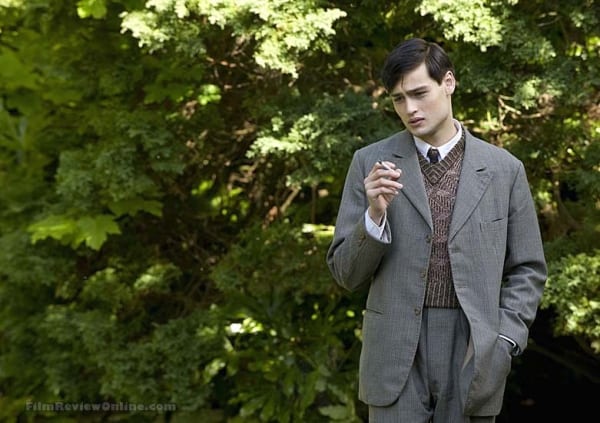 He plays Pip in yet another adaptation of the Charles Dickens classic. 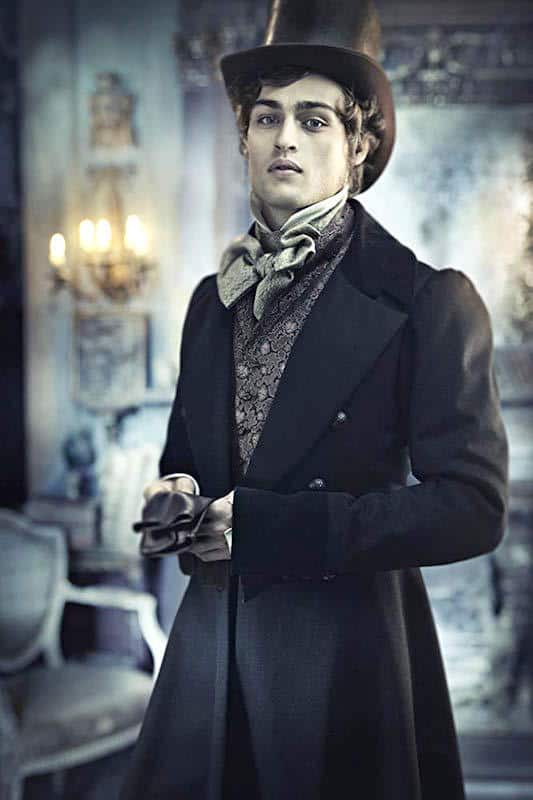 I love that hat and the skirted shape on the coat. 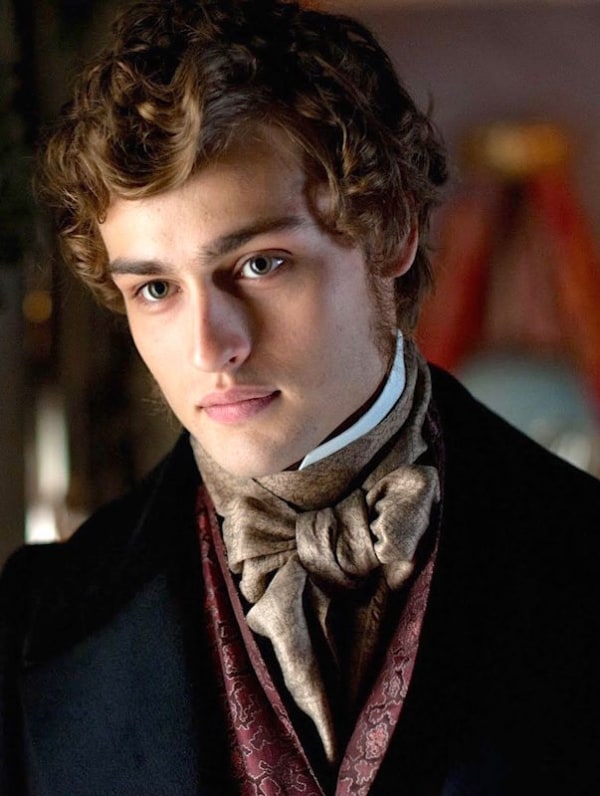 HE’S SO TENDER AND JUICY 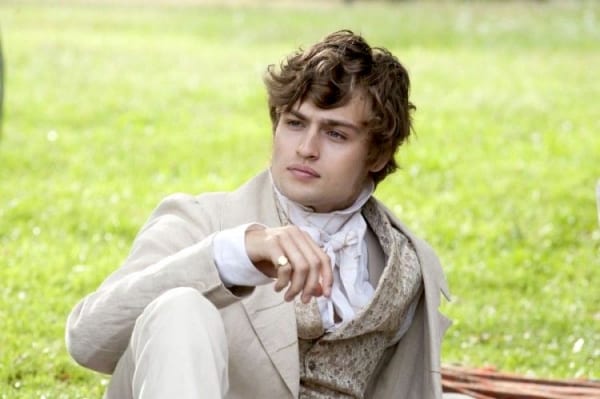 I’m sorry, what? I wasn’t listening!

A loose adaptation of the Shakespeare classic, with super young actors who are more age-appropriate to the original than most productions. 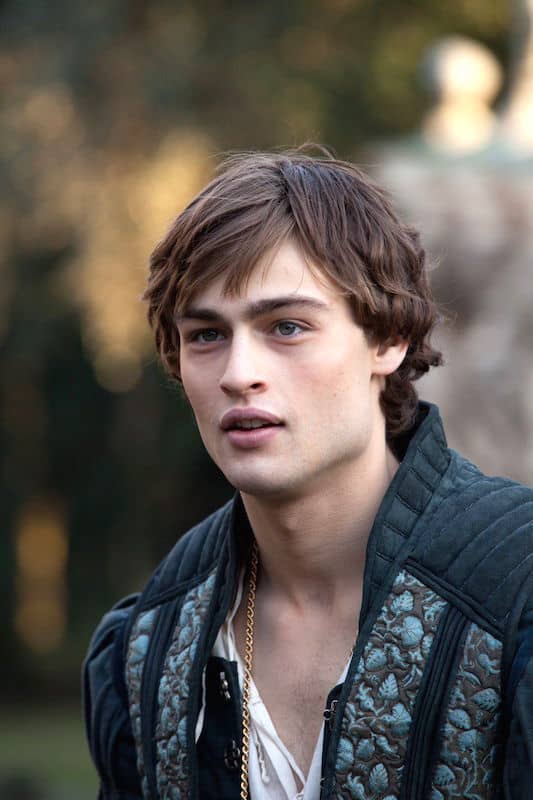 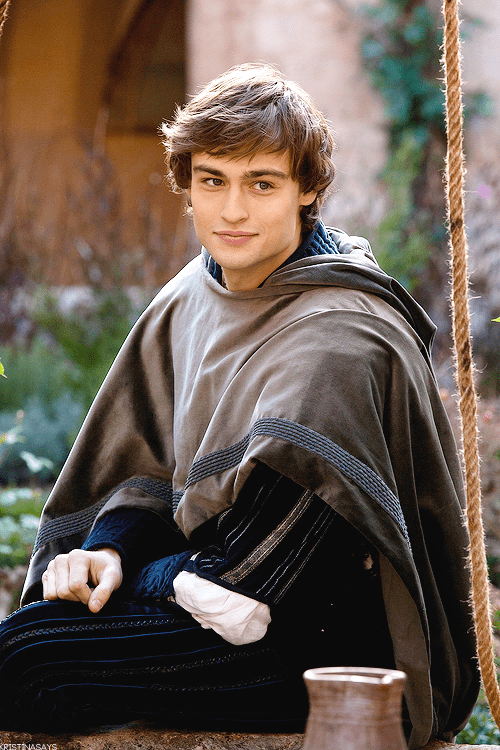 A great, atmospheric adaptation of an Agatha Christie story. Booth doesn’t get much screen time as a rich, spoiled playboy. 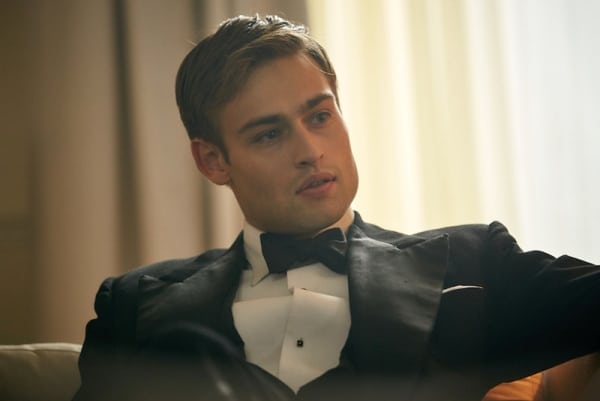 Okay, so the period-appropriate hairstyle didn’t stick for very long.

Despite having seen both Great Expectations and And Then There Were None, this is the production that made me sit up and go “HELLO! THERE’S A NEW SHERIFF IN TOWN!” Booth plays Mr. Bingley in the zombie version of the Jane Austen classic, and while he’s mostly just there to be pretty, that was plenty enough for me. 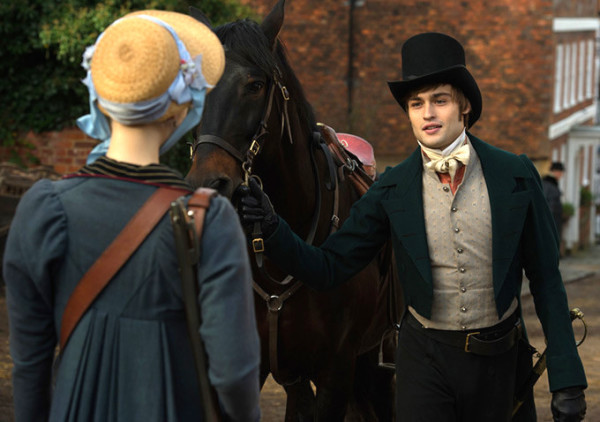 He doesn’t need to talk, he can just give me that half-smile! 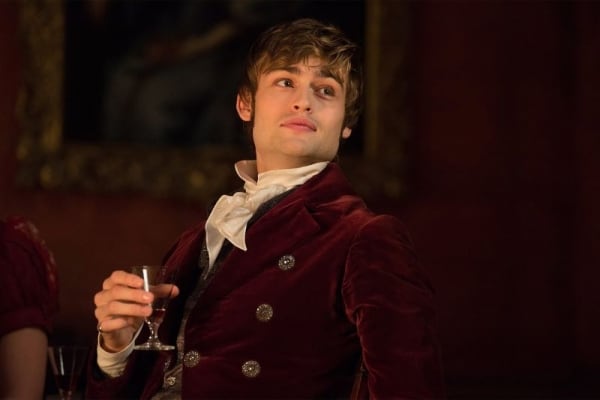 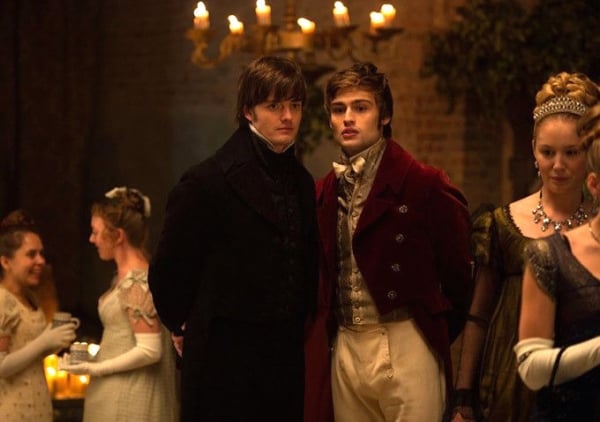 Well! He sure fills out those fly-fronted trousers nicely!

In which Booth proves he can really act! He plays real-life music hall star Dan Nelson in this Jack the Ripper-esque fictional story, and his character and portrayal really add an interesting depth to things. 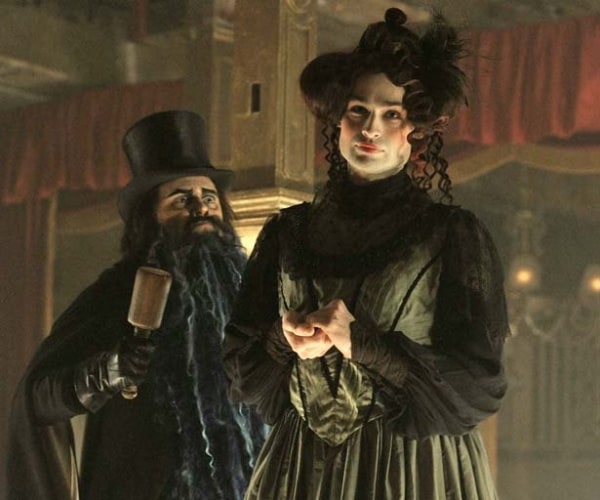 He really threw himself into this role and captured the gender ambiguity that was the heart of Nelson’s appeal. 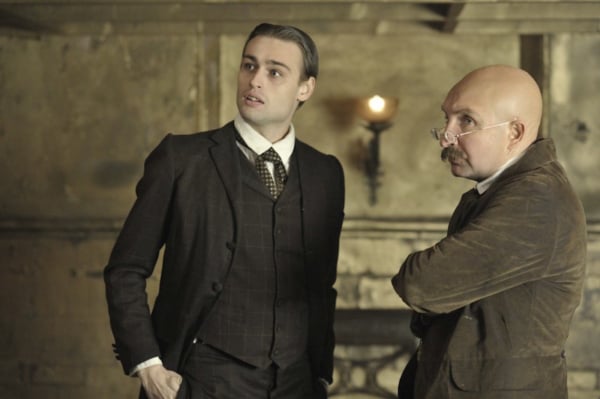 AND HE STUCK THE LANDING WITH PERIOD-APPROPRIATE WONKY TEETH! 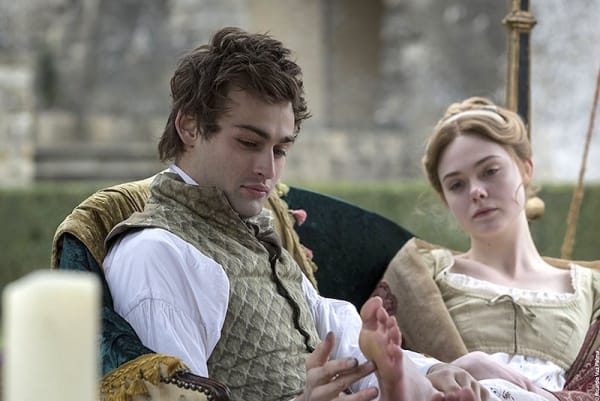 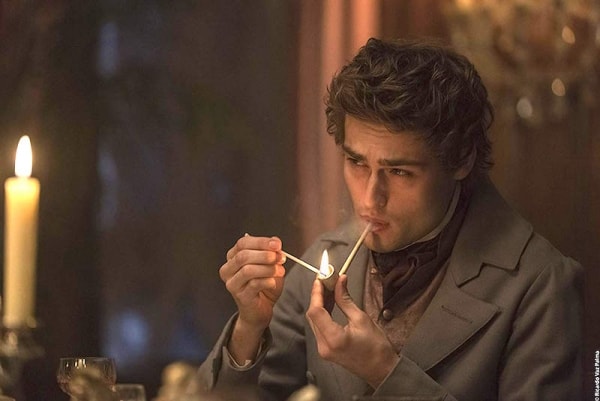 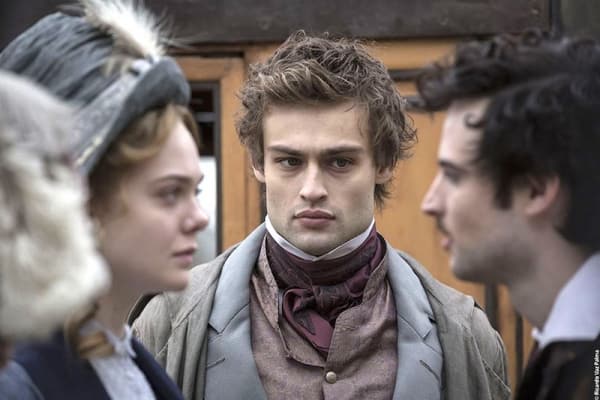 He’s playing Nikki Sixx in this forthcoming story of real life metal band Mötley Crüe, which Trystan says I get to review despite our usual 1960s cut-off because I may have had a hair metal phase as an early teen!! 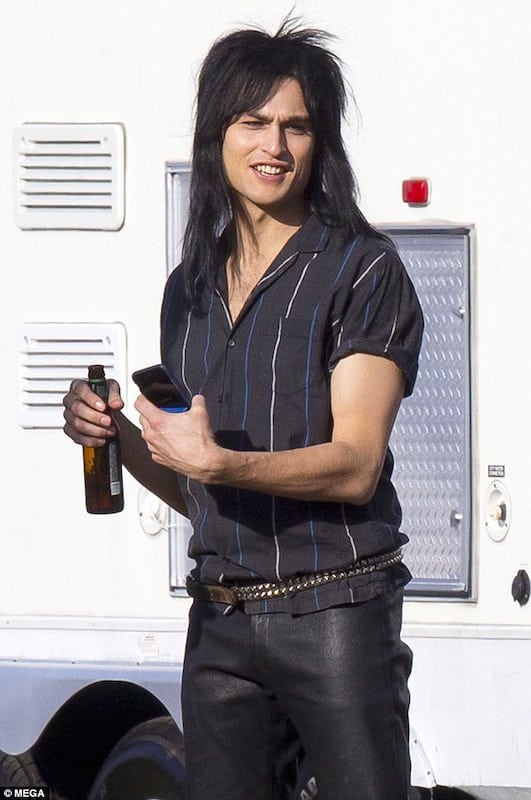 I kind of think he’s TOO pretty for Sixx, but I will reserve judgement til I see it!