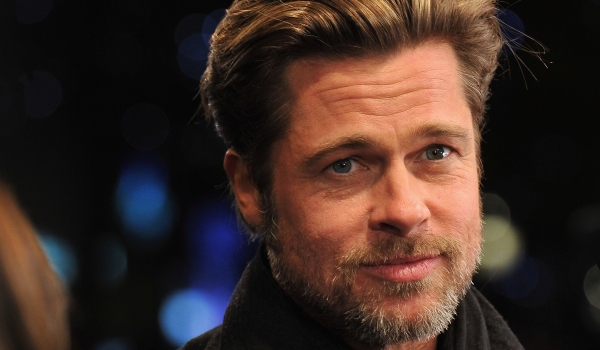 I don’t know about you, but I never really thought of Brad Pitt as a guy who works in a lot of historical films, but looking at his list on IMDB, it quickly becomes apparent that he’s got a pretty good chunk of films set pre-1969 to his name. So let’s check them out! A movie about fishing, life, and stuff. Honestly, this was never high on my list of films to watch, but it got rave reviews when it came out. Put me in the with the people who were HIGHLY skeptical of the casting choices in the now-cult classic Anne Rice novel adaptation. But somehow it all worked. Trystan hates this film. Click on the link to read all about why. Another one of those massive blockbuster flicks from the late-1990s that I somehow never managed to watch. I guess I should get around to it eventually, because I’m told it’s a pretty good flick.

Confessions of a Dangerous Mind (2002)

I totally remember watching this film when it came out, but I have almost no recollection of the film itself. That said, Brad Pitt and Matt Damon have cameos in it, as contestants on “The Dating Game.” I need to re-watch this for, uh, research purposes. I tried SO HARD to watch this movie but I just couldn’t do it. It’s weirdly paced, weirdly plotted, and fucking Casey Affleck is SO IRRITATING, which yes, was the point of his character, but damn. I made it about ten minutes in before I had to turn it off. Another mega hit that I never watched. I think I have an aversion to films that are too sappy, too shmaltzy, too Brad-Pitt-y. Even if he is super easy on the eyes. I like about every third Tarantino film he makes. This wasn’t one of them. I think this film is supposed to be a profound commentary on the transience of life, but it all sounds incredibly overwrought. We haven’t sat down and really covered this film for the blog, but it’s on my to-do list. A macho wankfest about WWII, which is of course something we tend not to give much of a fuck about on this blog. That said, 2020 was the year every man I know had “the Fury haircut.” Incidentally, just about every Google search I did on these films came up with the result “Brad Pitt hair in [X] movie”. This actually looks like a fabulous flick, and it’s going on my short list. Spies falling in love with each other during the War. Finally, a WWII plot that sounds vaguely interesting. Remember what I said above about liking every third Tarantino film? I loved everything about this film except for the last 10 minutes of it. 10/10 would watch the Western movie-within-a-movie that DiCaprio’s character is filming while the other parts of the movie take place.

What’s your favorite Brad Pitt historical flick? Tell us in the comments!