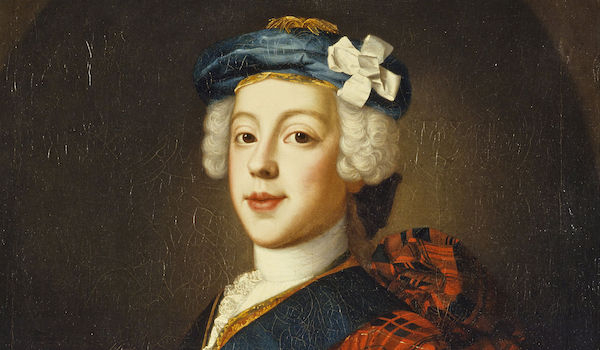 Well, there is goes, the big Outlander second season two finale and the you-knew-it-wouldn’t-end-well Battle of Culloden. And why? Because Bonnie Prince Charlie, that’s why. And Scotland. And, really, the English overlords, if you want to get at the start of things. But this isn’t about politics, this is about the sometimes foppy, sometimes valiant, sometimes incompetent, usually tragic figure of Prince Charles Edward Stuart, the Young Pretender, heir to Scotland’s throne. For such a hugely romantic figure in Scottish history and literature, he actually hasn’t shown up in film or TV very often or very successfully. Outlander is perhaps the most in-depth portrayal, even if it’s not an especially sympathetic version. Our last Outlander recap and podcast will come out tomorrow, but I want to take a Man Candy Monday look at the historical anti-hero first.

Although really, before we indulge in some fictional Bonnie Prince Charlie on screen, we should get familiar with at what is known of the real person. Here are the contemporary portraits I could verify (note that, much like his predecessor Mary Queen of Scots, a great many paintings are attributed as being him but aren’t legit!). 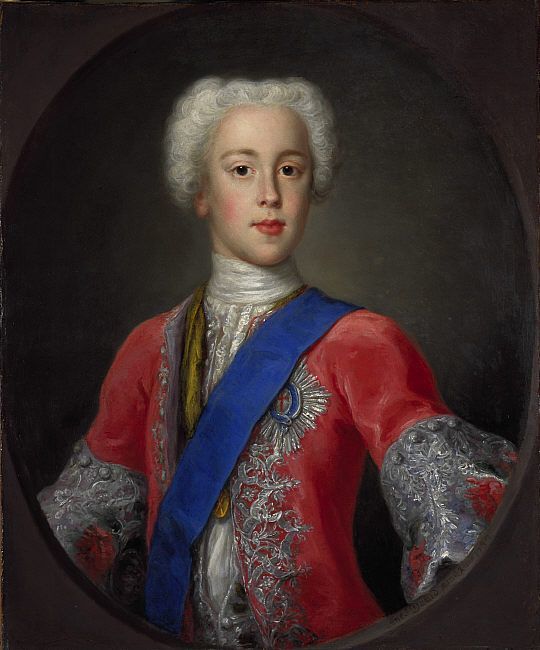 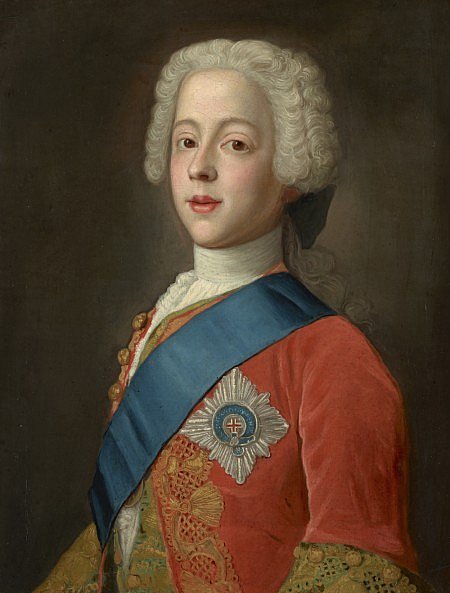 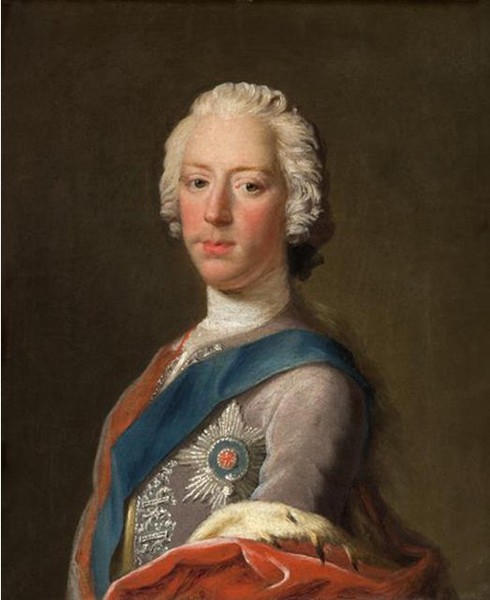 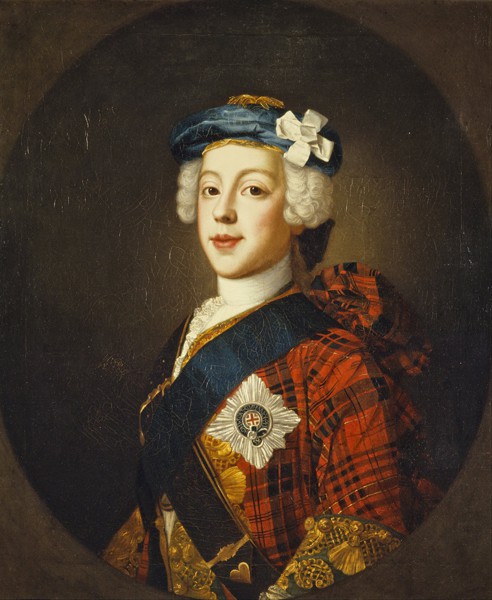 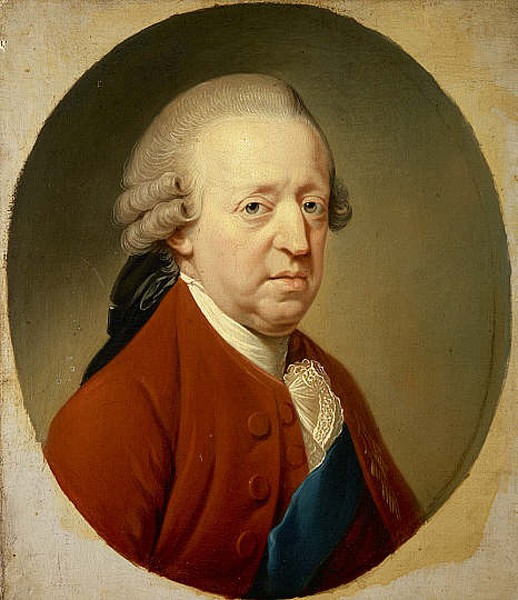 Alright then, how do the few film and TV versions of the bonnie prince measure up? Let’s compare… 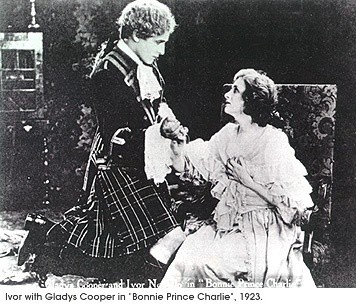 This silent movie was filmed on location in the Scottish Highlands, so props for that. But I could only scrounge up one photo and a few super-charming adverts. These images pretty much cement the fictional representation of Bonnie Prince Charlie as part 18th-century fop with powdered wig and lots of lace and part All-Plaid Scots SuperHero with great kilt and plaid coat. 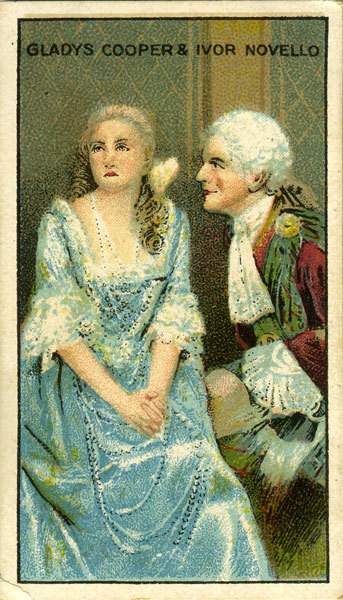 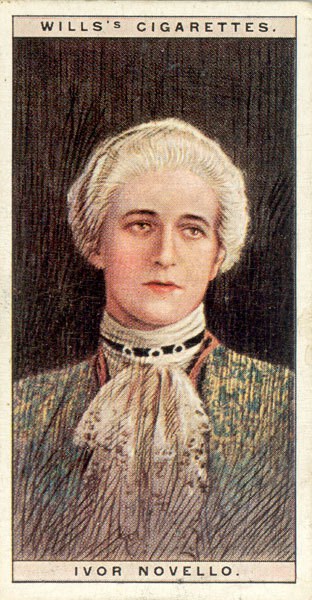 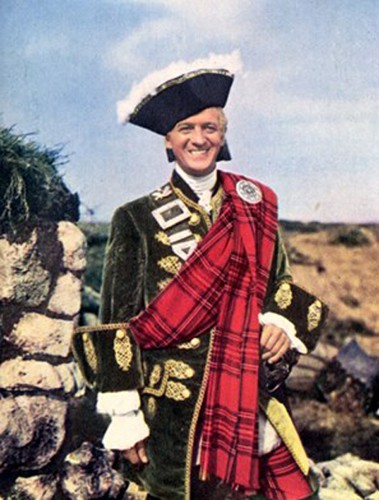 The only full feature-length movie made about Bonnie Prince Charlie and Culloden, and by all accounts, it sucks. A few of the battle scenes were used in Errol Flynn’s The Master of Ballantrae (1953), which wasn’t a big hit either. 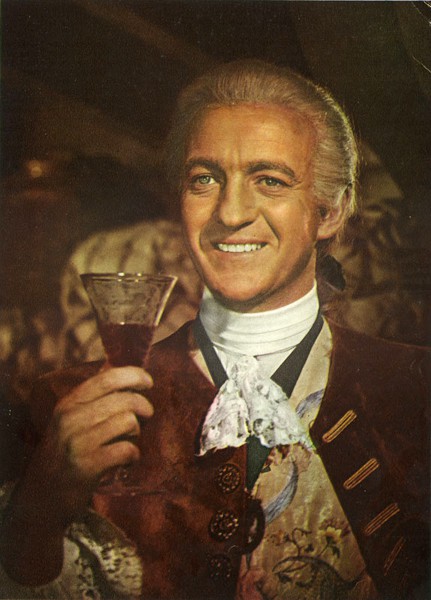 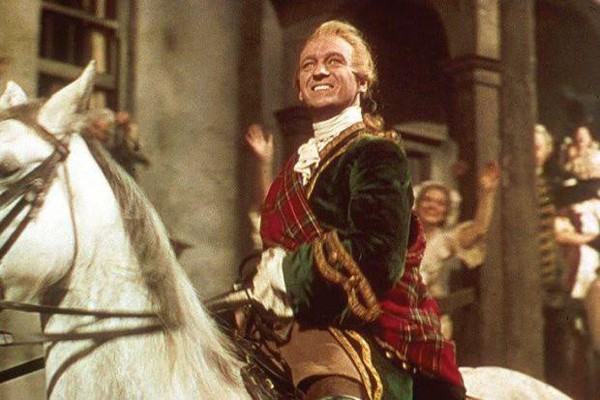 But I’m not buying Niven as the Prince. 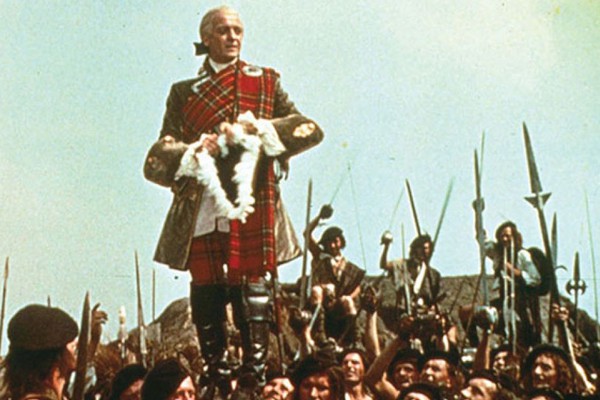 And audiences didn’t either. 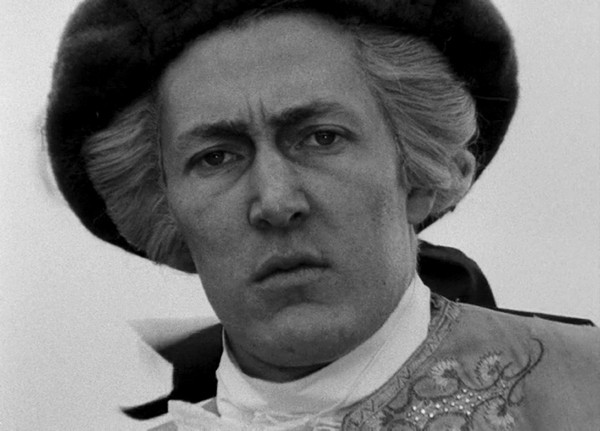 This is a mock documentary about Culloden, filmed as if a modern TV news crew were covering the battle and interviewing participants. I agree that this one is justifiably praised for giving a gritty, realistic, and even-handed look at what happened as opposed to a romanticized story. 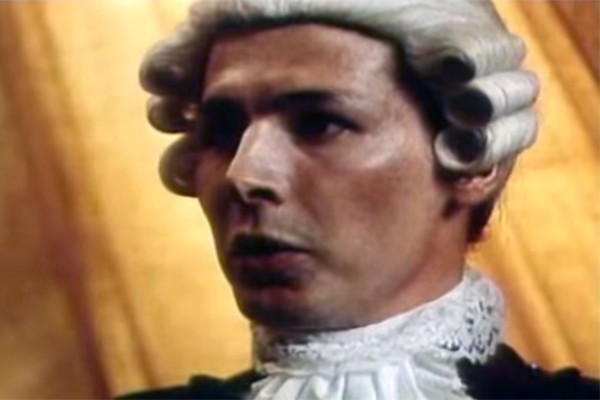 Super low budget take on Culloden. I think this flick was a locally produced movie using a lot of reenactors as the cast. 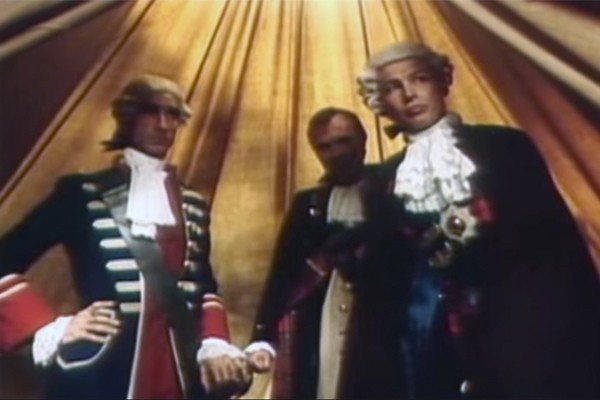 What little money they had was spent on those two wigs. Meh. 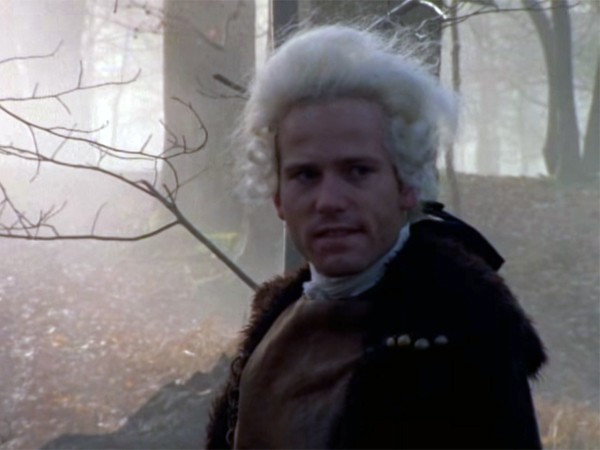 Well, of course, everyone’s favorite immortal Scotsman has a run-in with Bonnie Prince Charlie! In this ep, circa 1746, Duncan MacCloud is helping the Prince escape Scotland right after the battle — and yes, Charles leaves in drag. 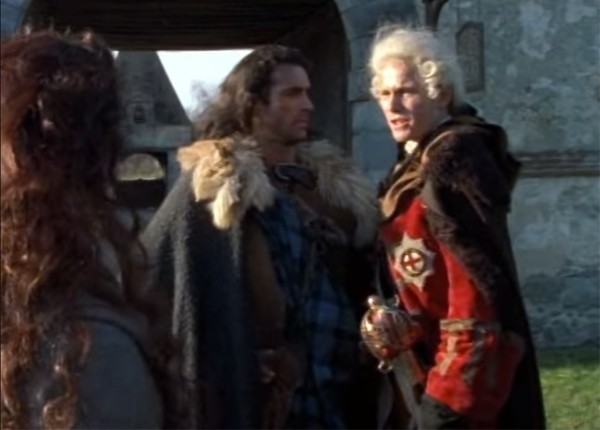 This scene is after Culloden so the Prince is all rumpled and his wig is messy.

Highlander episode, “Through a Glass Darkly” (1996) 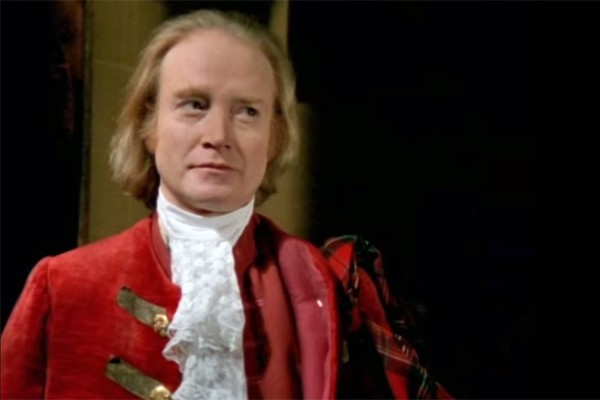 And again, Duncan meets up with the Prince, only now it’s much later — 1786 — and Charlie’s not so bonnie. He’s an old man and there’s no more battles to be fought for the Scottish throne. 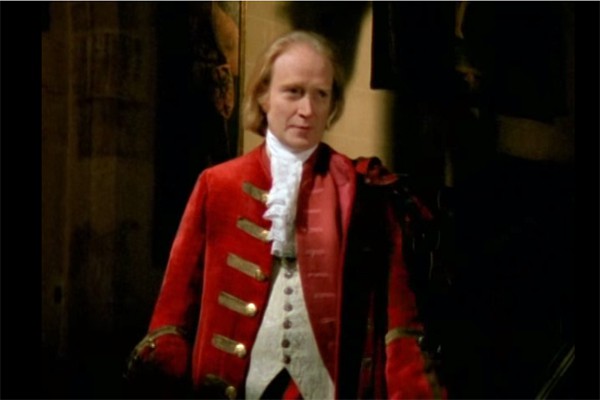 Really nailed the look of the older portrait of the prince here. 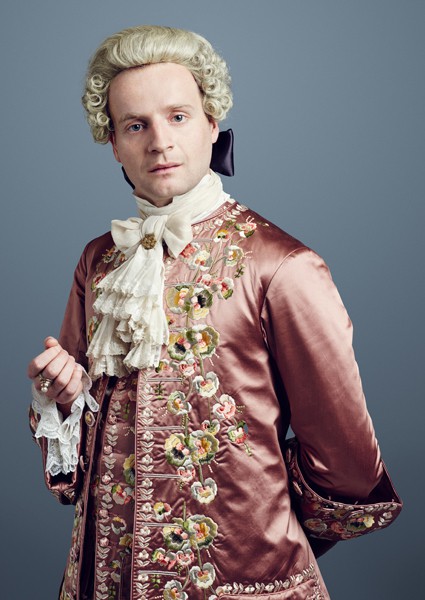 This Bonnie Prince Charlie is waaaaaay better dressed than any of the others, that’s for sure. The character is charming, stupid, irritating, and determined, which is a pretty fair picture of this man in exile dreaming of ruling a country he doesn’t know. 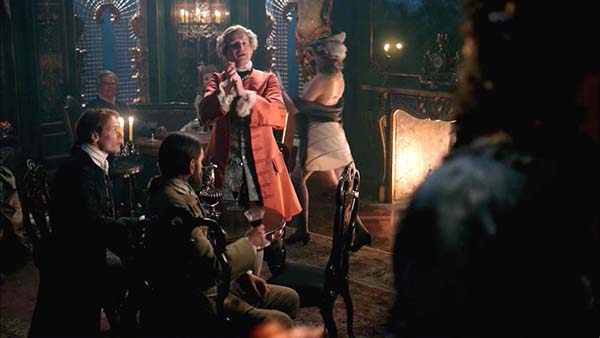 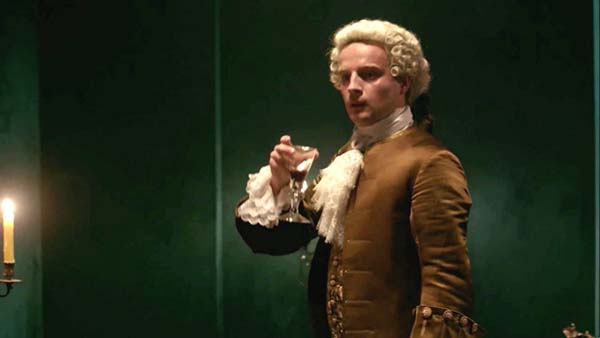 Again with the cocktails. 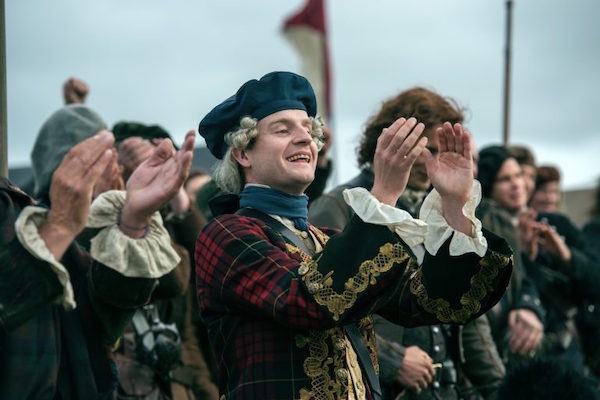