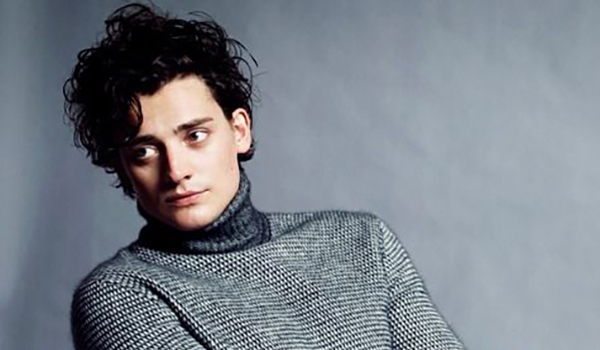 He was born around the time I graduated from high school. He’s only had a 30-odd screen appearances at all — but a bunch have been frock flicks, and he has that pouty emo boy thing I dig. Thus, here we are with a Man Candy Monday about Welsh-born Aneurin Barnard. Enjoy! 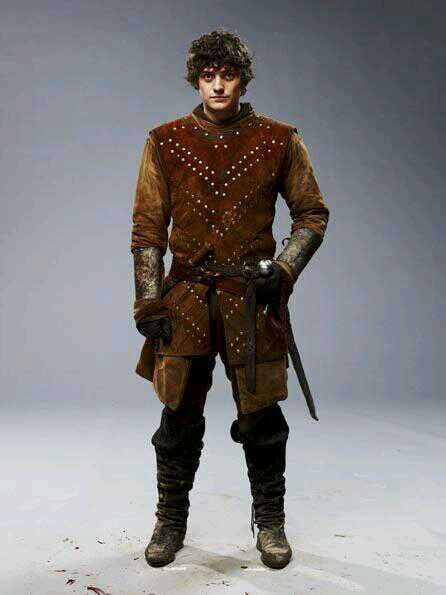 Getting medieval on yo’ ass. 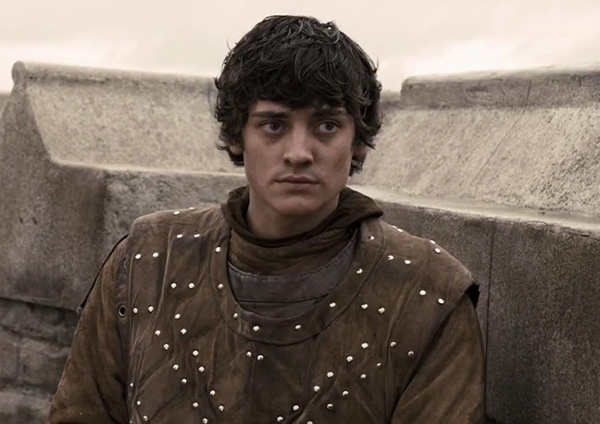 But still kinda emo in the 13th century. 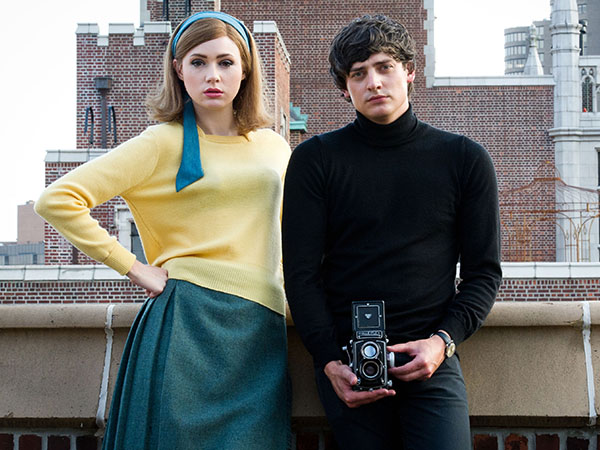 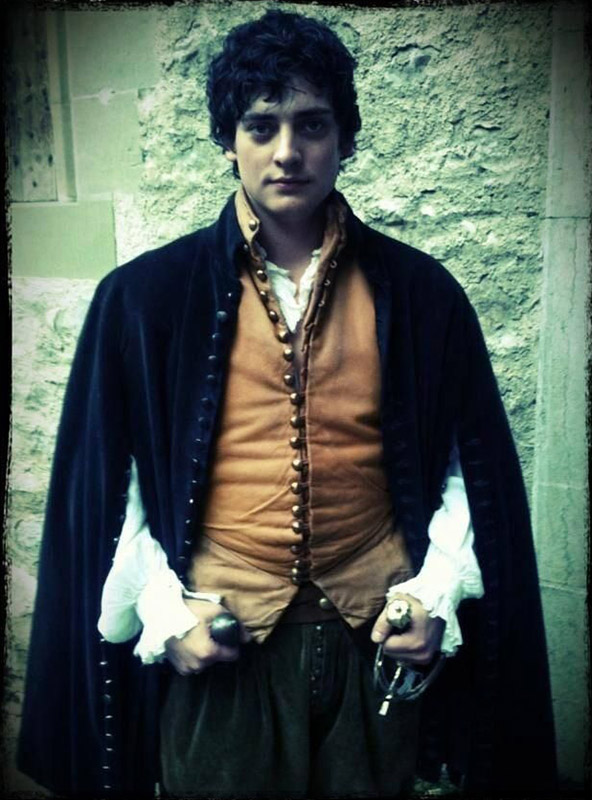 The first of his ‘historical douchebag’ roles. Cute, but Darnley is still a d-bag in this French take on MQoS’ life. 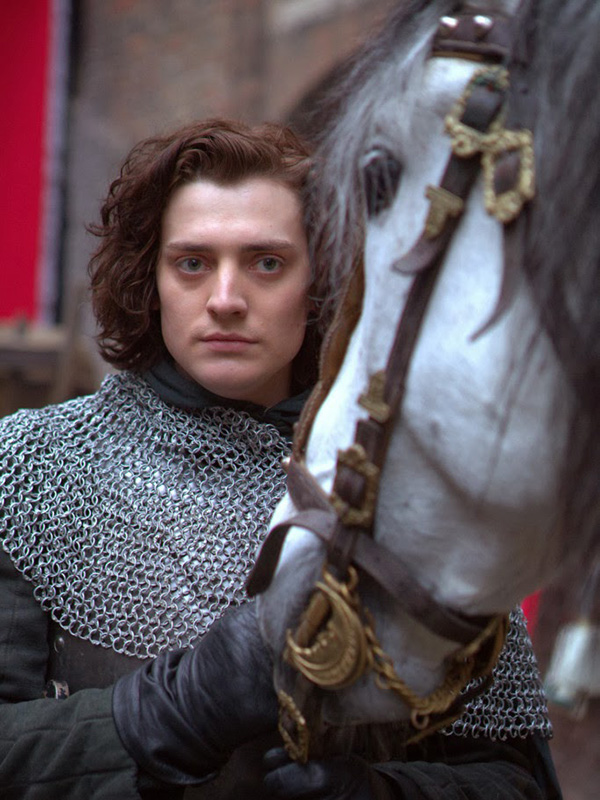 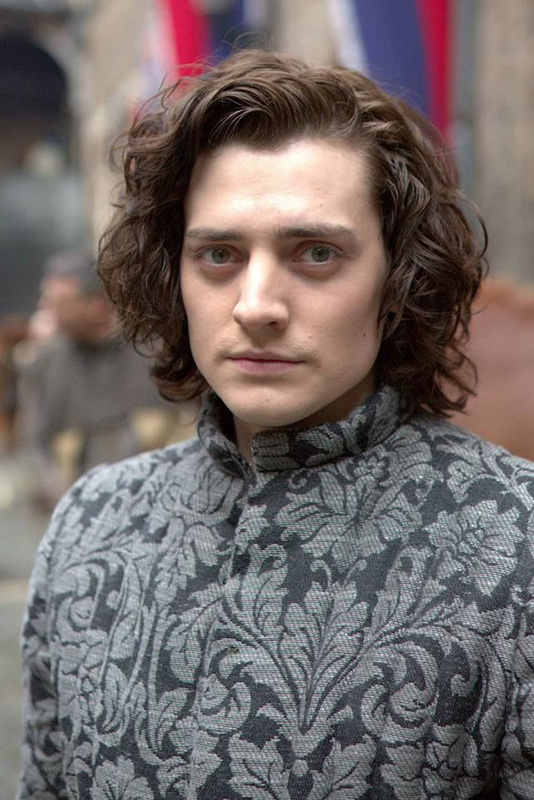 Let me tousle that hair! 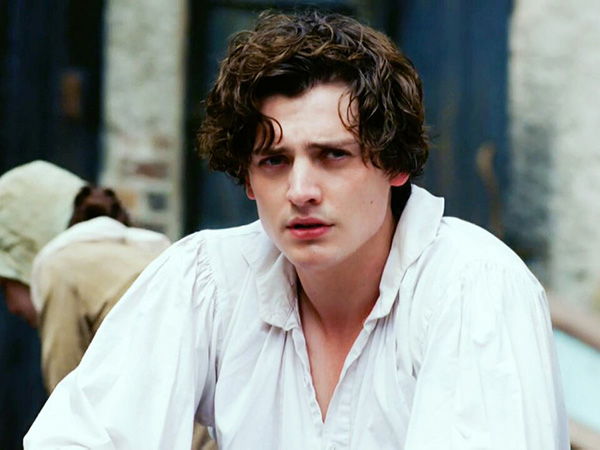 It’s like you plucked a picture out from the pile of Cliche Guys Trystan Has Dated right here. 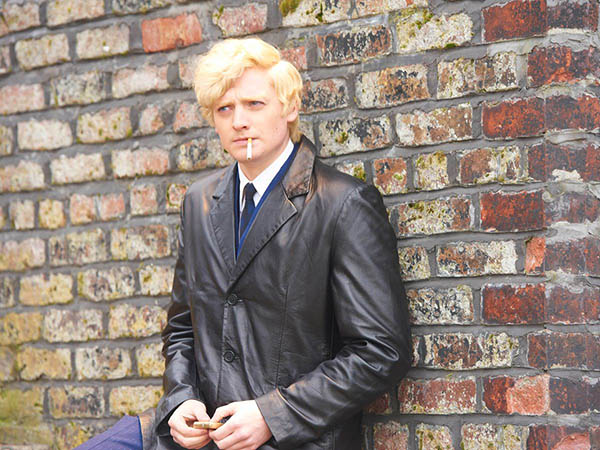 Whoa! I did not recognize him in this miniseries about Cilla Black, an English pop performer in the 1960s. 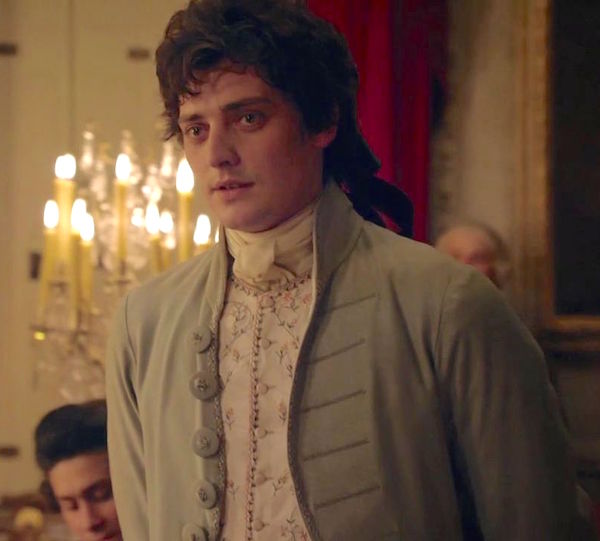 And here’s where Kendra starts calling him “Frodo” because his hair doesn’t work for the period of flicks he’s in and the stylists can figure out what to do with curly hair or don’t just give him a good wig. I don’t blame him though, he’s still adorable IMNSHO. 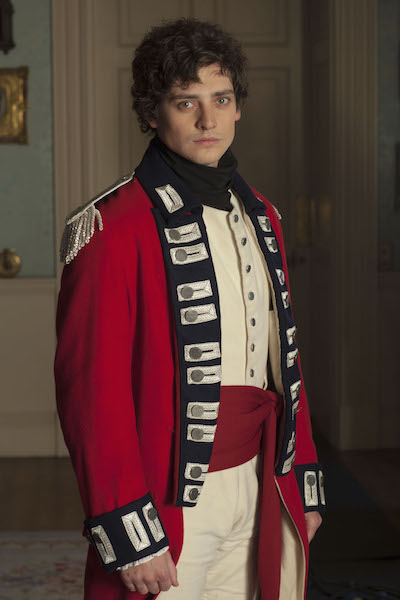 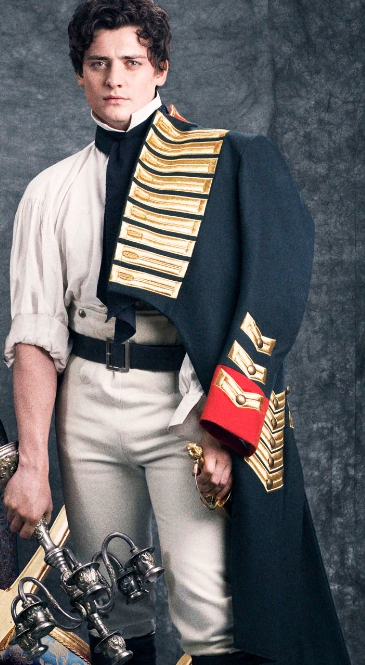 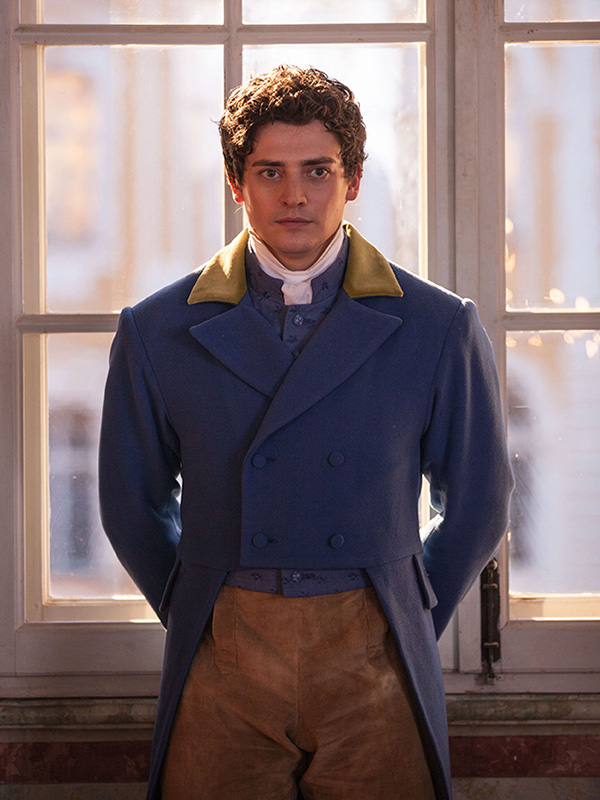 But another of his kind of douchy historical characters. Hey, someone has to play ’em! 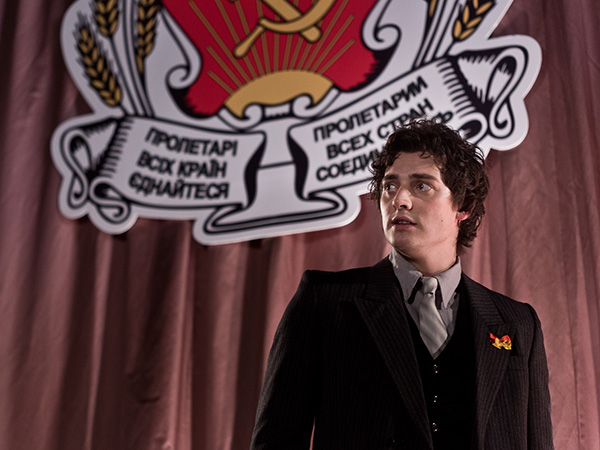 Set in 1930s Ukraine, this movie is about peasanty lovers being crushed by Stalin’s regime. I’m guessing from the pic that Barnard is on Stalin’s side? So then, another historical baddie. 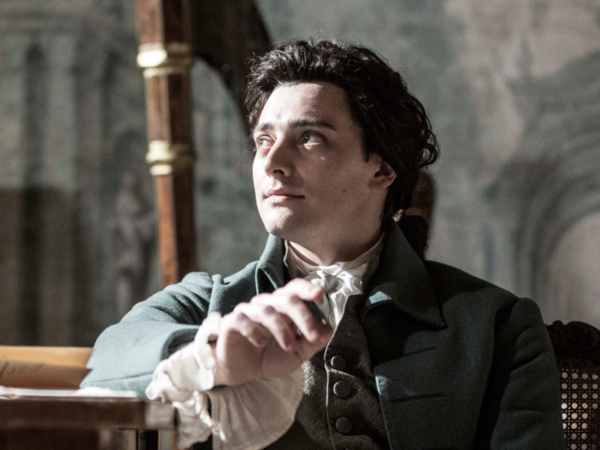 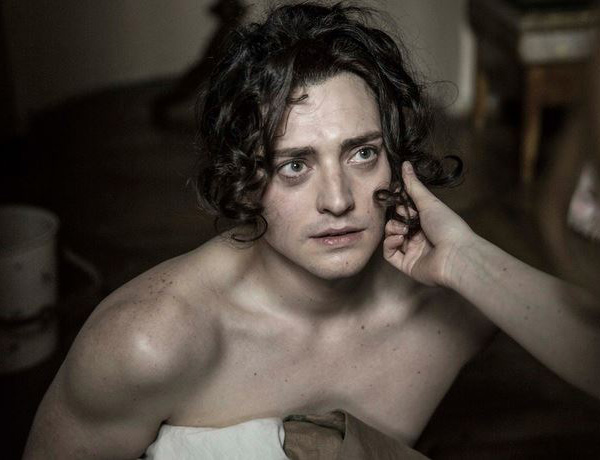 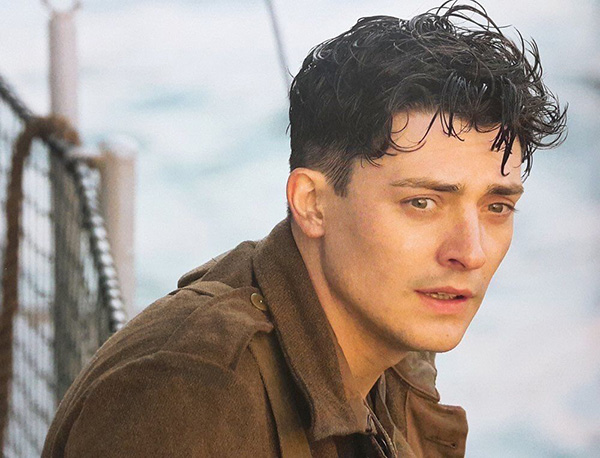 Steerforth in The Personal History of David Copperfield (2019) 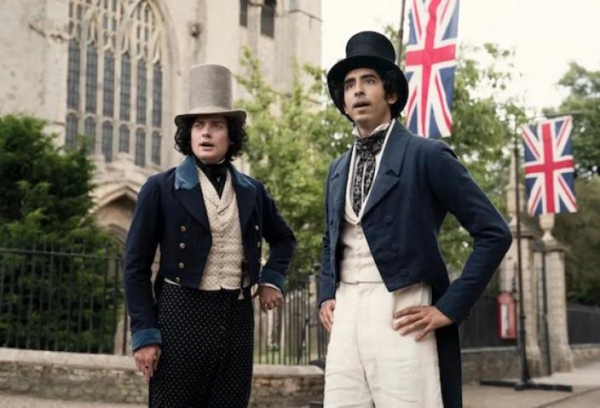 A fabulous rake who takes David under his wing. GREAT hats! 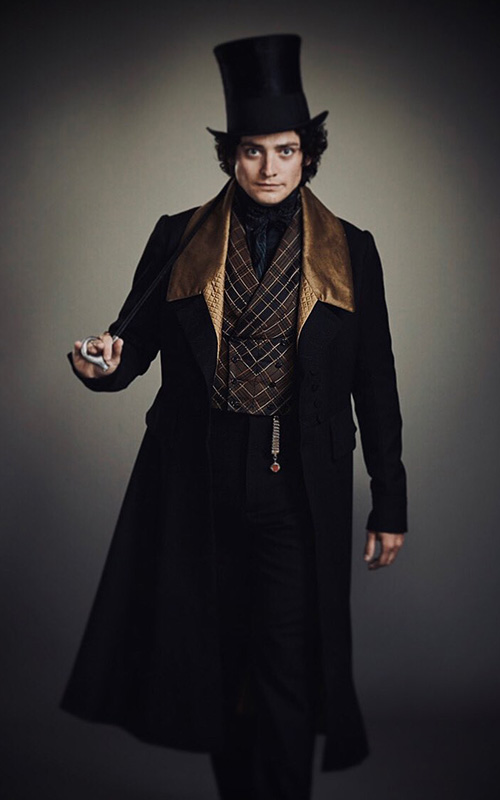 He has a baby Rufus Sewell thing going on here, & I like it. 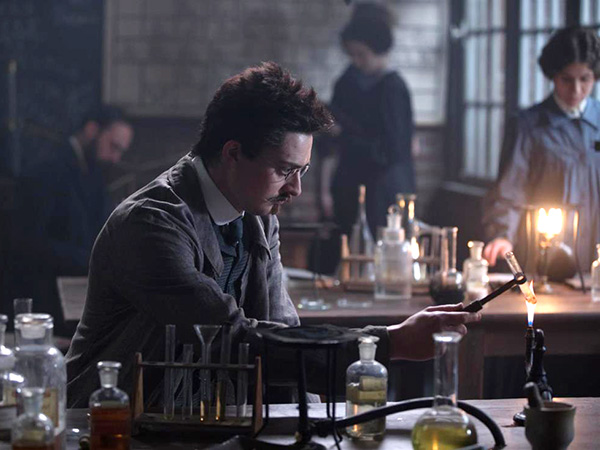 Playing a younger scientist who Marie Curie has an affair with after Pierre Curie dies. Cute & smart! 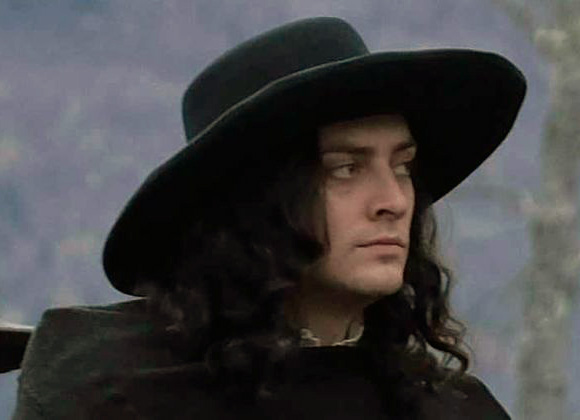 Everything about this series sounds DIRE, but I still love his look. Very Wayne Hussey from The Mission (’80s goths know what I’m talking about).

Per IMDB: “Multinational immigrants traveling from the old continent to the new encounter a nightmarish riddle aboard a second ship adrift on the open sea.” Not stated what role Aneurin Barnard plays in this Netflix TV series.

What’s your favorite frock flick role featuring Aneurin Barnard? Or are you a meanie like Kendra, who just thinks he looks like Frodo?