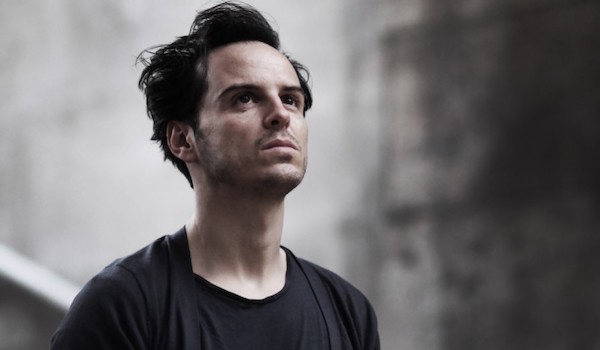 I saw that Irish actor Andrew Scott — aka the hot priest from Fleabag — would be in the upcoming adaptation of Nancy Mitford’s The Pursuit of Love, and wondered what else he’d been in. Color me shocked that he’s actually done a decent amount of frock flicks! He’ll be starring in the upcoming feature film adaptation of the great medieval-set book Catherine, Called Birdy, as well as a 1960s-set follow-up to The Talented Mr. Ripley on Showtime.

A father and son’s relationship in 1950s Ireland, during the Korean War. 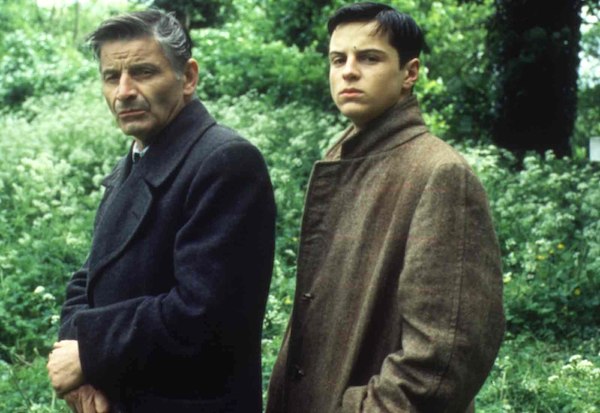 A story about rescued Danish jews during World War II. 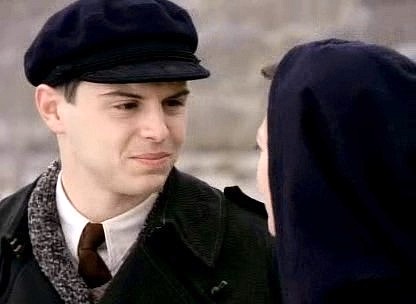 An adaptation of an 1877 Henry James novel about an American on his first European tour. Scott plays “Valentin de Bellegarde.” 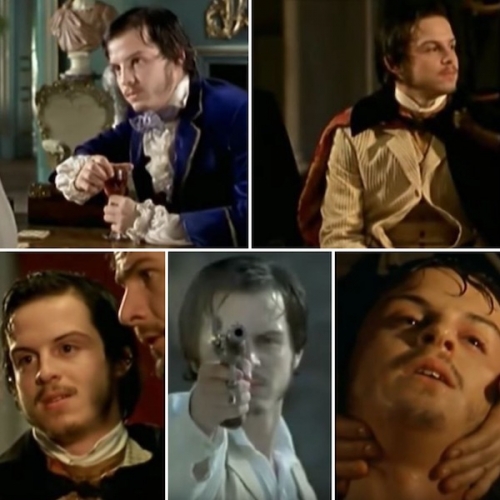 The interwoven story of clockmaker John Harrison, who developed the marine chronometer and win the Longitude prize in the 18th century, along with an early 20th-century naval officer who popularized Harrison’s achievements. Scott is in the 18th-century section, as “John Campbell.” 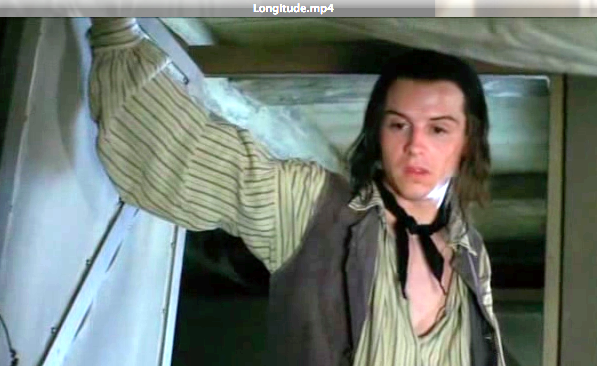 This pic is too small to really see, but I think I like the mustache?

The sprawling miniseries about a U.S. parachute infantry company in World War II, in which literally every actor alive seems to have played a role. Scott plays Private John “Cowboy” Hall. 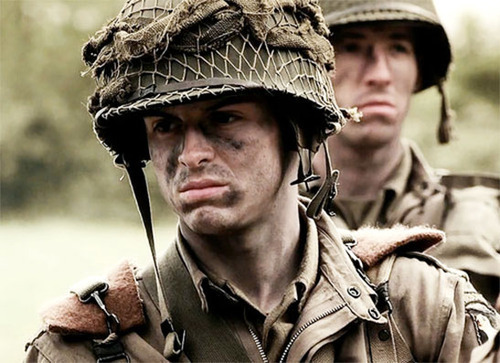 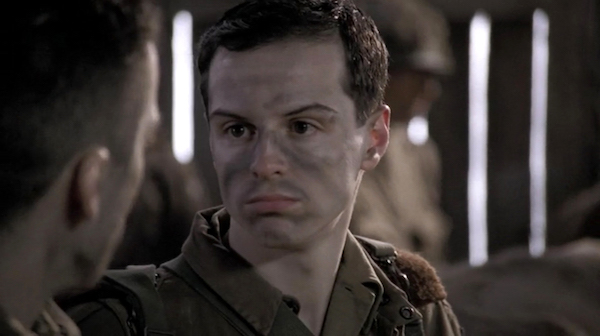 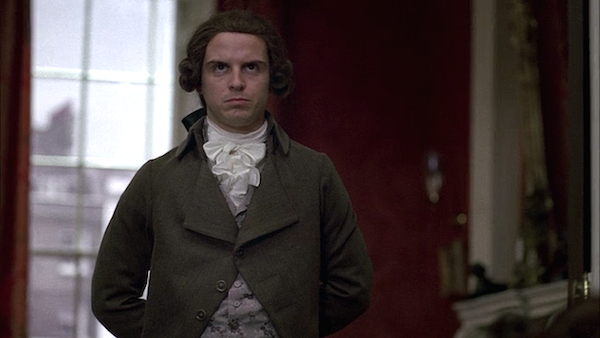 The man can rock an 18th-century wig!

Based on an 1891 novella, a Russian aristocrat (Scott) is trying to get rid of his mistress. 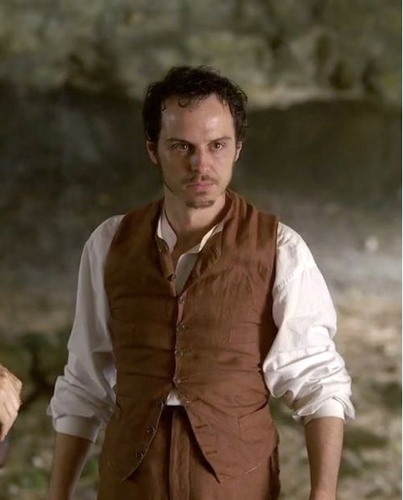 Oh dear, back to greasy. 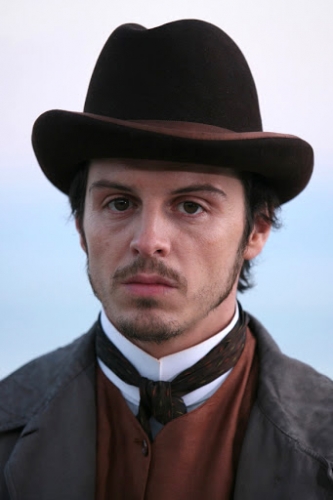 I’m a huge fan of facial hair, but this isn’t great.

In one episode of this World War II-set detective series. 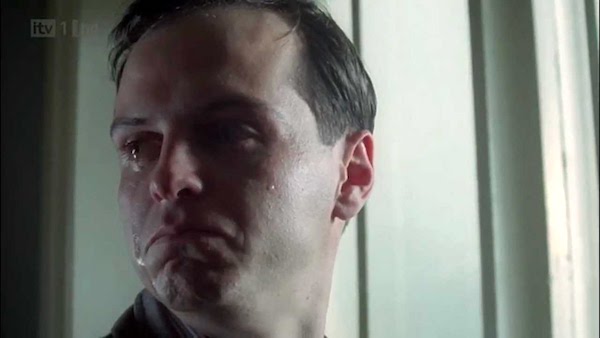 A late 18th-century-set British legal drama that someday I will watch. Scott is in one episode. 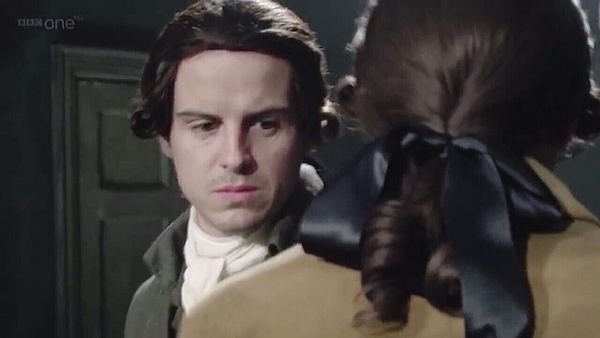 Ooo, back in the wigs! 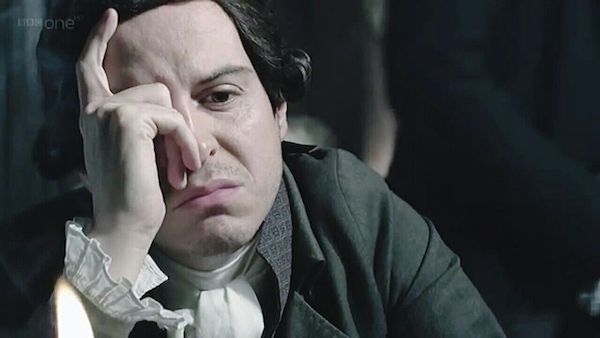 Which offsets the sad.

Perfectly cast as Paul McCartney in this TV biopic about John Lennon. 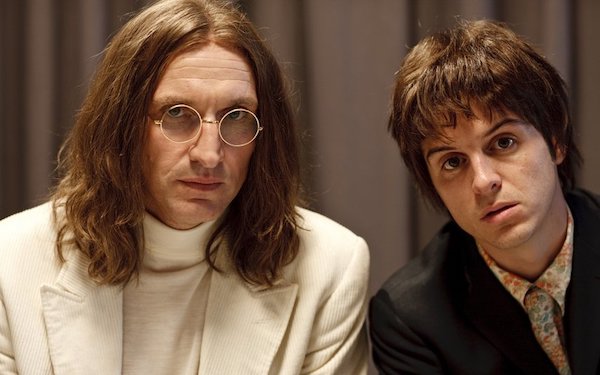 Scott was in two episodes of this 1950s-set TV series about a TV news show.

Alright THIS is everything: white tie, champagne, charming smile!

A 1950s-set story by Daphne du Maurier, about a man who meets his doppelgänger. 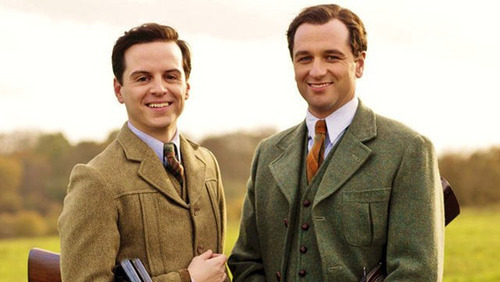 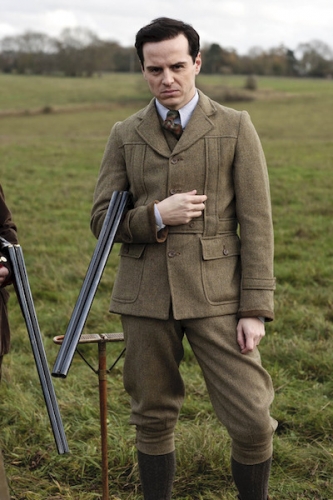 Uh oh, this doesn’t seem like it ends well. 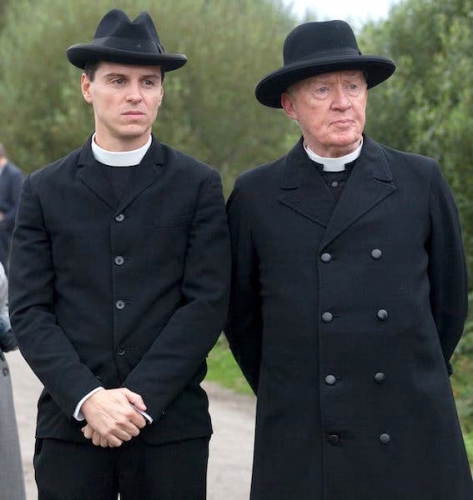 An early take on the hot priest? 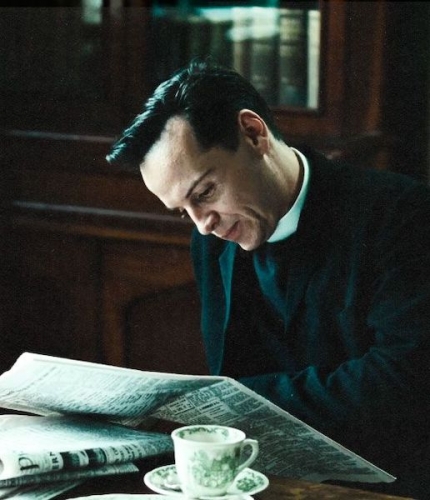 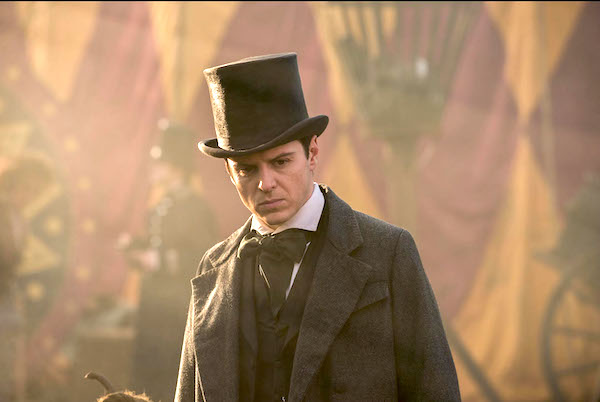 I’m guessing the furrowed brow is because he’s inspecting? 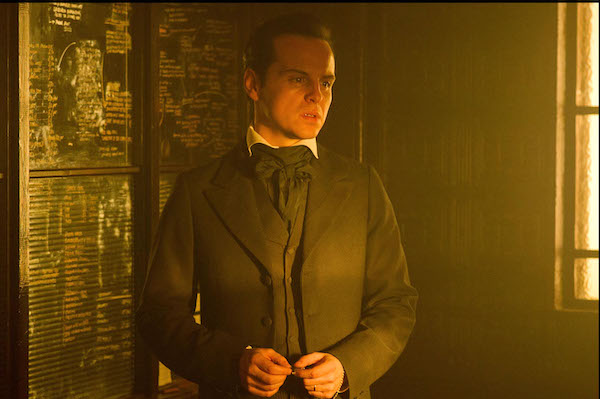 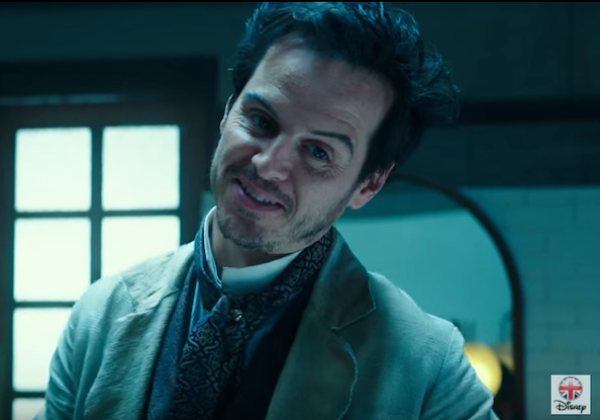 A family adventure story based on a 1930s book. Scott plays a secret agent. 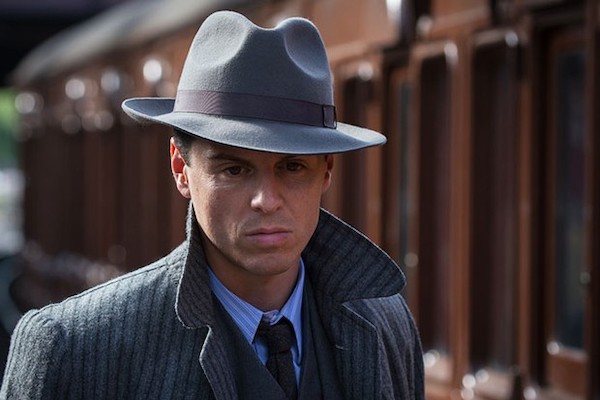 As King Louis XI of France (1423-83) in this TV adaptation of a series of Shakespeare plays, this one Henry VI pt. 2. 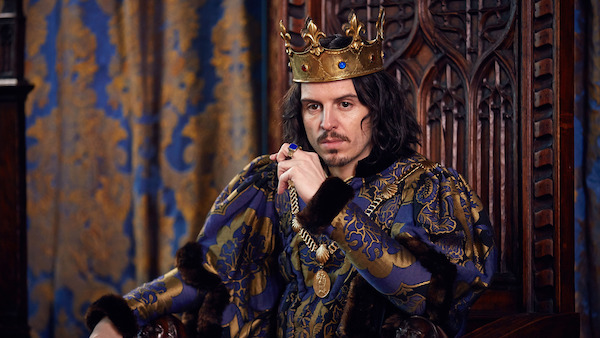 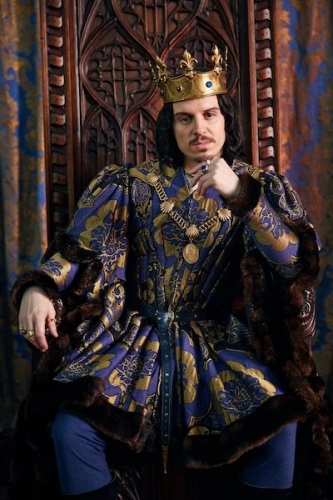 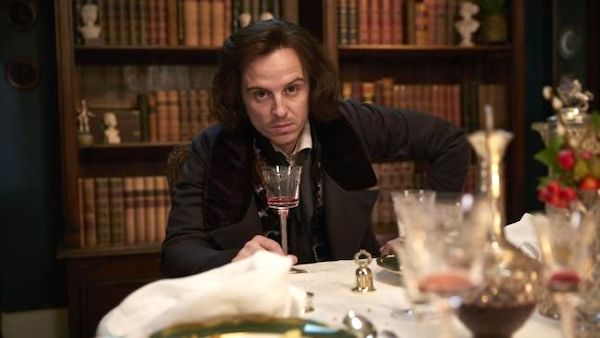 This is not what I picture Dickens looked like at all! 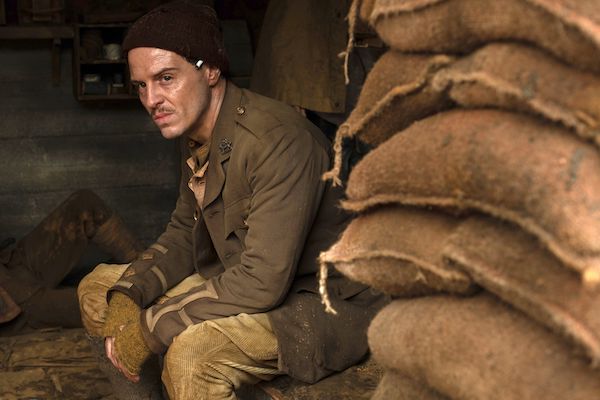 Aaaand we’re back to war is hell!

An adaptation of the 1930s-set novel by Nancy Mitford; Scott will play Lord Merlin. I’m super excited about this! 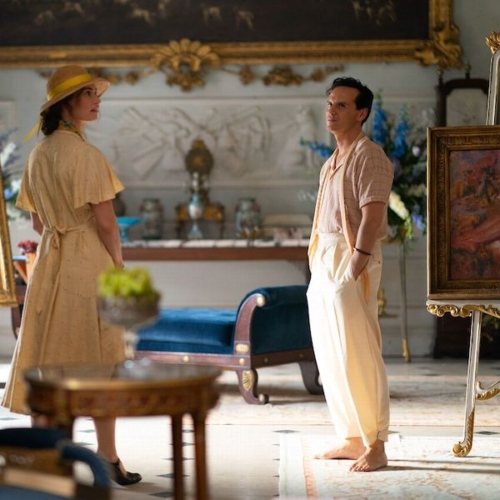 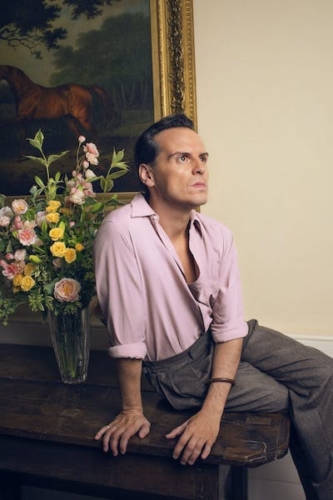