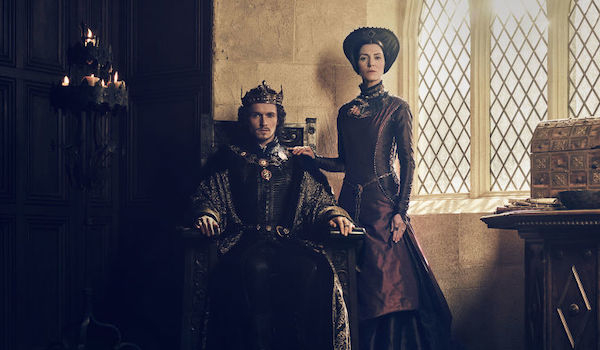 When The White Princess (2017) — the based-on-a-Philippa-Gregory-novel sequel to The White Queen (2013), telling the “story” of Elizabeth of York (wife of Henry VII) — was announced, I shuddered and rubbed my hands gleefully simultaneously. The White Queen wasn’t a total trainwreck, but I certainly hated a lot about it. Then, the teaser trailer for The White Princess came out right during Snark Week, and I thought, “Okay, Starz is throwing DOWN!” I was twitchy enough that I had to make a series of memes, one of which captured my WTF reaction to Margaret Beaufort: 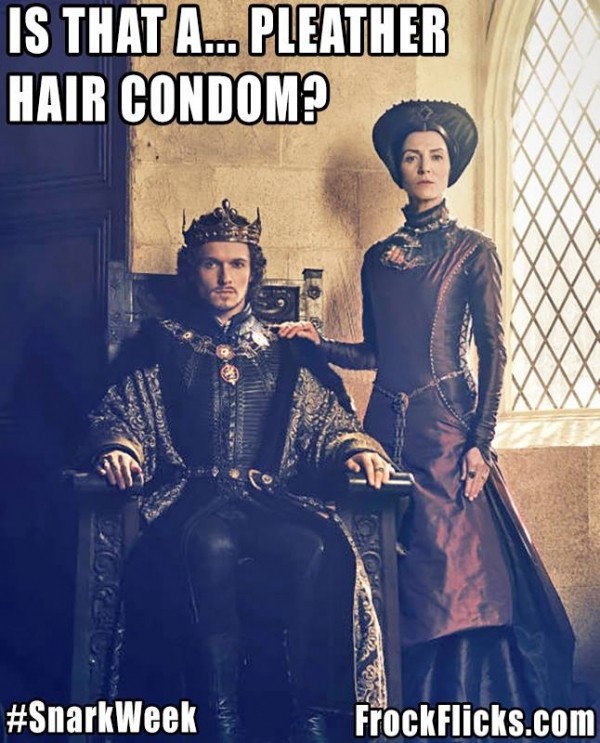 I had problems with the dress, but THE HEADWEAR!!!

Welp, Trystan and I recently decided to drunkenly hate-watch the first episode of The White Princess. Amongst a sea of synthetic taffeta, flocked velvet, and hair extensions, my rage was focused on one character: Margaret Beaufort, mother of Henry VII, played by Michelle Fairley (Game of Thrones).

Michelle Fairley as Margaret Beaufort looks like Maleficent got religion. 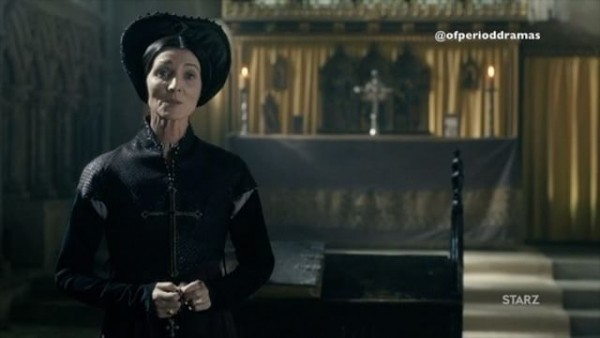 I thought the cross emblazoned onto the front of her partlet was EXTRA SUBTLE. SO WAIT, IS SHE RELIGIOUS? 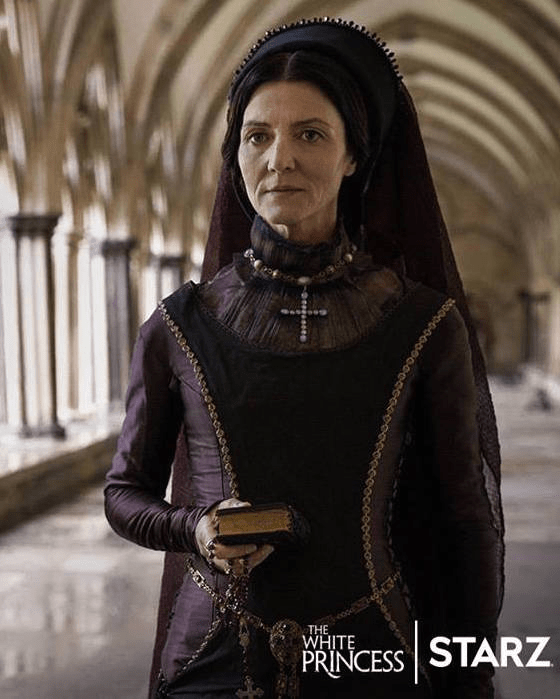 THIS DRESS. Clearly they are going for a sideless surcoat effect, but this is a case of NOT NEARLY ENOUGH FABRIC. And if someone wants to burn test a swatch of that fabric, I’ll believe that it’s silk. Until then, I’m calling $3.99 acetate taffeta from JoAnn’s. 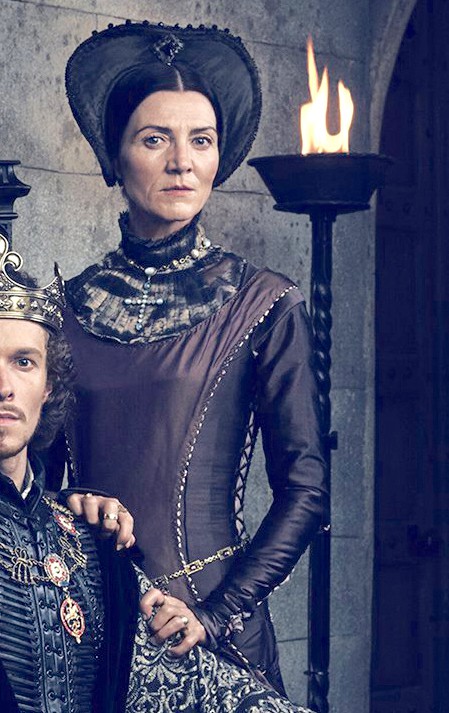 It’s this headdress that killed me. When I saw the promo, I thought it was some kind of rounded big-hair-cozy, which would have been weird enough. But no, Starz decided to double down with a triceratops take on a French hood. 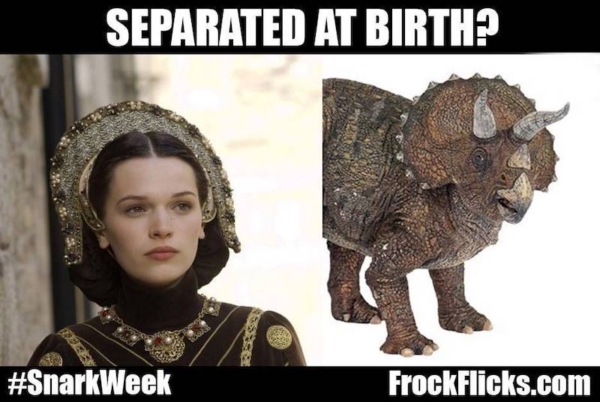 I mocked The Tudors for the same thing, but clearly I should have saved my ire. 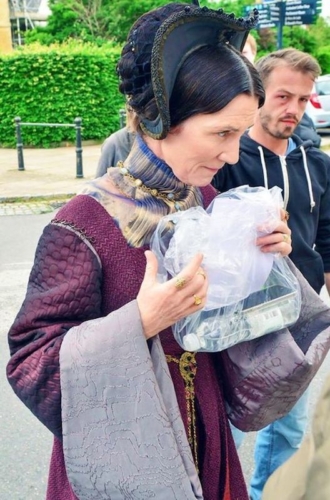 Let’s compare that hood with some 1480s-1500s hoods, just so we can keep at least one toe in the swimming pool of reality. 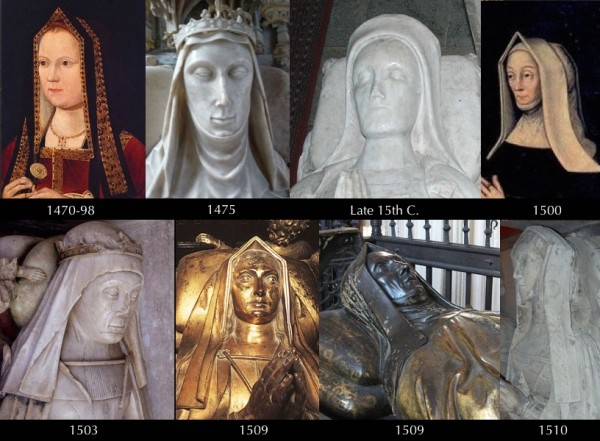 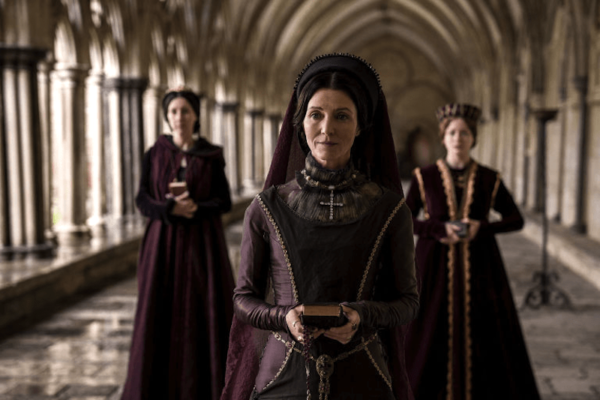 They tried to tone things down with this overly-buckramed Marian-style (i.e., Queen Mary I, so 1550s, i.e., about 50 years too late) hood, which I swear has bugle beads glued to the edge. 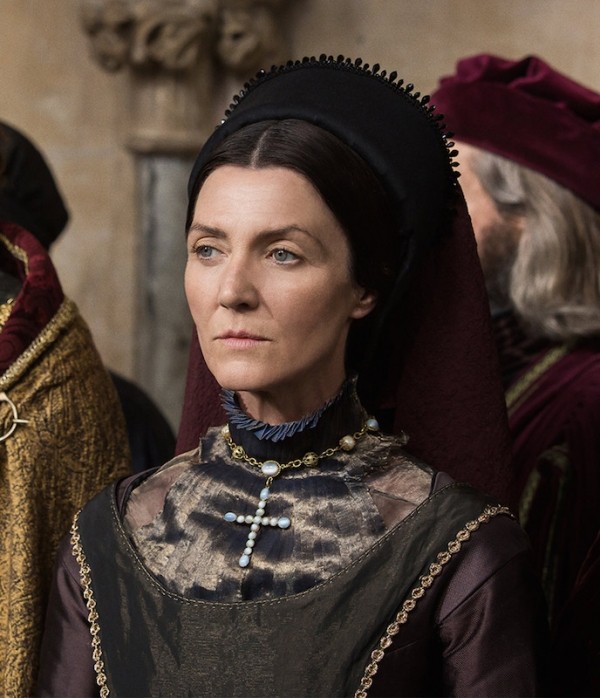 Okay, so not bugle beads, but that’s what it looked like on screen! I am also NOT a fan of that gold trim.

Trystan and I only made it through the one episode, through which there was MUCH drunken ranting, the results of which you’ll get to hear about in future posts. But apparently we have much more WTFery to look forward to: 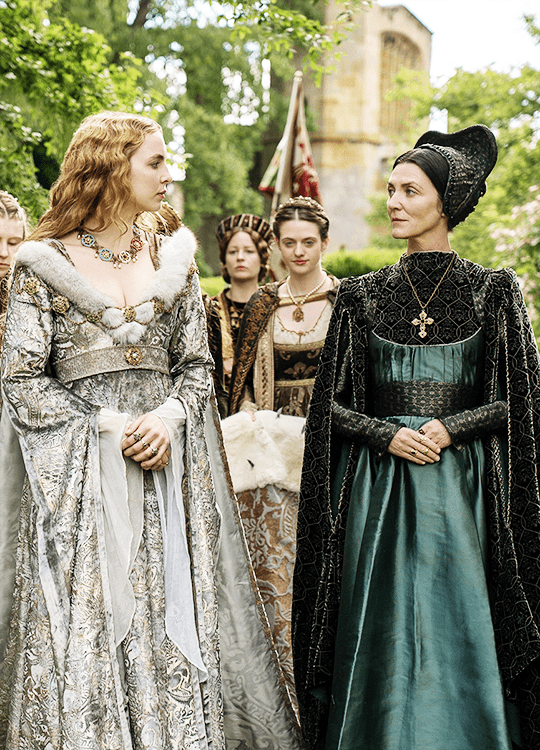 Okay, so at least they sprung for some more fabric, even if it looks like something that should upholster a couch at the Vatican. 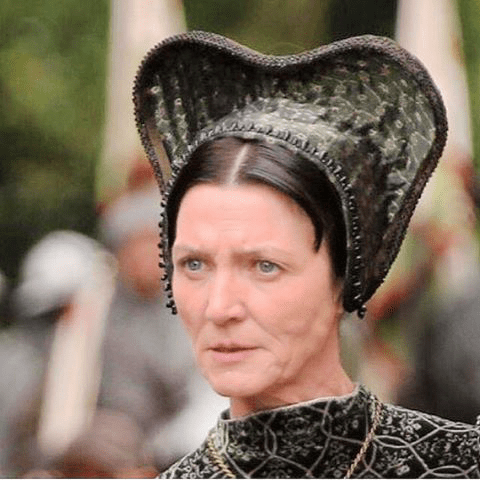 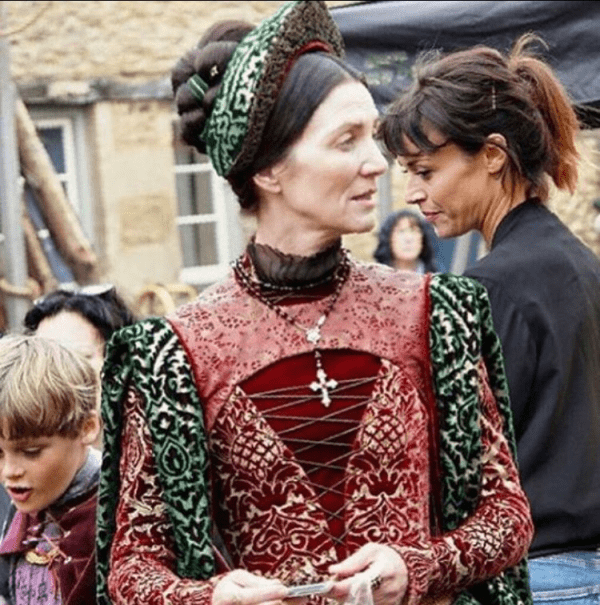 This is my Christmas nightmare. 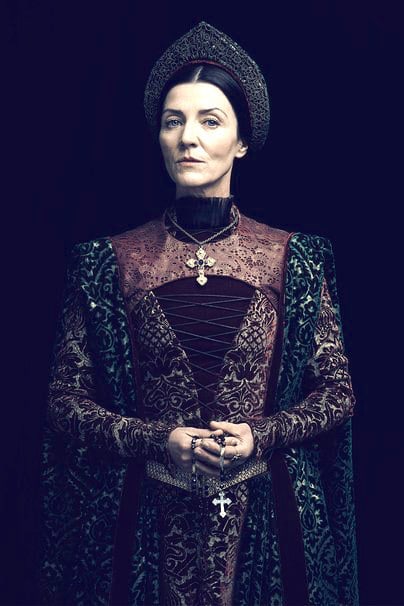 Can you explain any of the above?!?!