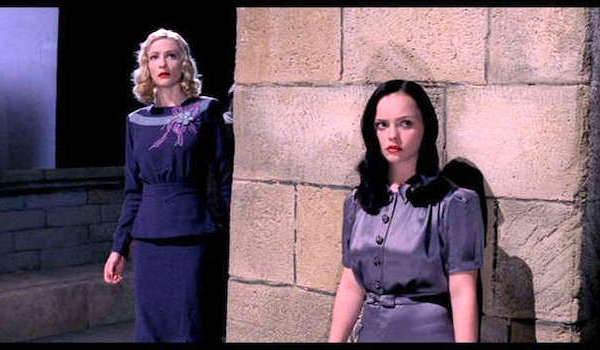 I can see how this film wouldn’t be everyone’s cup of tea — directed by Sally Potter (Orlando), it doesn’t follow conventional plot structures, and the ending was rushed and anti-climatic. Nonetheless, I really enjoyed it, mostly for the characterizations, the beautiful cinematography, and Johnny “Shagadelic” Depp. Christina Ricci plays a Russian Jew who in the 1920s is separated from her family and raised in England. Most of the film takes place in 1930s Paris, where she works as a dancer, befriends another Russian dancer (fabulously played by Cate Blanchett), and becomes involved with a hunky Gypsy — all as World War II looms. Blanchett wears some great gowns and has REALLY good hair.