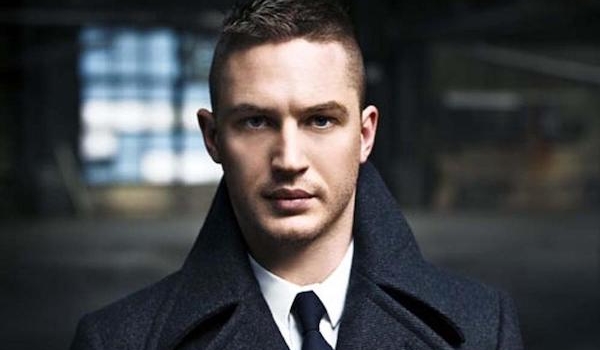 Snark Week is over. Sob. To help us all transition back to the daily grind, here’s a little Man Candy Monday featuring one of the hottest human beings in existence, Tom Hardy. You’re welcome.

Now, Tom Hardy is a man’s man. We’re probably never going to see him in anything froofy ever again. And he’s ruining my fantasies by sporting an unfortunate beard these days. But, at least we can always remember him when he was young and desperate and PRETTY. And take heart from the fact that he’s still willing to do historical movies, so long as he gets to exude testosterone.

Haven’t seen it, still happy to gaze on a young and unsullied Thomas: 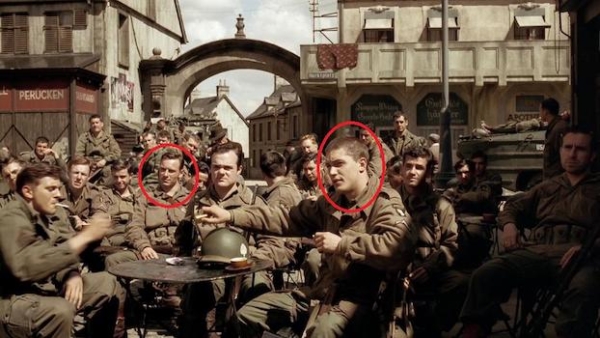 That should be a red heart around Tom. 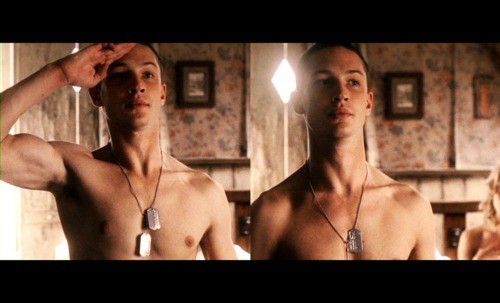 A TV movie that lets us see Monsieur Hardy in uniform. Thank you! 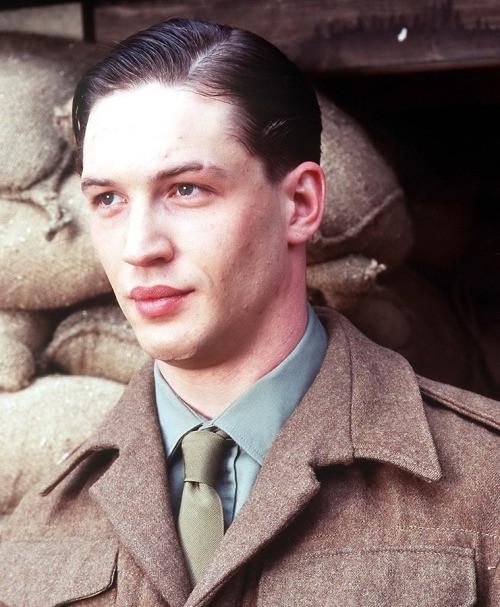 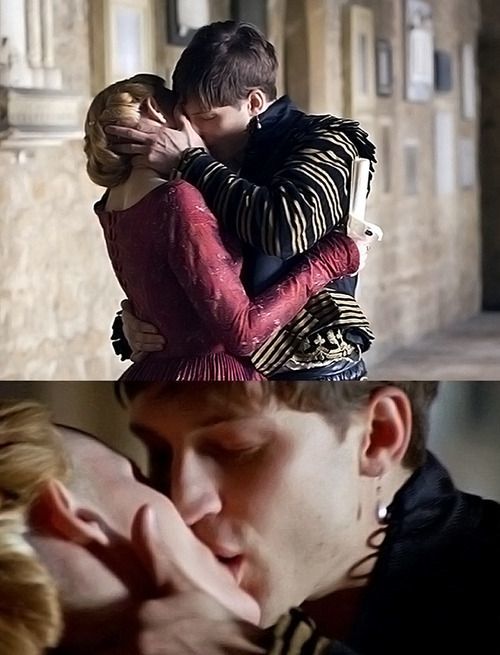 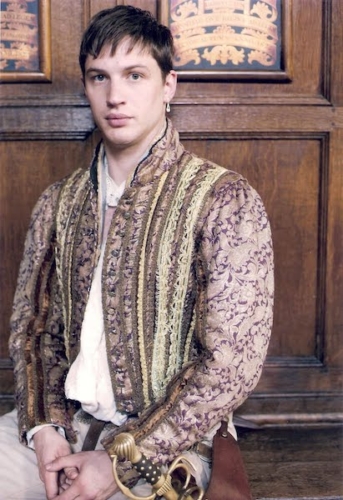 May I divest milord of his doublet, prithee? 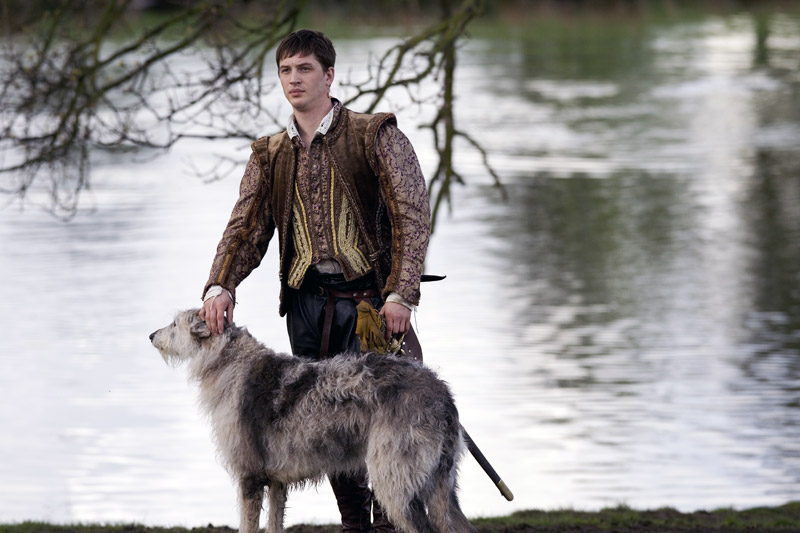 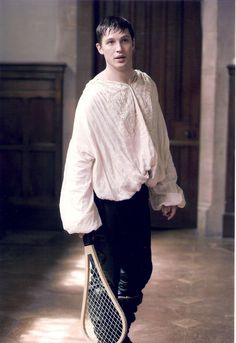 Gettin’ all sweaty, working out his frustrations.

Apparently he was in some TV version of the musical as “Andrew.” I may have to track this down. 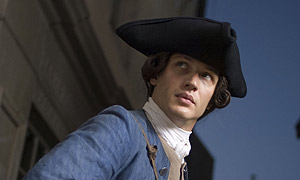 The wig! The tricorn!

Sounds like it’s terrible, but Tom Hardy is “way better than he needs to be, perhaps under the impression that he’s in a real movie.” – Emily Armstrong, Rotten Tomatoes 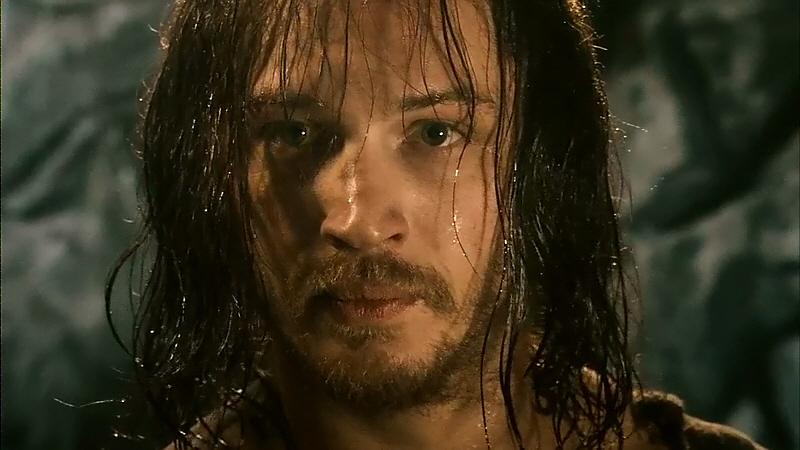 Would sir care for a towel?

My personal favorite. He has about three lines, and is in about two scenes, but HE’S SO DAMN HOT IN THAT WIG AND THAT 18TH-CENTURY SUIT. 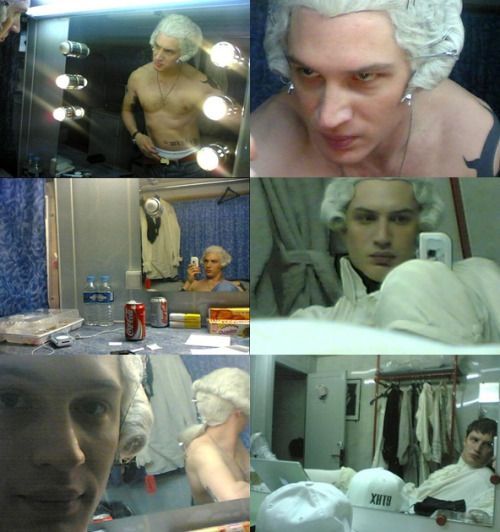 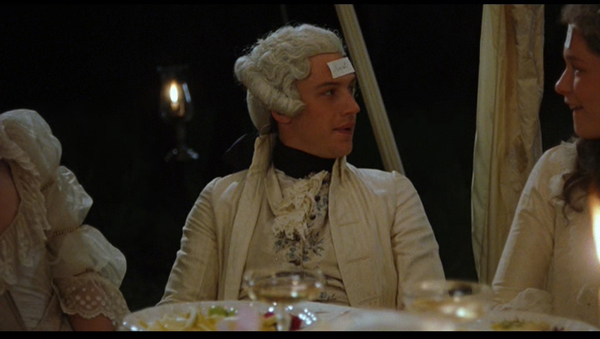 Do I get to play? 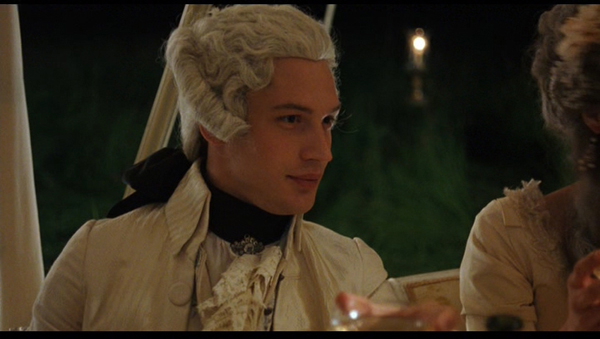 Genius casting, if you ask me. 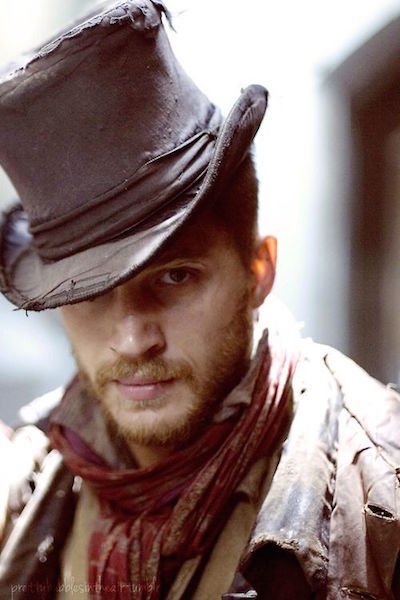 GLOWER AT ME SOME MORE. 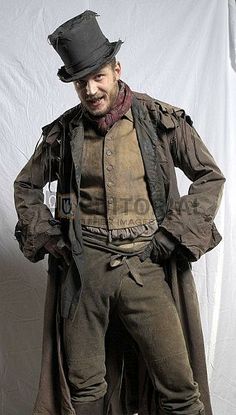 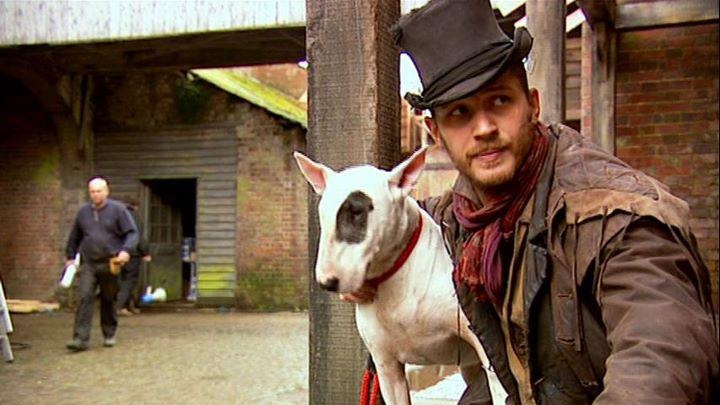 How they talked him into this, I have no idea. 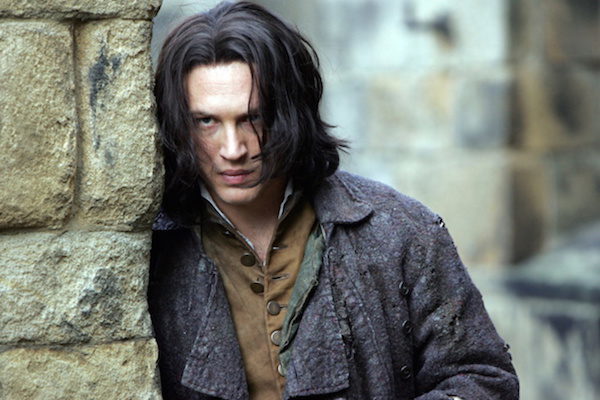 No rain, nor sleet, nor snow? 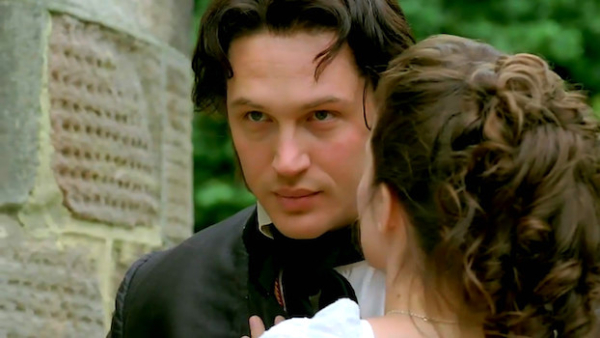 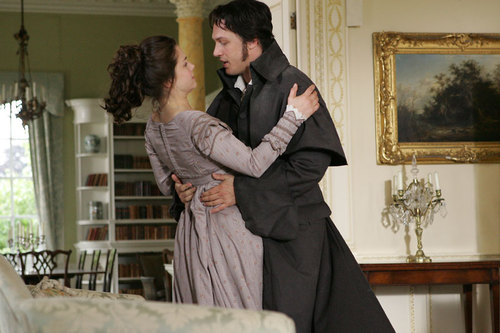 Shockingly, we actually have things to look forward to:

“Set in Stalin-era Soviet Union, a disgraced MGB agent is dispatched to investigate a series of child murders — a case that begins to connect with the very top of party leadership.” Soviet uniforms! 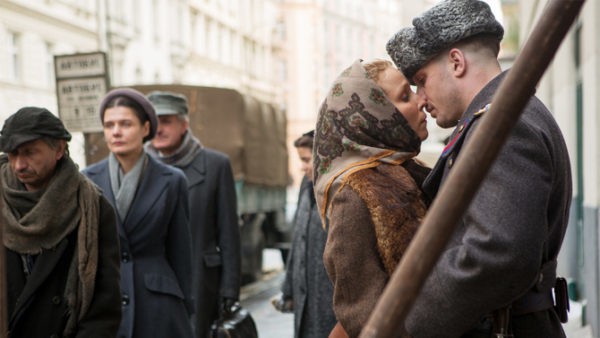 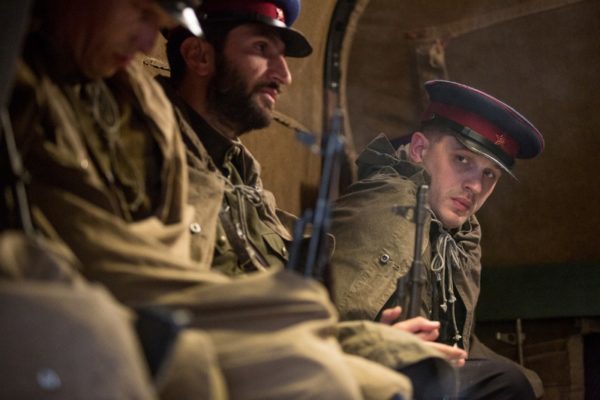 “Identical twin gangsters Ronald and Reginald Kray terrorize London during the 1950s and 1960s.” Ooo, I’m picturing some good accents in this! 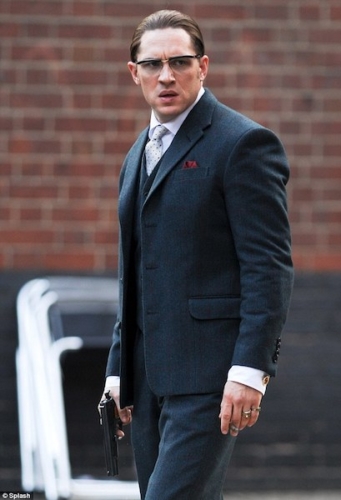 “The frontiersman, Hugh Glass, who in the 1820s set out on a path of vengeance against those who left him for dead after a bear mauling.” With Leonardo DiCaprio. No pics yet. I’m picturing a lot of beards.

Adventurer James Keziah Delaney builds his own shipping empire in the early 1800s. He can build my shipping emp….! Okay, okay, I’ll go have a lie down now.