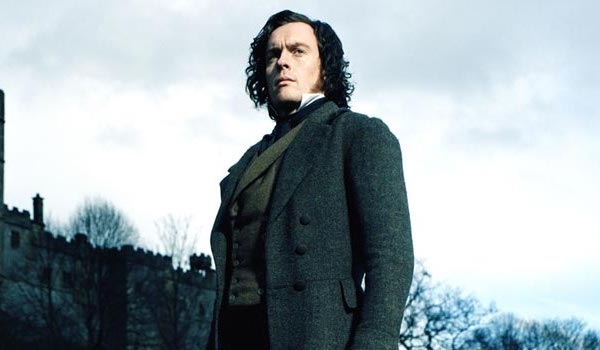 I’ve had the hots for Toby Stephens since accidentally discovering the amazing film Photographing Fairies in the mid-90s. This man can smolder like no other. I can only chalk it up to the fact that he’s the product of the union between Dame Maggie Smith and Sir Robert Stephens, which is certainly great acting pedigree. Also, great genes, because DAMN. I don’t usually go for the fair haired guys, but for Toby, I’ll make an exception.

So, let’s revisit some of Toby’s greatest costume flick roles: Bonus Rupert Graves! And some chick

The Tenant of Wildfell Hall If music be the food of love, play on… Preferably sans clothing.

Twelfth Night: Or What You Will The pain, the angst, that thousand yard stare… *bites knuckles* The chest fuzz! I want to touch it! The freckles! I can’t handle it!

The Mangal Pandey: The Rising I don’t know if it’s possible to get more Byronic. I am such a sucker for a man in an 18th century naval uniform. And he’s not afraid to get down and dirty, too!

Do you have a favorite Toby Stephens film that we didn’t include here? Let us know in the comments!