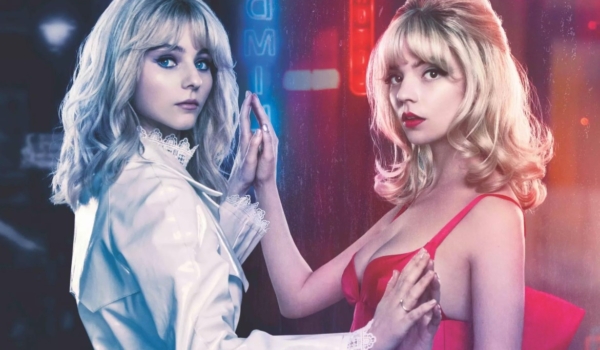 I recently watched Last Night in Soho (2021). The film, directed by Edgar Wright and with costume designs by Odile Dicks-Mireaux, follows modern-day fashion design student Eloise (Thomasin McKenzie) who moves to the big city to go to school and promptly has some major life changes thrown at her. The stress of adjustment to the new school, new city, and competitive students sends Eloise into a dreamworld where she is transported back to the swinging 1960s in Soho, where she takes on the visage of a mysterious blonde woman, Sandie, (played by Anya Taylor-Joy) who was possibly murdered by her pimp/boyfriend (Matt Smith). Eloise is determined to find out who killed Sandie but things are not what they seem and Eloise is taken to the brink as she tries to unravel the mystery from half a century away. 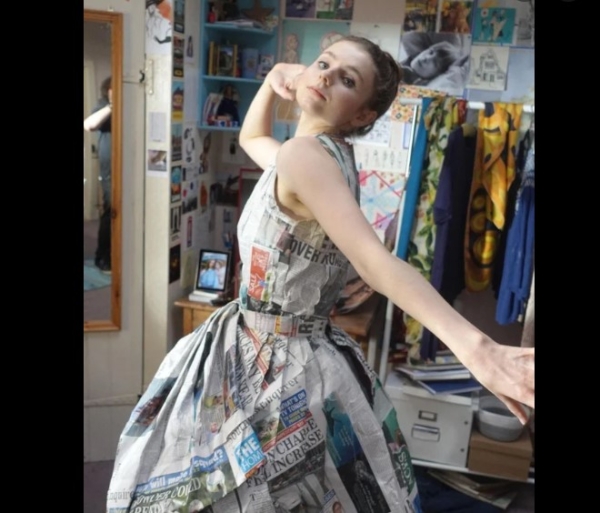 The film opens with Eloise strutting around her bedroom wearing a fabulous ballgown made of newspaper that is highly evocative of the 1950s designs of Charles James and Christian Dior. I wish there were more photos of this outfit! 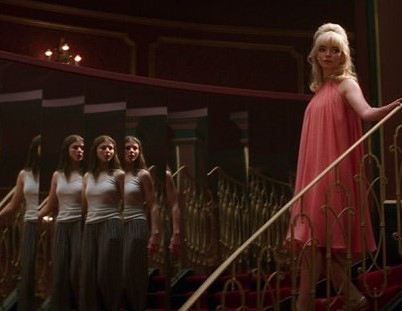 In her first encounter with Sandie, Eloise wears sweatpants and a tank top, while Sandie wears what becomes the iconic peach tent dress you see in all the promo photos for the film.

“[The peach tent dress] was quite a nightmare to make though, because you could make it too thin or too big. We worked very hard to get it right. It wasn’t too thin where it became too modern and cheap looking, and had just enough fabric where it looked classy but didn’t make her look too large in any way, if you see what I mean.” — Odile Dicks-Mireaux, “5 Facts You Probably Didn’t Know About ‘Last Night in Soho’ ‘s Gorgeous Costumes“, InStyle. 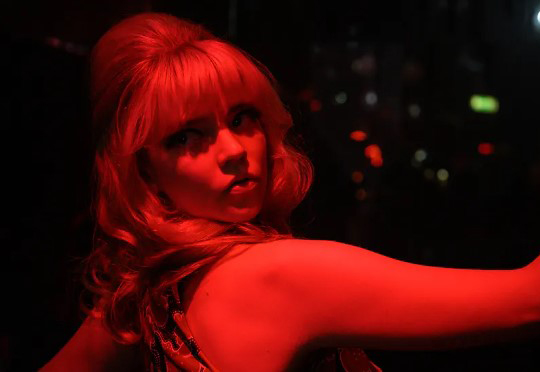 Sandie’s blonde bouffant was inspired by Brigitte Bardot’s hairstyle of the mid-to-late-1960s. 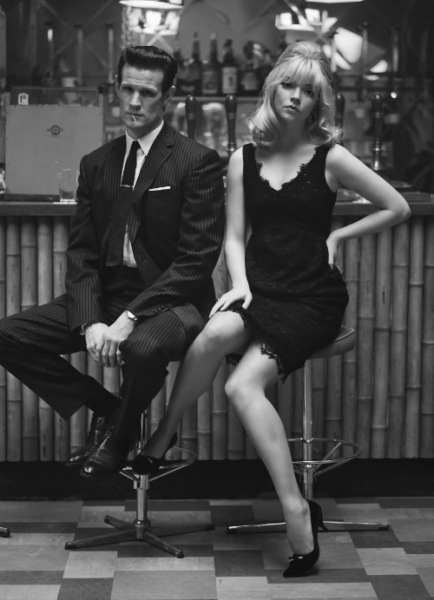 Matt Smith plays Sandie’s love interest/possible murderer. But nothing is what it seems in this film. 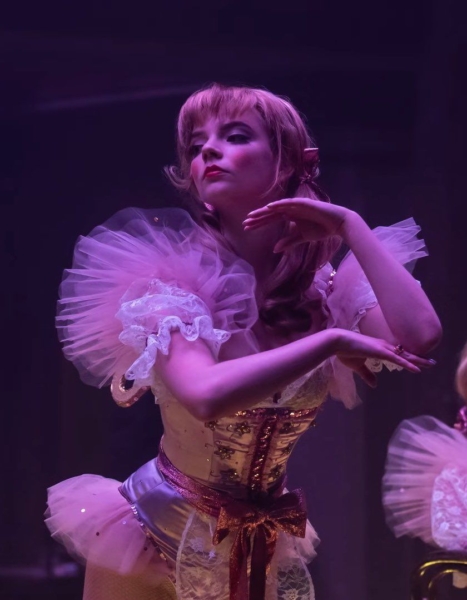 One of my favorite costumes in the film is the marionette costume that Sandie wears in one of the stage acts she is cast in. 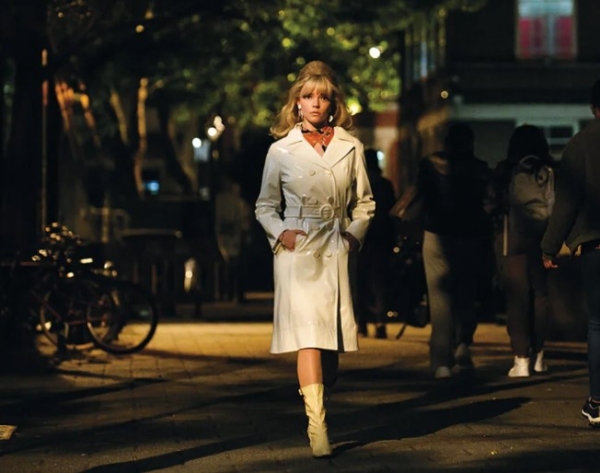 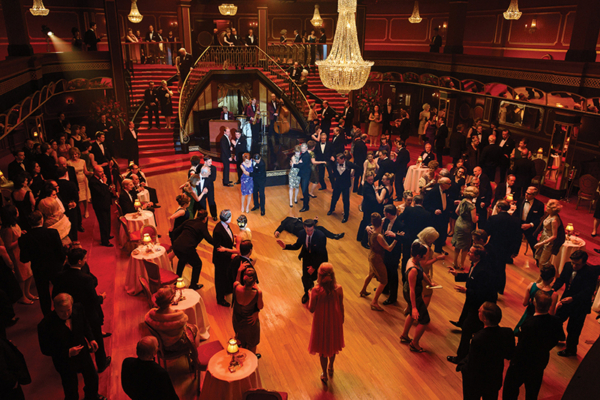 Even the extras look great!

I found this really good video with an interview with Odile Dicks-Mireaux and Anya Taylor-Joy about the costumes in the film. Definitely check it out!

Have you seen Last Night in Soho (2022)? Share your thoughts in the comments!