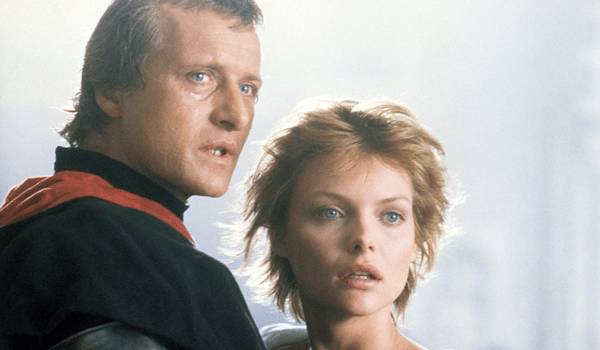 It’s a Throwback Thursday on Monday, and you know why? Because of the full solar eclipse that can be seen, starting today, in Oregon at 9:05 am PT, reaching totality at 10:17 am PT. Apparently, the last bit of the moon’s shadow will fade out near Charleston, SC, at 4:10 pm ET. And that should make this guy happy: 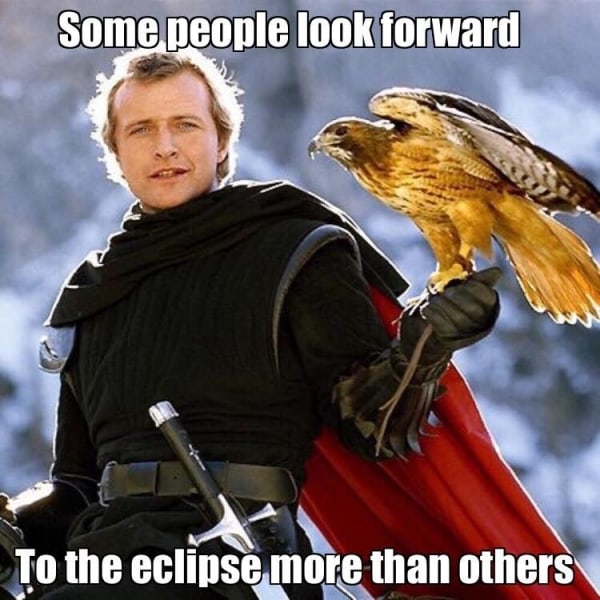 If he existed and if this were happening in medieval France, because during the 2017 eclipse, only about 2-7% of the sun will be covered by the moon as seen in France. So he’s not going to break the wolf-hawk curse right now. Hey, but let’s take it as a reminder about this silly romantic ’80s movie anyway!

Teenage me was the ideal target market for Ladyhawke (1985) — medieval setting! tragic romance! magical curse! animals! — although even then, I didn’t get Rutger Hauer as a love interest. Oh, I totally understood Michelle Pfeiffer, she is / was / probably will always be hot, but Hauer just looks and acts like a big block of wood. Especially when there’s Matthew Broderick boppin’ all around with his snappy patter. The three are a really weird combo on screen. 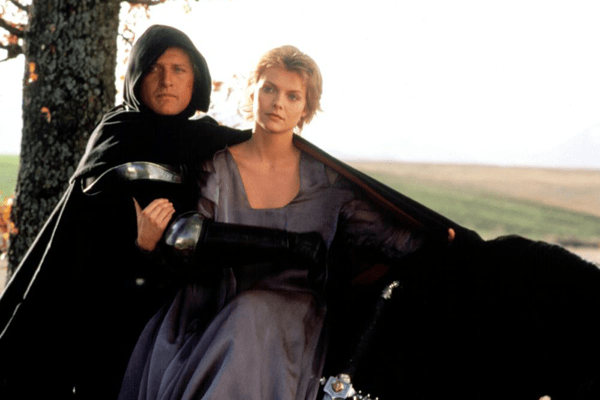 And let’s face it, the supposed 13th-century France setting is so poorly recreated as to be nonexistent. It would have made more sense to name the characters something random like Captain Edgar of Darksword instead of Captain Etienne of Navarre and Isabella of the Crystal Palace instead Isabeau of Anjou, then say they’re in the magical land of Lillonyya. The exteriors were filmed in Northern Italy, the soundtrack is all 1980s synth rock, and those costumes, oh those costumes! You don’t have to be an expert in medieval fashions to see that these outfits bear no relation to historical garb. I could make SCA jokes, but this stuff is too weaksauce. 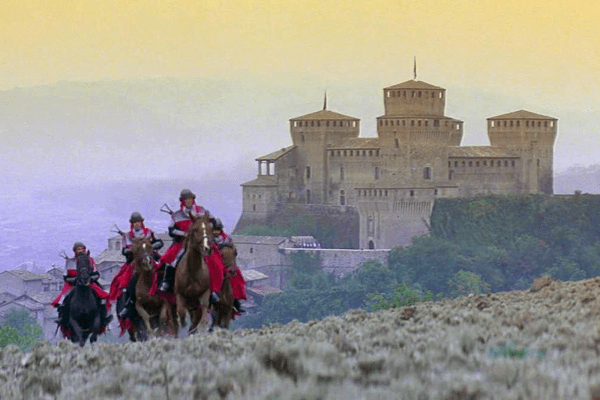 Castello di Torrechiara in Parma, Italy. Behind some dudes looking for Navarre. 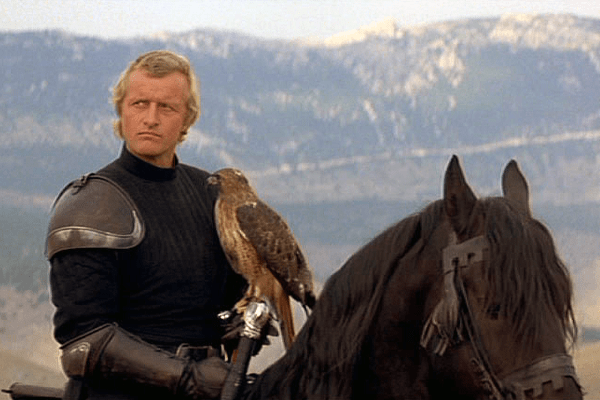 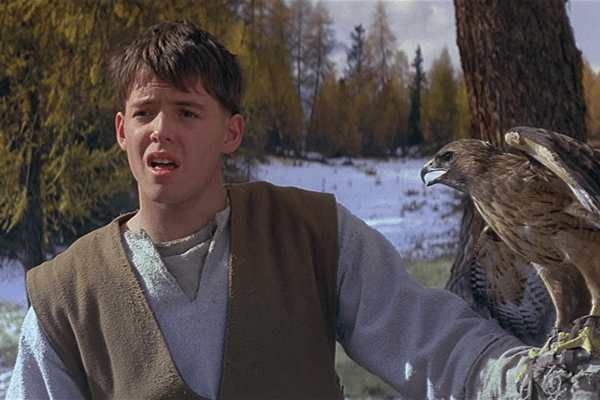 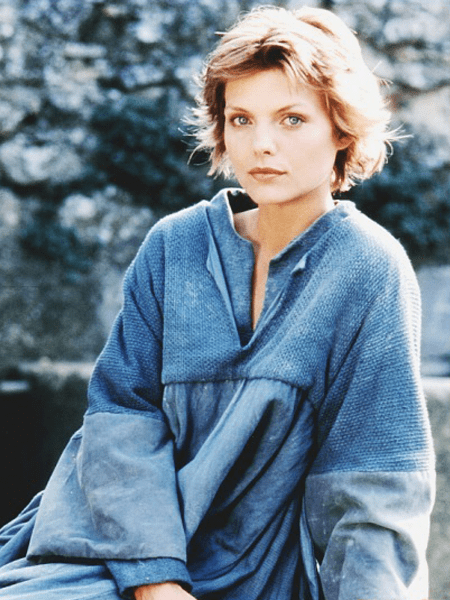 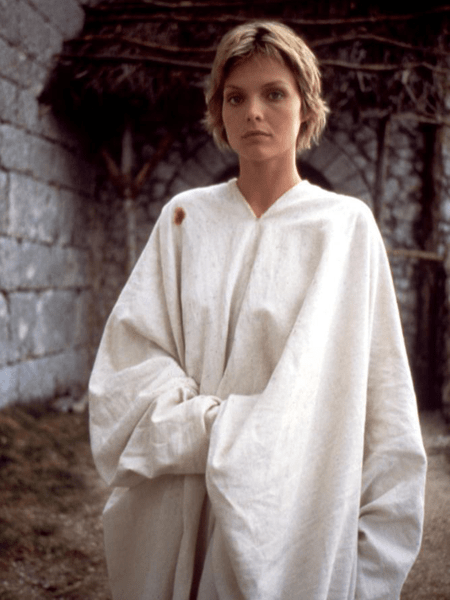 Only Michelle Pfeiffer could run around in a movie wearing a big sack and make it look kinda good. Weird, but not bad. 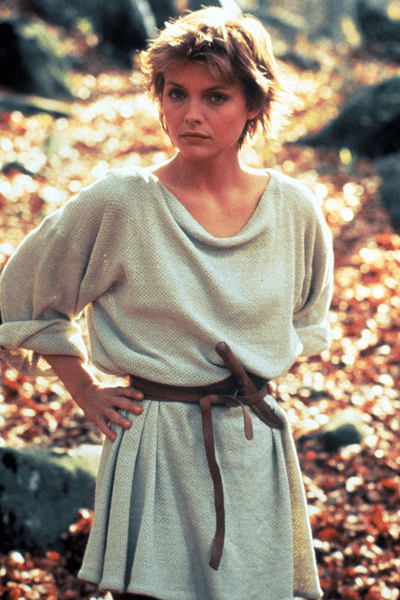 Of course, she looks even better in faux-medieval boy clothes. I’ll be in my bunk. 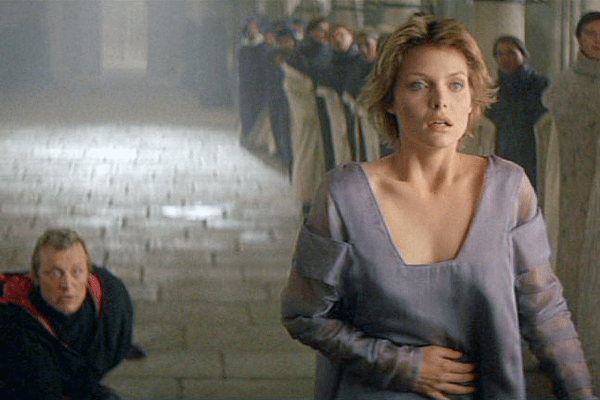 And then there’s this lame-ass purple thing, that looks like a reject from your high-school drama department. 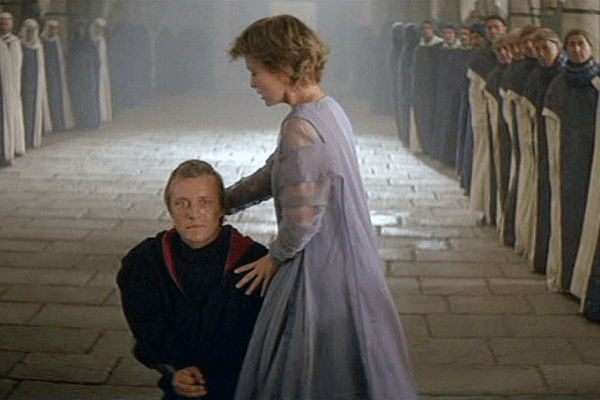 Those sleeves are an abomination. Turn her back into a hawk! 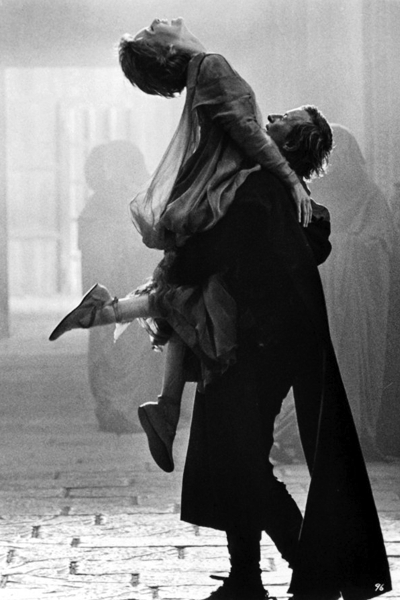 Is that a chiffon cape attached to the back? Also, I have it on good authority that ballet flats tied up the ankle aren’t accurate 13th-c. shoes 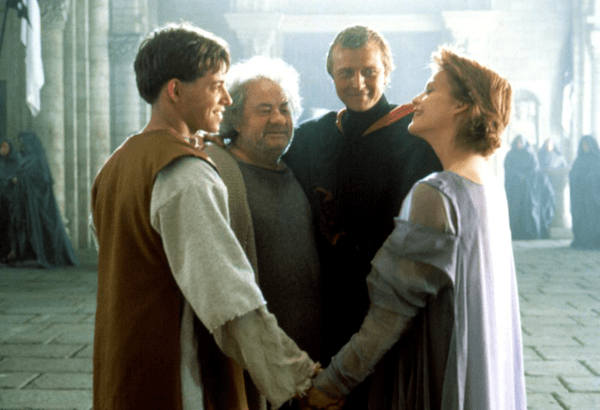 But medieval whatever, we all end happily ever after!

Still, I’m sure y’all love the shit out of this movie. Part of me does too — my favorite character is Broderick’s Mouse, though, because upon viewings as an adult, his constant jokes and asides hold up better than the romance.

Does the romance of Ladyhawke still suck you in? Are you watching the eclipse today?