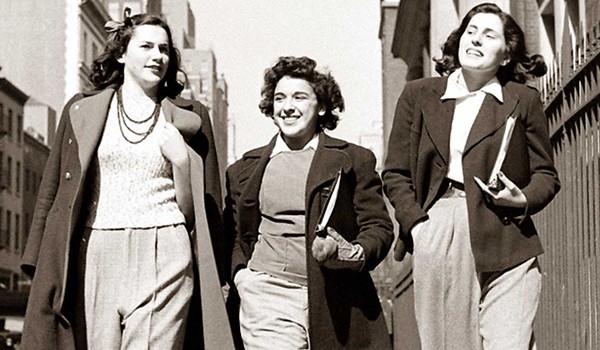 Not sure if you realize, but Editor-in-Chief of Frock Flicks is not my full-time job, as much as I wish it could be. Nope, your donations and Patreon subscriptions are fabulous, but they go 100% to paying our site expenses and don’t give us any kind of salary or kick-backs (we even have to buy our own T-shirts!).

In order to keep a roof over my and my husband’s and my cats’ heads, I spend 40+ hours a week slaving away in Silicon Valley at a giant tech company. It could be worse, I could be digging ditches or flipping burgers for a living, but still, when I’m watching costume dramas, I dream of all the other fabulous things I wish were my workday occupation. Obviously, I would love a life of leisure. Who wouldn’t?!? But if I had to earn a living in some capacity, these would be my first choices…

Or England or France or whatever they’ll give me. Elizabeth I had it pretty good, except for that whole “virgin” bit (if you believe it — helloooooo Dudley, come to mama!). Victoria had a decent run, although I’m not a fan of all those kids or dogs (I’m a cat person). How about Marie-Antoinette instead? Because I’m definitely a party girl, even if it turns out bad in the end. For pure power, you can’t beat Catherine the Great, who ruled completely and had plenty of hot lovers. Where do I send my resume? Note: I’ll settle for Princess of Somethings, Duchess of Stuff, or Countess of Bits and Pieces. It’s all about the tiaras.

I come from poor Southern farmers and Chinese immigrants, and there’s no money to be handed down, so please to be sending any job openings for heiress my way since it won’t happen directly. With some arrangements, I could be any of the American heiresses who married landed British aristocracy, such as the fictional Cora Grantham on Downton Abbey and all the gals in The Buccaneers. They were based on real-life stories like that of Consuela Vanderbilt and her Gilded Age set. But there better be a hefty settlement if there’s a marriage to an egotistical loser involved (or a sudden death, can that be managed too?). Even better, how about one of those “surprise! you’re an heiress!” positions, like Jane Eyre. Surely there’s a mysterious relative in my past willing to pass down the bucks.

OK, this does go totally against my feminist principles, but the fringe benefits are could be appealing. A decent courtesan or mistress should have a decent wardrobe — something by Adrien, like Garbo sported in Camille, or something more subtle, like Cecil Beaton’s designs for Gigi? If you’re lucky, you’ll hook up with a hottie like Jeremy Irons in Swann in Love, and later retire with a fabulous Art Nouveau setup as in Cheri. Yeah, no, it’d probably end up psycho like The Last Mistress, not to mention all the syphilis. Cross that one off the list.

I mean, I feel like I already am but without the recognition. Maybe that only comes after you’re dead? Hmm… I’m not saying I want the physical torture like Frida Kahlo or the family drama like Elizabeth Barrett Browning or the whole dying young from tuberculosis like my beloved Brontë Sisters. And when you think about, they only got fame but no money … well, maybe that’s enough? I dunno, it’s a tough call!

Now this is a job I would never in a million years take in real life. I’ve sewed historical costumes for other people because I really like them or when I was really hurting for cash, but it’s always a herculean effort (admittedly, I’ve been doing it on top of my office job, which adds to the stress). The fittings, sourcing materials, the client miscommunications, the deadlines, UGH, it’s a hell of a lot of hassle. However, in the movies or TV, a seamstress has a much easier job! Sira in A Time Between takes about 10 minutes from concept to final garment — maybe it takes her a day in elapsed time, and she never breaks a sweat or so much as furrows her brow. She sews while wearing beautiful clothes and in a gorgeous atelier that’s so tidy and bright. She even whips up a faux-Fortuny gown in an afternoon! Likewise, in The Dressmaker (2016), Kate Winslet’s character glams up a desolate Outback town with ease, and even the rogue court fashion designer in The Royal Tailor (2014) sews elaborate 18th-century Korean gowns at the drop of a crazy-looking hat. If it were that easy, sure, I’d sew for money and glory!

I don’t know how they do it, those fictional characters. They somehow manage to make ends meet and keep a roof over their head, either in fabulous castles or in elegantly genteel poverty (Longbourn in Pride and Prejudice still looks a lot fancier than my itty-bitty modern bungalow). But I guess their job options aren’t exactly open to me, so back to the office grind I go.

How does your work compare with jobs in costume dramas?