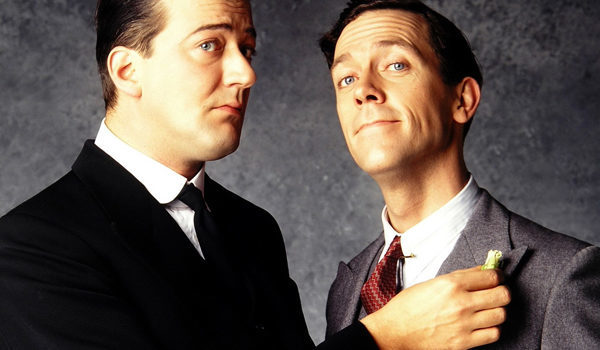 The British series Jeeves and Wooster aired on PBS’ Masterpiece Theater ages ago and currently it can be found streaming on Acorn and Hulu, maybe other places too. If you haven’t seen it yet, this is 10000000% worth paying for. I mean, if you want to laugh your asses off for a few hours, at least. If that’s of no interest to you, continue on with your dreary life, that’s fine. Otherwise, I mean it, time to get with the program, stream it, borrow / rent / buy a DVD or VHS tape, or hunt YouTube for illegal rips of the series. The series is that good.

Based on the P.G. Wodehouse short stories written mostly in the 1930s, Jeeves and Wooster has 23 episodes that originally aired from 1990-1993. Jeeves is the quintessential gentleman’s gentleman, taking care of every little thing his charge requires, usually before he knows he needs it. Bertie Wooster is a prototypical British upper-class twit, idle and rich, completely useless, but not a bad sort at all. Stephen Fry and Hugh Laurie are a fantastic pair to play these characters because they’d already been performing a comedy double-act since attending university at Cambridge in 1980 (mutual friend Emma Thompson, who Laurie had dated, introduced them). They were all over British TV together — you may recall their bits in the Blackadder series — and their own TV show A Bit of Fry & Laurie started in 1987. They’ve each often stated that they’re best friends, and the camaraderie between the actors shows in the ease of their performances. 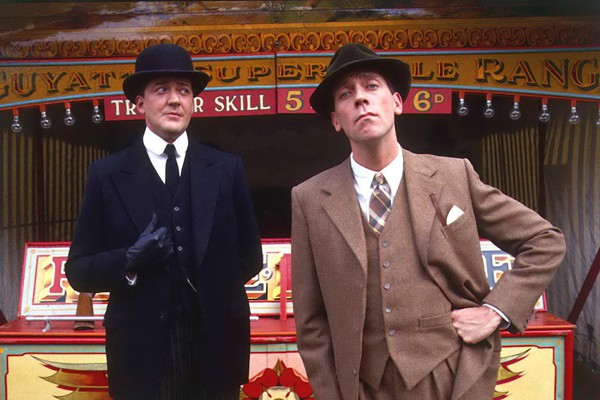 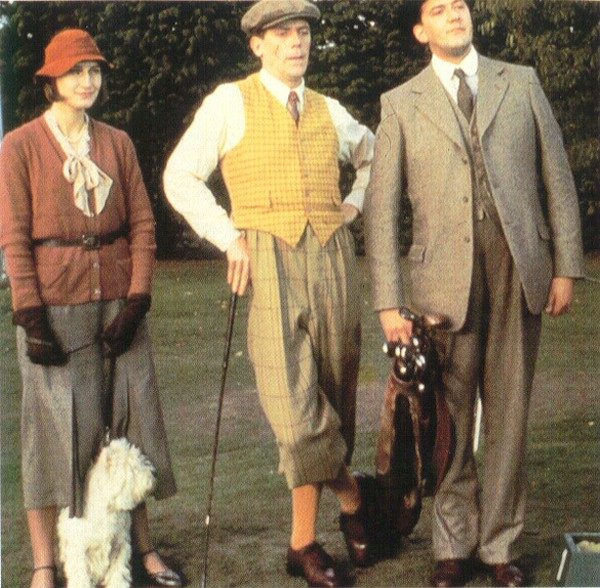 Now, this isn’t a series that’s chock-full of historical costume eye-candy. Sure, Jeeves and Wooster looks correct for the 1930s period it’s set in. The Brits could obviously figure that out like the not-rocket-science it is. But since the lead characters are men and one of them is a valet, their costumes are primarily a stodgy suit for Jeeves and normal upper-class suits and occasional casual wear for Wooster. The only women who show up are Wooster’s elderly Aunt Agatha, who dresses in old-biddy garb, and the string of ladies Auntie unsuccessfully tries to get Bertie to settle down and marry. Or the ladies his pals are besotted with, wherein various hi-jinks ensue. But all these females are in the background. Jeeves and Wooster are the stars, and they don’t have much more than basic sartorial grace. 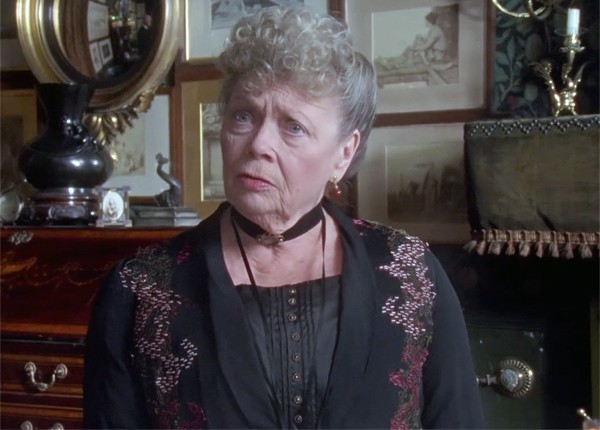 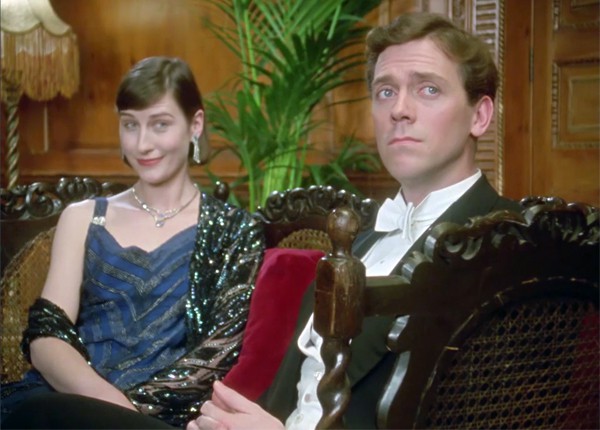 They do dress for dinner & balls, but the ladies don’t count for much.

So you’ll primarily want to watch Jeeves and Wooster for the wit and the comedy gold, for sure. Also, some swanky historical architecture and period settings, if that kind of thing floats your boat (it helps keep mine aloft). We see plenty of Bertie’s smart little Art Deco bachelor pad (check out this blogger’s details), plus all the ah-may-zing English country houses he parties at with his lads and would-be fiancées. A couple episodes were even filmed at and around Highclere Castle, later to be known as Downton Abbey. Oh, and Wooster often plays piano in the series (Laurie is an accomplished musician), and between that and the series theme, there’s quite a jazzy ’30s feeling to the whole thing. 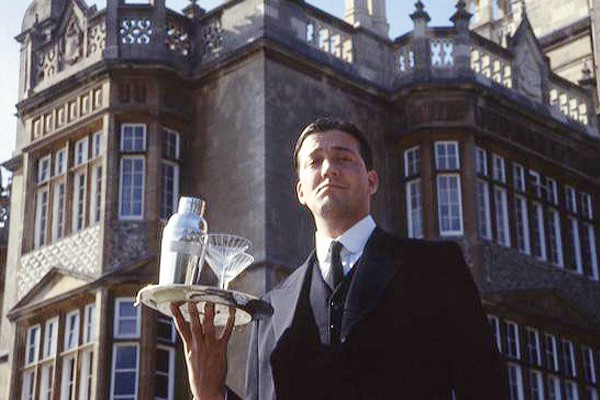 Much tea is had. 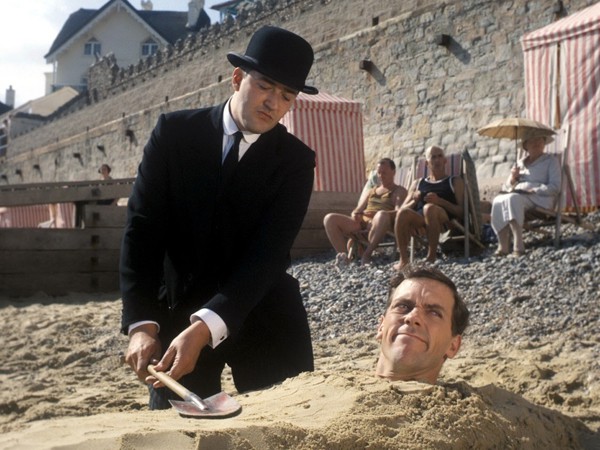 Just a typical day at the beach.

Rubber duckie, you’re the one. 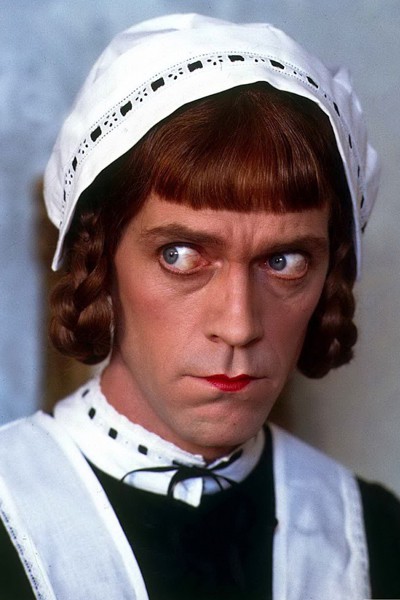 It wouldn’t be a British comedy without men in drag. 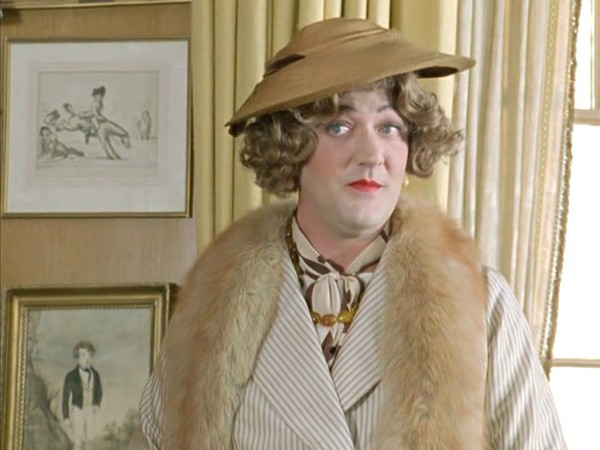 This actually isn’t Jeeves in drag; Stephen Fry was in drag to play a female author in this ep. 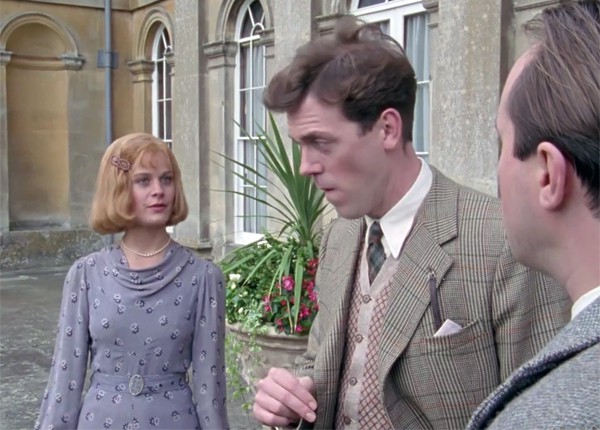 Bertie tries to sort out his friend’s romantic entanglements. Oops. 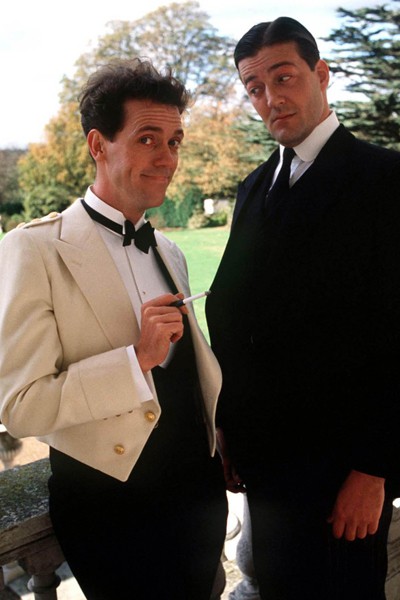 So formal, so posh!

Leave this job to Jeeves, Bertie.

Have you watched Jeeves and Wooster yet? What’s stopping you?