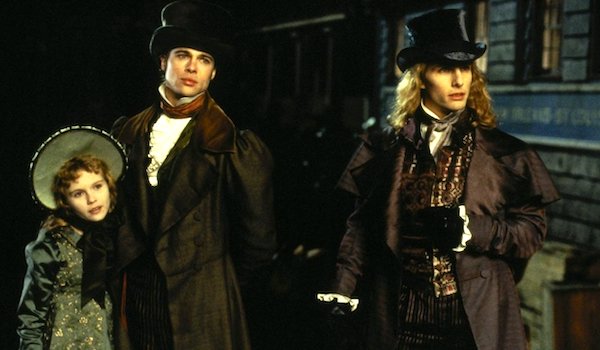 Another so/so movie.  Tom Cruise is WAY out of his league as the vampire Lestat, Brad Pitt works but only barely — see it instead for Kirsten Dunst in her most amazing role ever as Claudia, the child vampire.  The story begins in the 1790s, then moves to the 1870s or 1880s and then the present day.  Claudia’s gowns in the 19th century period are amazing, as are her “friend” Madeleine’s (I would happily kill for Madeleine’s green dress).