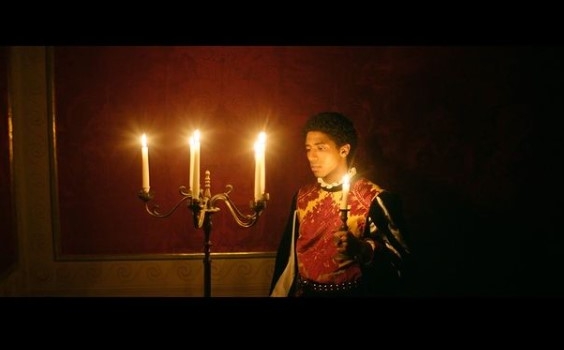 The “condemnation of memory” (or in it’s original Latin, “damnatio memoria”) is a term that describes the virtual erasure of a historical person within a few generations of their lifetime, so you may be excused if you didn’t realize that Renaissance Italy had a powerful Black ruler in the 16th century, as history got pretty busy trying to blank him out after his death in 1537. Alessandro de’ Medici, who ruled as Duke of Florence between 1532 and 1537, was the son of an enslaved woman and either Lorenzo de’ Medici or Pope Clement VII (there’s some debate amongst scholars). Raised in the center of the powerful de’ Medici family, Alessandro was recognized as Lorenzo’s only surviving, if illegitimate, male heir (his half-sister was Catherine de’ Medici, future Queen of France). I was especially excited to find out recently that a short film, Il Moro (2021), is taking the Duke out of the shadows of anonymity and attempting to put him back in his rightful place in history as one of the powerful Medici dukes. Directed by Daphne Di Cinto (who, coincidentally, played the mother of the Duke of Hastings in Bridgerton), Il Moro has been making the indie film circuit over the last few months.

“I’ll be honest, I found out about him in one of those articles titled ‘Ten people in history you didn’t know were black.’ And I was stunned. I had never learned about his background and people didn’t seem to be familiar with it either. I strongly felt that his story deserved attention as much as other Afropeans deserve representation in our history.

“I find it so funny that after fictionally giving birth to the most well known black duke around, I would in a way mother this other black duke through telling his story.” — Daphne Di Cinto, Story of forgotten black Medici ruler is told in new short film.

Unfortunately, there aren’t a lot of promotional images of the film to be found, other than the production’s gorgeous Instagram account. The costume designer is Maddalena Oriani, and this is her first film credit according to IMDB. The budget is precariously tight (according to Di Cinto, she simply couldn’t afford to make a bigger role for Alessandro’s mother in the film) and there is an Indiegogo fundraiser seeking to raise money for the film. You can also check out the Italian language trailer on the Indiegogo site — it’s stunningly elegant in its economy. Ippolito de’Medici, played by Andrea Melis, was thought to be the favorite for the dukedom of Florence, but he is passed over by the Pope in favor of Alessandro. Via @ilmorofilm. Paolo Sassanelli plays Pope Clement VII, who was theorized to be Alessandro’s true father. He ultimately chooses Alessandro to lead Florence over his cousin, Ippolito, a decision that has wide-ranging affects on the duchy. Via @ilmorofilm.