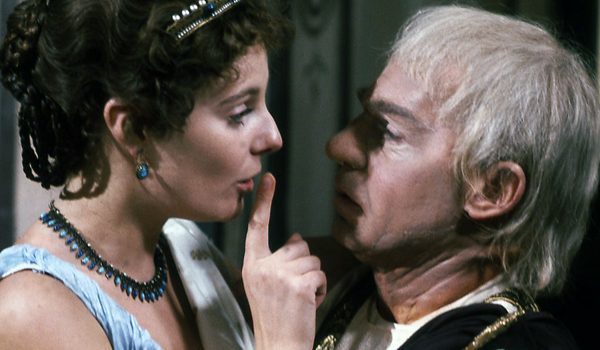 There’s nothing like going to the source, and I, Claudius (1976) is easily one of the most influential TV miniseries around. Complicated historical politics? Check. Family dramas sprawling across at least three generations? Check. Ruthless matriarch using any means necessary to get her way? Double-check! Elaborate sparkly costumes? Well, OK, not so much, but super-crazy and historically accurate hair, check!

Created by the BBC and subsequently airing on PBS’ Masterpiece Theater, this series is based on the Robert Graves historical novels, so I, Claudius takes a fictional look at the happenings in the early Roman Empire from the years between 24 BCE to 54 CE. Admittedly, I’m not an expert in this period’s history so I can’t judge too well about the accuracy of the events, but Graves had based his books on the period histories of Gaius Cornelius Tacitus, Plutarch, and Suetonius, the later of which he translated himself. So there is a basis for the tales, just with a first-person narrative, as voiced by Claudius (Derek Jacobi), with a framing device around the first half of the episodes. 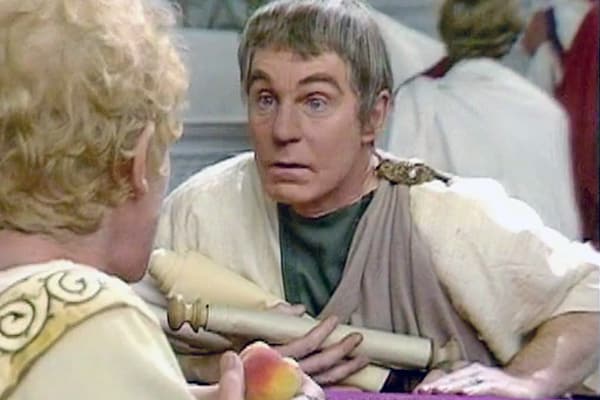 The bitchily awesome heart of the series during this half is Livia (Siân Phillips) who is Claudius’ grandmother, but begins as wife of Augustus (Brian Blessed), Emperor of Rome. She has two sons, Tiberius and Drusus, from her first marriage, who she’s angling to put in the line of succession since Augustus only has a daughter, Julia, from his first marriage. Filling Livia’s expert toolbox are poisons, breaking up happy marriages, malicious gossip, faking rapes, drownings, and a wit so sharp it could cut glass. One of my favorite scenes — of many — is her “pep talk” to the gladiators before Claudius’ games, including the bon mot: “These games are being degraded by the use of professional tricks to stay alive, and I won’t have it!” 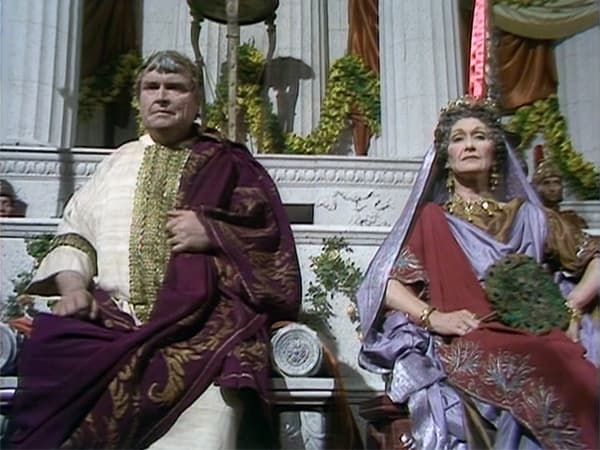 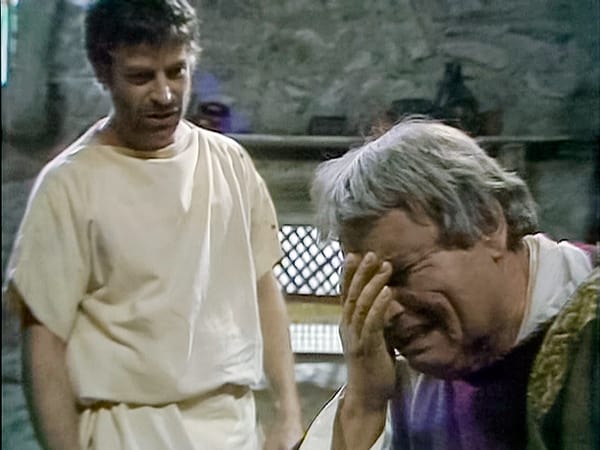 While behind the emperor’s back and in his own family, so many betrayals are going on that he doesn’t see until it’s too late.

However, some of her actions are so cruel it’s uncomfortable to watch, reminding me of Gaslight (1944), as she bullies her husband and sons and excuses her own crimes, always claiming she works “for the good of Rome.” She is a richly Machiavellian woman, smarter than anyone around her, and proves the point that, had she been born male, she’d have ruled the empire. Until the bitter end and unto the afterlife, Livia is the historical costume bitch that all other bitches wish they could be and seems likewise the model for sci-fi and fantasy bitches like Game of Thrones‘ Cersei (in fact, the scenes of Livia drinking wine in episode four feel like a direct precursor to Cersei’s wine-sodden misadventures). 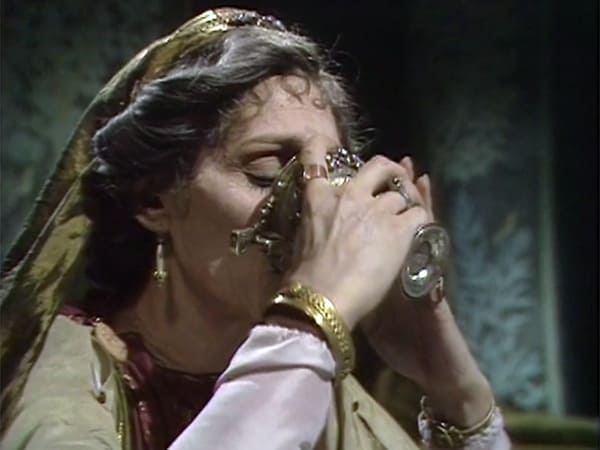 When Livia dies, the antagonist becomes Caligula (John Hurt) for a few episodes, and he delivers amazingly decadent, bread-and-circuses crazytown. By this time, Claudius has managed to keep safely in the background by playing the fool. He may have a limp, a stutter, and be hard of hearing, but he’s wiser than he lets on. Except, he’s none too wise about the women … like his third wife, Messalina. The hits keep coming in this series, it’s nonstop machinations from all sides. You probably won’t be able to keep it straight, so just sit back and let the bitching and back-biting roll over you. Assume everybody is out to screw everybody in some way, shape, or form. And don’t touch the figs. 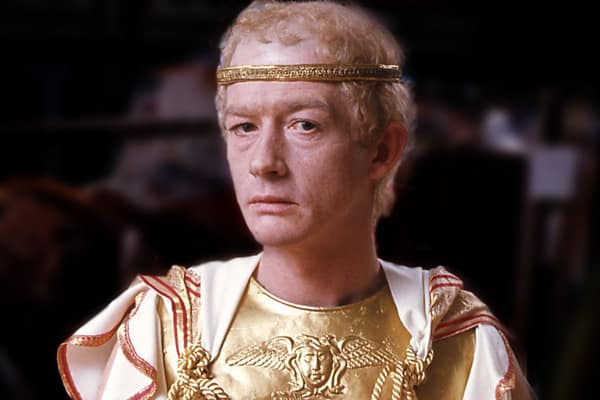 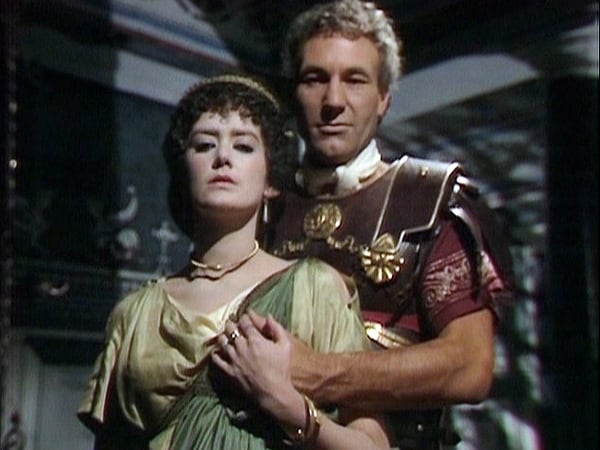 Sejanus (Patrick Stewart) gets it on with Livillia (Patricia Quinn) and tries to scheme his way into the Senate.

Costumes in I, Claudius

Given it was made in the ’70s for the BBC, the production values aren’t super high — the entire 12-episode run was made on the equivalent of about $4.85 million. For comparison, a single episode of Downton Abbey cost $1.5 million to make. I, Claudius is all about the dialog and interactions, so I suppose for those who enjoy watching costume dramas in the background while sewing or something, this is would be ideal.

But the producers and designers did work the hell out of what little budget they had. The set designs are rich and dark (OK, it’s all shot inside, get over it), and I think the shadows add to the menacing political mood. Costume designer Barbara Kronig seemed to use the correct Roman clothing for the class and place of the characters, such as reserving togas for the senators and emperor. The women also wear tons of gorgeous jewelry that looks inspired by museum pieces, and this gives the series a bit of flash. 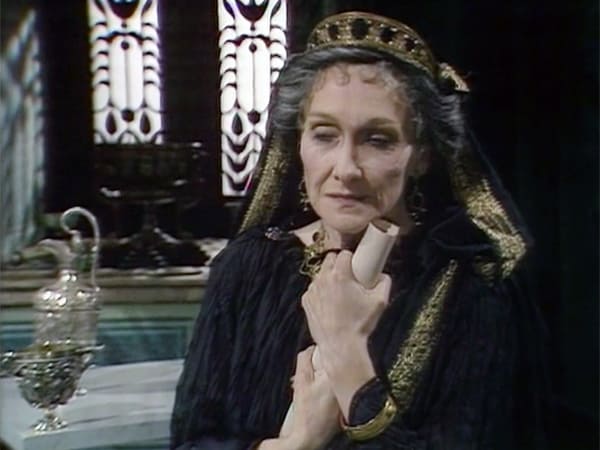 I adore Livia’s mourning tiara and jewelry set. She seems to have different jewelry for every occasion because she’s just that rich.

The hairstylist deserves major recognition for the women’s hair — however, I can’t find any hairstylist names! Three makeup artists are credited, Pam Meager, Sue Bide, Norma Hill-Patton, so I wonder if they also did hair. The hair appears to be based on surviving Roman statues. One thing I should note about the makeup itself is that, like most shows made in this era, the aging makeup looks rather thick and cakey if you’re watching on an high-definition TV today. Given that the story takes place over 75+ years, you have to see the characters grow old, and it’s just not going to look HD perfect. Oh well. 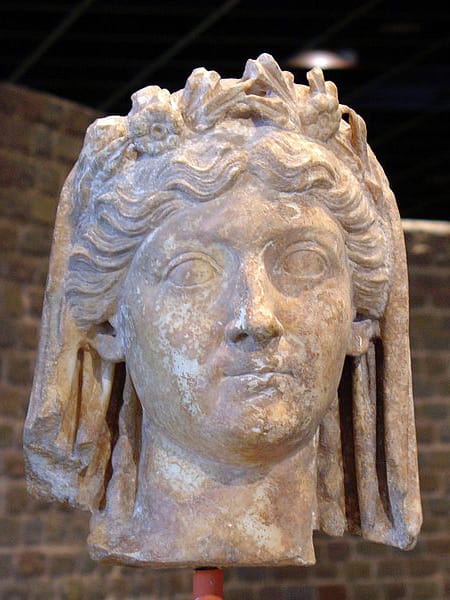 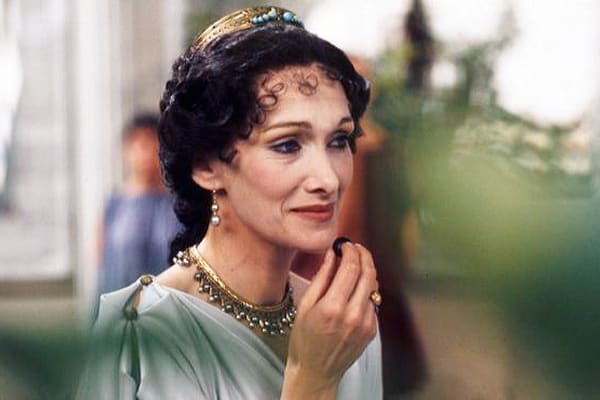 Those little curls, that jewelry, all so good. 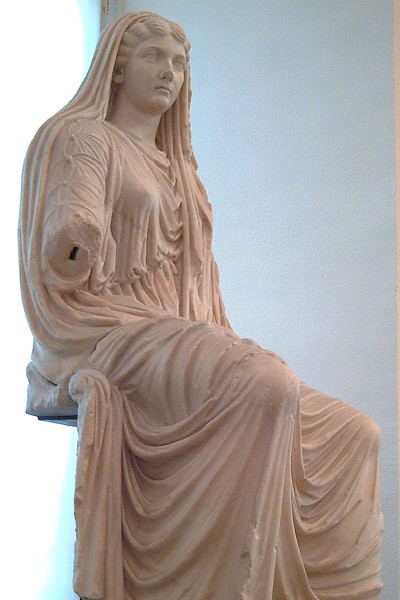 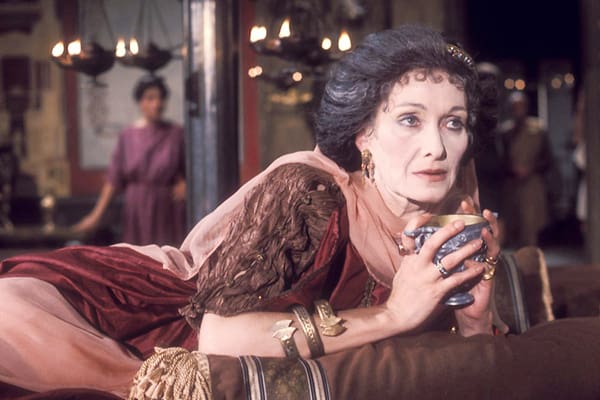 Livia slowly ages over the first few episodes, but loses none of her wit and wiles. 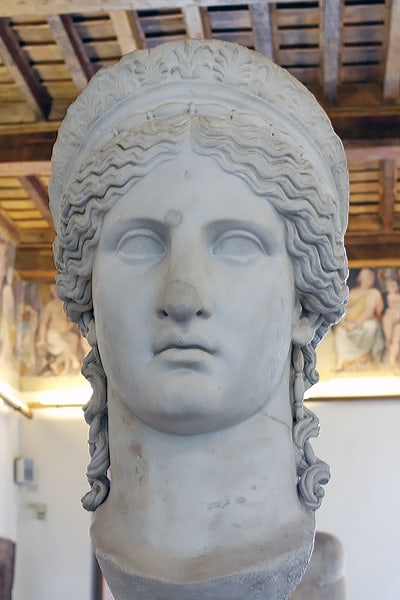 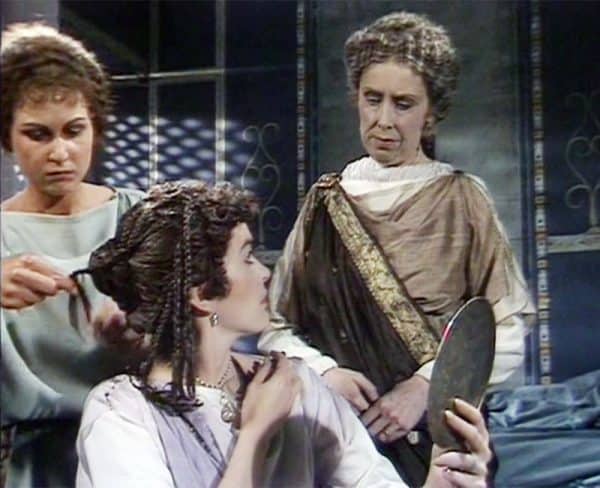 Click for a larger view of this excellent scene where Livillia gets her hair styled in tiny braids that form an updo by a slave. 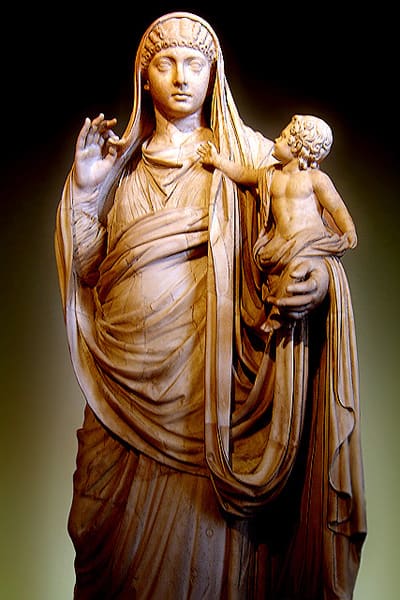 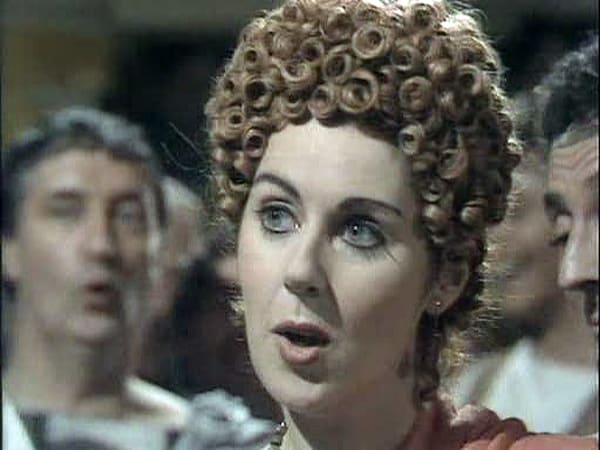 As the series moves into the 50s CE, the women’s hairstyles go to the taller curled Flavian styles.