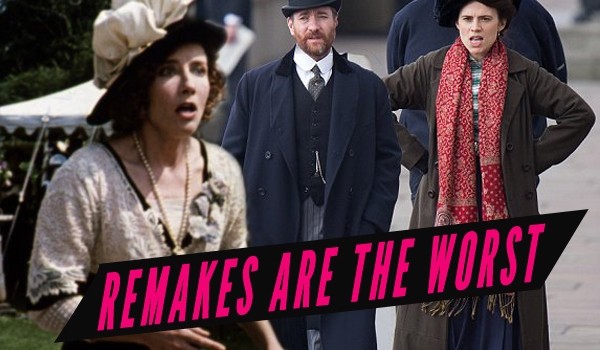 Just because Hollywood, the BBC, ITV, Starz, and every other film/TV production vehicle loves the crap out of remakes doesn’t mean I have to. Especially when they remake things I consider practically perfect in the first place. So I was not happy to see these behind-the-scenes photos from the upcoming 2017 TV miniseries remake of Howards End starring Hayley Atwell as Margaret Schlegel, Philippa Coulthard as Helen Schlegel, and Matthew Macfadyen as Henry Wilcox.

The 1992 film of Howards End is easily one of my favorite films ever. I saw this movie in theater and it had a profound affect on me. I’ve probably watched it at least once a year since then. I had read the novel before and a few times since. “Only connect,” yes! This film is both accurate to the book and stands alone as a vivid work of art. So, no, I don’t need another one. Maybe you do. Rock on with these pix then, but don’t expect a review from me that doesn’t include endless comparisons to how brilliant Thompson, Bonham Carter, Hopkins, et. al., were or Jenny Bevan and John Bright’s costuming was. 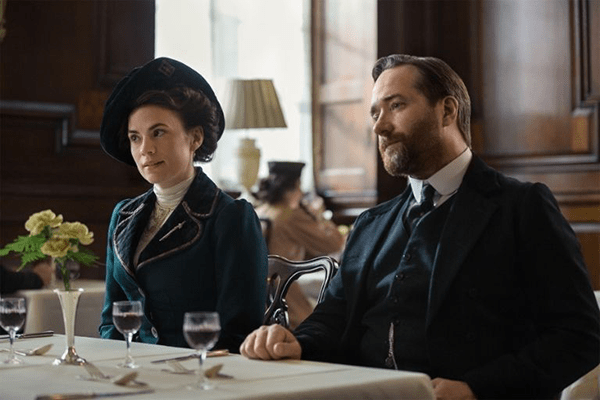 This is the only official photo that’s been released. I am underwhelmed. 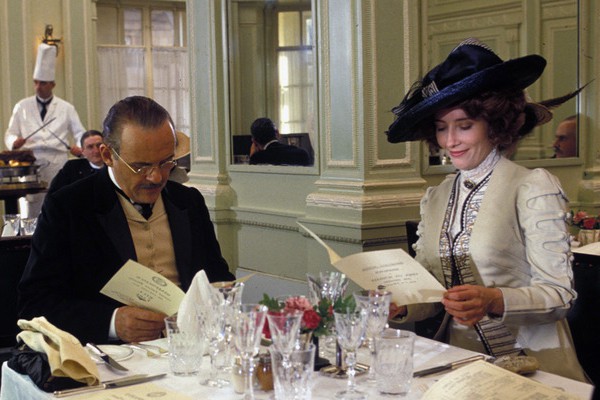 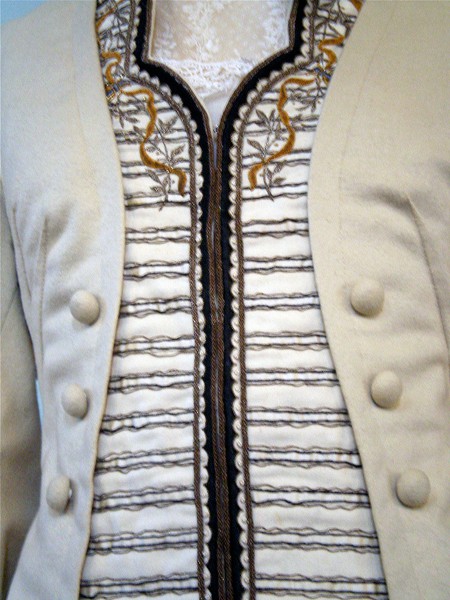 Will we see this level of detail in the new version? Jenny Beavan & John Bright were nominated for an Oscar for this work. 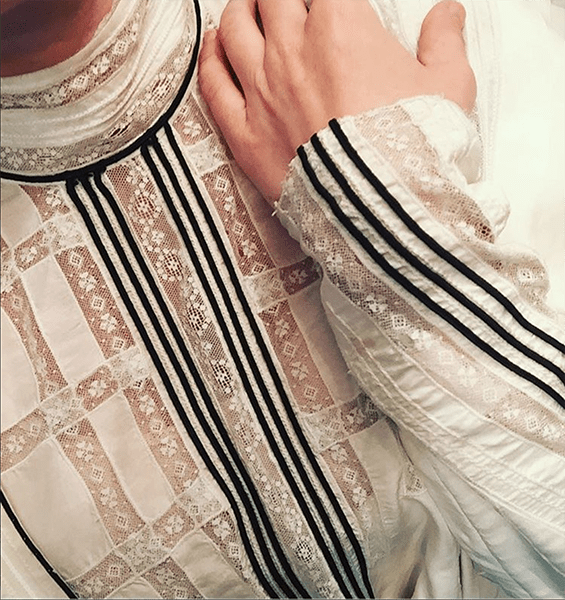 For comparison, Hayley Atwell posted this behind-the-scenes pic of herself on Instagram. The blouse would look better if the sleeve was finished. 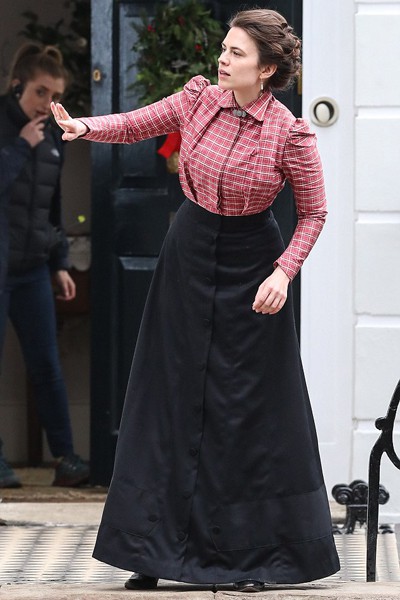 Hayley Atwell outside what I swear is the same doorway in London every recent British historical production has used. Can someone local confirm this for me? 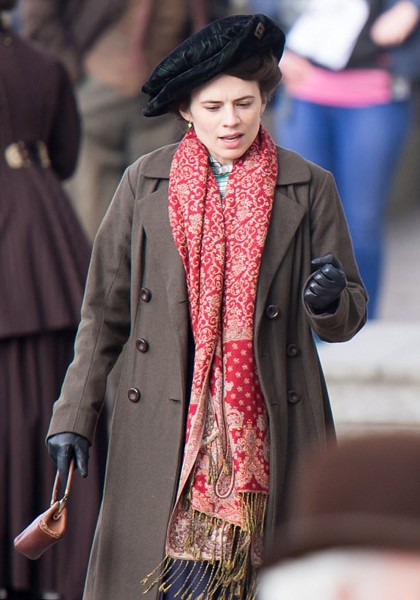 I dislike everything about this outfit except for the tiny leather purse. This just looks like she’s walking down the street in any big city circa 2017. It doesn’t look historical, just maybe a tiny touch quirky. 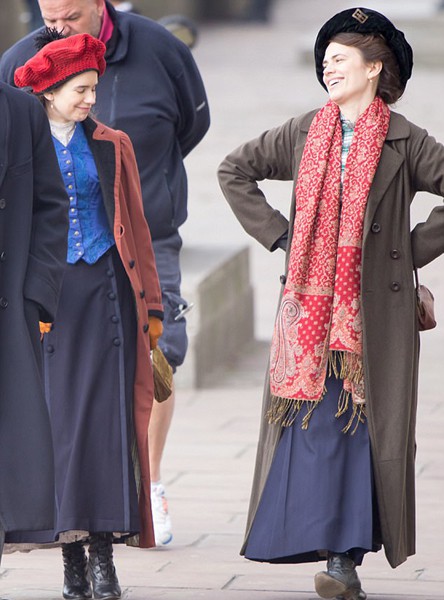 The so-called Schlegel sisters. And WTF is on Philippa Coulthard’s head?

Matthew Macfadyen is always a big “MEH” for me. I hear some of you like him, so fine, whatevs, I hope you’re satisfied with this. 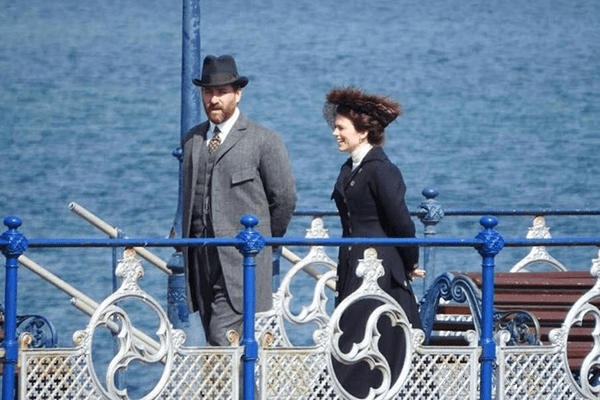 More meh. By the sea.

I’m SO not getting a Helena Bohnam Carter vibe here. 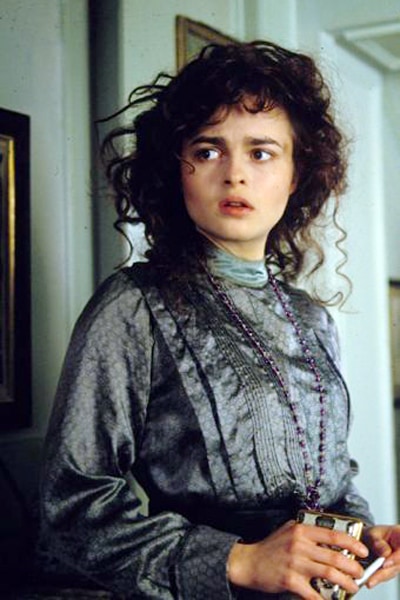 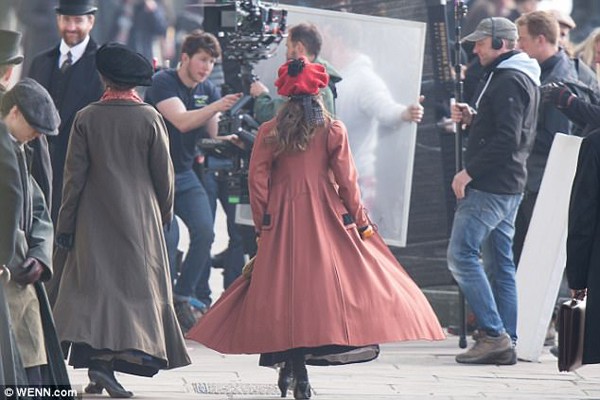 Are you as offended by this Howards End remake as I am?