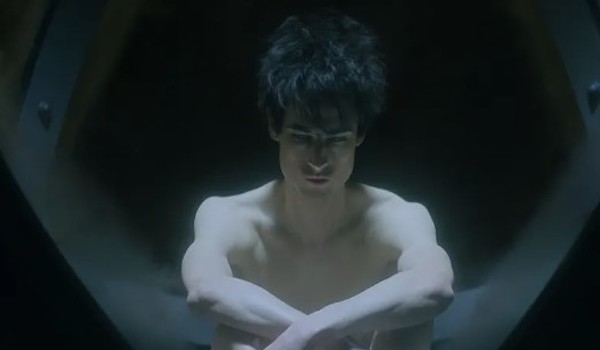 I’ll just come right out and admit that I only half-assedly followed the The Sandman comics back in the 90s (I was much more of a Johnny the Homicidal Maniac type of teenager), but when I saw that Netflix was developing a show based on Neil Gaiman’s Sandman universe, I definitely was interested. The previews promised a fantastical world of dreams and nightmares, but what particularly interested me (of course) were the historical episodes in the first season of The Sandman (2022-). Of course, I ended up binge watching all 10 episodes in two days, just so I could talk about the costumes of these two particular episodes, “The Sleep of the Just” and (next week) “The Sound of Her Wings.”

So fair warning, if you haven’t watched the show, there be spoilers ahead.

“The Sleep of the Just” begins in 1916. Charles Dance plays Roderick Burgess, or “The Magus,” a wealthy man obsessed with his elder son’s death in World War I. He believes he has uncovered a way to manifest and hold Death hostage, in order to demand his son’s life be returned to him. Things go wrong during the summoning ceremony and he ends up with Dream instead, who he imprisons in his basement, using Dream’s ruby to bring him more fortune over the years. 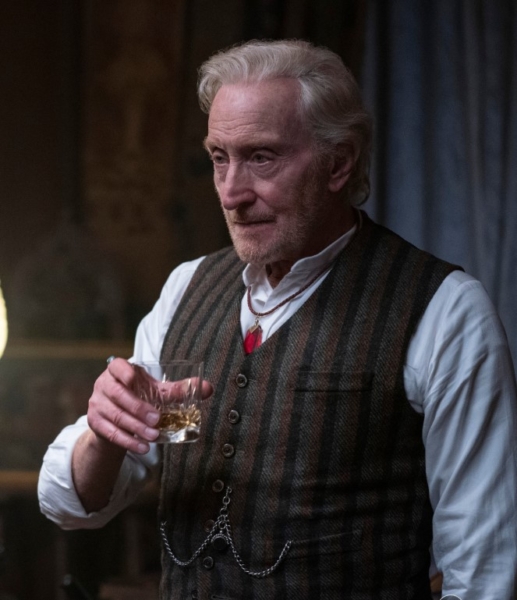 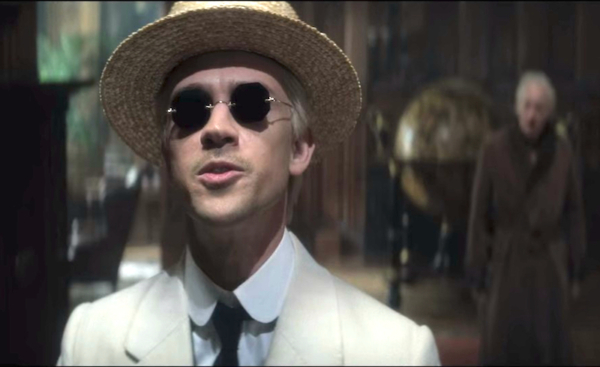 Normally it’s a bad sign when this guy shows up on your doorstep, but this time he’s here to give Burgess some advice on how to utilize his captive’s powers.

Fast-forward to 1926, and the ruby has been good to Burgess. He throws lavish parties every evening, however he makes his younger son, Alex, work as his butler. 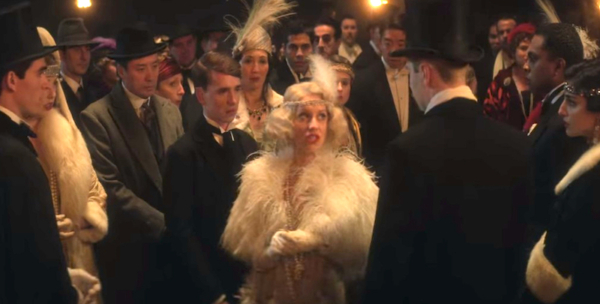 The blond chick is Edith, and she features prominently in the overall plot. For now, though, she’s just a gold-digger who shows Alex a little bit of kindness. 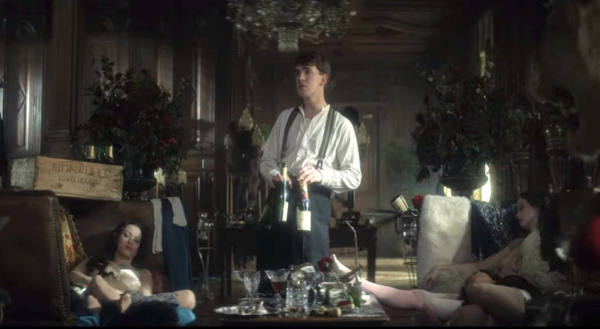 Meanwhile, Alex has to clean up after the parties. 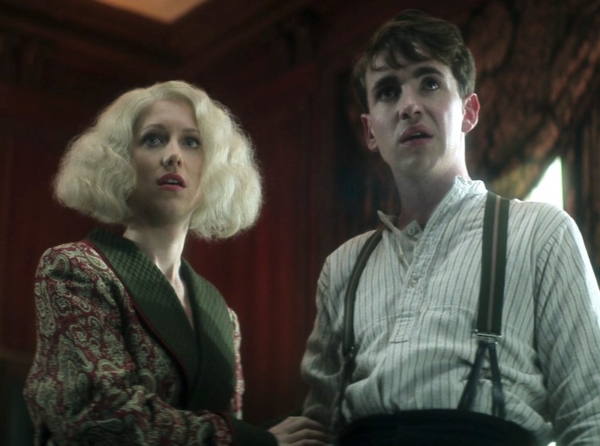 Edith becomes Burgess’ mistress, and it’s all fun and games until… 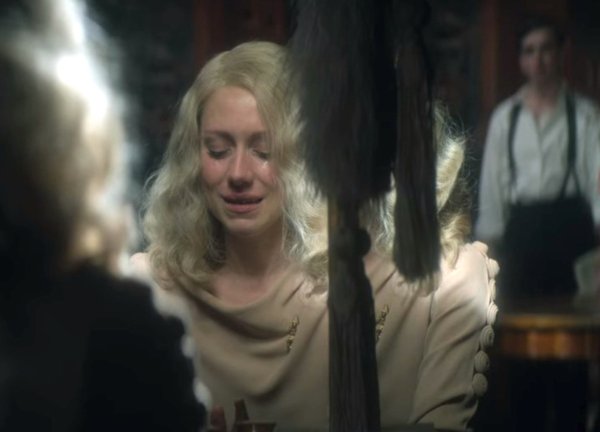 She falls pregnant with Burgess’ child. Burgess doesn’t want her to keep it, so she tells Alex that she’s going to “deal with it.” Instead, she steals some pretty important things from Burgess and takes off in the dead of night.

Overall, the costuming in this episode is pretty strong, especially the 1920s segment, which mainly features interesting upper-class party clothes. Sarah Arthur is the costume designer for the series, and readers of this blog will recognize her work from other frock flicks such as A Discovery of Witches (2018-) and Lady Chatterley’s Lover (2015). All of the interviews with Arthur that I’ve been able to find are focused on the overall costume design for the show’s iconic characters, which is understandable. So there’s not a lot on the record that she’s said specifically about the costumes in the first episode (though she does get interviewed about the costumes in the second period episode in the series, which I will cover next week).

What did you think of the costumes in The Sandman, episode one? Tell us in the comments!