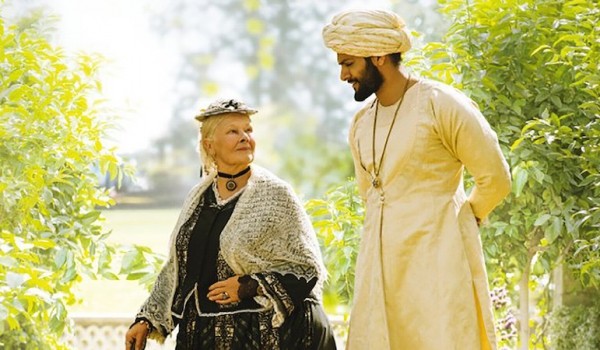 Okay so this may already have been released, but I don’t care, I’m SO EXCITED to see this comedic adaptation of a Boccacio story (warning, NSFW due to language!):

A woman is forced into marriage in mid-Victorian England, but she finds her escape…

A family story set in the 1930s, based on a classic book.

Queen Victoria and the last prince of Punjab:

An artist falls in love with a married woman in late 17th-century Amsterdam. Will this ACTUALLY be finally released??!! Check out our preview post.

The Halcyon: October 2 on Ovation

Various interconnected characters living in a hotel in London during World War II.

The story behind the Winnie the Pooh stories.

“A tragic love story set against the lynching of 18 Chinese immigrants in Los Angeles, in 1871.”

Murder on the Orient Express: November 22

A new adaptation of the classic Poirot mystery, starring Kenneth Branagh (and his mustachios) in the title role.

Hugh Jackman stars as P.T. Barnum in this adaptation of the stage musical.

Films/TV Shows With No Release Date

The Alienist on TNT

Boudicca and the Romans in ancient Britain. Check out our preview post.

A 1920s debutante is drawn to an artist.

Colonial America and boobs. Check out our preview post.

Hugh Bonneville as the last English viceroy of India.

Which of these films and TV shows do you plan to watch?