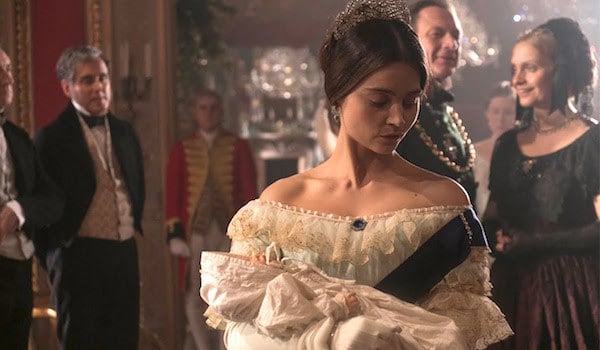 The Man Who Invented Christmas

After a series his books have been flops, Charles Dickens decides to write and self-publish “A Christmas Carol.” With Dan Stephens (formerly of Downton Abbey) as Dickens.

A housewife in the early 1960s decides to become a stand-up comic. Created by Amy Sherman-Palladino, who also created Gilmore Girls and Bunheads, which means I am 100% down. Costumes by Donna Zakowska. Showing on Amazon.

TV series about the final days of Knights Templar during the 14th century. Costumes by Diana Cilliers. Airing on the History Channel.

Check out our advance preview review! Kit Harington (from Game of Thrones) in a miniseries about the Guy Fawkes plot to blow up Parliament/murder King James Idicken. Showing on HBO.

In 1892, a legendary Army captain reluctantly agrees to escort a Cheyenne chief and his family through dangerous territory, with Christian Bale and Rosamund Pike. I really hope the movie is going to be more cognizant of the Native American side of things than the trailer shows… This is the limited release date, it should go wide in 2018.

A fashion designer (Daniel Day-Lewis) in 1950s London is commissioned to design for members of high society and the royal family.

A crime reporter and a psychologist to investigate a serial killer in New York during the 1890s.

Which upcoming historical film or TV series are you most excited about?