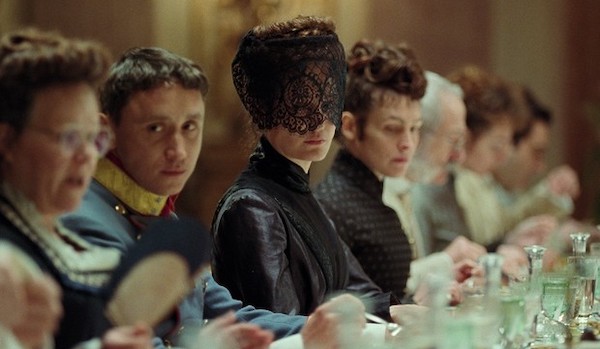 A young woman courts a mysterious wealthy suitor in 19th-century England. No costume designer listed yet on IMDB!

A 1950s cleaning lady falls in love with a couture Dior dress. Costumes by Jenny Beavan.

A League of Their Own (Aug. 12 on Amazon Prime)

Series about about the WWII All-American Girls Professional Baseball League. Costumes by Trayce Gigi Field. This is just a teaser trailer:

Movie about a 14-year-old girl in medieval England, based on a Young Adult novel by Karen Cushman. No costume designer listed yet on IMDB. This is a “first look” clip:

A German film about the beginning-to-age Empress Elisabeth of Austria. Costumes by Monika Buttinger.

Interview with the Vampire (AMC)

TV series inspired by the Anne Rice book & set in the 1920s. Costumes by Carol Cutshall.

A group of children are evacuated to a Yorkshire village during WWII. Costumes by Dinah Collin.