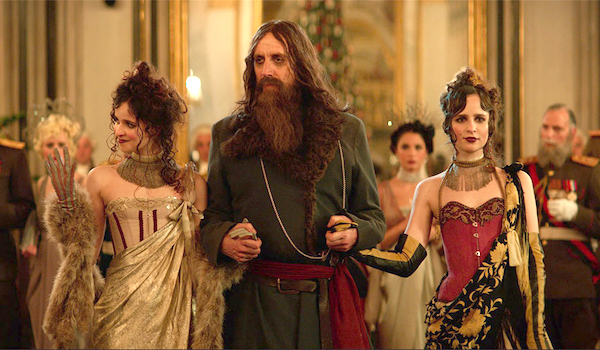 King Charles VI declares that Knight Jean de Carrouges settle his dispute with his squire by challenging him to a duel. With Adam Driver, Matt Damon, Jodie Cormer, and Matt Damon’s mullet. Costumes by Janty Yates.

A Wes Anderson film about an American newspaper in a fictional French city set during the 1960s-ish. Costumes by Milena Canonero.

The Electrical Life of Louis Wain (Nov. 5 on Amazon)

Biopic of an English artist who rose to prominence at the end of the 19th century. Starring Benedict Cumberbatch & Claire Foy. Costumes by Michael O’Connor.

Season 2 of this comedic look at Catherine the Great adds Gillian Anderson to the cast. Costumes by Sharon Long.

A maid living in post-World War I England secretly plans to meet with the man she loves before he leaves to marry another woman. Costumes by Sandy Powell.

Remake of the 1950s musical. Costumes by Paul Tazewell.

Ralph Fiennes in an Edwardian secret service/Marvel movie. Costumes by Michele Clapton. Click through to YouTube to watch!

A musical based on the life of Cyrano de Bergerac starring Peter Dinklage. Costumes by Massimo Cantini Parrini.

Season 2 of the series about a 1930s Yorkshire vet. Costumes by Ros Little.

No U.S. Release Date Yet

Three-part miniseries about the final months of Boleyn‘s life. Costumes by Lynsey Moore.

Eiffel’s search for inspiration as he comes under pressure to design something spectacular for the 1889 Paris World Fair. Costumes by Thierry Delettre.

Series about the intertwined stories of Saladin, Emperor Barbarossa, Richard the Lionheart, Philip Augustus, Francis of Assisi, & Eleanor of Aquitaine.

Margrete: Queen of the North

Biopic of Margaret I of Denmark in the 1400s. Costumes by Manon Rasmussen.

About the relationship between Karen Blixen (author of Out of Africa) & poet Thorkild Bjørnvig in the 1940s. Costumes by Anne-Dorthe Eskildsen.

Paris, France, 1899. The corpse of an unknown woman is found in the river Seine. The investigation will push a young ambitious inspector to discover a heavy state secret. Costumes by Anaïs Romand.

The story of the tumultuous marriage between actress Patricia Neal and renowned writer Roald Dahl in the 1960s. Costumes by Suzie Harman.

Which of these films or TV series are you most excited about?