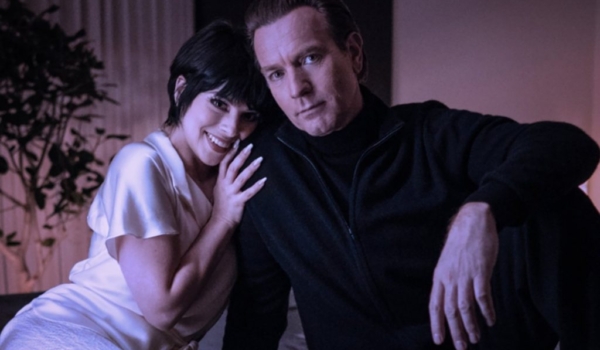 Netflix dropped Halston (2021) last week, and while only the first one and a half episodes take place pre-1969, I felt we would be terribly remiss if we didn’t have a bit of discussion about the early years of the man who helped glamorize the 1970s.

Roy Halston Frowick is introduced to us in a flashback as a child in the 1930s, dealing with his father’s abuse of his mother by escaping into the act of creation — his first design is a hat he decorates to comfort his mother after one of his father’s rages. Things quickly fast-forward to a clip of Jackie Kennedy, sporting her now-iconic pillbox hat at her husband’s 1961 inauguration as President of the United States, that was designed by the man now calling himself simply “Halston.” 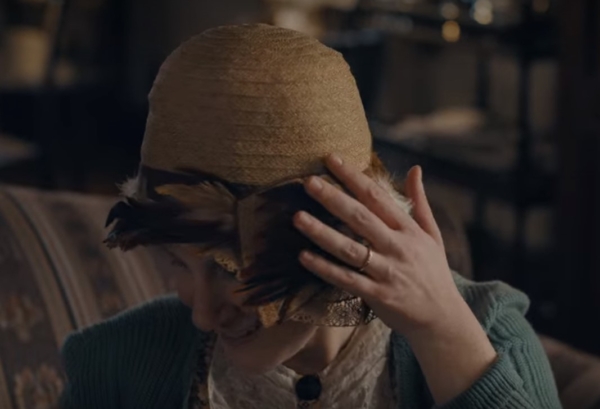 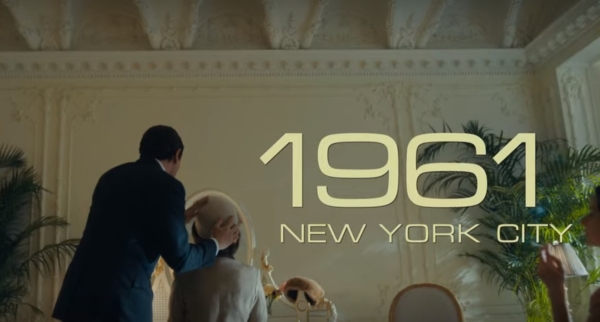 His success is brief, however, when hats begin to fall out of fashion for women in the 1960s, so he is forced to remodel himself as a clothing designer. However, his first runway show is a bust — the clientele are indifferent to his innovative use of color-blocking and perhaps a little intimidated by some of his more extreme silhouettes. 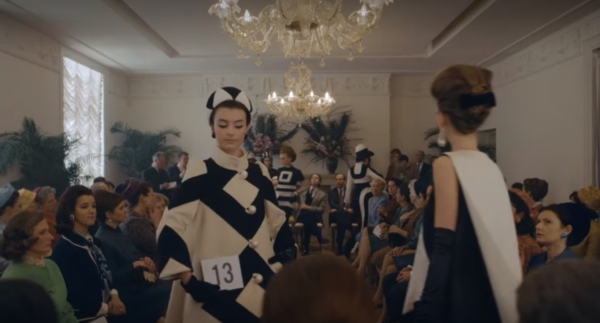 Scoring financial backing from Texas millionaire Estelle Marsh, he is able to open his atelier in New York City and quickly starts to gain traction with a more avant-garde clientele. With a little bit of success under his belt, Halston is introduced to a young cabaret performer, Liza Minnelli, who is also trying to make a name for herself apart from her famous parents. The two strike up a friendship (and partnership) that will last them the rest of Halston’s life. By the end of the second episode, which ends with the 1973 “Battle of Versailles” in which American designers were pitted against French designers to determine who was the most fashionable, with Halston (of course) blowing everyone out of the water with his youthful and sensual designs. 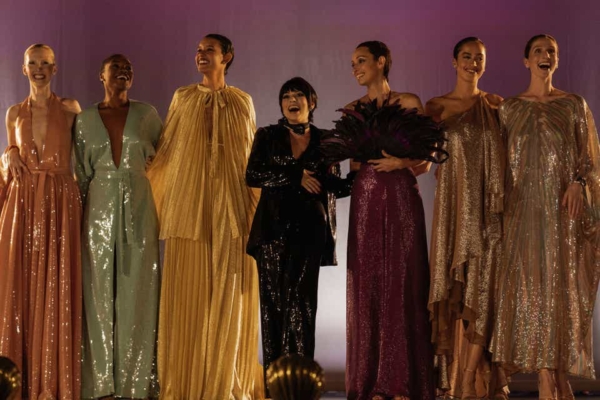 I haven’t watched later episodes yet, but I will say this about the first two episodes:

First, I love Ewan McGregor, do not get me wrong. And he’s good as Halston, but I really would have preferred to see a younger, and frankly, gay actor portraying Halston. McGregor is a fantastic actor, so he’s absolutely equipped to handle this role, but it felt really off to me watching an older, straight man play the youthful, gay designer in his prime (and generally, it is just more believable to have a younger actor aged-up than an older actor aged-down). It felt just a little too pantomime, a little too campy, and not authentic enough, and therefore I had a hard time not seeing Obi Wan Kenobi vamping and not really a believable and empathetic Halston. 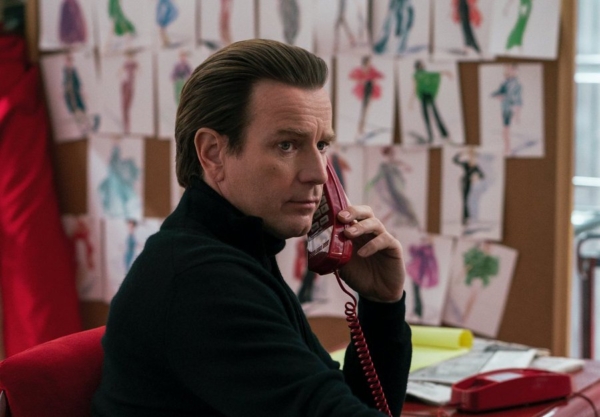 Second, there’s really nothing that groundbreaking about the plot of the episodes so far. They cover pretty well-known territory and play into all the “creative and volatile tortured genius” tropes we’re all familiar with by now. I am pretty familiar with Halston’s career from about 1970 on, his proclivities were legendary, and his excesses were excessive, so that’s bound to take the audience on a wild ride. I do look forward to the Studio 54 years just for the sheer spectacle of that era at its apotheosis.

Third, the supporting cast were really good, particularly and probably most notably, Krysta Rodriguez as Liza Minnelli. She captured the young Liza incredibly well, but again, this show isn’t digging too deep so I found myself wishing there was just a little more meat to her character. Interestingly, Rebecca Dayan seemed to be the most grounded in her role as Halston’s glamorous Italian muse, Elsa Peretti. Worth a mention is Rory Culkin as Halston’s assistant Joel Schumacher, a bright but anxious young man who turns to a myriad of drugs to try to cope with the pressures of life — and yes, this is the same Joel Schumacher who eventually went on to direct films such as St. Elmo’s Fire (1985), Batman Forever (1995), and Batman and Robin (1997), among many other films. 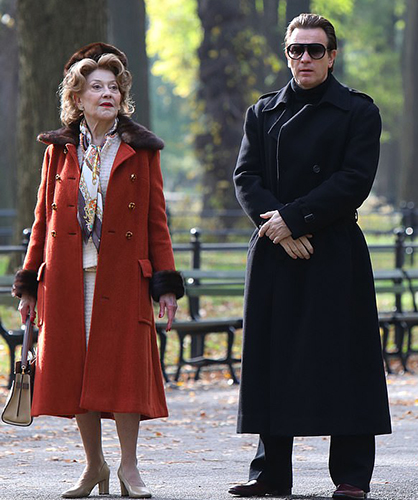 Halston confers with Eleanor Lambert (Kelly Bishop) on the topic of whether or not he should enter the Battle of Versailles. 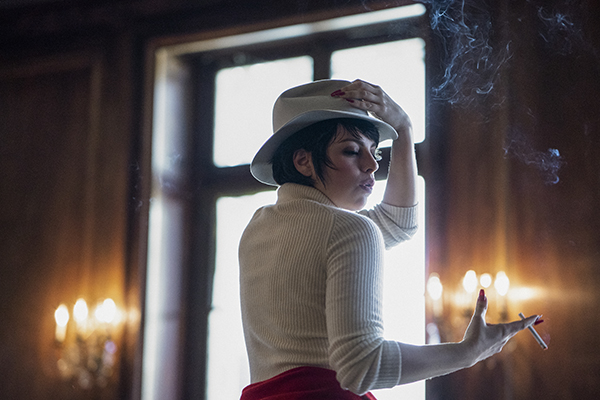 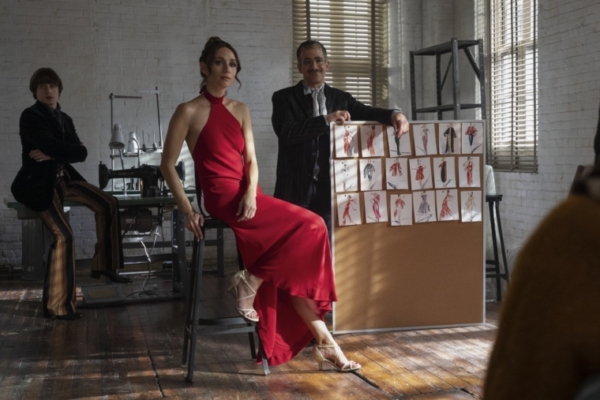 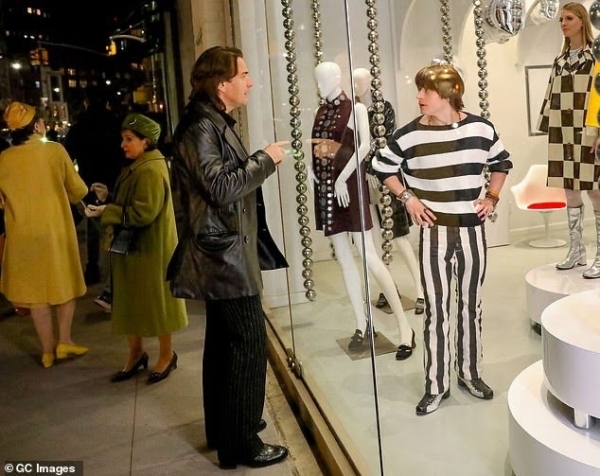 The moment where Halston discovers Joel Schumacher (Rory Culkin) doing the window design for a boutique.

All in all, I think you can spend a Saturday binging on Halston and not feel disappointed. I’m looking forward to watching the rest of the series.

Have you seen Halston (2021)? Share your thoughts with us in the comments!