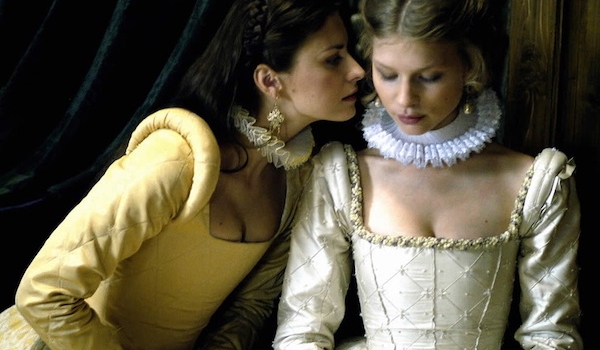 A two-part miniseries telling the story of Mary, Queen of Scots, particularly in regards to Lord Darnley (ep. 1), and then James VI/I and the gunpowder plot (ep. 2). Despite an obviously small budget (the common problem of needing more extras!) and some standard costume issues (when will designers realize that a ruff attached to nothing — ie no partlet — looks RIDICULOUS?), episode 1 isn’t half bad. Okay, they certainly mess with some of the historical details, but Clemence Poesy gives a good performance and it’s nice to see a really French portrayal of Mary. And Kevin McKidd is surprisingly hot as Bothwell! However, episode 2 is pretty shlock-tastic, despite having Robert Carlyle as James VI/I. Spoiler alert – did you know the whole gunpowder plot was about gay sex and homophobia? Yeah, neither did I! Also, did you know that Queen Anne of Denmark showed up in Edinburgh to marry James with literally one attendant?  Uh huh. They do a nice job with some elements of Queen Anne’s costumes, like some (good) crazy hair and big ruffs, but then ruin it with some weird gown choices.