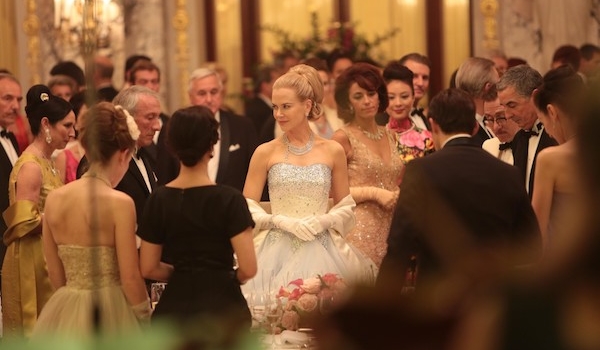 Grace of Monaco premiered at film festivals in 2014, and was pretty universally panned. The theatrical release was delayed, then shelved, and the movie is finally coming to the U.S. via the Lifetime Channel on TV. In this biopic, Nicole Kidman plays Grace Kelly in 1961, after she’s married Prince Rainier of Monaco. She questions whether she wants to return to Hollywood, whether she wants to stay in her marriage, and helps her husband through a political crisis in which France blockaded Monaco and threatened its sovereignty.

Now, I used to be a huge Nicole Kidman fan. A lot of it is residual love of Dead Calm (1989), in which she blew me away with her acting ability. And, she had FABULOUS, super curly, red hair. I still like her, but she’s a sad example of a talented actress whose ability to perform has been supremely hampered by too much botox. Now, I don’t want to be one of those people who pile on “older” women (she’s not that old!) by making fun of them for caving to the intense pressure to chase youth. It’s incredibly hard to work in Hollywood these days without plastic surgery, constant dieting, botox, and everything else, especially if you’re older than 2 years old. I sympathize. I feel like as a society, we here in America are losing an understanding of what it LOOKS like to be an over-30 woman. Women are mocked if they dare to show a wrinkle, or if they allow us to glimpse that they’re using botox/surgery to NOT do so. Damned if you do, damned if don’t.

All that being said, it’s hard to watch someone who I know is talented, who simply can’t move her face (other than opening and closing her mouth). It really impairs the performance. There’s a sequence in this movie where Grace/Nicole is being coached on being a princess, and she’s asked to show different emotions facially. And, her face just doesn’t move. It was a really bad idea to include this sequence in the movie. 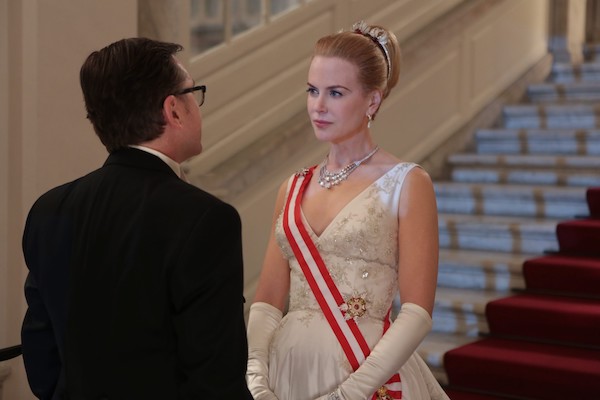 Which emotion is this supposed to be?

All that being said … it’s not a terrible movie. I was mildly entertained. Nicole Kidman is a good choice to play Grace Kelly, given the fact that both have a sweet-yet-ice-queen public demeanor. It was interesting to see some of the “happily-ever-after” and what it could really be like to adjust to playing such a role. The locations (south of France, Monaco, and northern Italy) were gorgeous. 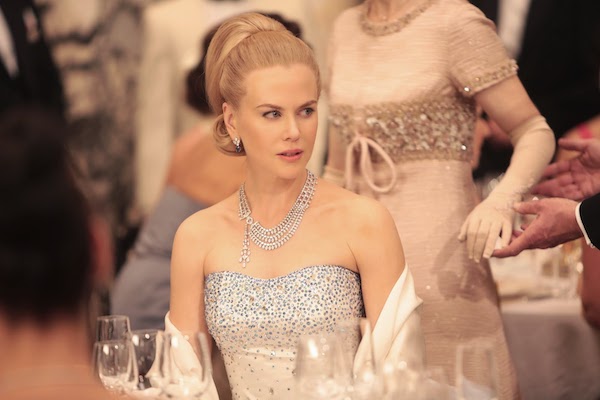 However, I found the whole “Grace saves Monaco!” plot pretty ridiculous. The movie tries to make it seem like she saves the day by changing how she plays her role, but it’s totally unclear what changes. And, of course, the big day-saving is completely made up:

But the film also suggests that Grace’s party and speech defused the crisis. In reality, its removal was the result of a compromise tax deal signed between France and Monaco that made French citizens who had lived in Monaco for less than five years, or companies doing more than a quarter of their business outside the principality, subject to French taxation. — Historian at the Movies: Grace of Monaco 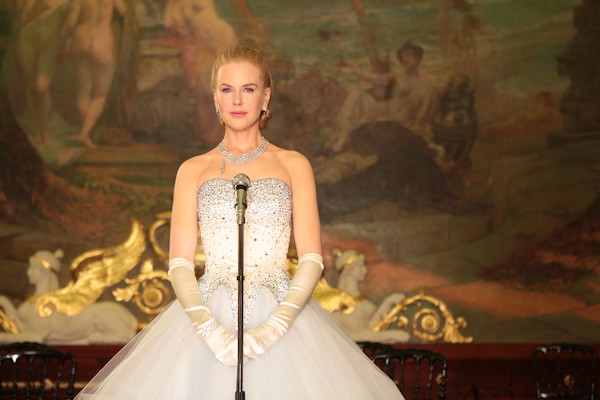 Grace’s “save the day” moment — completely made up!

The costumes, designed by Gigi Lepage, were very glam and fabulous. I LOVED the evening up-dos — early 1960s hair is so good! 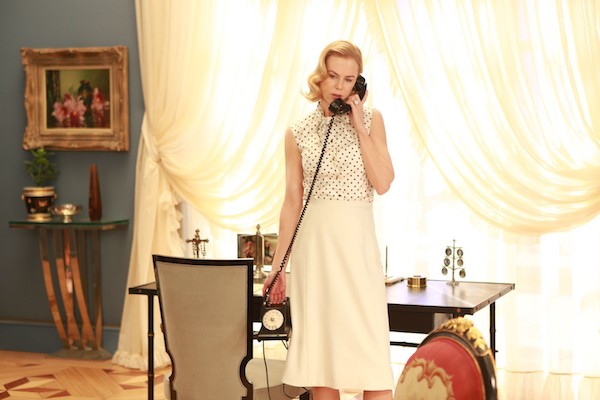 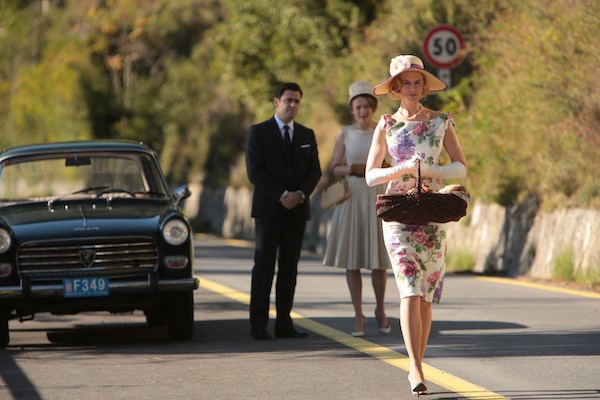 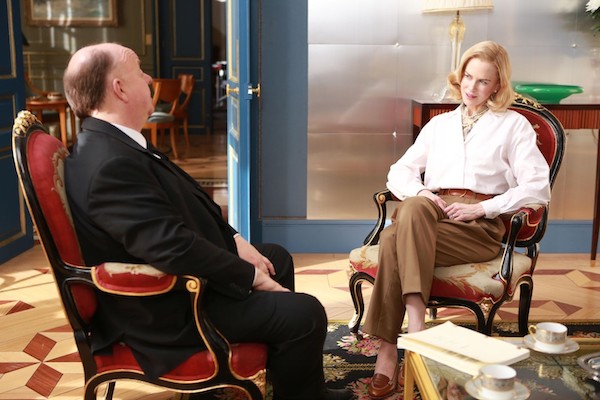 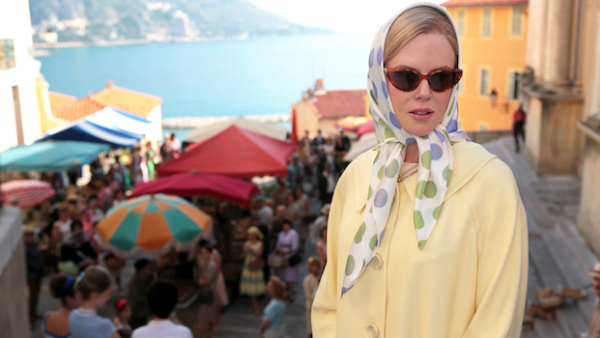 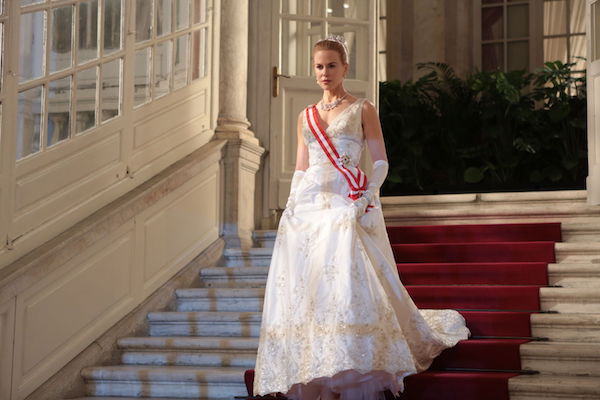