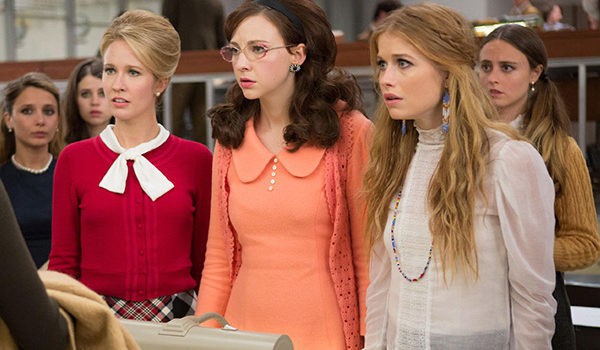 Yes, I’m breaking my own rule to review Good Girls Revolt (2016), the new Amazon production set in 1970. But it’s not just a mid-century Mad Man-esque period piece, this is a history of working women breaking through the newsprint ceiling. Loosely based on the 2012 nonfiction book The Good Girls Revolt: How the Women of ‘Newsweek’ Sued Their Bosses and Changed the Workplace by Lynn Povich, this miniseries is a fictionalized look at how a group of female journalists eventually filed a class-action suit against a major publisher to end gender-based discrimination in their workplace, breaking down a huge barrier for women writers. If you don’t think this is applicable today, please tell me about the gigantic rock you are living under because it must be nice and quiet there.

Before I get to all the feminism ‘n shit, let me address the costuming. Yep, it’s the 1970s, and I hate it because of that fact. The era is too familiar to me, for one, and this rendition is just a smidge imperfect overall. Sometimes, the clothing looks too cliche 1970 in that stepped-out-of-a-magazine way, when these are upper-middle-class working people who wouldn’t be all that fashionable. Sometimes, the clothes are just too modern, especially on the men (needs more sideburns and longer hair OR if the guys are going for clean-cut look, the clothes should be more straight-laced and uptight). I wonder if they blew the budget on CGI to recreate the 1970s New York backgrounds and add extras and cars instead of getting every single costume perfect. Trade-offs! Still, Good Girls Revolt mostly looks right for the period, even if it’s a period that doesn’t really qualify as historical by Frock Flicks’ standards. Besides, the subject matter is right up our alley, so here we go. 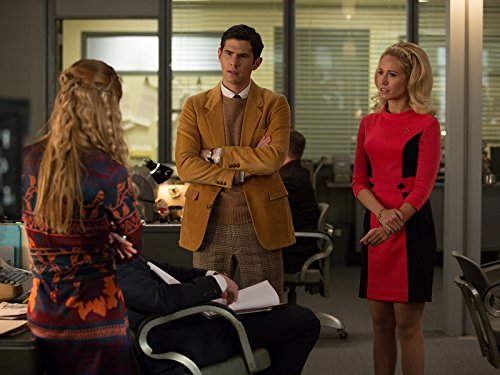 I know they’re showing how different the characters are, but having one woman wearing all flower-power garb with long hair and the other wearing fitted dresses bubble hair-dos, is just so literal. 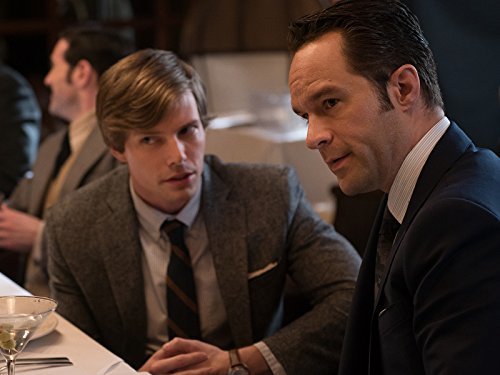 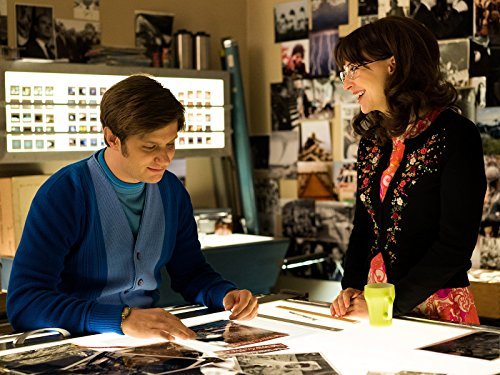 Having worked at a vintage clothing store in college, I can tell you that, yes, both of those sweaters are authentic for the late 1960s.

As a piece of actual history, this miniseries resonates strongly. And, let me be a bit too honest, I started watching it before the election when I felt a whole lot more upbeat, and this story was a lot more uplifting. Finishing the series and this review now is TOUGH because the all-feminist Frock Flicks crew basically wanted to slit our collective wrists a week ago, but dammit, our foremothers went through this hell to make it better enough so we could be independent thinkers and even so we could kill time writing this fluffy little blog and work in bits of what we learned in academia, so we can’t stop now.  Ehem.  Watching Good Girls Revolt felt particularly real to me because I’ve worked in a couple newsrooms, and even now, they can be an old boy’s club, it’s just not codified like it was back in the ’60s and ’70s (the Status of Women in the U.S. Media 2015 report found that, on average, men generated 62% of news in U.S. publications, while women generated 37%). I tend to think any woman working in a male-dominated professional field today will see Good Girls Revolt as highly relevant. But this series isn’t a revenge fantasy like 9 to 5, and it’s doesn’t depict an easy win for the women. What’s most interesting is how slow and evocative the realization of this discrimination is and how it could be changed.

The women working at this publication at this time are not born-radicals. Like most people, women or men, they just want a job that pays enough and provides some sense of satisfaction. And like most women of that era (and like many women still), they’ve been taught to be “good girls” — they don’t raise their voices, they do what they’re told, and, at work, they put their heads down and get the job done. It was a privilege to have a job at such an important publication, especially for a woman (even though they had all been at the top of their classes at prestigious East Coast colleges). Making waves is always risky, and you wouldn’t want to rock the boat and mess up what a good thing you had. Said writer Povich of the women’s early attitudes:

“When the rest of us saw that guys who graduated from the same schools without any professional experience got hired as reporters and writers over us, that’s when we decided to do something. But we were so insecure and so intimidated about trying out as writers that we asked a few guys to teach a writing course for women. And even after women succeeded at that, progress stalled. The editors seemed to think that Newsweek writing was a special talent one was born with—but somehow only men were born with it.” (Behind ‘The Good Girls Revolt’: The ‘Newsweek’ Lawsuit That Paved the Way for Women Writers, The Daily Beast.)

That is why the good girls had to revolt. The radicals and rebels always revolt. We expect them to, and some people will write that off as “oh they’re so crazy!” When even the good girls revolt, you start to notice. If the women who have been conditioned to take the abuse and accept the tiny stale crumbs that the patriarchy hands down to them, if even they start to ask questions and wonder why they’re getting such a bad deal, then yeah, something’s wrong with the system. You can’t dismiss them as easily. This also points out the relevance of having role models — these good girls didn’t have a precedent. They only saw men succeeding in their field. By standing up and asking for what they were owed, they broke the barrier and became role models for other young women. 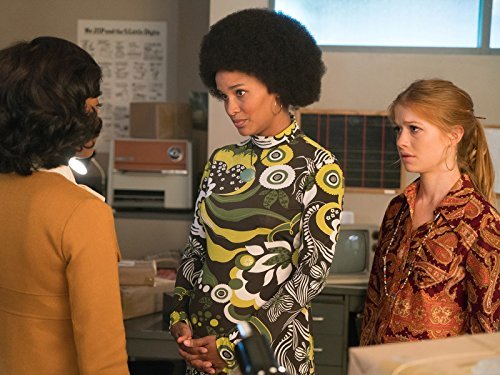 Eleanor Holmes Norton (the lawyer) is the only main African-American character, but these publications where pretty white at the time (and still are, ehem).

Through the fictional characters of sassy Patti Robinson (played by Genevieve Angelson), timid Cindy Reston (played by Erin Darke), and straight-laced Jane Hollander (played by Anna Camp), the story of the actual Newsweek women is told with subtlety and humor. Injecting a touch of gravitas are the real-life characters of Eleanor Holmes Norton (Joy Bryant), the ACLU lawyer who took on their case, and writer Nora Ephron (Grace Gummer), who quit Newsweek early on and didn’t actually participate in the lawsuit. Even the male characters fill out the show nicely, not merely as chauvinist jerks (OK, Jim Belushi’s publisher is an asshole), but as products of the times, who seem honestly surprised that it’s a problem to treat women differently than men. Good Girls Revolt isn’t perfect, but the series gives a relatively nuanced look at women slowly earning some equality in the workplace. 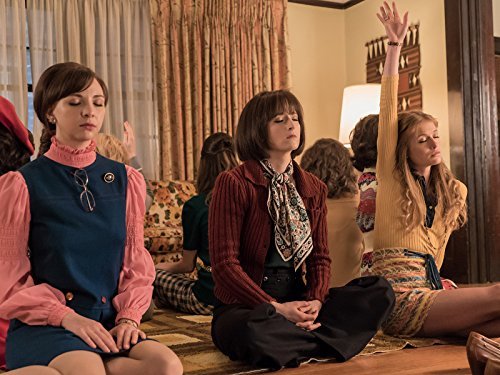 Have you watched Good Girls Revolt on Amazon? Remind you of any work experiences?