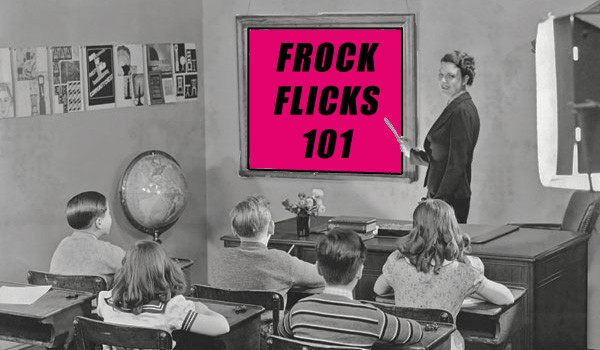 We get new readers all the time, especially during Snark Week. YAY!!! But that means we have to catch y’all up on some of the basic stuff we bitch about as being big no-nos in movie and TV historical costumes. Some of these are pet peeves, some are massive historical inaccuracies. We run the gamut — after all, we’ve been writing this blog since 2014 and each of us have been studying and creating historical costumes most of our lives, so there’s plenty for us to snark.

A cheatsheet you can start with is the Bad Costume Bingo card we designed for Snark Week. Yep, it’s an actual PDF you can print out and see if you can get “BINGO” by catching five things across while watching a costume drama. We’ll try to explain the less-obvious items on the card here, along with whatever else we think should be common Frock Flick knowledge.

Think of this as your 101 introductory class at Frock Flick University — click through these links to start your education!

Hairpins — Adult women’s hair should be styled up and not hanging free most of the time before the 20th century. We fear there is a Great Bobby Pin Shortage effecting filmmakers.

Bangs — Foreheads were fashionable, thick straight bangs were not, until rather recently. We checked.

Side-parts — Not super-common on women pre-20th century, despite what some recent TV productions would have you think.

Head necklaces — That’s our term for the not-really-a-circlet-or-crown thing movies & TV love to slap on top of women’s heads randomly. There’s only a select few times during history they were worn, and they didn’t look like what most frock flicks use.

Unfortunate biggins — A mostly medieval and renaissance head covering that is widely abused on-screen, such that it has become truly unfortunate.

Unnecessary lacing — Historical people weren’t dumb, and they only used as much lacing as required to get in and out of a garment, especially if they were poor.

18th-century back-lacing — Most women’s gowns in the 18th century opened in the front, so they did not have back-lacing at all.

18th-century buttons — Even buttons were a legit option for closing a woman’s garment in the 18th century.

Corset chafing — It’s historically accurate, more comfortable, and helps your corset last longer if you wear a smock / chemise / SOMETHING between the corset and your skin. Trust us.

Anachronistic corsets — Corsets / stays / a pair of bodies / stiffened undergarments have been worn by women in many time periods, yet movies & TV love to use one or two styles for every possible era.

Too much cleavage — Sure, sex sells, but in most historical eras, the boobs were covered. Hence our phrase, “I don’t care if it’s historically accurate, I just want my tits out.”

A Bunch of Problems Movies & TV Have With Historical Clothing

Skirt-hiking — Not the worst inaccuracy, but dumb and annoying. Just stop it!

16th-century boots not shoes indoors — Gentlemen could afford to have boots for riding, and nice shoes to wear indoors at court.

16th-century ruffs don’t float — This item of neckwear should be attached to a garment because it’s not a necklace.

18th-century men lace bibs — Men’s neckwear was a little complicated in the 18th century, but movies & TV need to stop simplifying it to shitty bibs.

Tartan & kilts & Outlander — Everything you ever wanted to know about when Scottish tartan and kilts were used historically in fashion and how well Outlander did.

This isn’t everything we’ve ever said, but it’s what we have articles about at this moment. As we write more, we’ll add another class list!