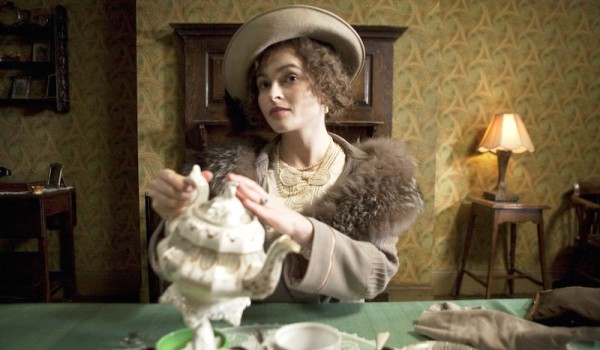 Here’s my post about medieval English queens and about Renaissance through 19th century English/British queens. Onwards!

Daughter of Christian IX of Denmark, she married the future Edward VII. She was incredibly fashionable and a real style setter. She wasn’t given any political powers, so was mostly focused on her children and charitable works. 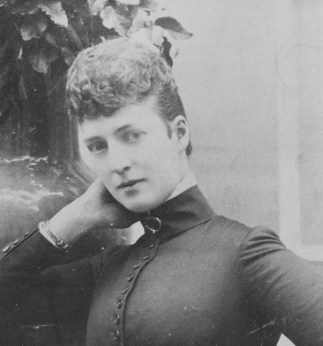 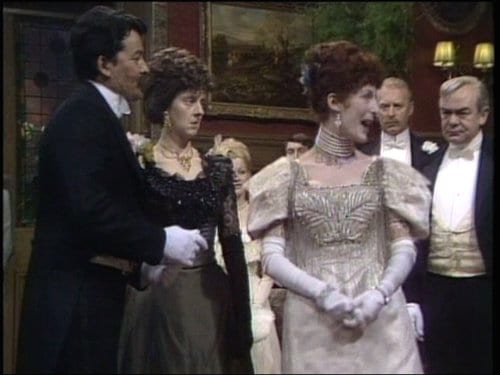 Helen Ryan in Edward the Seventh (1975). I really want to watch this, despite crappy videography, because they got Alexandra SPOT ON. 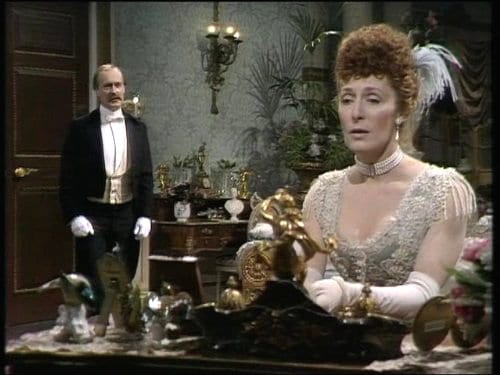 DAMN they got her hair right! 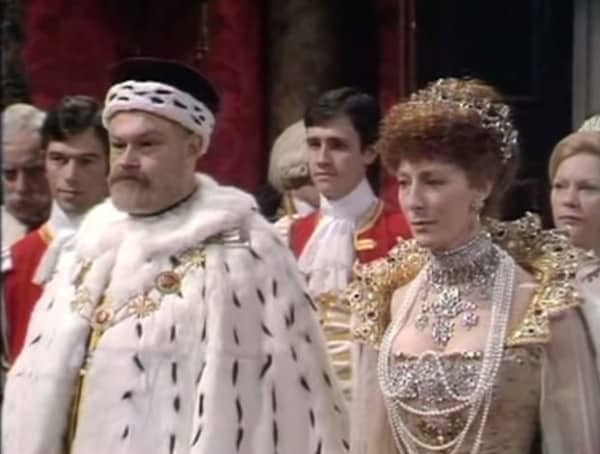 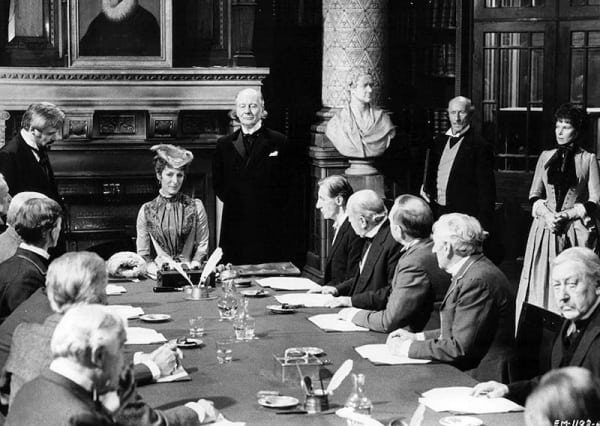 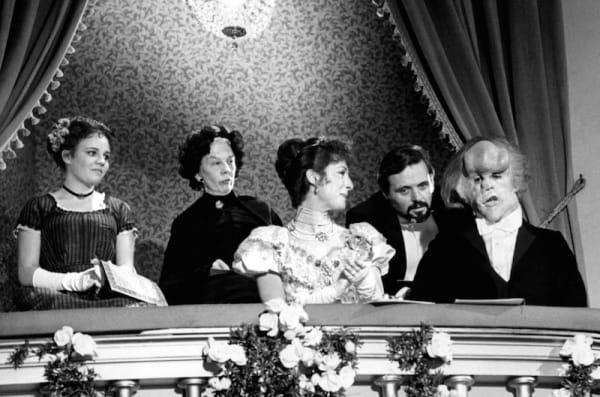 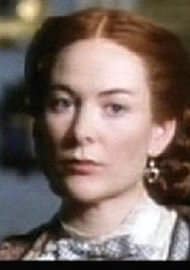 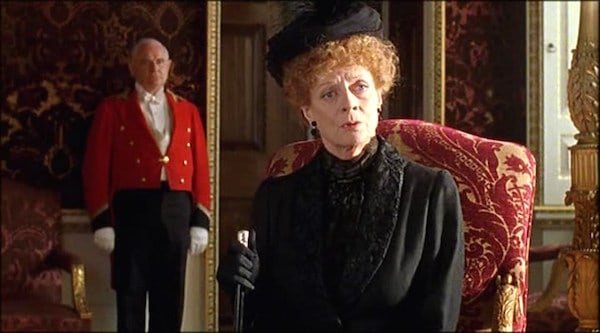 She was played by Julia Blake in Passion (1999), but I can’t find any photos. 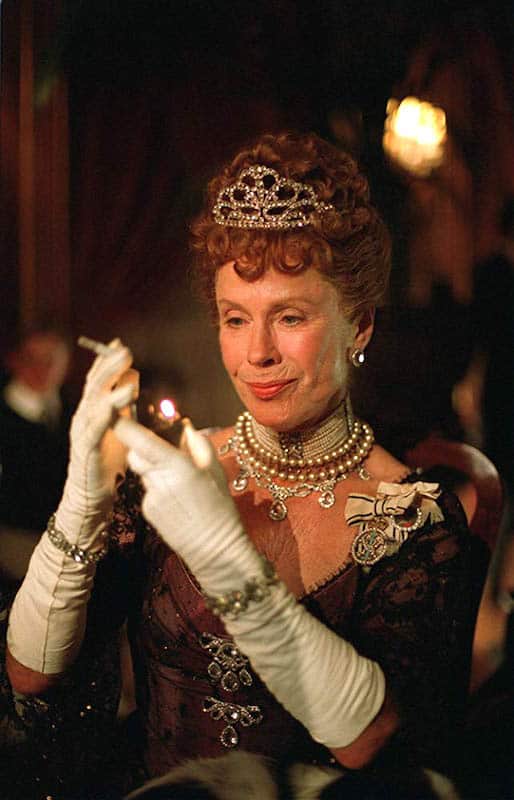 Bibi Andersson in The Lost Prince (2003). I liked this portrayal a lot, especially the wardrobe, although they missed the fact that Alexandra was mostly deaf by this point in her life.

Born and raised in England, although her father was the Duke of Teck; her mother was Princess Mary Adelaide of Cambridge, granddaughter of George III. She was married to the future George V, and was mostly notable for supporting her husband through World War I, ill health, and major political changes. 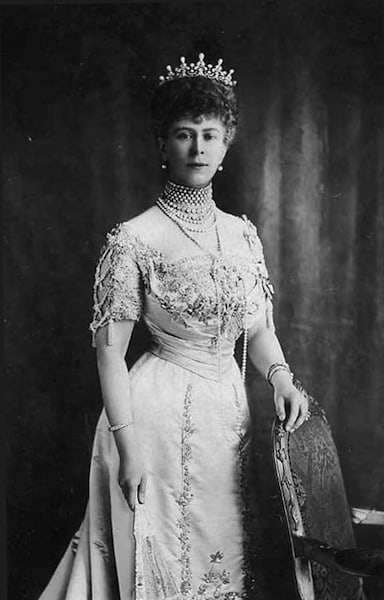 Mary of Teck, queen of the United Kingdom, 1911, via Wikimedia Commons. 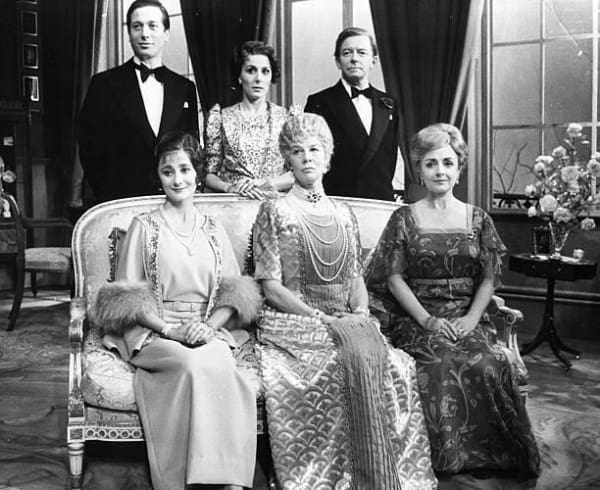 She was played by Rebecca Slater in Edward the Seventh (1975), but I can’t find any pics. 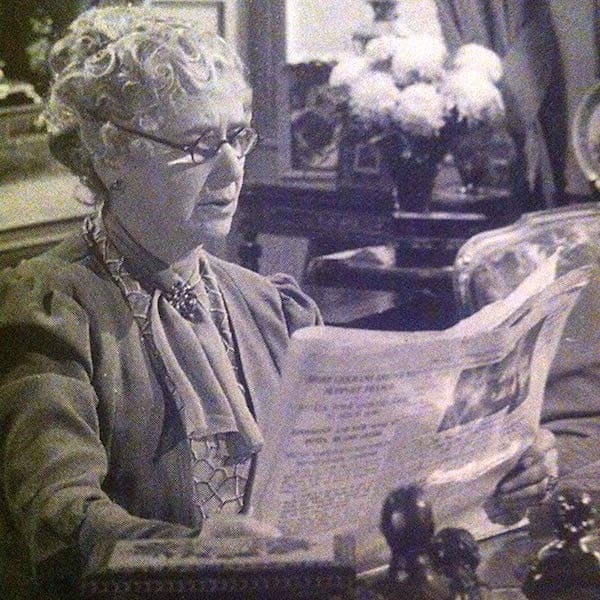 Phyllis Calvert played her in The Woman He Loved (1988), but I can’t find any pics.

Eileen Atkins in Bertie and Elizabeth (2002). I had to include this tiny pic for the great side-eye. 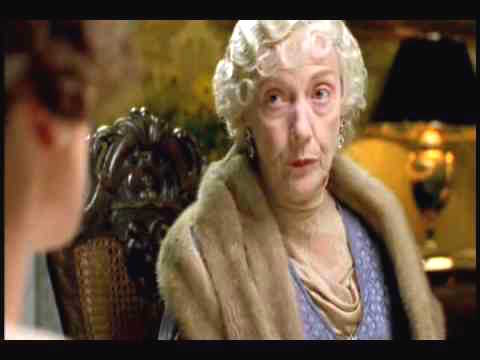 Miranda Richardson in The Lost Prince (2003). 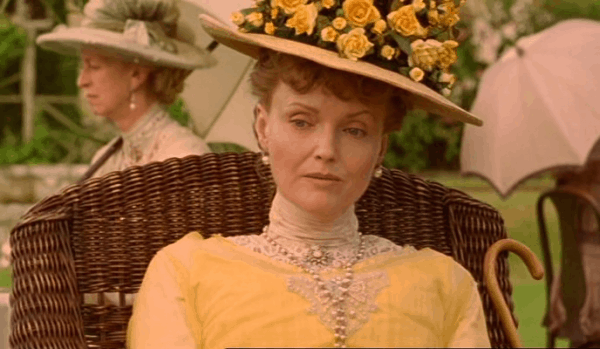 Really fabulous Edwardian costumes in this! 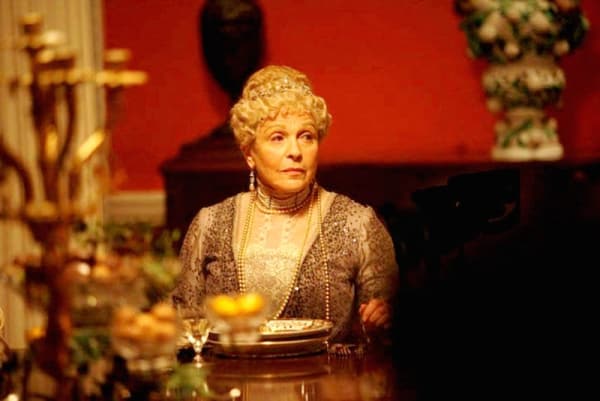 Claire Bloom in The King’s Speech (2010). Their costumes/hair for Queen Mary were a major highlight of this film for me.

Judy Parfitt in W.E. (2011). Not a terribly successful movie, but the costumes are To Die For.

Valerie Dane has an uncredited part as Mary in Downton Abbey (2010-15) — maybe in the court presentation scene? 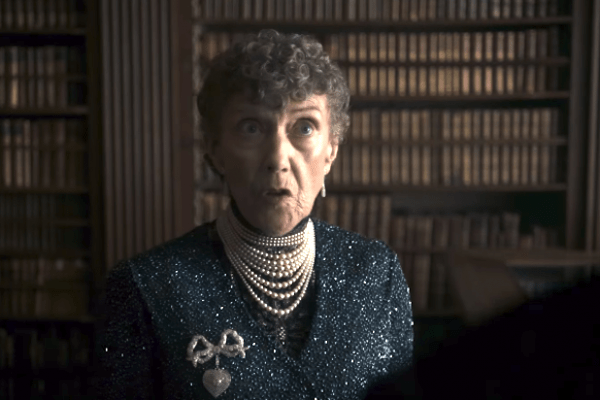 Daughter of Claude Bowes-Lyon, Lord Glamis (later the 14th Earl of Strathmore and Kinghorne in Scotland), she married the future George VI (who took over as king after his elder brother, Edward VIII, abdicated to marry Wallis Simpson). She was a major inspirational figure during World War II, and the matriarch of the British royal family until her death at age 101. 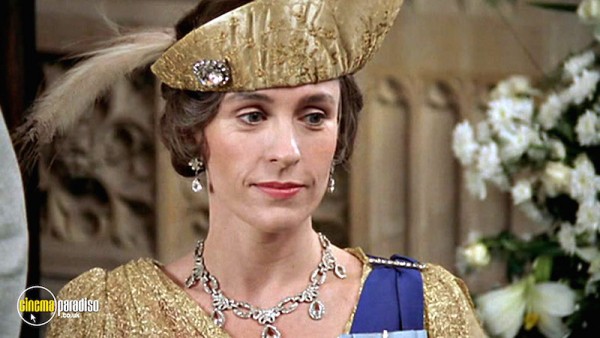 Played by Juliet Aubrey in Bertie and Elizabeth (2002). 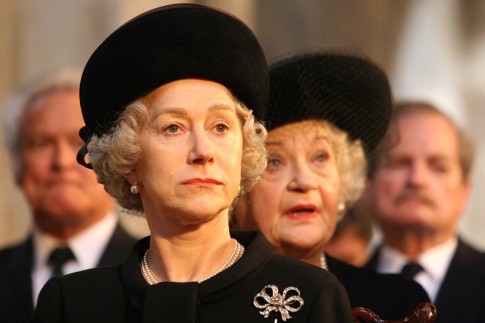 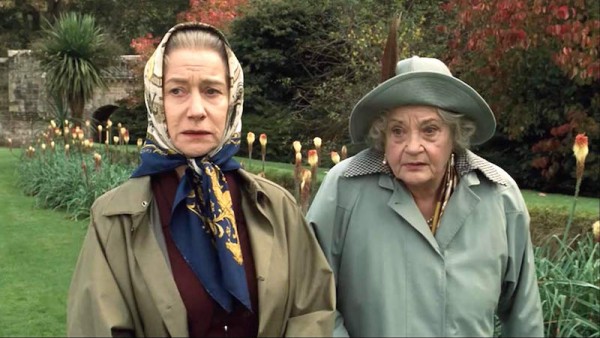 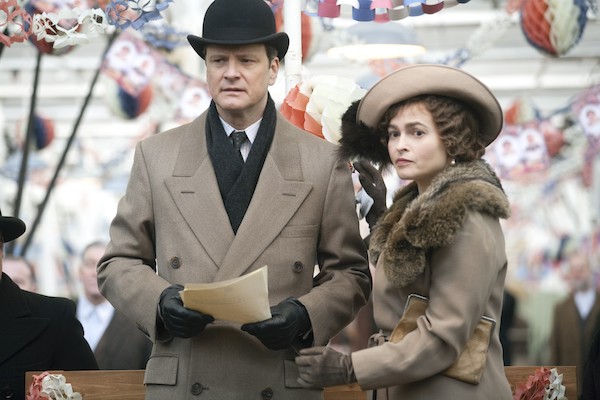 Helena Bonham Carter in The King’s Speech (2010). It was nice to see Elizabeth with some actual personality in this film! 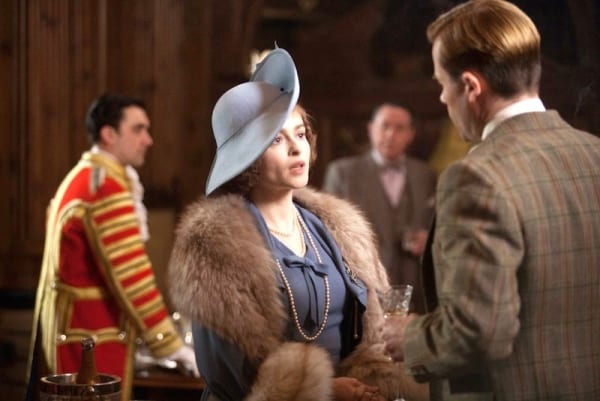 Just Perfect, from the hat to the fur. 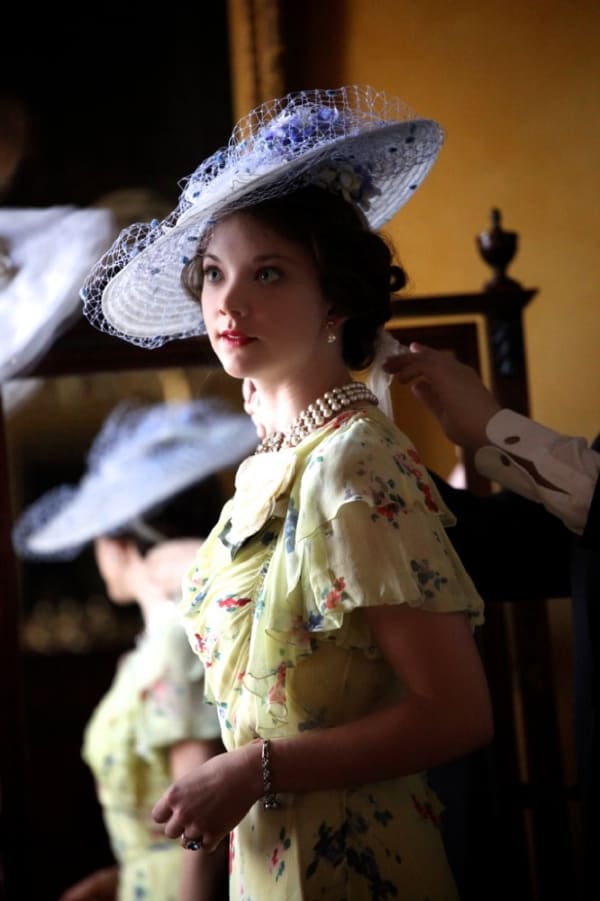 Natalie Dormer in W.E. (2011). A rare young and semi-glamourous portrayal of Elizabeth! 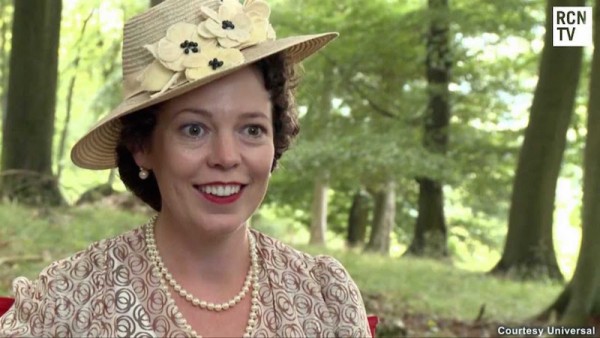 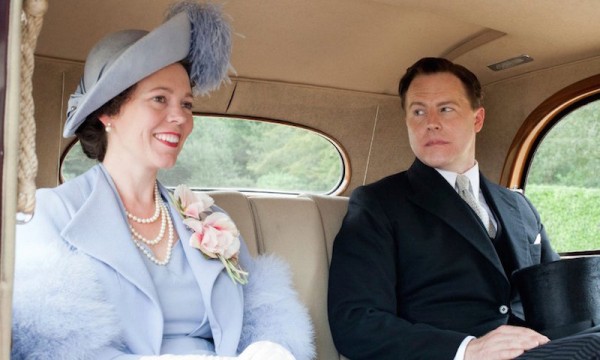