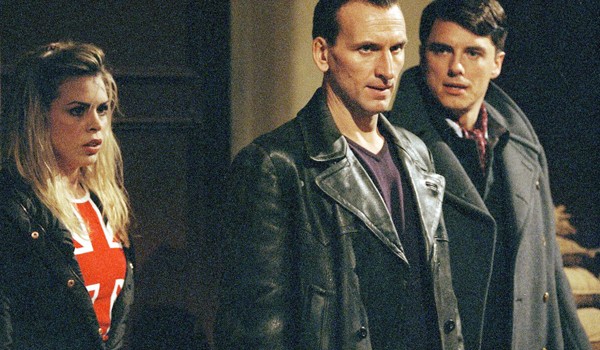 Over 50 years ago, the beloved British science-fiction/fantasy TV show Doctor Who started out with a goal of teaching children about history and science. The curmudgeonly, mysterious time traveler practically kidnapped his granddaughter’s two teachers and took them on adventures through time and space. The BBC intended this family show to be at least partially educational, and the first Doctor and his companions visited Marco Polo, the Aztecs, the French revolution, the reign of Nero, Palestine during the Third Crusade, the St. Bartholomew’s Eve Massacre, and the Gunfight at the O.K. Corral. Every Doctor since then had his fair share of trips back along the Earth timeline to explore specific moments in our history when, coincidentally there often happens to be some unusual alien activity happening.

Since the series started up again in 2005, it’s continued the tradition of revisiting Earth’s past, although this got off to a slow start with the Ninth Doctor. The historicals increased with number Ten, and then went gang-busters with Doctor Eleven. We’ve just started into the Twelfth Doctor’s reign, so who knows what this holds.

Here is part one of our complete guide to Doctor Who historical episodes in the New Who Era, focusing on the attempts at historical costuming…

The first season of the reboot gave us a trip back in time in the third episode, titled “The Unquiet Dead.” This story was set in 1869, around Christmas, and in Cardiff, Wales. Filming took place in Swansea and Monmouth, Wales, since those lovely towns had more Victorian buildings left. The ep centers around Charles Dickens as played by Simon Callow — who has been in everything from Amadeus to Shakespeare in Love to Outlander.

While the Victorian setting looks quite nice, the Doctor’s companion Rose dresses like a Dickens Fair prostitute to tromp around with him (no offense to DickFair prostitutes, some of my best friends are DickFair prostitutes). She’s wearing some kind of sparkly strapless bodice and a bustled skirt with a little cape that slightly covers her boobs. And I think she’s wearing Pleaser Bordello Whimsey boots. Yeah, she’s a time-traveler, but does she have to look like a ho? See, even before she gets all ‘shippy with the Doctor, I have a reason to dislike Rose. Meh. 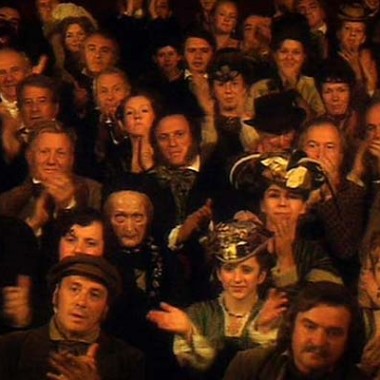 Crowd scene from “The Unquiet Dead” 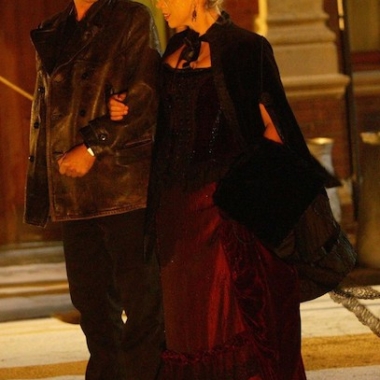 The Doctor & Rose, street-walking, in “The Unquiet Dead”

The other historical episode by #9 is the two-parter of “The Empty Child” and “The Doctor Dances.” This one is set in 1941 London during the Blitz, and it introduces everybody’s favorite pansexual time agent, Jack Harness. We get a lot of World War II uniforms, nurse’s outfits, wartime austerity, and gas masks on children crying “Are you my mummy?” The only costumes of note aren’t terribly historically accurate — the intro shows a jazz club without much in the way in ’40s style (the singer’s silver gown looks a bit Ross-Dress-for-Less), and then we get Rose hanging from a balloon wearing a Union Jack T-shirt. At least there’s Captain Jack! Oh captain, my captain.

It’s worth noting that Jack’s first appearance hints at his soon-to-be iconic wardrobe. He wears an RAF Group Captain uniform and greatcoat in this episode, but in his next few Doctor Who appearances, his outfits change up. When Torchwood begins, the designers realize that Jack really looks best in the World War II style, so they bring back the coat and other elements, although each piece is slightly reworked to be lighter, more fluid, and also more form-fitting. He’s definitely not wearing vintage gear. 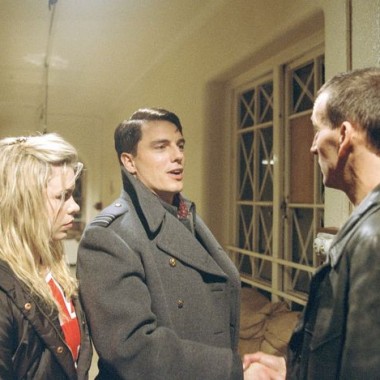 Rose, Jack, & the Doctor in “The Empty Child / The Doctor Dances” 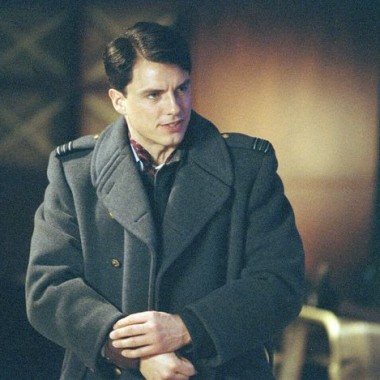 Captain Jack in his trademark greatcoat 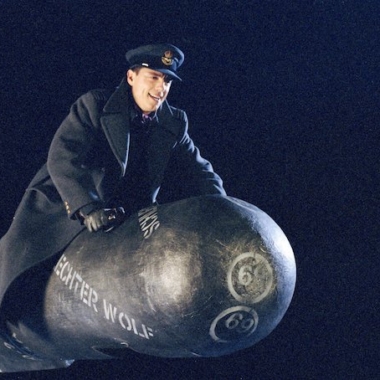 OK, technically, the Ninth Doctor episode “Father’s Day” goes back in Earth time to 1987. And while that is an amazingly good ep (if you don’t cry, you probably have a lump of coal where your heart is supposed to be), I refuse to consider the year when I graduated from high school as a period piece.

Up next, David Tennant’s trips to Victorian England, 18th-century France, Pompeii, and more!