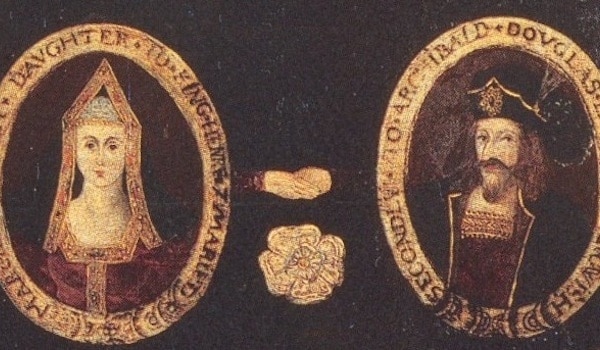 Our occasional series about history’s most interesting people who have been overlooked by Hollywood. See also our articles about scientists, queer people, writers, artists, Renaissance women, Medieval women, 18th-century people, pirate women, and journalists who need movies made about them. We’ve also also nominated Rose Bertin and several of Henry VIII’s wives for specific screen treatment.

Maybe instead of making yet another Henry VII and His Six Wives, you could consider putting one of these three fascinating women into your productions:

Margaret Douglas (1515-78) was the daughter of Henry VIII’s sister, Margaret, Queen of Scotland (who we’ll discuss further in a minute). She was, therefore, the king’s niece and frequently was in line for the succession. She lived with various key people in the Tudor world — first Cardinal Wolsey, then was brought up with the future Queen Mary I. But there’s much more to Margaret than just hanging around: there’s drama! 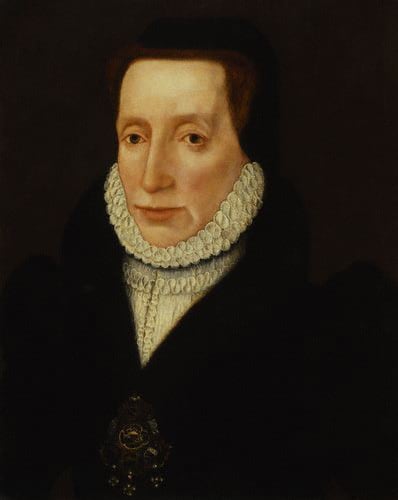 First, she secretly married Anne Boleyn‘s uncle, Lord Thomas Howard. And it was true wuv, too, with many shmoopy letters surviving! Just as Henry was ditching Anne, and declaring his two daughters (Mary and Elizabeth) bastards, thus placing Margaret very close to the throne, he found out. Furious, Henry threw both Margaret and Thomas into the Tower of London, and Thomas died there. Margaret fell ill, with the strong possibility that her “illness” was actually a pregnancy. A few years later, Margaret fell into disgrace again after having an affair with Sir Charles Howard, a relative of Thomas’.

Margaret finally married the Scottish Matthew Stewart, Earl of Lennox, and their son was Henry, Lord Darnley — future husband of Mary Queen of Scots. Margaret was involved in getting the two hitched, and later in life would care for her other son’s daughter, Arbella…

As far as I can tell, Margaret Douglas hasn’t EVER made it to screen. What the frock, Hollywood? You’ve got illicit marriages and affairs undertaken by a woman close to the throne, who later gets involved in the marriage of the key rival to Elizabeth I. How is this not binge-worthy?

Arbella Stuart (1575-1615) was the granddaughter of Margaret Douglas, by Douglas’s second son, Charles. She was therefore a great-great-granddaughter of Henry VIII, and often regarded as one of THE main possibilities to succeed the childless Elizabeth I. 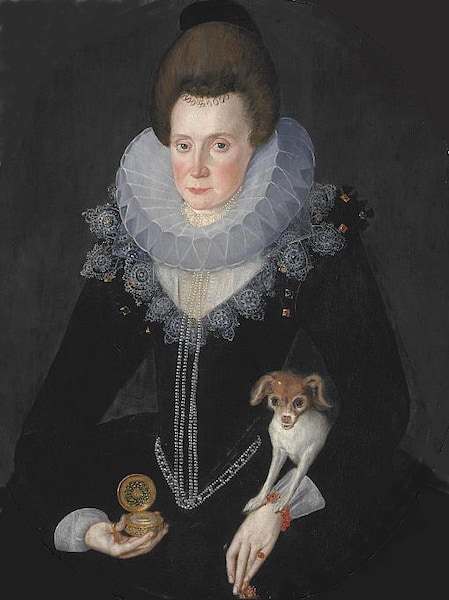 Because of her key position, Arbella was raised in semi-isolation by her grandmother, the legendary Bess of Hardwick (both Arbella’s parents were dead), although she occasionally went to court. She was seen as the main contender for the throne against James VI of Scotland, and was the unwilling figurehead of a rebellion against James after he came to the English throne as James I of England.

However, Arbella wasn’t just well-positioned in Tudor society. Multiple marriage options having never panned out, Arbella secretly married William Seymour, the future Duke of Somerset. When King James I found out, he suspected she was hoping to take the throne. Both were imprisoned in separate locations and hatched a plot to run away together to France. Arbella dressed as a man and snuck to the meeting point, but William wasn’t there, so Arbella delayed and delayed her ship. Finally, she embarked, only to be caught just before reaching Calais; meanwhile, William had caught another ship and made it to France. Arbella was forced to return to England, imprisoned, and starved herself to death in the Tower of London.

There appears to be only ONE pathetic little attempt to put Arbella on film: the 1972 BBC miniseries about Arbella’s grandmother Bess, called Mistress of Hardwick. But this show is old enough and piddly enough that this is all the evidence I can find: 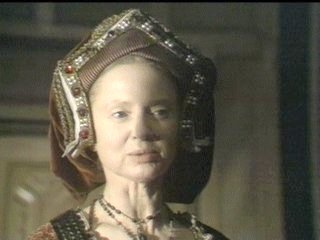 This is Hilary Mason, who plays Bess of Hardwick.

You’ve got the young contender for the throne, held in isolation! And then the drama of the secret marriage and star-crossed escape attempt! What about this is not MADE for the big screen??

Okay, this is the one that kills me. Margaret Tudor (1489-1541) was HENRY VIII’S SISTER. Even more than that, she became the QUEEN OF SCOTLAND. And when she remarried after her husband’s death, she found out her new hubby was cheating on her and so she DIVORCED HIS ASS and married another. HOW IS THIS NOT MADE FOR A BIG-BUDGET PRODUCTION??!! 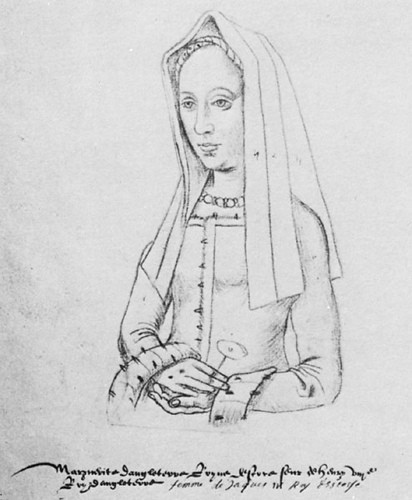 Margaret was Henry VII’s second child, after Arthur, Prince of Wales. Although The Spanish Princess doesn’t seem to get the whole concept of dynastic marriage, her father started thinking about a Scottish match for Margaret around her sixth birthday; she did indeed marry James IV of Scotland, becoming queen, when she was 14.

Margaret and James had six children, although only one survived: the future James V of Scotland (father of Mary Queen of Scots). When her husband James died in a battle with England, Margaret took over as regent for her son. She secretly remarried, to Archibald Douglas, Earl of Angus, thus pissing off the rest of the Scottish nobility. The terms of her husband’s will meant that she was then booted from the regency, and when the new regent got a hold of her children, Margaret fled to England, and there gave birth to daughter Margaret Douglas (above), while husband Angus ditched her to return to Scotland. She spent a year at Henry VIII’s court, then returned to Scotland, only to have her suspicions about her husband confirmed when she discovered he was having an affair. She led a coup to regain the Scottish regency, and when her husband tried to assert his right to attend Parliament, she had cannons fired on him. GO GIRL! 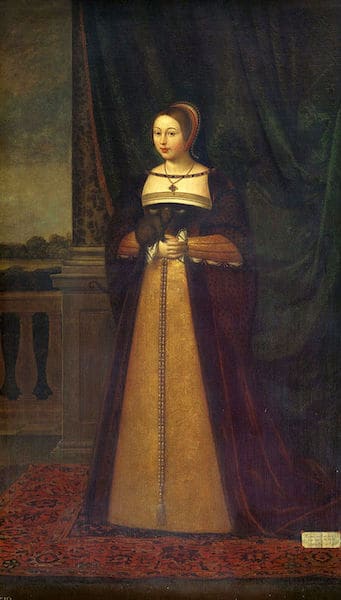 When the pope finally granted Margaret a petition of divorce (which, ironically, her brother Henry VIII opposed; however, it’s an excellent example of how royal divorces usually worked, thus explaining some of Henry’s frustration when he couldn’t get the same deal), she remarried yet again, this time to Henry Stewart, Lord Methven. However, he too turned out to be a wanker, so Margaret tried to divorce him, but died before she could see that through.

It kills me that Margaret has only made it to screen in three and a half very piddly attempts:

As a young girl, in the BBC miniseries The Shadow of the Tower (1972). 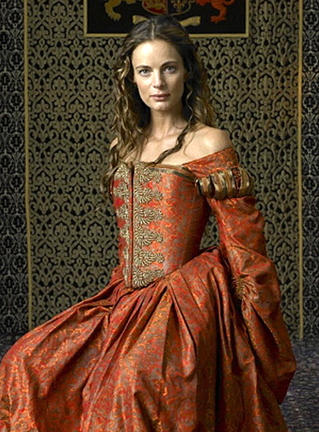 In The Tudors, “Margaret” is a composite of the real Margaret and her younger sister, Mary, although I’d argue her storyline much more favors Mary’s life than Margarets. 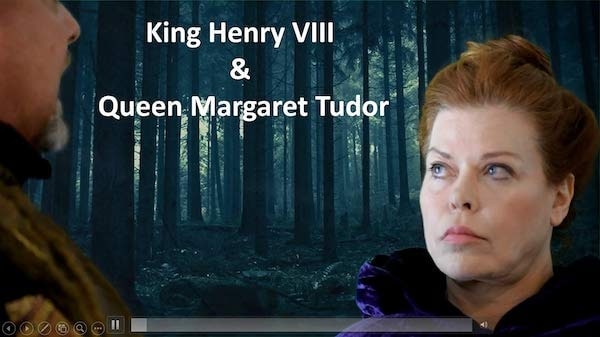 What appears to be the shittiest attempt at a documentary, called King Henry VIII & Queen Margaret Tudor (2017), in which Margaret apparently is a big fan of botox and fillers. 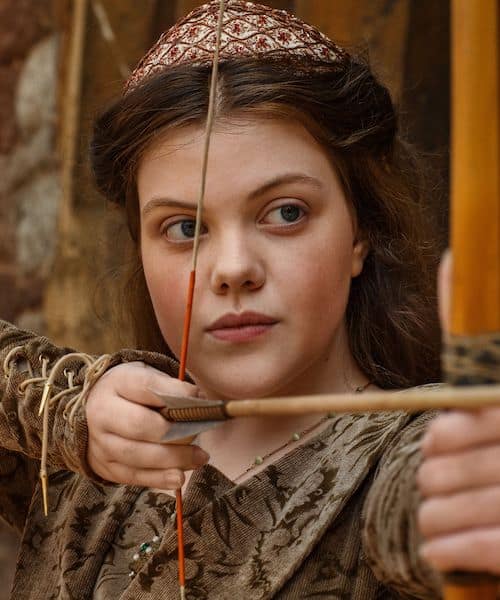 And as the dumpily dressed, has-no-idea-how-political-marriage-works sister of Arthur and Henry in The Spanish Princess (2019).

PEOPLE! QUEEN OF SCOTLAND! SHOT CANNONS AT HER DEADBEAT HUSBAND! DIVORCED HIS SORRY ASS! PUT THIS WOMAN ON FILM, STAT, OR THERE WILL BE WORDS!!!

Which other Tudors do we need to see more of on-screen?