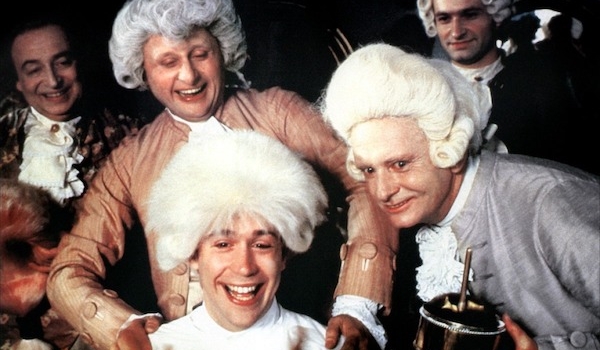 I got all excited when I thought of the idea for a Top 5 Friday post honoring our beloved fops in historical costume movies … but then I started trying to decide who would make the cut, and I just couldn’t cut them all! So I decided to make this a two-parter. Today, I’ll count down my #6 to 10, and then next week my #1 to 5.

So, let’s give it up for the ponciest, flounciest, and prissiest of characters in historical costume movies: foppish boys! 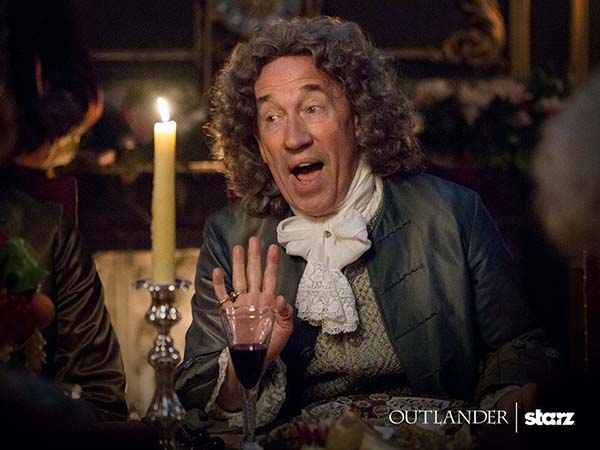 You just know he made his valet iron that cravat about 20 times.

Oh Simon Callow, you are so fabulous and SO well cast as the very gay, somewhat foppish, definitely dangerous Duke of Sandringham in Outlander. He’s not over the top or anything, he just has a particularly spiffy wardrobe and wigs that are Just So. And he’s Simon Callow, so he chews the scenery with the best of them! 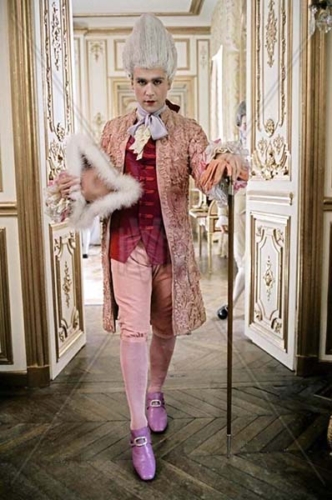 If famed hairdresser to French queen Marie-Antoinette had had a bigger role in the 2006 film Marie Antoinette, he’d probably end up higher on my list. Nonetheless, he still needs a mention for his love of pink, his “work, work, fashion, baby” walk, and his response to the Duchesse de Polignac’s pertinent question — that’s right, baby. EVERYTHING. 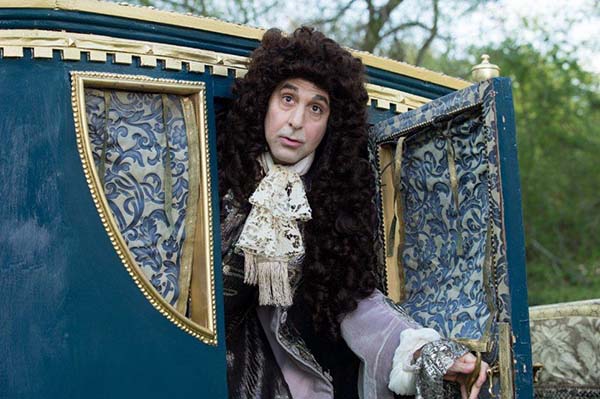 French king Louis XIV’s younger brother, Philippe d’Orléans, enjoyed the gentlemen and a good frock. Stanley Tucci plays the part beautifully in A Little Chaos, giving Orléans a touch of foppishness without going crazy. Plus, any guy in a long, full-bottomed wig is my friend. 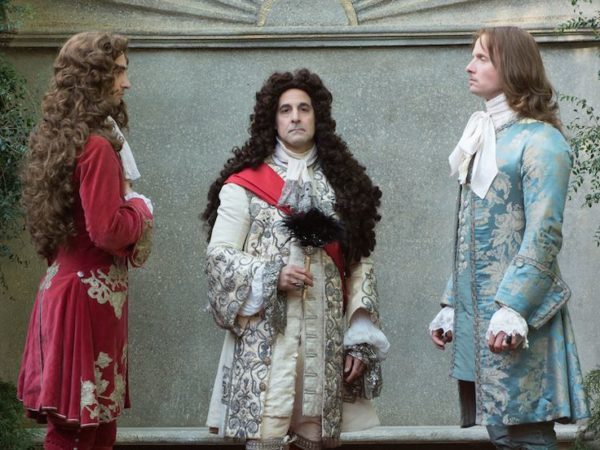 So many boys, so little time.

Also, let’s give it up for the screenwriters who came up with priceless dialogue like:

Orléans (aka Monsieur) will be a major character in the mini-series Versailles coming to U.S. screens in October, and I can’t wait to see what they do with him! 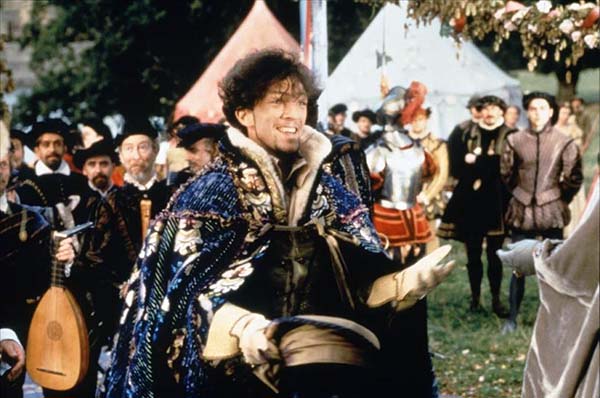 Who can resist a smarmy Frenchman?

My vague memory is that the duc d’Anjou, who came to England to court Queen Elizabeth I, was actually pretty unattractive (she called him “her Frog”) and sweet (she actually quite liked him). Nonetheless, Vincent Cassel is hilarious as the totally French duke who is convinced he’s god’s gift to the lay-deeze… 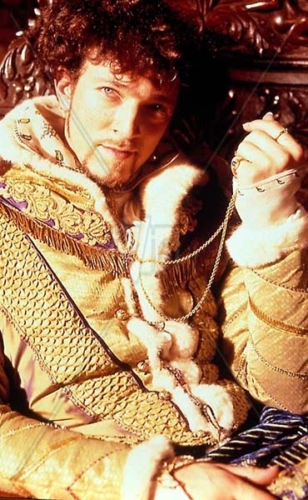 Monsieur de Foix: [in French] She is a woman, Sire. They say one thing but mean another. No one can unlock their secrets.
Duc d’Anjou: [also in French] Unless they have … a very big key [laughs loudly] Yes! A *very* big key!

…but also appreciates a good gown!

Why Robert Ferrars, younger brother of Elinor’s love interest Edward, amuses me so much I’m not sure. He’s just the proper mix of ponce, starched cravat, and toady-to-his-sister. 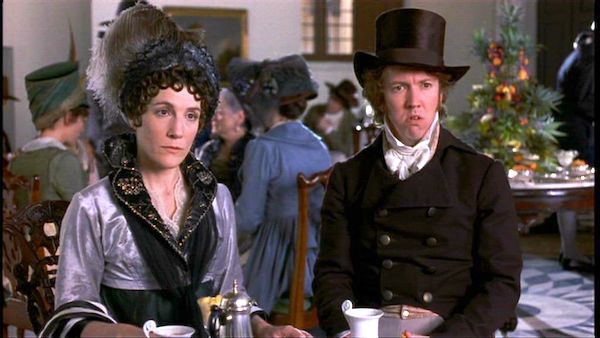 This is his “you live in a COTTAGE?” face.

Okay, it probably helps that he’s just about the oiliest “gentleman” ever:

And joins his sister Fanny in being good at making you feel small (while doing the “paw” dance): 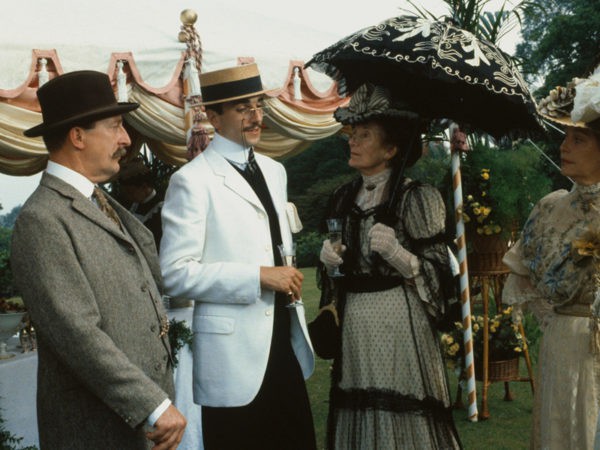 Be afraid of any guy who the elderly ladies adore.

Oh Cecil Vyse. He used to drive me CRAZY when I watched A Room With a View as a teenager, but now that I’m all growed up I can appreciate his comedic qualities. He should be your mother’s wet dream, but Lucy’s mother is smart enough to know that her daughter will come to regret marrying such a ponce. 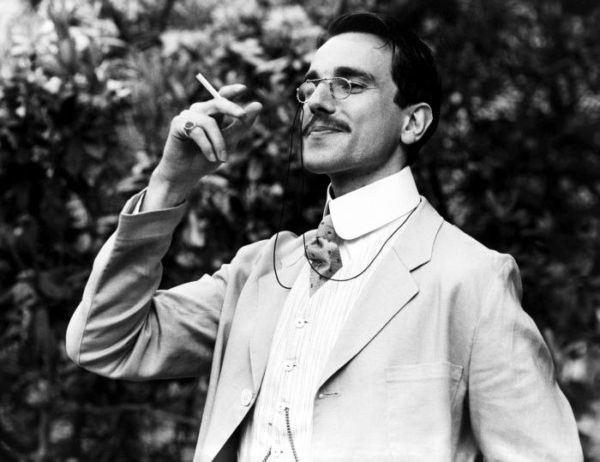 Cecil Vyse: I have no profession. My attitude — quite an indefensible one — is that as long as I am no trouble to anyone, I have the right to do as I like. It is, I dare say, an example of my decadence.

So brave in the wilds of Surrey! 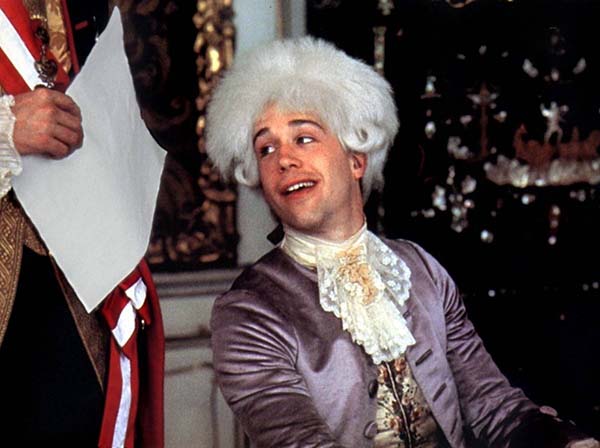 That is what I can an Heirloom Chicken Wig.

Y’all know I have my problems with this movie, but what I can’t argue with is the fabulously entertaining portrayal of Mozart. I don’t even care if it’s historically accurate, Tom Hulce is too hilarious as a poncy-yet-straight version of the musician. I mean, he just wants to wear silly wigs and have a great time! 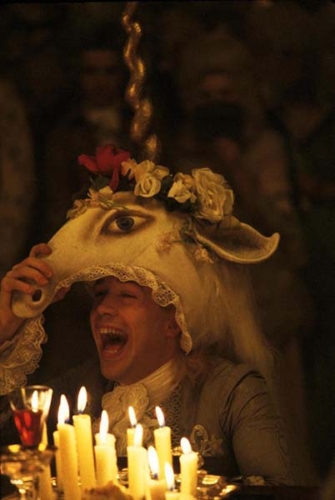 What do you think of the first part of my Fop Fiesta? Who do you hope will make the next part of the list? Stay tuned next Friday for #1-5!