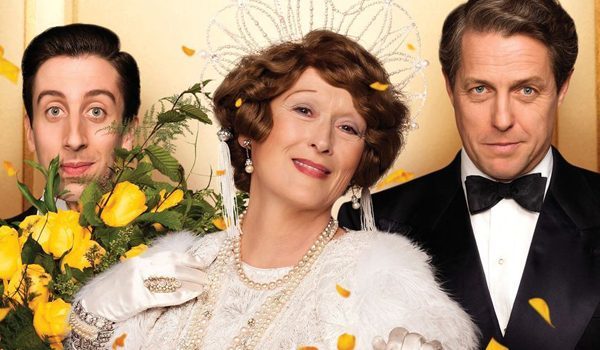 We’ve been remiss in discussing the 2016 Oscar pics and for good reason — there isn’t much historical costume goodness in ’em! Nominated for the Academy Award in Best Costume Design this time, we have Joanna Johnston for Allied, set during World War II; Colleen Atwood for Fantastic Beasts and Where to Find Them, set in the 1920s + Harry Potter’s fantasy Wizarding World; Madeline Fontaine for Jackie, set in the 1960s; and Mary Zophres, for La La Land, set in a stylized present day. That leaves us with Consolata Boyle, nominated for Florence Foster Jenkins (2016), set in the 1940s but because the title character is entirely outrageous, the costumes give us something to look at. I could have made a case for Atwood and Fantastic Beasts, but the historical element was awfully subtle and the fantasy was much stronger. So let’s go for 1940s flamboyance. 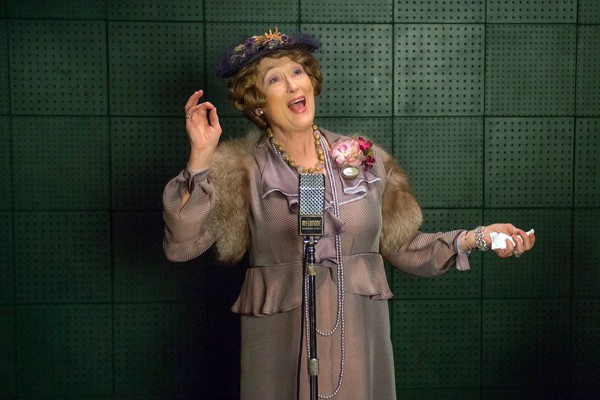 The film tells the story of an aging, deluded socialite who thinks she can sing. The real Jenkins could play piano quite well, but all agreed she had a terrible soprano voice and seemed to purposefully perform music beyond her vocal ability. She may well have understood her own limitations, and while she enjoyed performing, she tried to keep it to private events. It was only the fabled Carnegie Hall concert at the end of her life that was open to general admission. 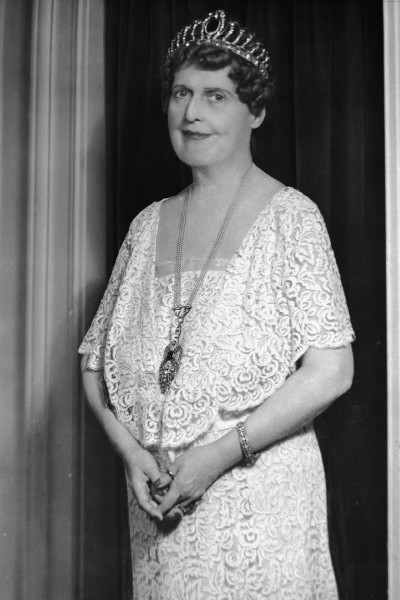 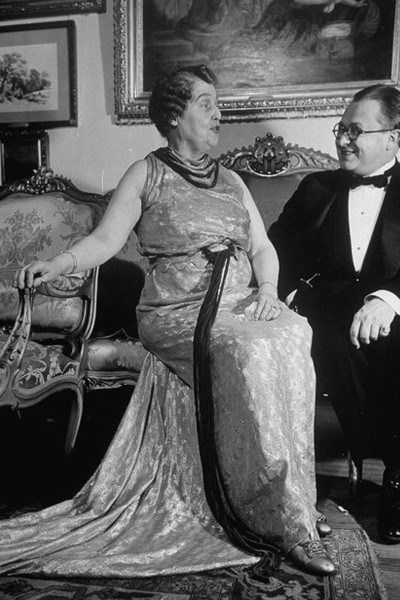 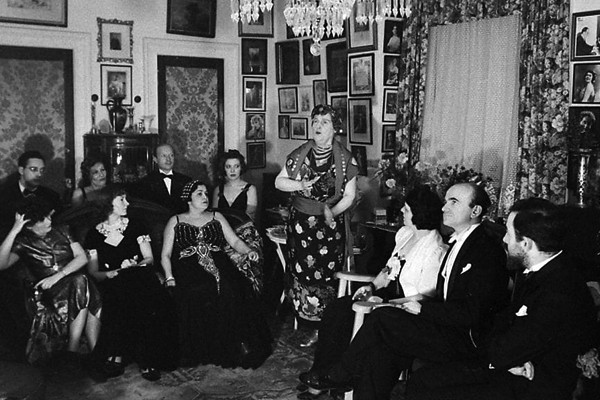 To play Jenkins, Meryl Streep not only had to sing poorly, she had to wear padding to look more matronly. Then Consolata Boyle (who has worked on countless historical films) designed costumes for this larger figure. I feel like sometimes she made Jenkins look a little more dowdy than the woman looked in real life, but more often than not, the style fits the character. In an interview with the Telegraph, Boyle explains her reasoning:

“Jenkins’ extraordinary eccentricities and her coterie were a very particular thing; she lived and thrived in a very sealed off world. She dressed the same as she had as a girl, before the various tragedies and darknesses affected her life. Her costumes were like her childhood dressing-up outfits, so everything was in very childish colours. … She was a supreme performer, so her clothes were gorgeously outrageous. They were high camp but with a softness so she drew people in. And she had no embarrassment about how she looked.” 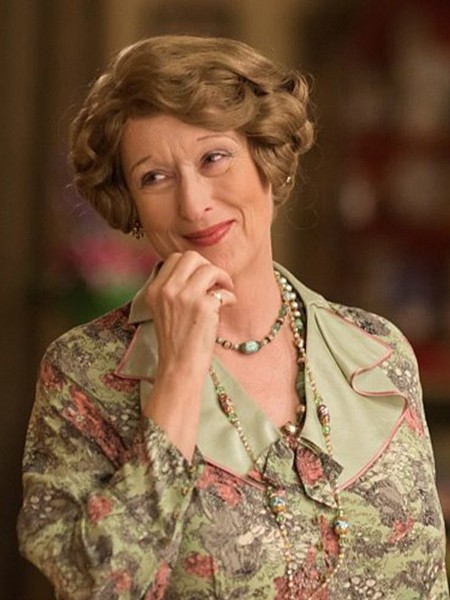 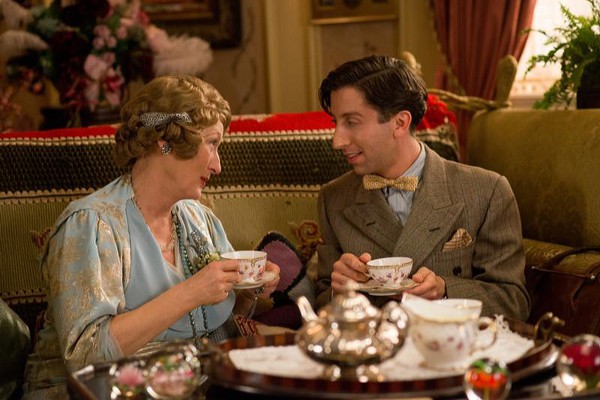 That innocence and vivaciousness is conveyed through elements like the ruffles Jenkins often wears as well as the colors. In a Deadline interview, Boyle elaborated:

“The color palette that we used is very specific, to give that lovely sort of pastel, and lightness of touch — which was a way to create her story, but also an overall visual approach to the film. The color was incredibly important for me; the fabrics are incredibly important. The fabrics that would’ve been available at that time and the sort of fabrics that she used in her performance outfit, every single nuance of her accessories and her hats, all of those things I’m sure were so important to women in that period. Every single thing has to be right and just on the button, so that then there’s no area of doubt. We were all working together and singing off the same hymn sheet. That was our plan.” 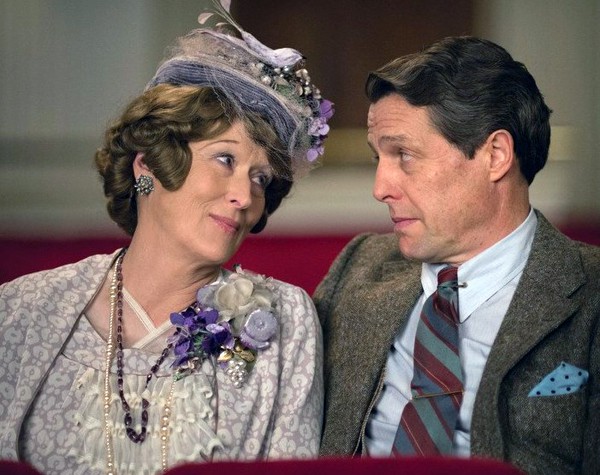 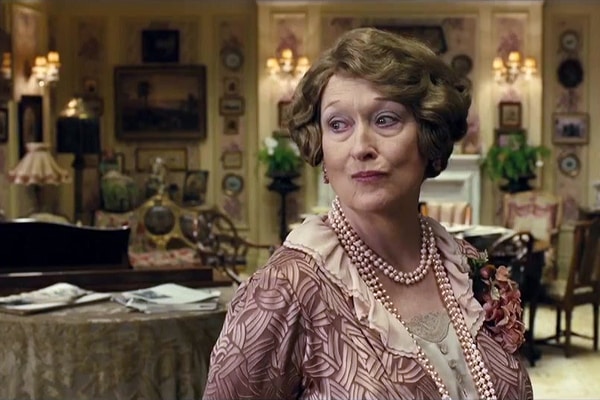 Another thing that stands out is Florence Foster Jenkins’ stage costumes. As a performer, she had an aesthetic that was as well defined as her voice, and there’s plenty of firsthand documentation. Boyle talked to Indiewire about creating these outfits:

“The performance costumes had a very specific aesthetic. They were overblown and a lot of her clothes she would’ve made herself or her friends made, so there was an amateurish feeling about them. But then also the way she dressed in her daily life had that quality of being childish and over-decorative.” 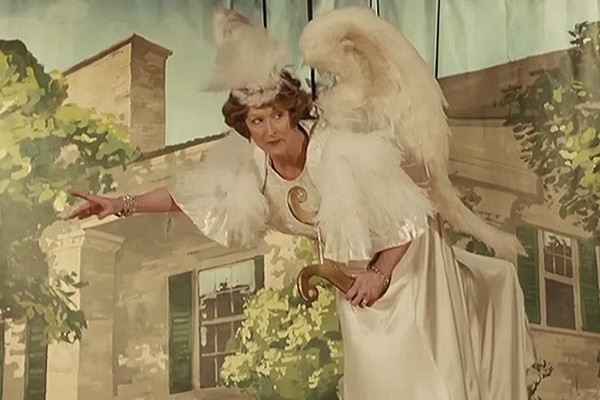 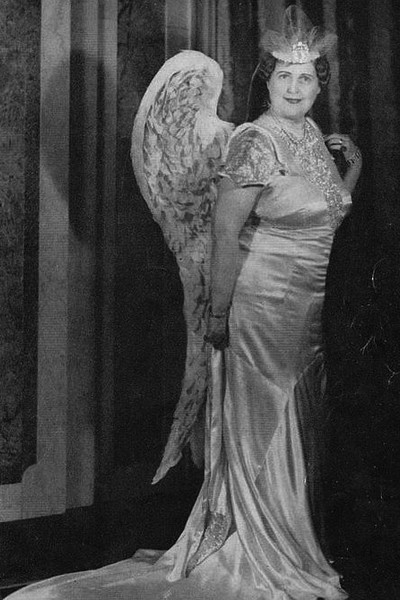 The actual Florence Foster Jenkins in her Angel of Inspiration costume. 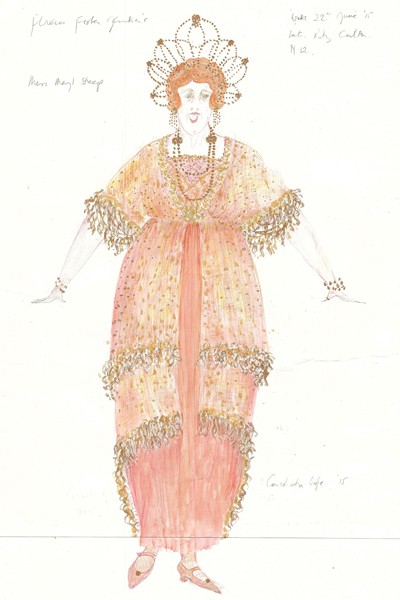 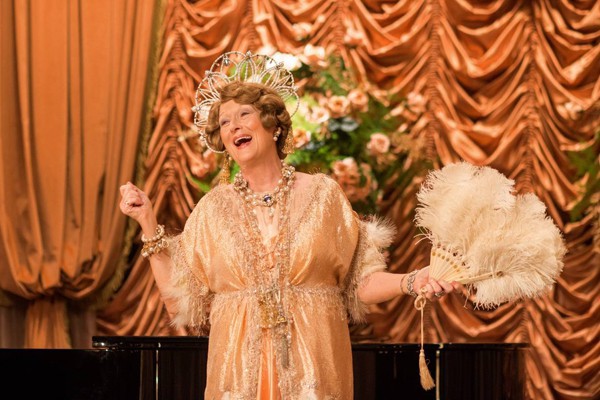 Speaking of the final costume for the Carnegie Hall performance, she says:

“The costume that I decided on was an amalgam of what she had worn up to that point and is a work of the imagination as well: Spanish and Indian with silver and gold and a lot of iridescent surfaces and glitter. She loved things that moved and waved.” 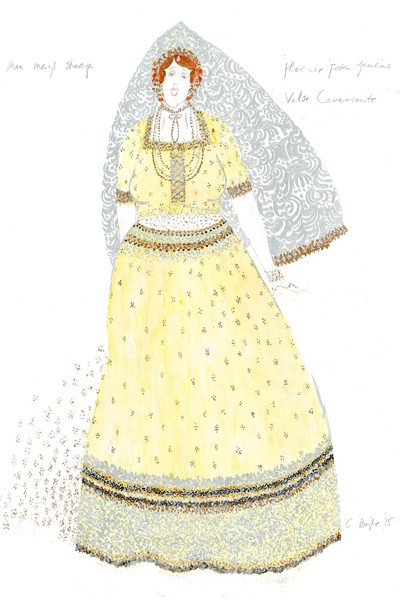 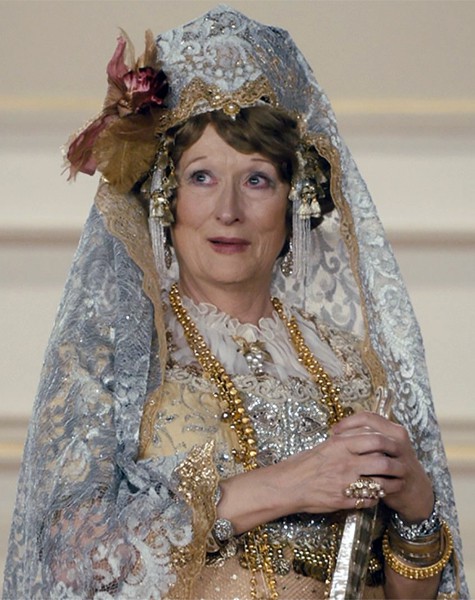 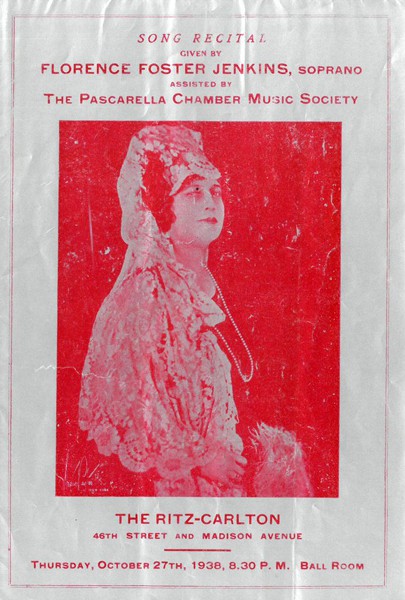 Program for a 1938 Florence Foster Jenkins performance, via the New York Public Library.

Meryl Streep is also up for a Best Actress Oscar for her performance in this film, but she’s been nominated 8,642 times at this point, so who knows it she’s a shoe-in or it’s just a requirement that she get a nod. Anyway, I’m rooting for Consolata Boyle because she did excellent work that truly stood out from the field of this year’s nominees.

Will you be watching the Oscars this year?