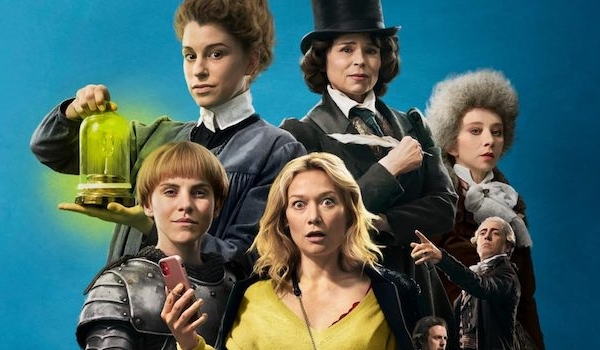 Flashback (2021) is a recent French comedy about a modern-day lawyer who successfully defends a rapist and then through various magical means is sent to various periods in time, during which she comes to understand women’s rights. It’s actually quite topical given the shitshow going on with abortion rights in the U.S. right now! While it’s definitely a broad comedy, it does a good job making its political point — that women have had to fight like hell for the basic rights men have taken for granted throughout history. And overall, the costumes were solid!

The costumes were designed by Thierry Delettre (modern-set Before Sunset, as well as Cyrano, My Love; Eiffel; and two Three Musketeers films coming in 2023). Let’s take a look at the historical costumes in chronological order (not necessarily the order they appear in the film). Note that lead character “Charlie” is often dressed in the wrong period, because she’s jumping around from era to era. 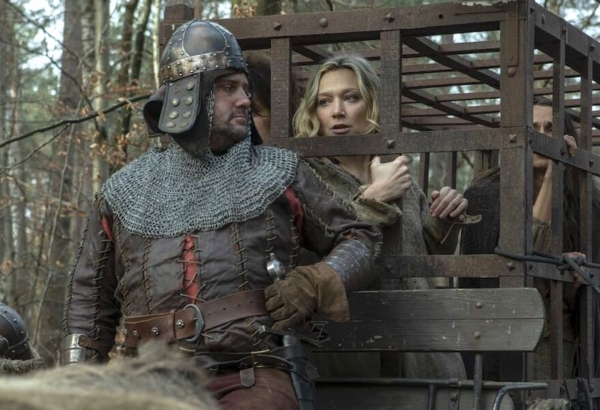 The medieval scenes are all down and dirty “dung ages,” so not much to say about them. It works here, because the film is trying to show Charlie how bad it can be. 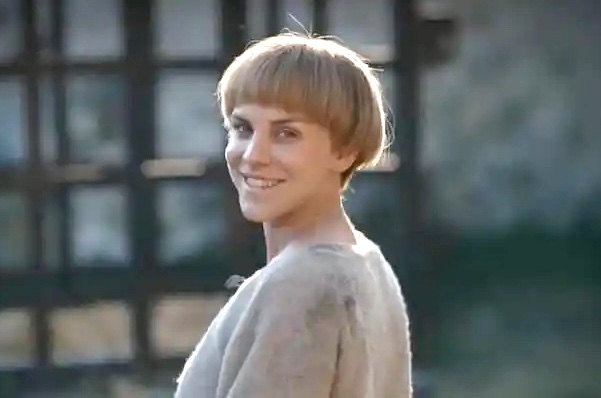 We do meet Joan of Arc, who has an excellent bowl cut and is an implausibly good hand-to-hand fighter. 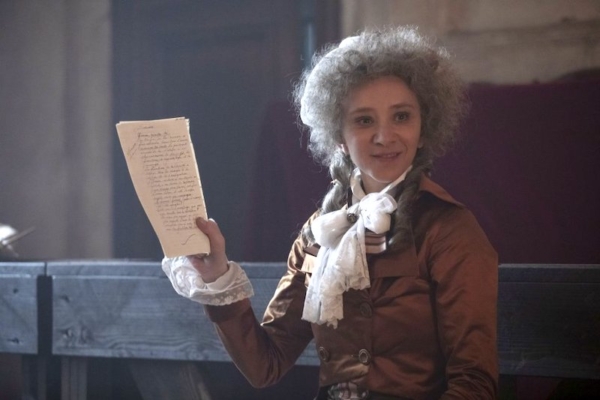 Olympe de Gouges, a prominent feminist during the French Revolution. 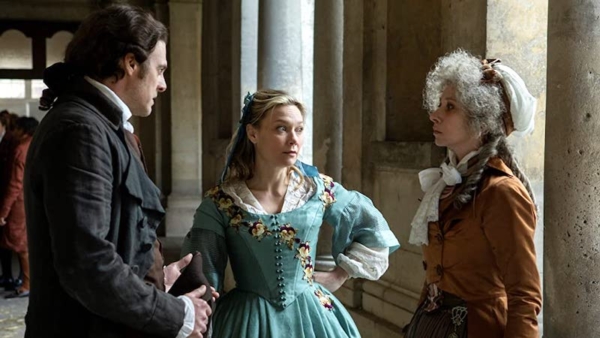 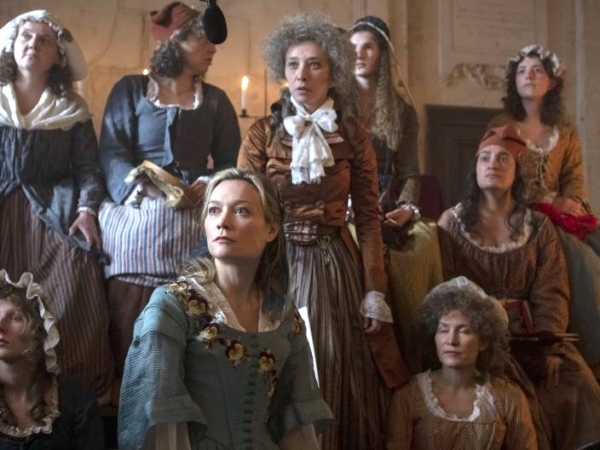 There’s a mix of different classes in this scene. I like all the stripes! And while some of the women have their hair down, at least they’re all wearing some kind of headwear? 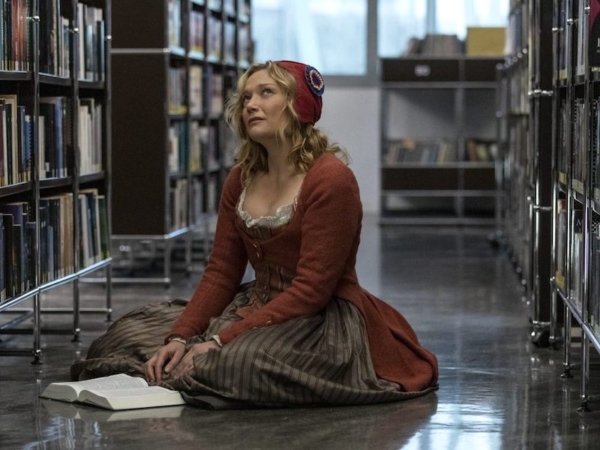 Eventually Charlie herself gets a lower-class late-18th-century ensemble. I like the cutaway jacket and stripey skirt! 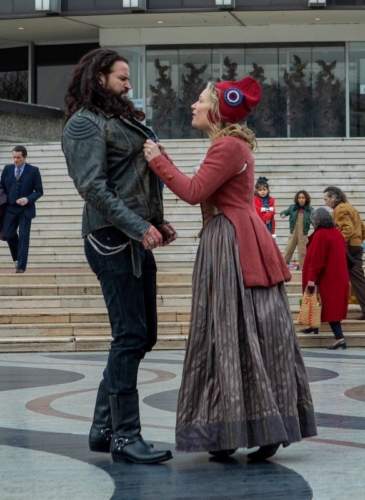 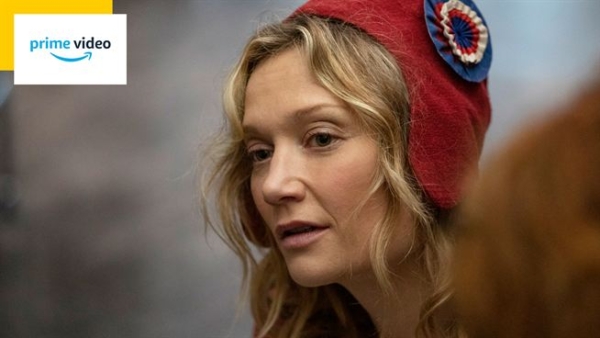 I will be extra nitpicky and point out that women by and large weren’t allowed to wear the revolutionary “Phyrgian cap,” but then Charlie joins Olympe in fighting the sexist revolutionaries for women’s inclusion, so I suppose it works. 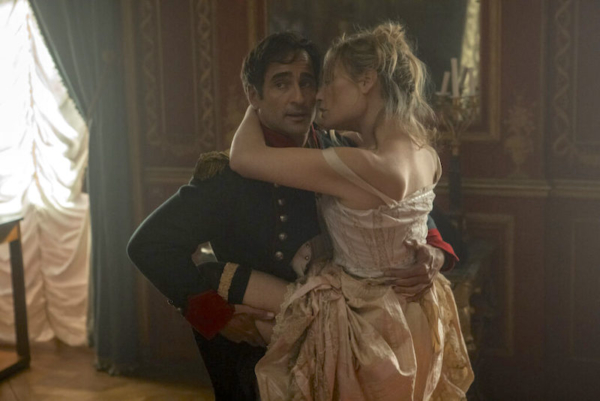 Charlie is basically in her underwear for the Napoleonic scenes. 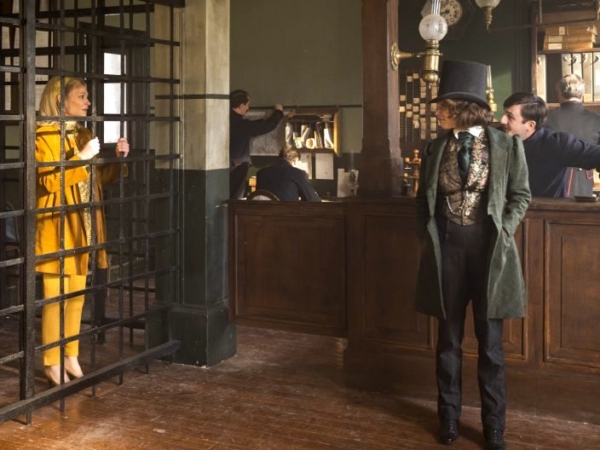 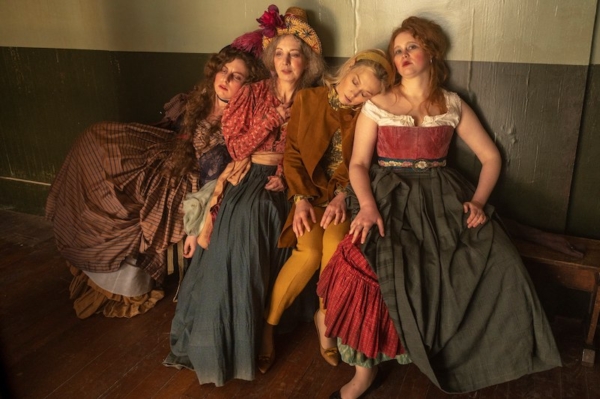 Charlie has been arrested for wearing men’s clothes; here she’s hanging with some prostitutes in jail. 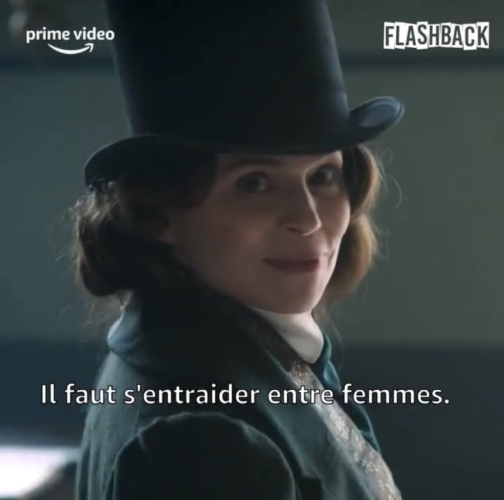 George is nicely dressed in menswear. 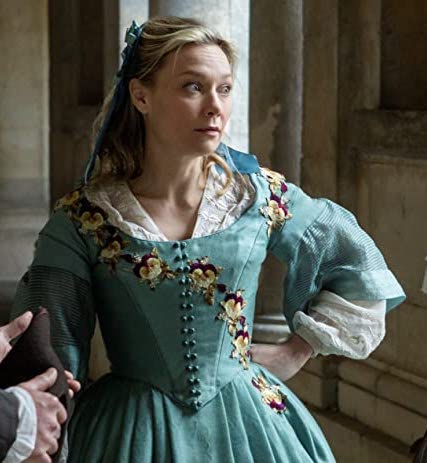 Eventually Charlie gets this outfit, which would be lovely if not for the pansy appliques placed totally randomly and clunkily, and also the hair down in back. 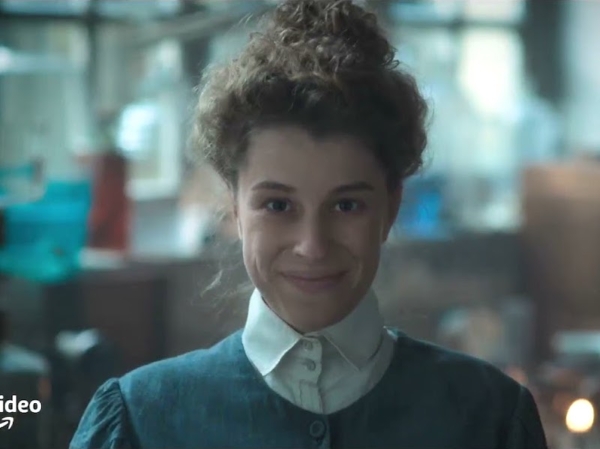 Marie Curie looking exactly like how I picture her. 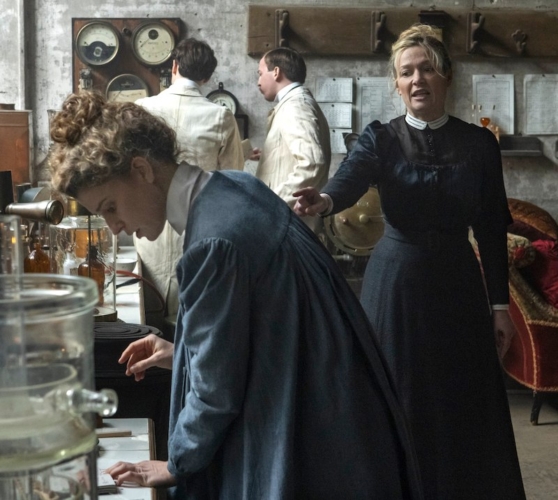 Charlie looks very typical early 1900s in her black blouse and skirt. Her response to being in Curie’s lab is hilarious! 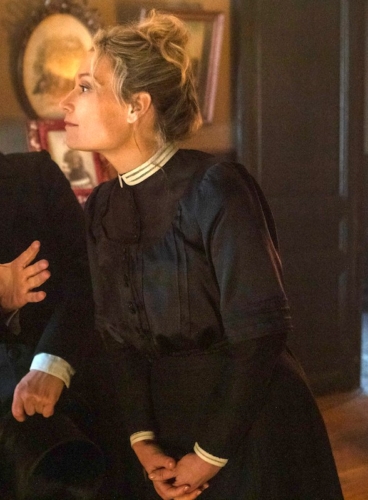 I like how the blouse has a “guimpe,” the neckline fill-in, as well as tucks and a contrast collar and cuffs. 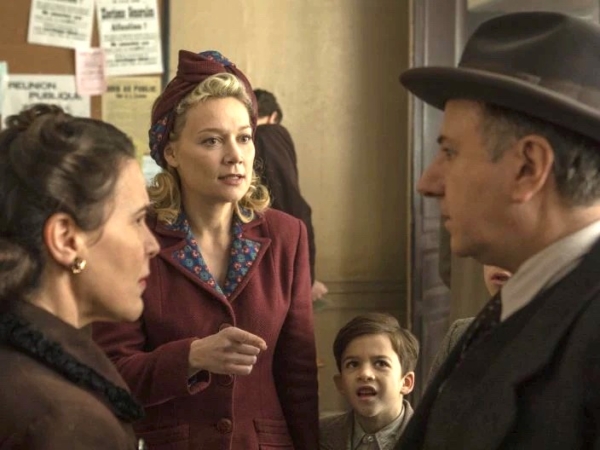 In 1940s wartime Paris, Charlie looks straight out of a period photograph. 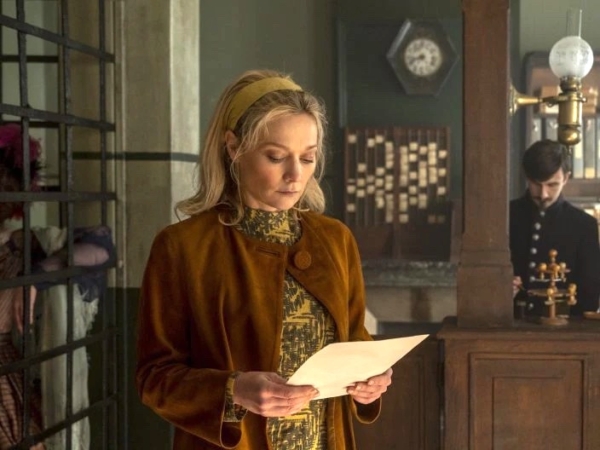 And her 1960s ensemble is in great colors!

You can catch Flashback on Amazon in the U.S., and I definitely recommend it!