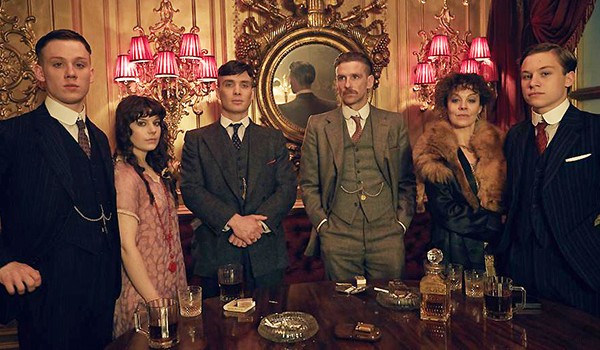 Does crime and grime pay? Well, judging by the historical costumes, maybe not. But Cillian Murphy, who plays Tommy Shelby, is pretty easy on the eyes. As the kingpin of the eponymous gang Peaky Blinders, I don’t mind wading through some questionable costume choices to see Murphy be all broody and tortured. The series he stars in, Peaky Blinders, is a sprawling family soap opera tucked inside a gritty historical crime drama, sprinkled with modern sex and drugs, MTV-style cinematography, and moody pop music. It was made by the BBC and is broadcast in the U.S. exclusively on Netflix.

The period is 1919 to 1922, so far, in working-class Birmingham, England (with excursions to London), and my biggest complaint is that someone can’t make up their minds if they want to costume this show for the late 1910s (reflecting slightly out-of-date clothes that would seem reasonable for this level of society, at least for the first season of the show) or very posh mid-1920s (with all the cliches you’d imagine about ’20s fashion; hello, fringey flappers). This is mostly apparent on the women’s clothes, because, let’s face it, one tweed suit of the era looks a hell of a lot like the other to most folks.

The first two seasons of the show do make a strong attempt at a period aesthetic. The set design, architecture, even the lighting all aim for a historical feel. Things like vintage opium-smoking paraphernalia are given lingering closeups to reinforce the time and place. The men’s haircuts and facial hair are usually right out of period photos. But other key details are lacking.

So let’s look at some of the historical costumes in Peaky Blinders, highlighting these five fashion crimes and misdemeanors… 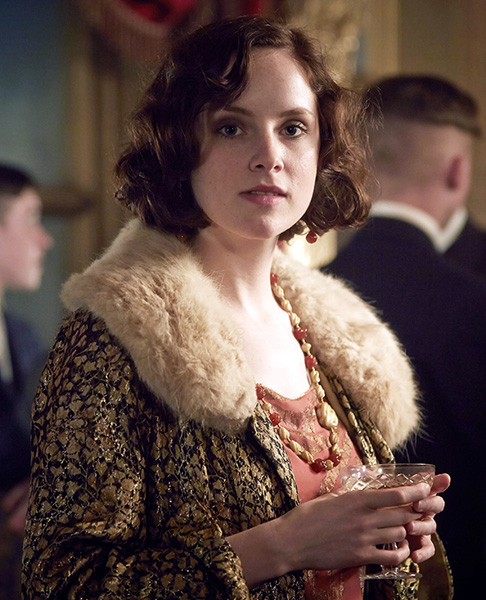 From the first time we see her, ostensibly in 1919, Ada Shelby has a bobbed haircut and is wearing drop-waist dresses circa 1925. This continues, in her wedding outfit with Frank (which is still in 1919) on through the bohemian ’20s outfits she wears as a solo mom. She’s totally ahead of the rest of the show, with no explanation why. Her Aunt Polly is in 1910s suits, other female characters like Grace wear simple teens-era blouses and skirts for the first series and slowly evolve towards ’20s styles in the second season, but Ada is completely fashion-forward from the minute we meet her in episode one. Makes no sense. She doesn’t have big money, and there’s no indication that this character is aping her betters. It’s just a bit sloppy. 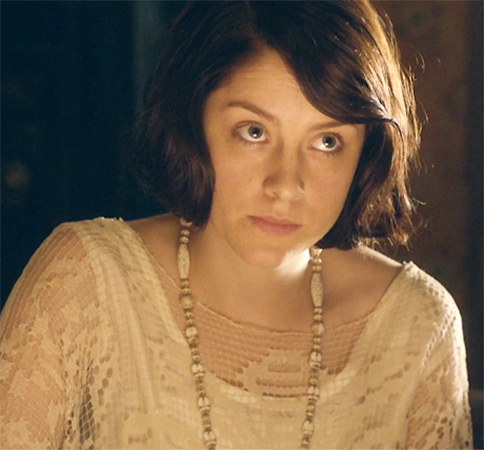 Look, it’s a crime drama, not a history lesson.

Likewise, all the London jazz club scenes use mid-’20s fancy dresses for all the women. Fringed  dresses, strings of pearls, bobbed hair, beaded headbands, you know the drill. Sure, it’s easy, it’s recognizable, and nobody but the purists care. Strangely though, the dressy gowns Grace wears (red at the racetrack dance and green to reunite with Tommy), are more in the 1910-1920s transitional style than the cliche flapper dresses. So the show could get the historical costume right, but not at scale. 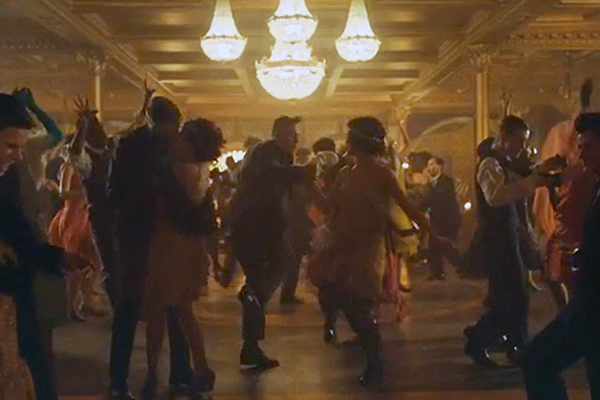 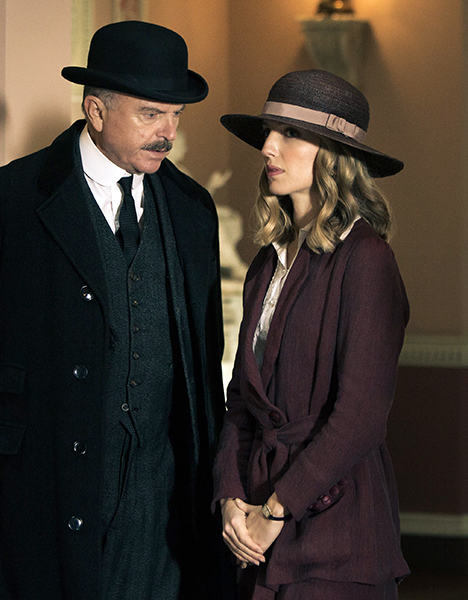 Super-spy Grace plays both sides; guess that leaves no time for hair-dressing.

None of the lead female characters seem to know jack about period hairstyling — Aunt Polly is a mature woman, but her hair is floppin’ around loose most of the time, Esme Shelby has scraggly locks that haven’t seen a brush much the less pins in years, and then there’s Grace Burgess, oh sweet angel of Galloway! You need a handful of hairpins, stat. 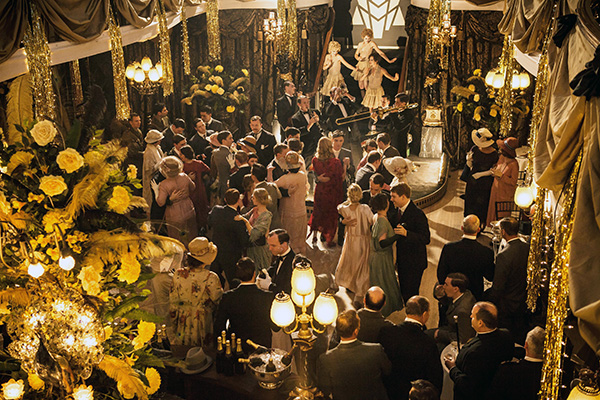 Look at this lovely dance party. Look at every lady’s hair, even the go-go dancers on stage. Then look for the woman in red … with her hair DOWN.

So Grace, remember when Tommy tried to pimp you out at the racetrack, back in the third ep, and you two danced, and Every.Single.Woman on the dance floor had her hair styled up except you? Gracie! Good gawd girl, get your hair up. 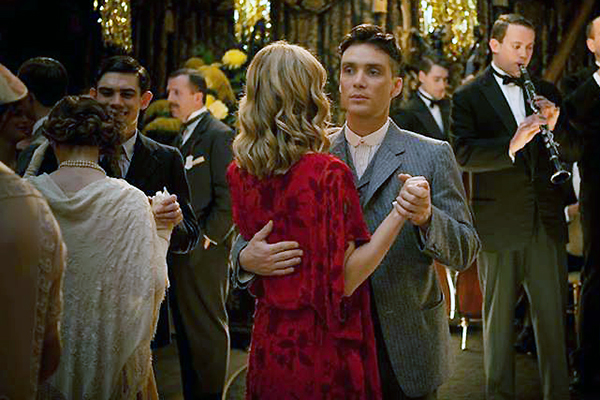 Maybe he thinks you’re a whore because YOUR HAIR IS DOWN. (Ok, then all the women in this show whores, whatevs, patriarchy.)

I guess the whole concept of hairpins was just too much for her, because Grace bobbed her hair when she showed up in season two. 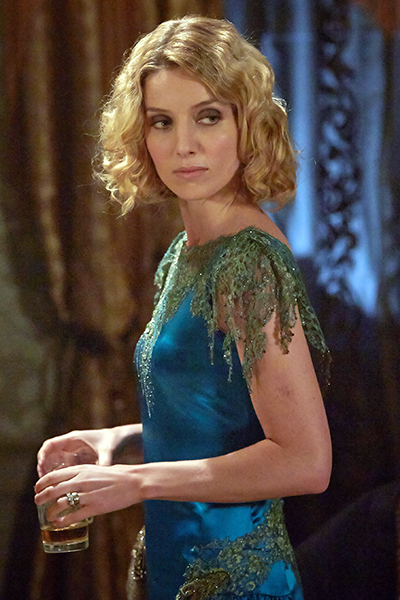 Can’t deal with gangster men and their expectations. Just cut my damn hair off. 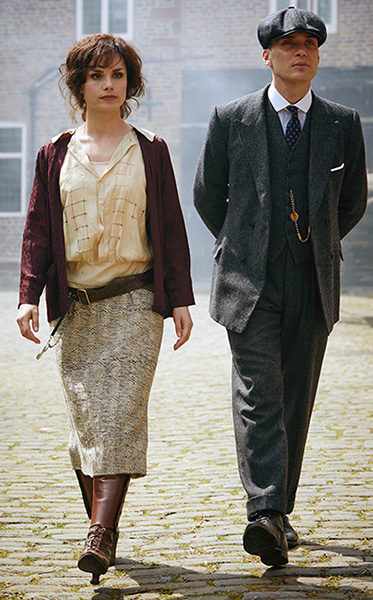 Mrs. Carleton, what a smokey eye you have there. She’s supposed to be a melancholy widowed aristocrat — so does that translate into super-heavy eyeshadow and black liner? May Carleton is made up for the movies or a nightclub crawl, not for training horses. You wouldn’t see that much eye makeup on, oh, Lady Mary Crawley or even Miss Bunting in Downton Abbey. It’s just weird and out of place for the period and her class level. Perhaps if she were going out for the night (see above with Grace in London). But with a skirt and cardi? I guess it fits with Peaky Blinders‘ music-video aesthetic, but that’s about it. 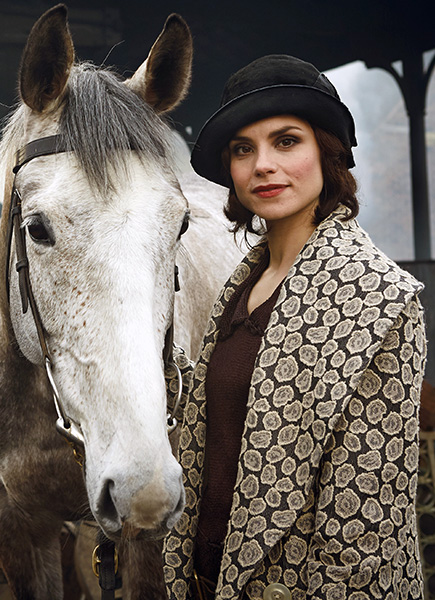 One of us is about to get rode hard and put away wet. 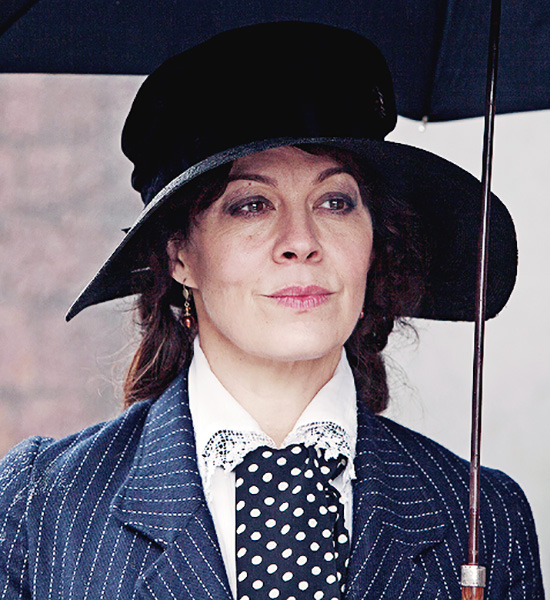 Do not mess with a woman who knows how to mix patterns.

This is the one consistently redeeming women’s historical costume feature of the show. Polly Gray, played by the always wonderful Helen McCrory, rotates through a couple of suits when she goes out and about for Serious Business. Very classy late-teens suits, including a very snazzy pinstripe number that she wears with a dotted scarf. Period pattern-mixing, FTW! Polly has a few other interesting outfits (like a fur-edged coat and her lace “going to church” veil), but the suits are her trademark. If she’s wearing a suit, whoa, watch out, shit is getting real and fast. 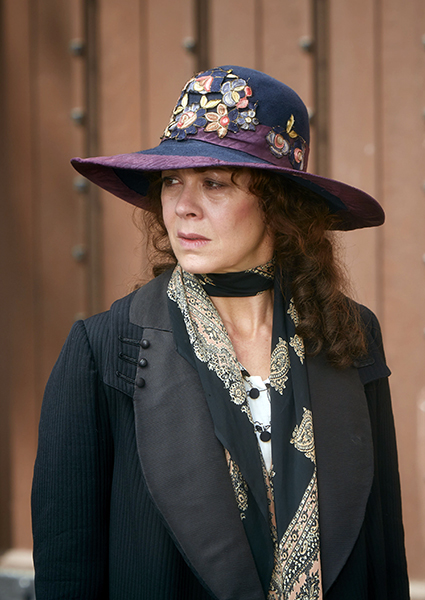 You have a problem with the random applique crap on my hat? Because I’ll cut a bitch. 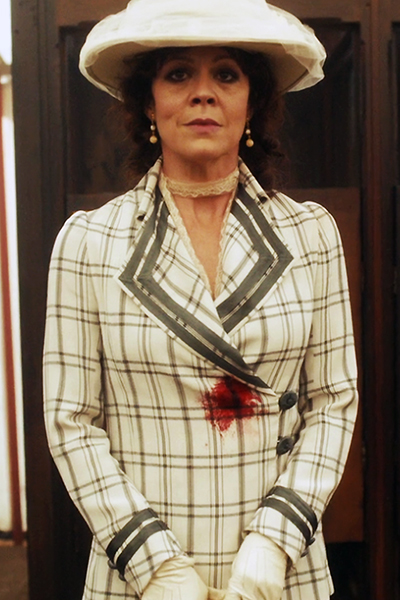 Those jerks are going to get my dry-cleaning bill, that’s for sure.

5. All About the Newsboy Cap 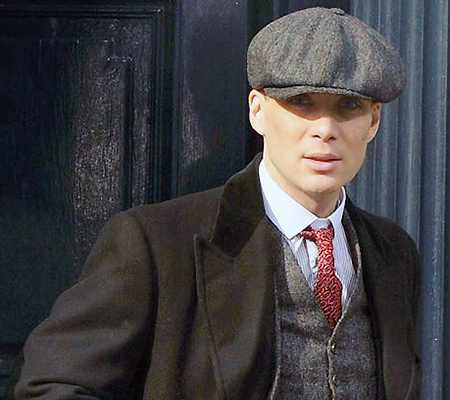 Here’s one for the boys. Every fellow in the gang wears one. And I’m pretty sure it is the classic “newsboy” style, because it appears to be made in eight pieces with a button on the top, giving it a fullness that the flatter “bonnet” style (sometimes called a driving cap or golf cap these days) doesn’t have. The newsboy cap was more associated with lower classes and criminals, while the bonnet was more widely worn by all classes, the gentlemen using it for leisure wear. So Peaky Blinders gets this right. 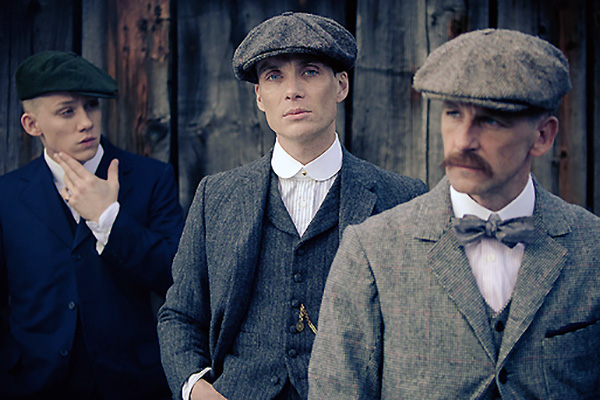 And let’s just linger on how blue Cillian / Tommy’s eyes are.

Have you watched this historical crime drama on either the BBC or Netflix? What do you think of Peaky Blinders costumes?